Since the record drives of the Porsche 919 Evo in Spa and at the Nordschleife, everybody knows, that Porsches loves to smash lap records around the world. Zuffenhausen’s motor sport department aimed at the lap record for street legal cars at Road Atlanta circuit this time. They brought the Porsche 911 GT2 RS to Georgia and trieb their best. With outstanding results… The two americans lapped the most famous track in Georgia in another road legal Porsche 911 GT3 RS just about one and a half seconds slower and posted a laptime of 1:26,24 minutes. Both cars used a road legal Michelin tire for their respective runs. Thanks to the hilly track layout, some awesome action shots were taken. The Porsche 911 GT2 RS, despite all its downforce trickery, even lost contact to the road surface at some points.

Even for a professional driver, huge power can be intimidating.

Race driver Donohue described it as an “incredible experience” to thrash the biturbo six cylinder around the big dipper, that Road Atlanta is. The sheer power and performance capabilites of the fastest production 911 even impressed the otherwise cunning, former GT world champion Pobst: “Even for a professional driver, huge power can be intimidating”, he admitted. But due to its superior traction, the phenomenal brakes and the immense amount of grip, thanks to the aerodynamics and the tires, the Porsche 911 GT2 RS always remained in control and distinguished itself as a pretty managable car. 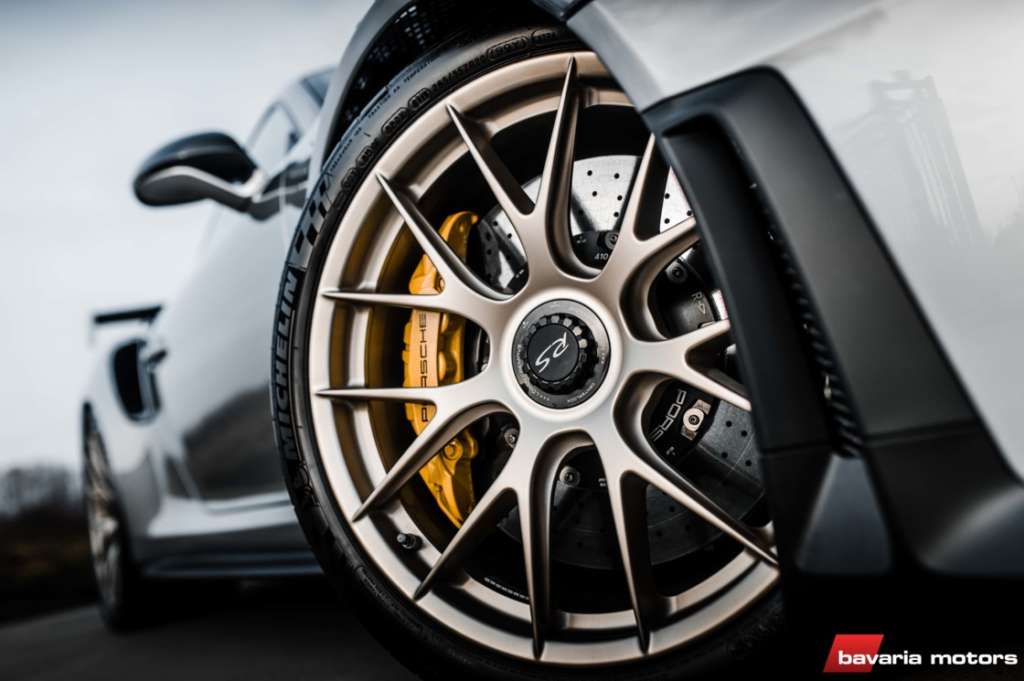 The president and CEO of Porsche Cars North America, Klaus Zellmer, was ecstatic about the results, Pobst and Donohue achieved. PCNA’s headquarter is just 60 miles away from the track and Road Atlanta holds a lot of great memories for Porsche. Zellmer told, the whole team is “thrilled to set the production car record”.