Porsche 964 Turbo S Lightweight – the wildest Turbo of them all 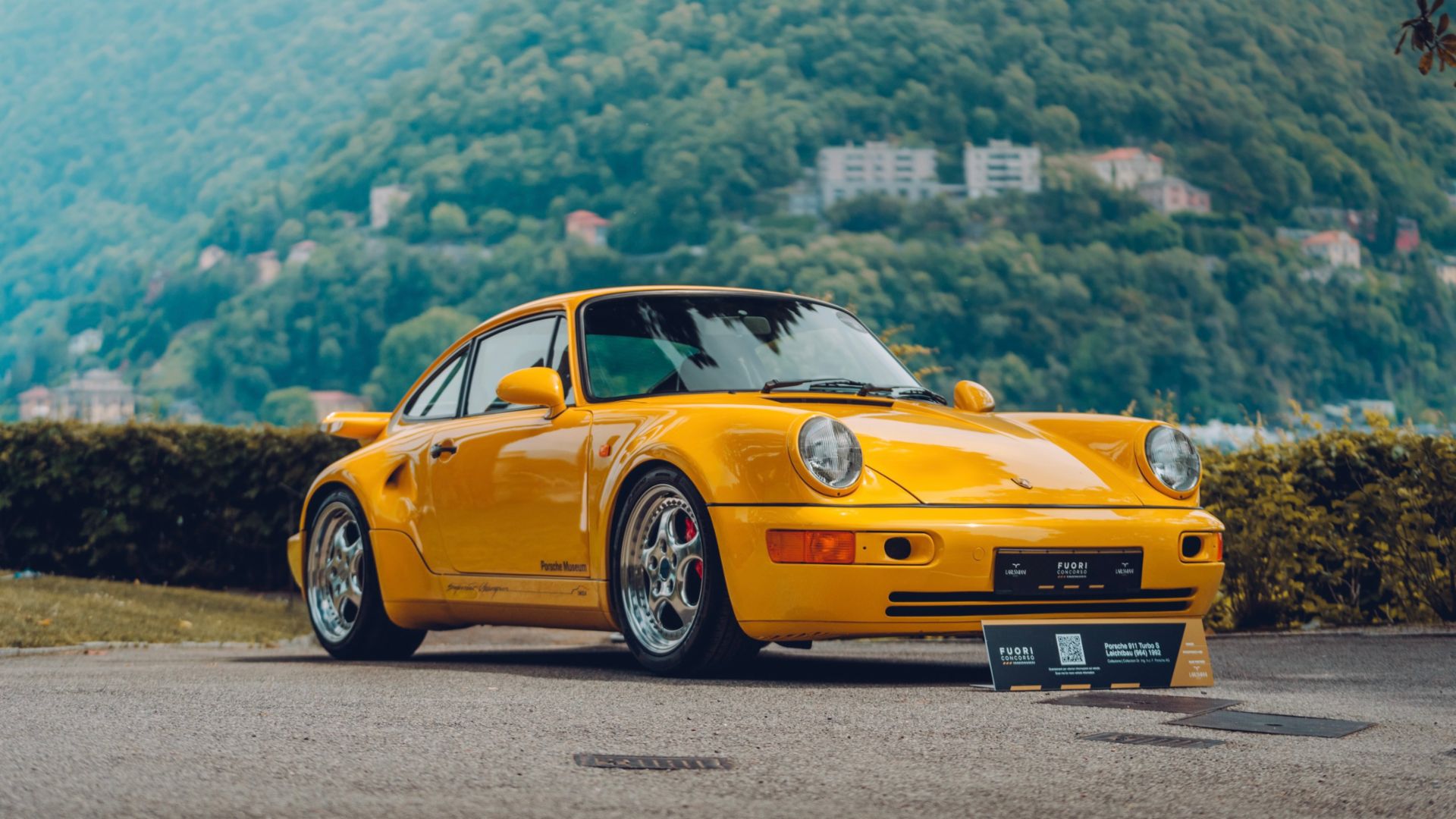 The Porsche 964 Turbo S Lightweight comes from a time when Porsche was struggling economically. In the early 1990s, the company was on the verge of bankruptcy. Rolf Sprenger, initiator of Porsche’s Sonderwunsch program and head of Porsche Exclusive at the time, had an idea. Sprenger wanted to build an RS version of the Porsche 964 Turbo 3.3. The result was 86 vehicles that broke with the classic virtues of the Porsche 911 Turbo.

At the end of 1991, Porsche’s Executive Board underwent a caesura following the departure of Ulrich Bez. Horst Marchart, who was later also responsible for the Boxster, took over Bez’ post as Board Member for Research and Development. He was to create new models to make Porsche profitable again. Rolf Sprenger’s proposal, submitted at the end of ’91 or beginning of ’92, probably came in handy for Marchart.

A sportier version of the Turbo was planned. Sprenger submitted the proposal under the working title Porsche 964 Turbo “RS” (lightweight construction). The Board of Management probably took the basic decision in January 1992, after which everything happened very quickly. As early as spring 1992, Porsche presented a prototype of the 964 Turbo S Lightweight at the Geneva Motor Show.

Visually, the Turbo S differed significantly from the 3.3

Even on the outside, there were major differences between the Porsche 964 Turbo S Leichtbau and its siblings. Instead of fog lights at the front, it had air intakes for brake cooling. Porsche also integrated air intakes in the flared rear fenders. This styling element later became the distinguishing feature of all water-cooled Porsche 911 Turbo models. Combined with a flatter rear spoiler and the rear panel of the Porsche 964 Carrera RS, it inevitably attracted attention. It also made a statement when it came to the rims. The three-piece 18-inch Speedline wheels are a real feast for the eyes.

The Porsche 964 Turbo S Leichtbau’s inner values also had it all. Sprenger’s people subjected the Turbo 3.3 to a drastic diet. Its hood and doors were made of plastics, the rear and side windows were made of thin glass, insulation was dispensed with. Even the air conditioning and power steering were removed. In total, the Lightweight weighs a whopping 180 kilograms less than the 3.3. In addition to the weight reduction, work was also carried out on the engine. The engineers coaxed 61 additional horses out of the 3.3-liter turbo unit. This was made possible by modified camshafts, 0.1 bar more boost pressure and an optimized ignition and injection system. The result was 1,290 kilograms and 381 hp for the wildest of all turbos.

In a Sprenger in-house memo dated 17.01.1992, it was still stated: “A quantity limit for the small series is not to be specified for the time being. It is assumed that quantities of between 20 and 50 vehicles will be achieved.” Sprenger suggested an advance payment of 30,000 DM on conclusion of the contract, with a sales price of less than 300,000 DM.

Decisive for a successful sale of these vehicles is the special technical equipment in terms of torque and power of the engine, driving performance and visual appearance.

In another internal memo, dated 22.05.1992 Sprenger already became much more specific. The car here already had the later name of the production vehicle – Porsche 964 Turbo S Leichtbau or Lightweight. In it, he specified a final number of 80 units for the small series. The original target of 20 to 50 Turbo S Leichtbau produced thus quickly proved to be too conservative. In the end, a total of 86 vehicles were produced.

Production of the lightweight Turbo required the greatest effort

“The vehicles are to be built between calendar weeks 24 and 39. […] The construction of the vehicles is extremely critical from a scheduling perspective. I ask all agencies involved to help in a very flexible and unconventional way,” Sprenger said in the forementioned memo. Moreover, the purchase price was set to DM 295,000. Adjusted for inflation, that would be more than 250,000 USD today. In return, customers received a 290 km/h Porsche 911 Turbo that reached 100 km/h from a standstill in 4.7 seconds.

The strict diet makes the driving experience much more pure than in your regular 964 Turbo 3.3 or 3.6. We’re talking about a rear-wheel-drive Porsche 911 Turbo here, which weighs 45 kilograms less than a 930 Turbo 3.3 and has 81 horsepower more! Compared to the 993 Turbo, it’s even 210 kilograms lighter, only being 28 hp shy! Its performance figures are still impressive today. That makes it as interesting as it is stable in value as an ingenious driving machine.

In 2021, prices were still just below one million euros/USD. If a Porsche 964 Turbo S came onto the market today, it would almost certainly be at seven-figure prices. At RM Sotheby’s one each went over the table in January and March 2022 – for USD 1.3 and 1.1 million, respectively. That corresponds to a return of almost 300 percent in three decades. Not bad at all for a vehicle with these qualities! 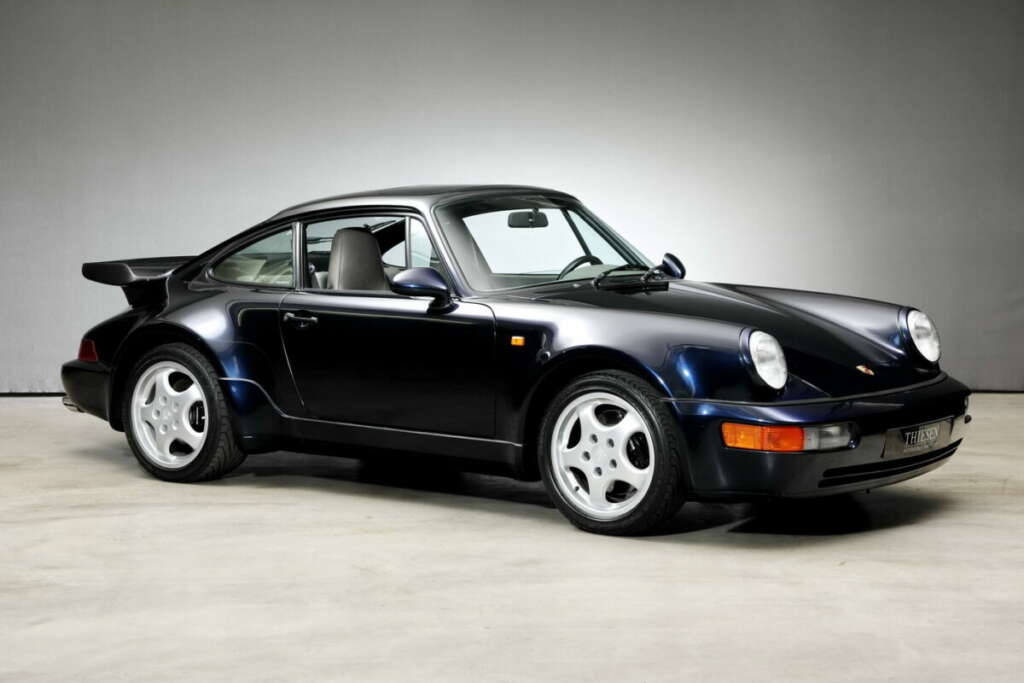 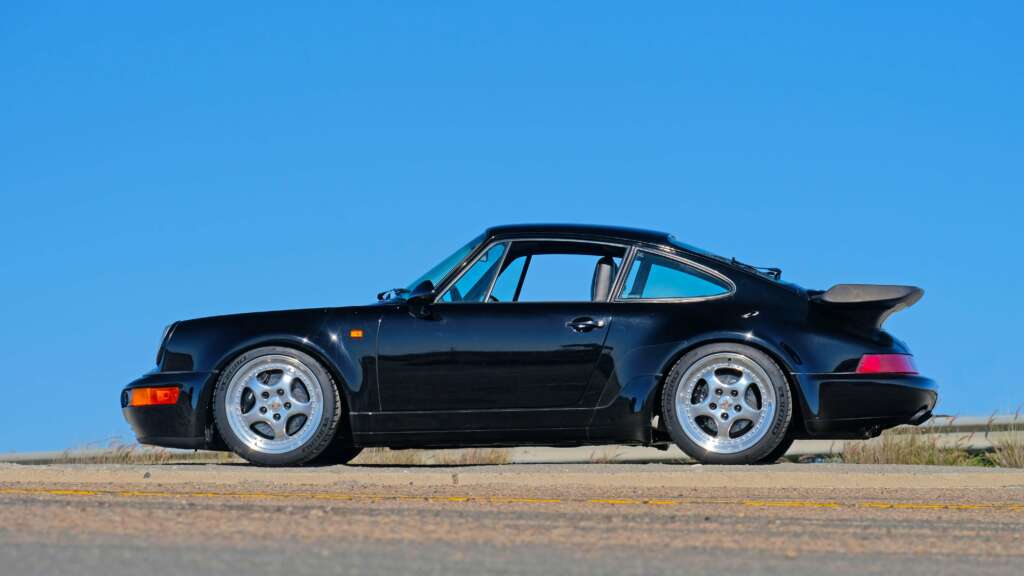 Share "Porsche 964 Turbo S Lightweight – the wildest Turbo of them all" with your friends!