We are proud to present this incredibly rare, UK delivered Porsche 356 Pre-A cabriolet which has undergone a long-term meticulous ground-up restoration and mechanical rebuild to concours standard at our Classic Porsche workshop in Cranfield.

Chassis #60791 was completed at Stuttgart, Zuffenhausen in April 1955 and supplied new as a Right Hand Drive model via AFN Limited, Isleworth. It was original presented with Pearl Grey (5407) body colour and Dark Brown leather interior, this scheme is still current on the car today. With only a handful of RHD 1955 final year production Pre-A cabriolets built, we believe chassis number 60791 to be the only car to retain its matching numbers engine and transmission.

According to Porsche records it appears there were only 10, RHD 1955 Pre-A Cabriolets built and only 2 are known to have survived and this car in the only matching numbers example!

BACKGROUND TO THE 356 PRE-A CABRIOLET

Porsche’s first series-produced 356 cabriolets appeared in 1950, with Karosseriewerk Reutter building five examples and Gläser of Dresden issuing another 33. Production ramped up with Reutter assuming all 356 cabriolet production in 1954 and continuing production through to the end of the 356 series in 1965.

As it was both luxurious and expensive, the model enjoyed popularity with touring drivers, and its fixed windshield, a different convertible top and fully bolstered seats made it a comfortable choice for all-day cross-country travel. Of all the refinements, it is perhaps the top itself that improved the driving experience the most, with numerous layers and padding to dampen noise and keep out the cold. The cabriolet would become the spiritual ancestor of numerous luxury sports cars from Zuffenhausen.

According to the Cardex it states the Pre-A Cabriolet originally left the factory finished in Sand Grey paintwork with a Dark Brown Leather interior but conflicting record show the car as being delivered in Pearl Grey.

A letter from Porsche noted that John Adlington remembers selling the car to the first owner a Mrs Mead who was nicknamed ‘Mrs Twinkle’ by the mechanics at AFN because she would remain seated in the car when works were carried out under the dashboard. She also kept her large dog in the car who regularly broke the passenger window!

Mr Brierley had the car repainted into yellow and he covered 6000 miles during his ownership.

Pictured below is David Cleaver giving the Pre-A a quick wash and polish in the late 1980’s!

When Mike Smith of PR Services purchased the car in. 2003 he remembered the car as being in quite a mess. He found a record of the car having had a front end accident in 1962 (AFN cardex) and Porsche had in fact repaired the car with a later type front suspension (Porsche did this sort of thing back in the day).

Over several decades the car had undergone several changes of colour and had been subjected to some wet English winters which had left the car looking very tired and unloved.  Mike decided to carry out a full restoration which was the only option with a car of such rarity he employed the services of Classic Porsche restorers Sportwagen to undertake the body shell restoration.

The following pictures show the condition of the body shell prior to the restoration.

A comprehensive body shell restoration was completed by Sportwagen with the car being carefully dismantled to a bare shell and all parts inspected and documented.

Export 56 purchased the vehicle in November 2016 and completing the restoration in 2019.

All restoration works have been fully documented, please contact us for a full program of works carried out to the car.

Reunited with the original engine after 30 years!

The engine parted company with the car over 30 years ago, It was found by Paul Smith of PR Services who recalls he was purchasing a collection of 356 parts from a customer and stubbed his toe on an engine under a plastic cover and on further inspection it was Engine No: P34694, the original engine from 427 DMP! 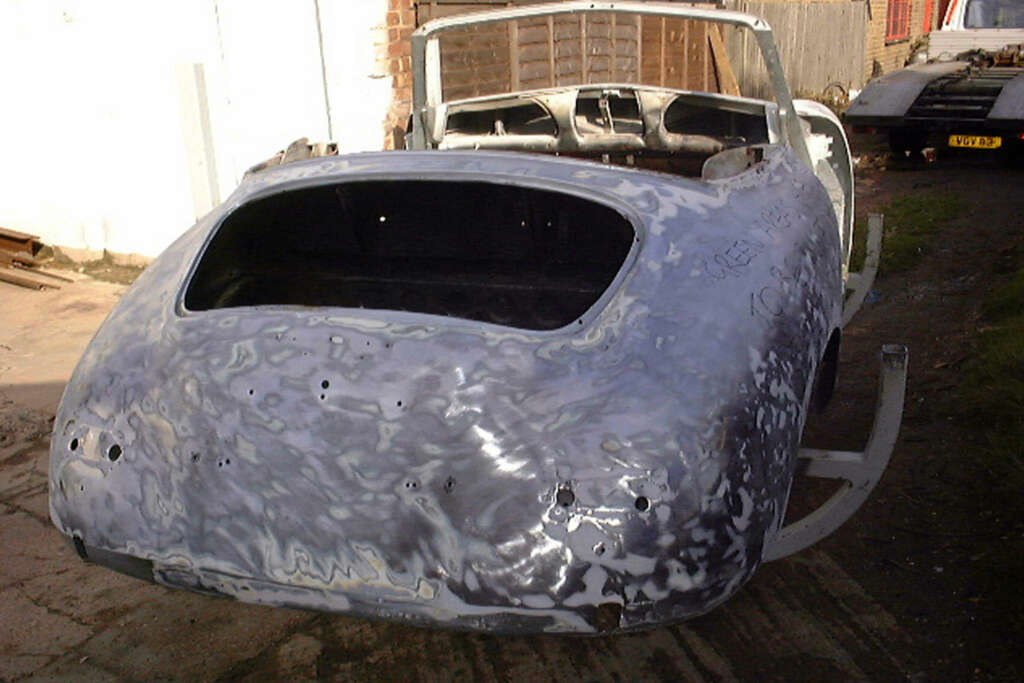 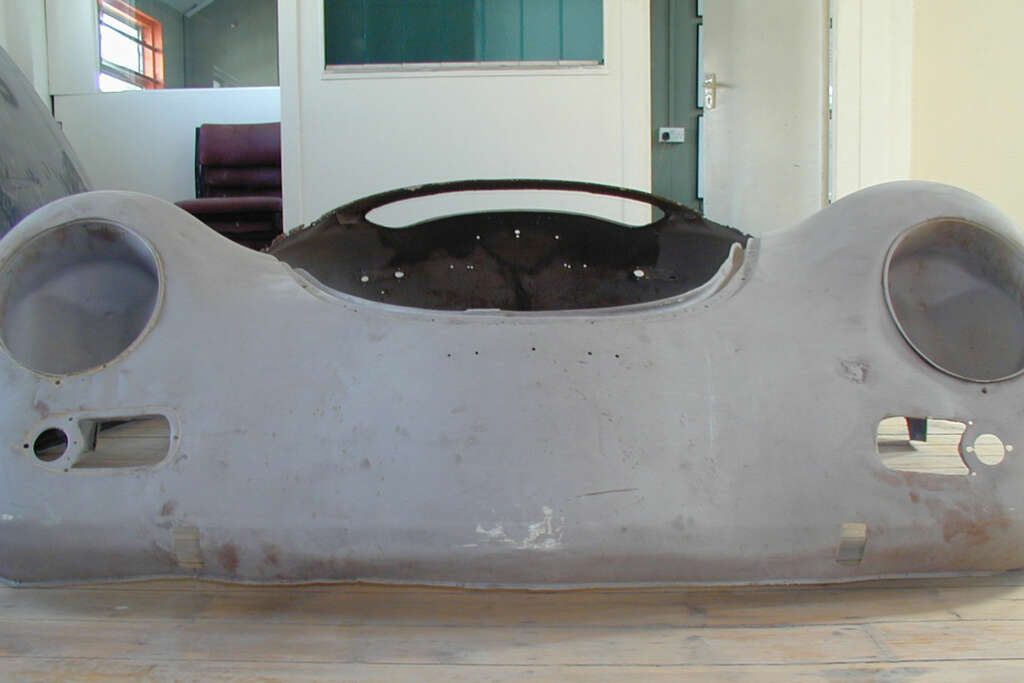 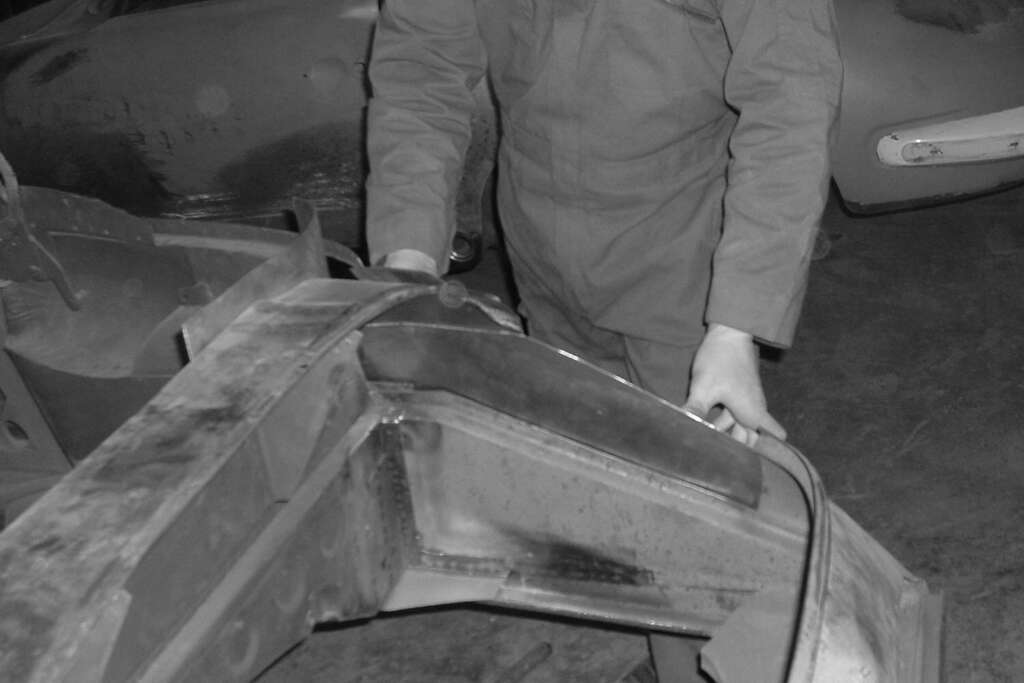 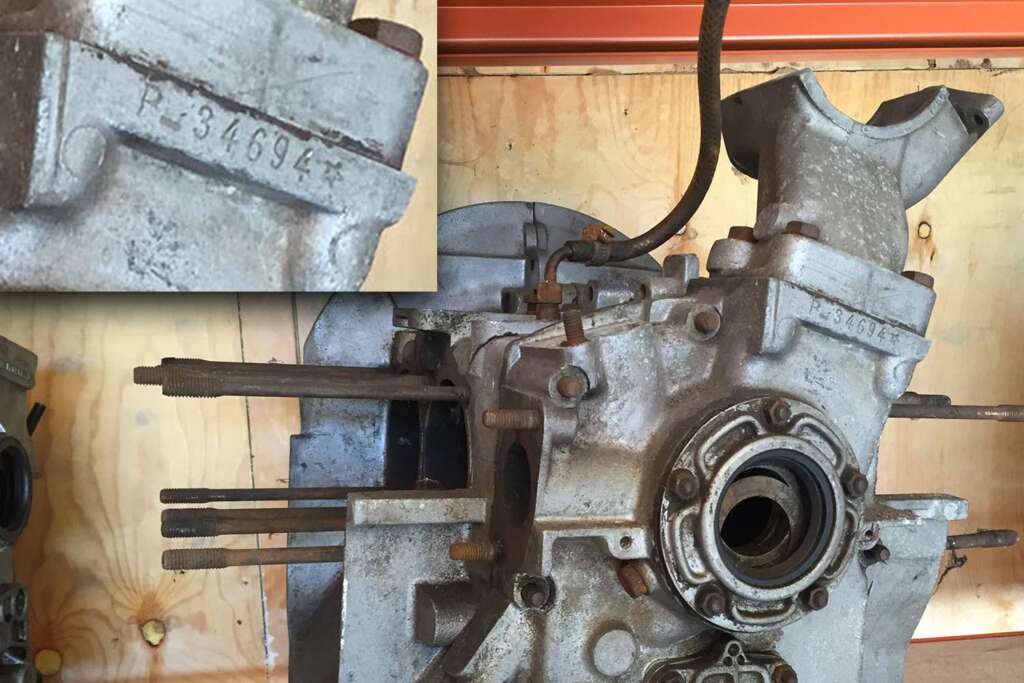