Stunning Porsche 911 Carrera 3.2 Targa sold new in Germany in April 1989. Unit with G50 manual gearbox with only 98.439km on the odometer. Imported to Spain in 2021 and registered with historical registration.

A fantastic opportunity to enjoy one of the last 911 Carrera 3.2s built in its most attractive bodywork. 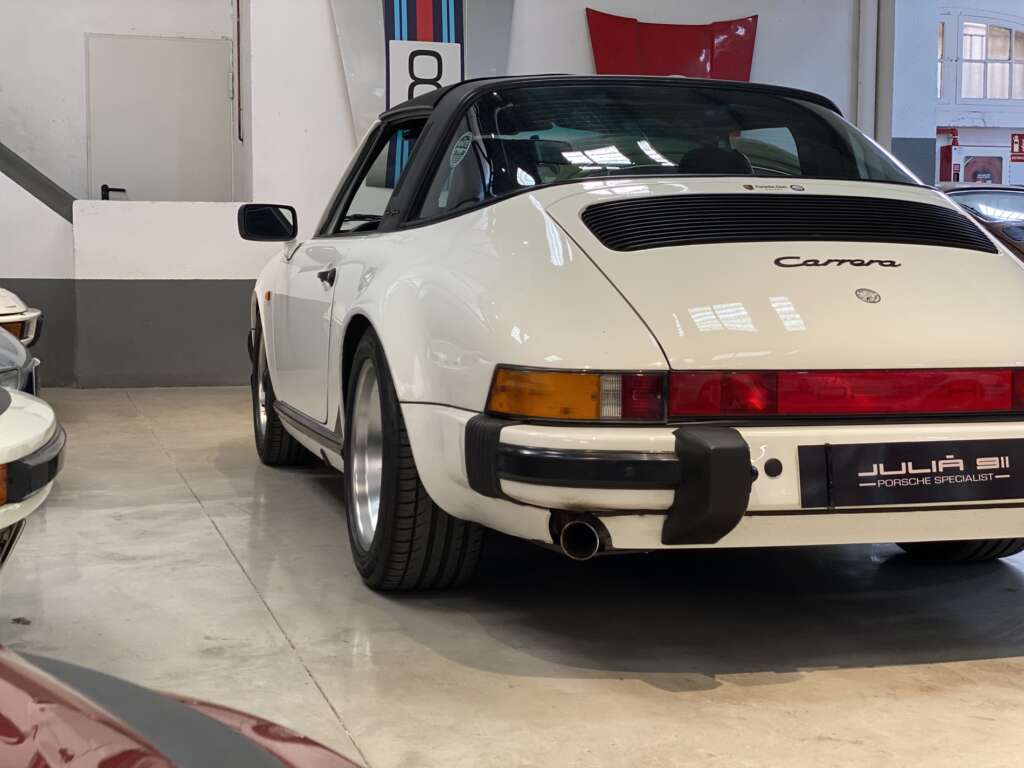 White Grand Prix (L908) with black interior. The seats have recently been restored and the central part has been upholstered with the iconic Pepita print. Radio K7 Blaupunkt Autoreverse “Verona” SQR 29.

Original Books, invoice history,….More details on the vehicle’s history will be forthcoming.

Unit with attractive and exclusive extras, such as the differential lock (option 220) or the Shortshift lever kit (option 243). Both equipments greatly improve the dynamic behavior of the car and very few units equip them, which considerably increases the special interest of this unit.

Starting with the 1987 models, the Porsche 911 began to mount the “G50” type gearbox, a more modern gearbox than the previous “915” type. This new 5-speed box is highly regarded for its smoother, more precise handling, making 911s that carry it more valued and sought after.

This version is a Catalyzed unit. At the time in Europe it was not yet mandatory for cars to mount a catalytic converter, but in some countries like Germany, given the growing ecological sentiment, Porsche offered the possibility of acquiring versions with or without a three-way catalytic converter and with a Lambda probe. The first owner of this unit requested it with a catalyst and prepared to use unleaded gasoline, that is why the engine code 930/25 appears on the label under the hood and option 298 appears on the list of options. performance, in the exercise from 0 to 100 km/h, the engines with a catalytic converter lose only two tenths of a second compared to those without it (6.1s against 6.3s). 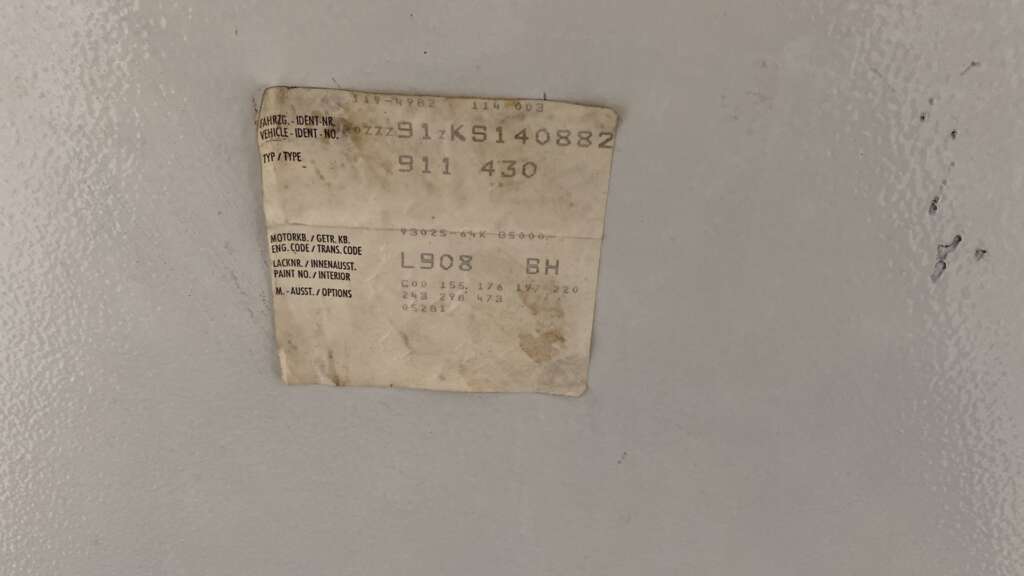