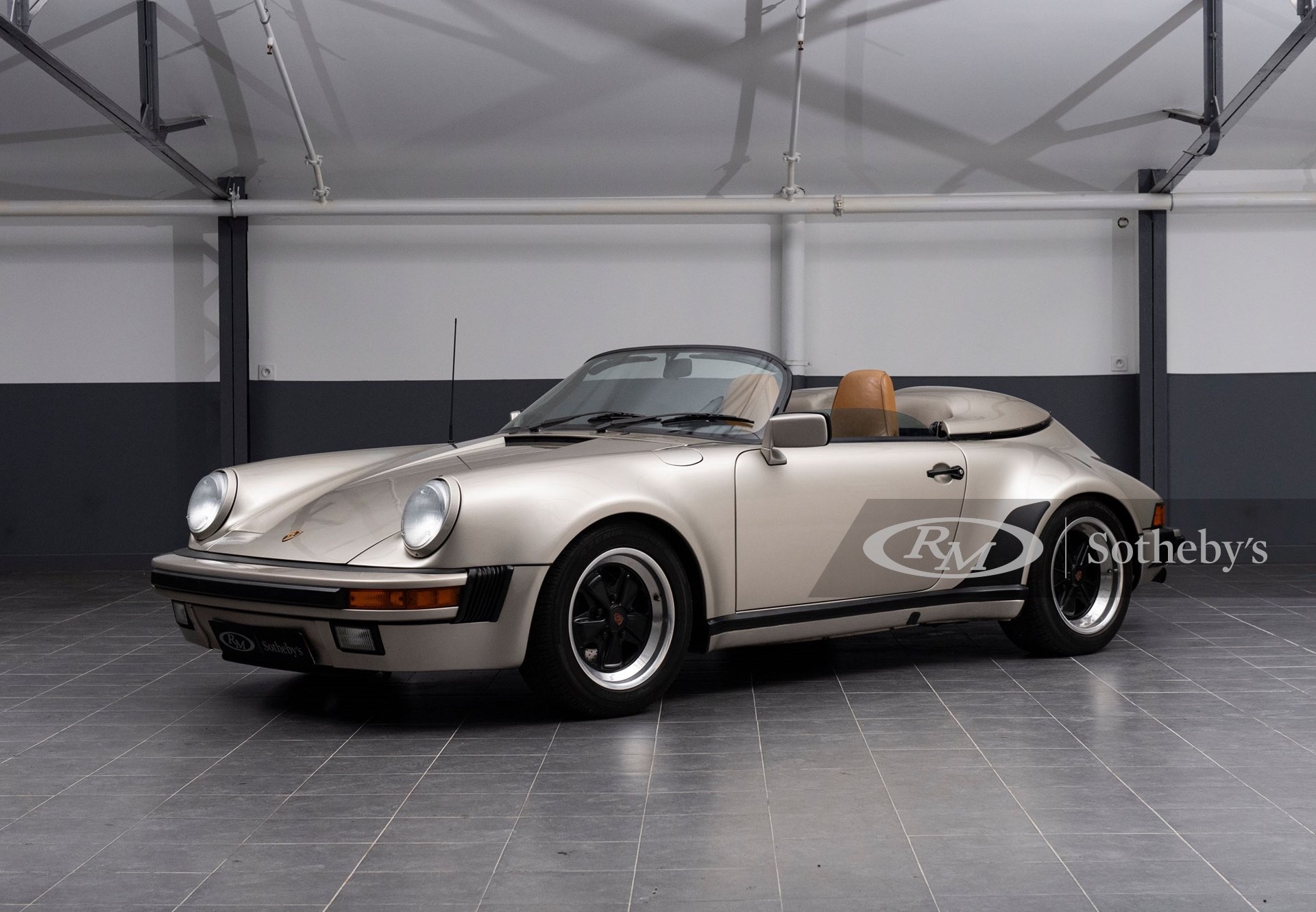 Photographed on the cover of the January 1990 issue of Road & Track magazine – Collected by its first owner at the factory in Zuffenhausen – Exceptionally well-optioned; still finished in its original colours – Odometer shows under 28,000 miles at the time of cataloguing – Retains numbers-matching engine per copy of Porsche Certificate of Authenticity on file An early production example, this 911 Carrera Speedster was built with the wide-body ‘Turbo-look’ body style and designated as a U.S.-production example. Completed by Porsche in April of 1989, it was finished in Linen Grey Metallic over a Cashmere Beige and Black leather interior. It was fitted with the California state emissions system and options extras include a Blaupunkt Charleston radio, a shorter gear lever, comfort seats, air conditioning, and velour carpeting in the luggage compartment.

Prior to being shipped to the United States, the Speedster was met in Zuffenhausen by its first owner, Mr. Raymond Benford of Santa Ana, California. Upon arriving in California, the Speedster was leant to Road & Track magazine, where it was featured in a lengthy article and on the cover alongside a 356 Speedster. According to the accompanying Carfax, the car has remained in California until 2019 when it was purchased by Mr. Guikas and shipped to France. With its odometer showing less than 28,000 miles at the time of cataloguing, the Porsche would be an exciting addition to any collection.