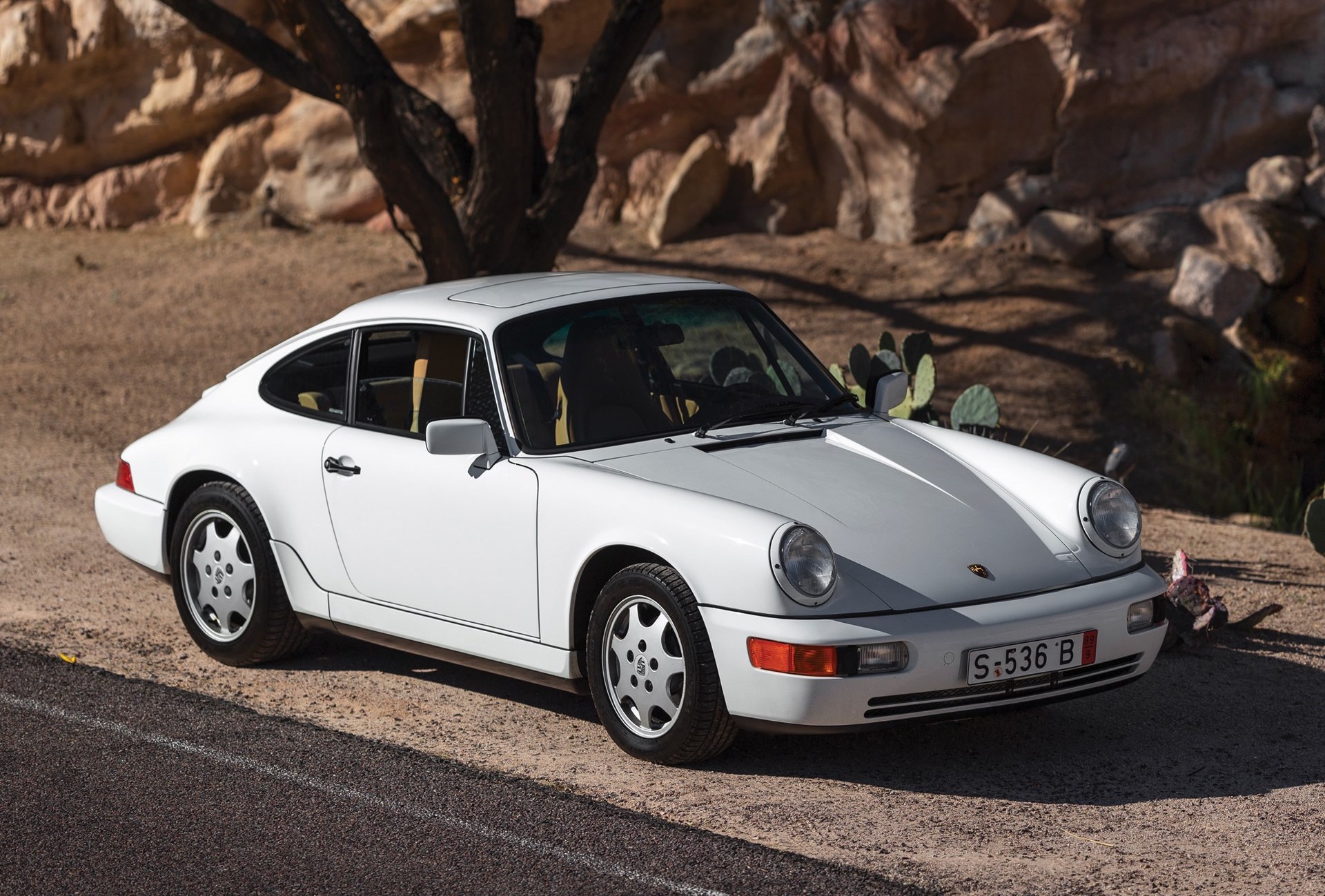 Bowing in late 1988 for the ’89 model year, the 911 Carrera 4 looked much like the most recent 911, barring smoother bumpers and side sills. The outer shell may have deceived more than usual, as the new 911 has been suggested to be a direct descendant of the unforgettable and quite remarkable twin-turbocharged 959. The 964 “C4” was termed by at least one commentator as the “people’s 959.” Part of the new-for-1989 K Series program, the Type 964 Carrera 4 was presented with all-wheel drive, four-wheel ABS disc brakes, coil spring suspension, and numerous aerodynamic improvements which ushered in the next generation of the 911. Although Porsche continued with the distinctive body design, about 85 percent of the 964’s parts were new. The new 964 generation was the most slippery air-cooled production 911 yet built.

Presented here is one such K-Series Carrera 4 in its original White over Beige leather color combination. In pristine condition throughout, the Carrera boasts just over 11,400 miles from new. According to the CARFAX on file, this 911 was first registered in December 1989 in Pennsylvania with just 1,000 miles on the odometer. It remained in Pennsylvania for a few decades, with a new owner reported in 2009. After a 2015 service where four new tires were mounted, and a 2017 maintenance inspection, both in New Jersey, the Carrera 4 moved on to Arizona in 2017.
Now reading just 11,417 miles, and still wearing its original paint, this 911 Carrera 4 coupe is the perfect option for any Porsche collector to drive and enjoy. 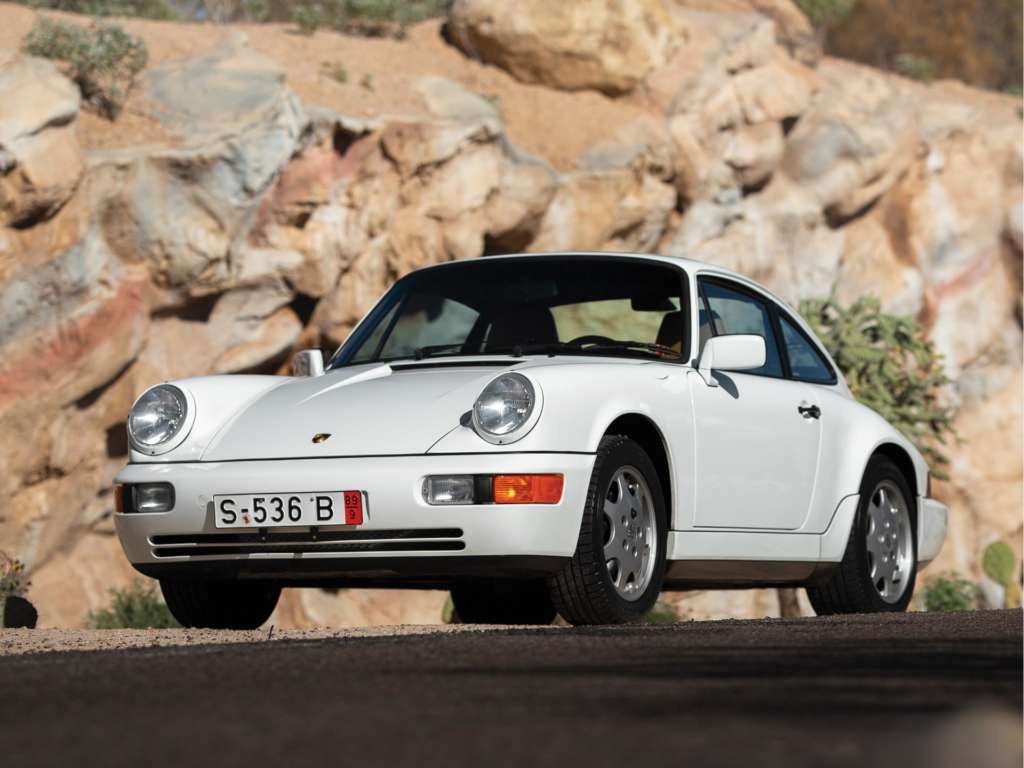 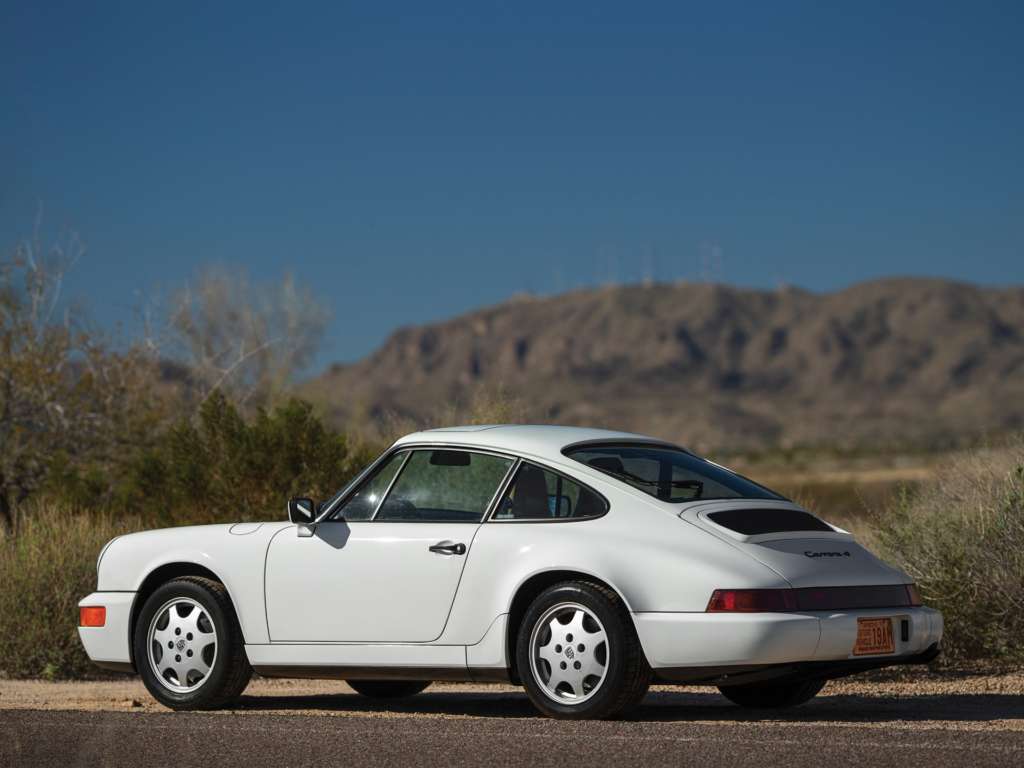 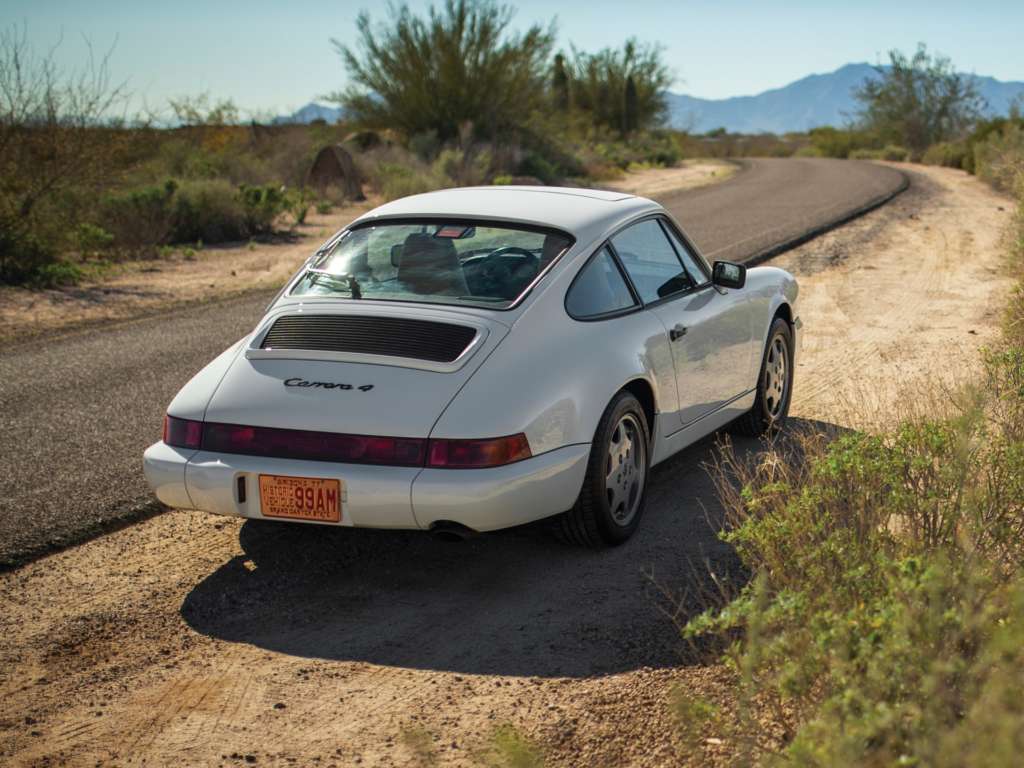 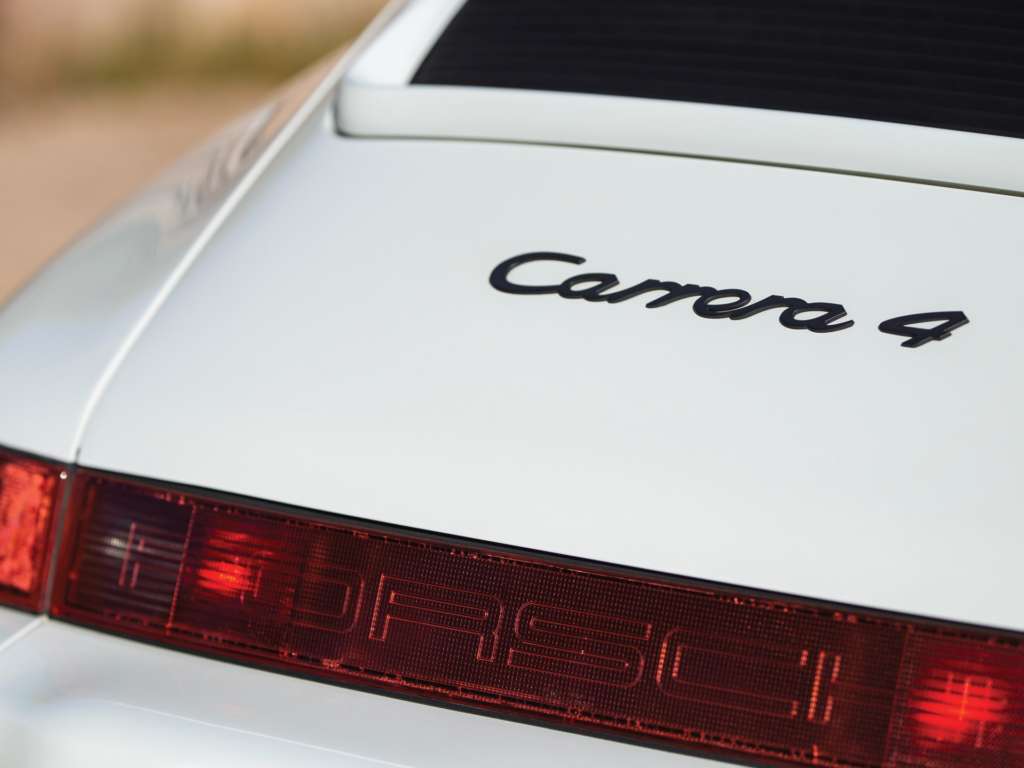 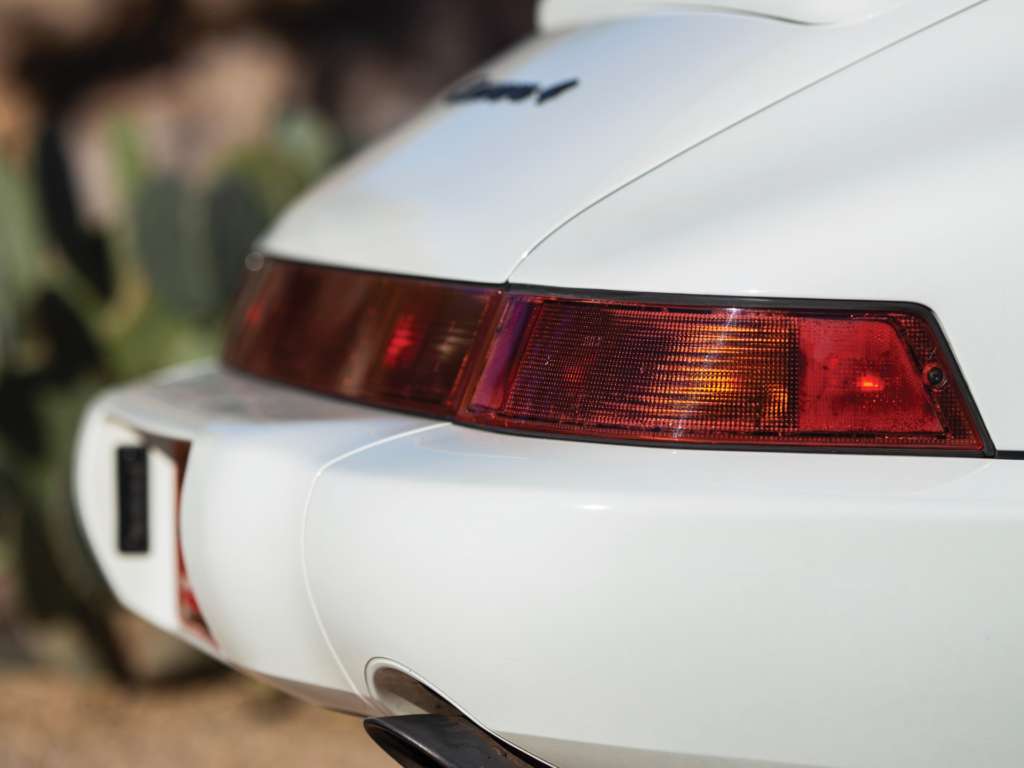 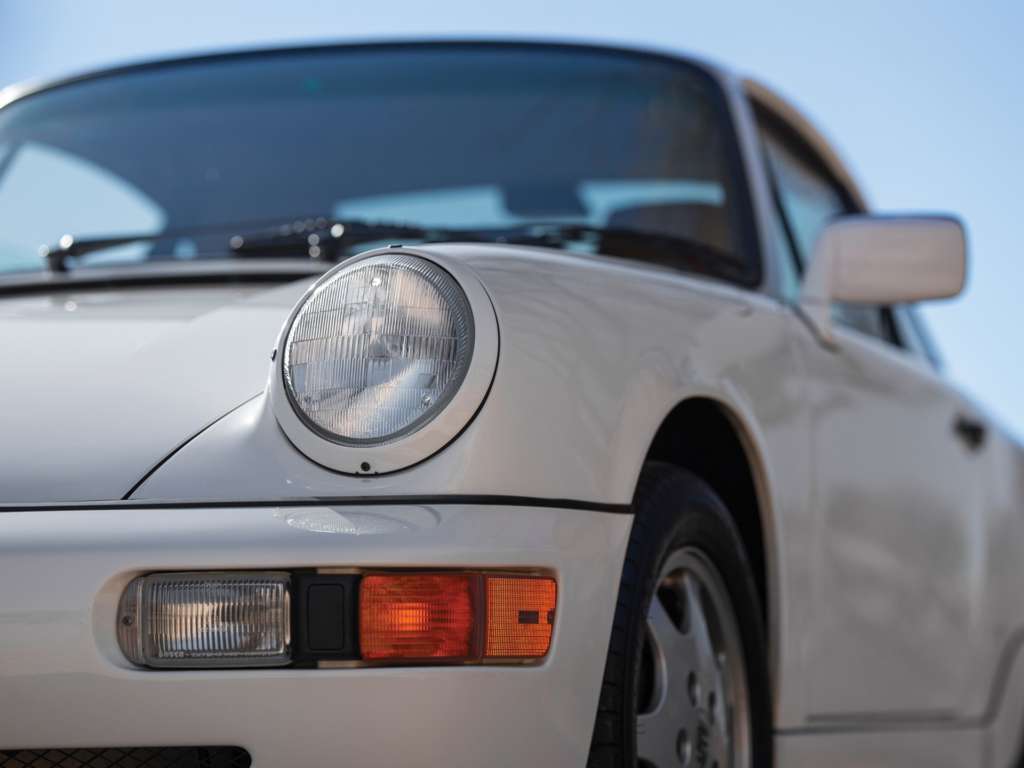 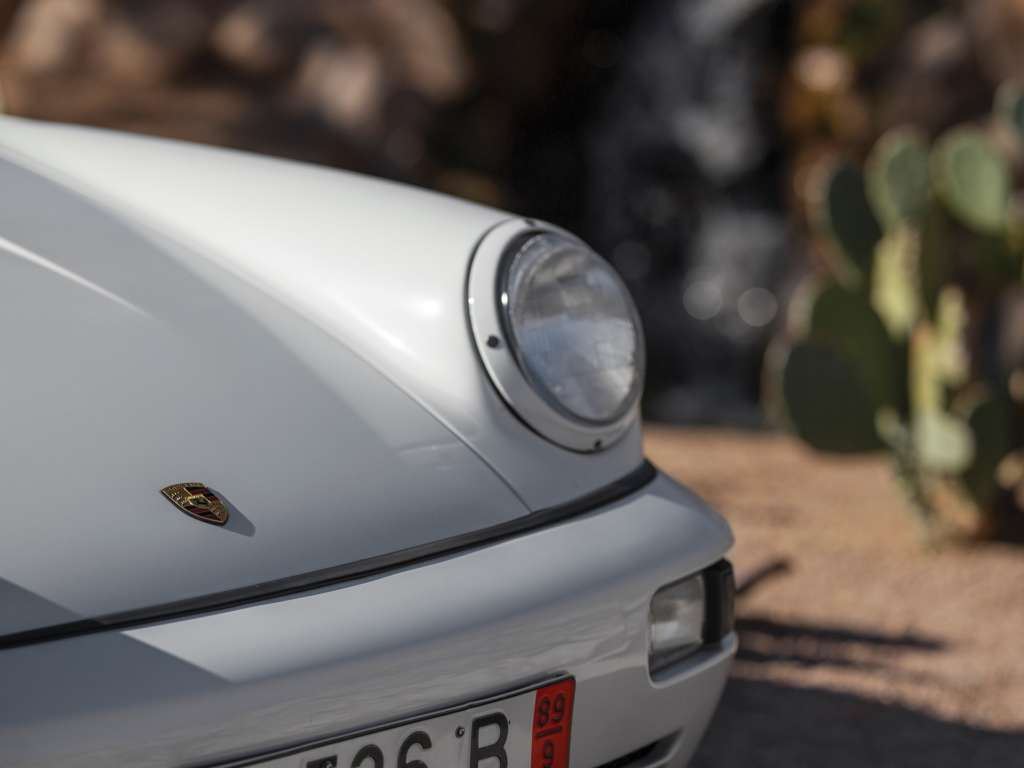 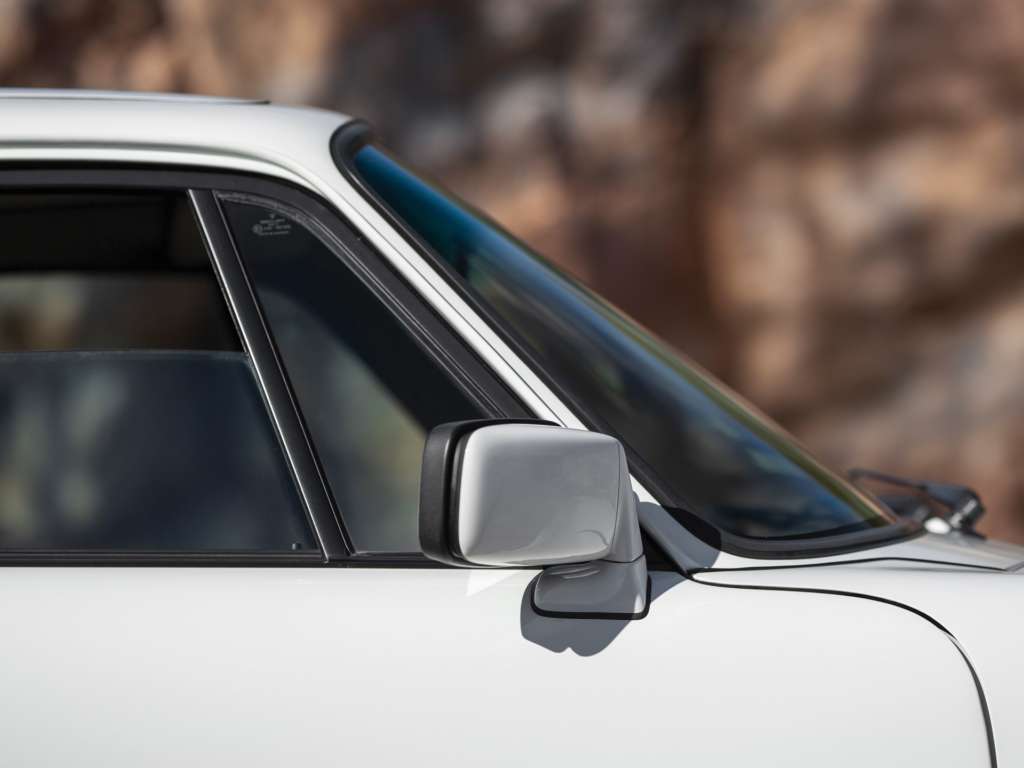 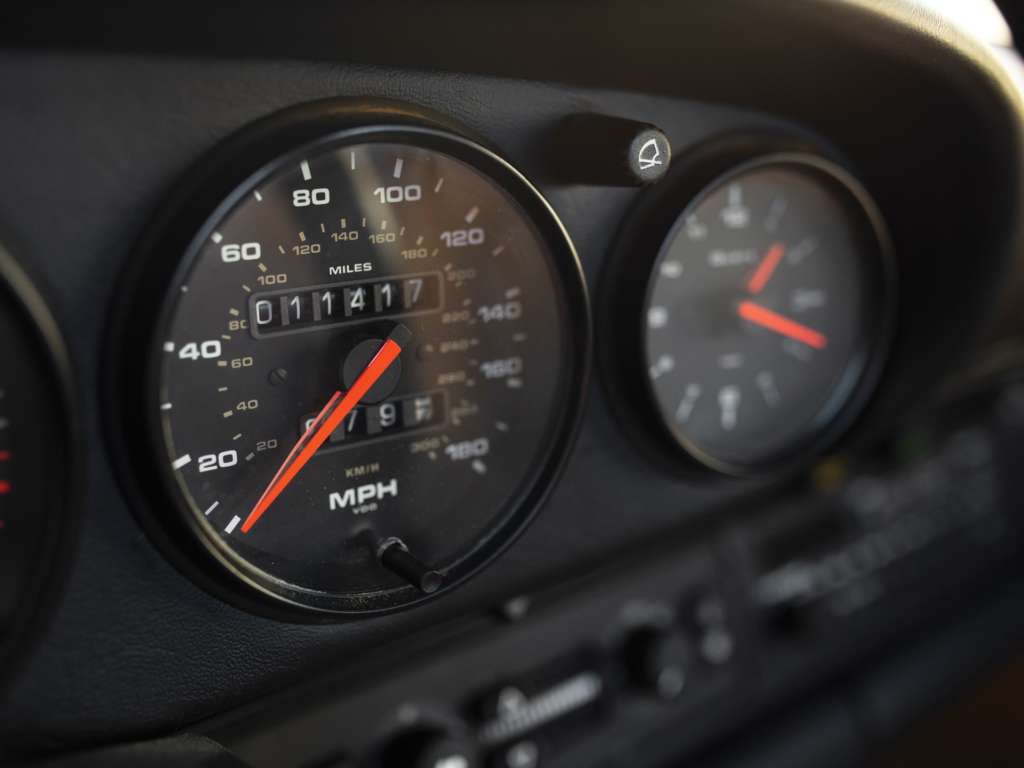 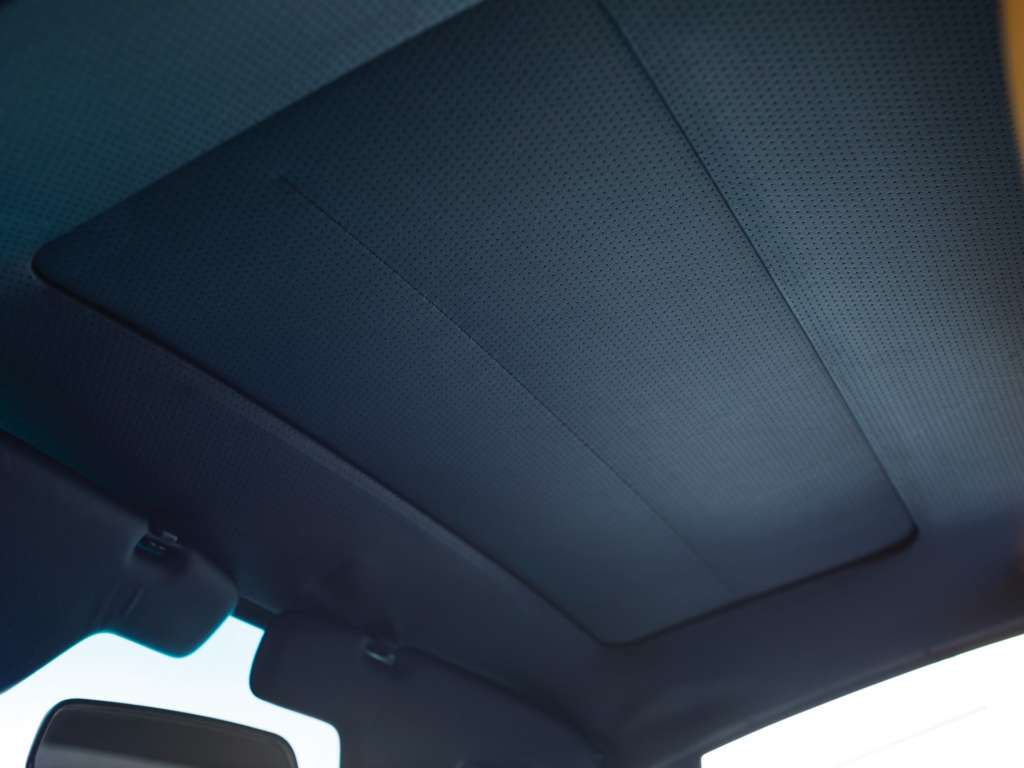 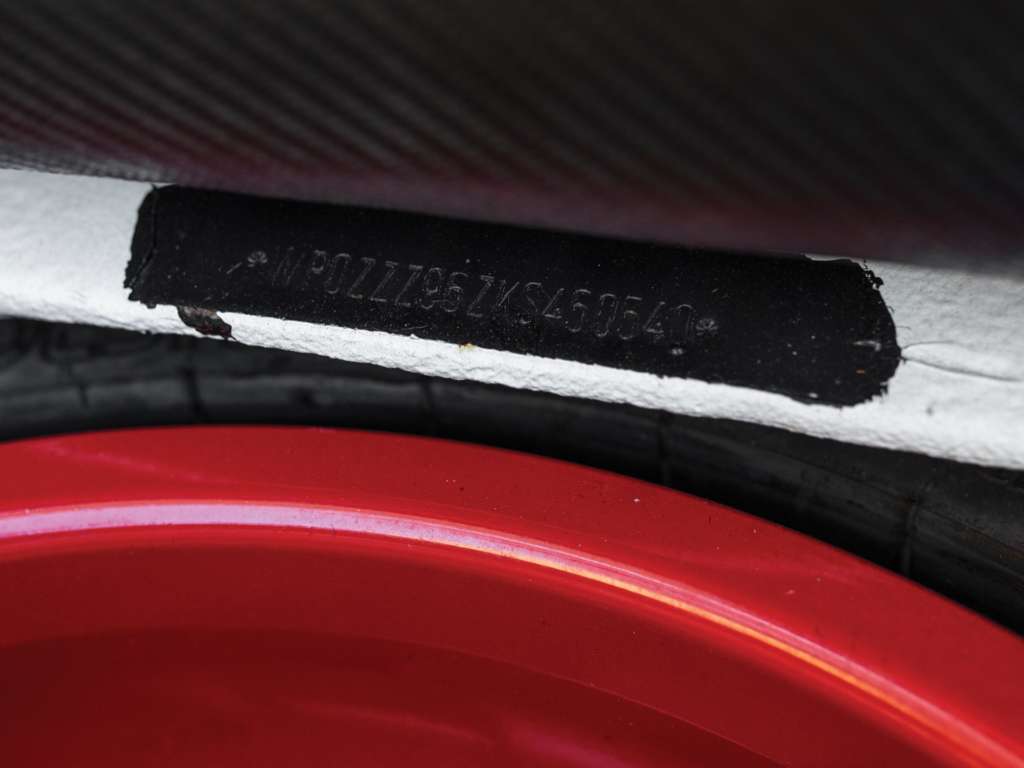 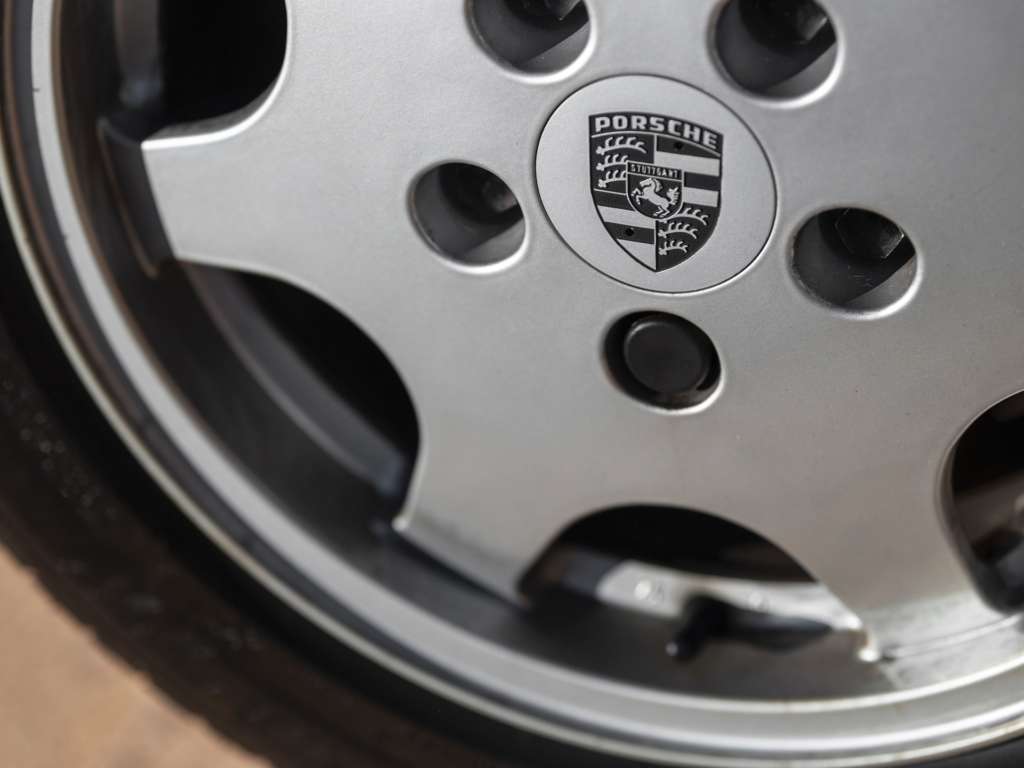 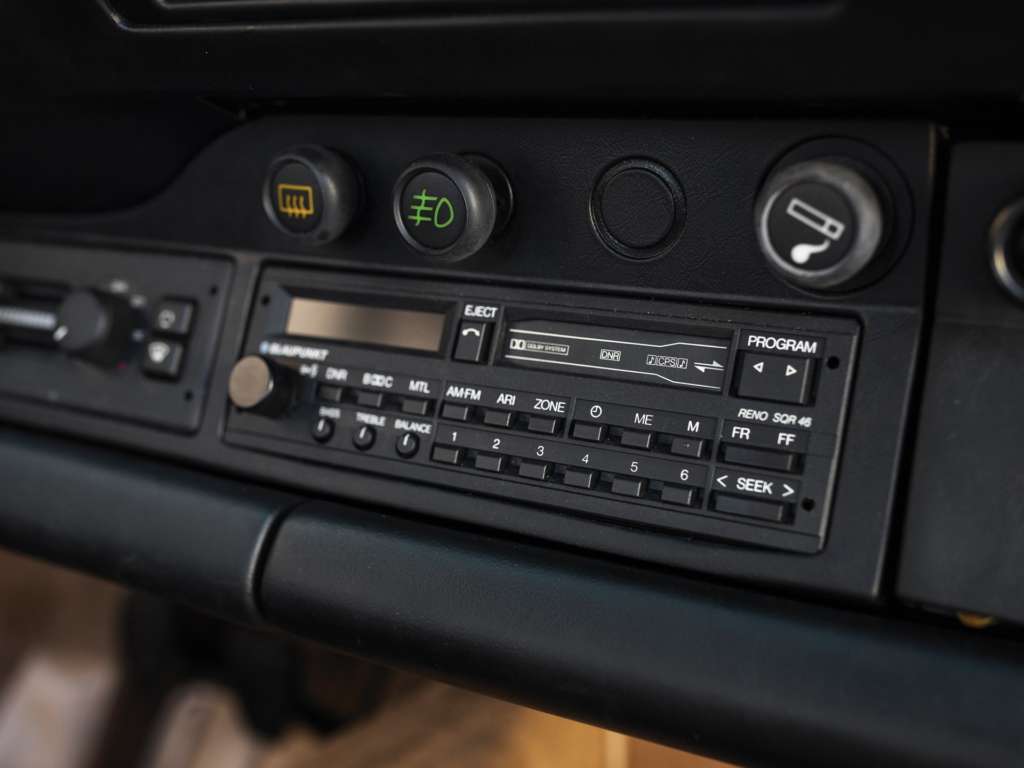 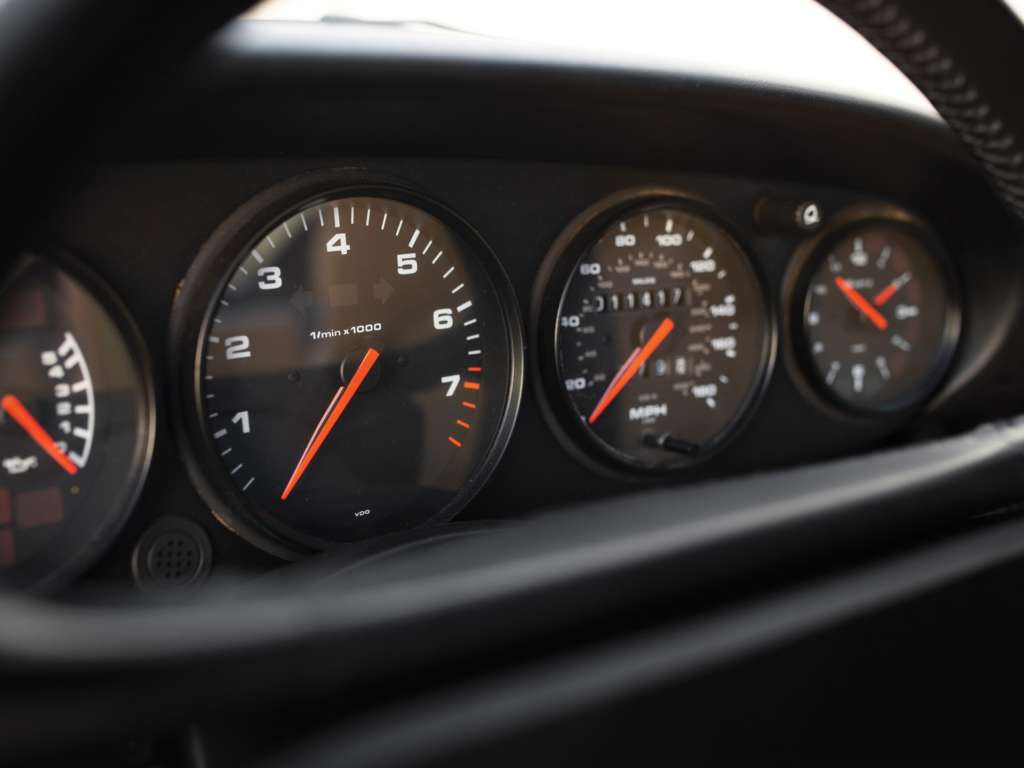