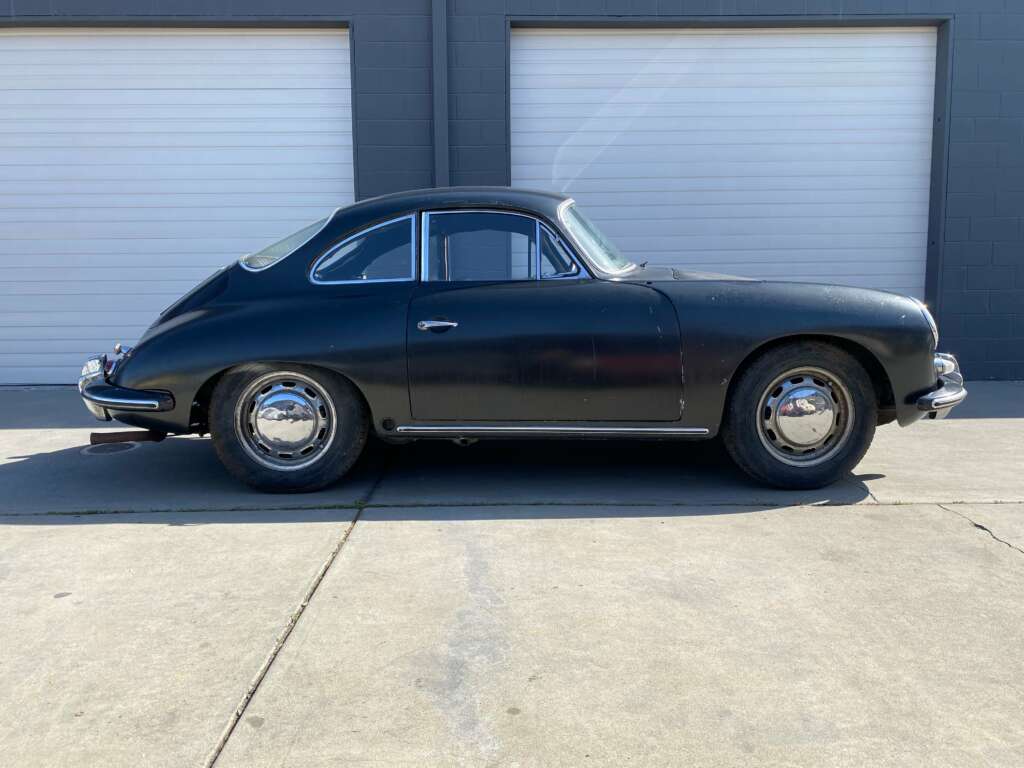 Mechanically powered by a non-matching 1600cc flat-four engine, manual 4-speed 741 transmission, and four wheels disc brakes. The 356 is not running and driving but the engine does turn over but will need a full service, the fuel system will need to be cleaned out and the brakes will need to be rebuilt to make it a driver. A perfect restoration candidate fix up and drive or a great 356 to complete a full restoration!

Known internally as the T6 and designed by Erwin Komenda, the Porsche 356C came out for the 1964 model year. External changes were minimal in typical Porsche fashion, external changes were minimal, but with the 356C, a Porsche finally had disc brakes front and rear. The range of available engines for the Porsche 356C was reduced to three, as the 60hp engine from the 356B was discontinued. The 75hp engine from the old 1600 Super, therefore, became the base engine, the S-90 was replaced with SC producing 95hp, while the final and most powerful version of Porsche’s complex Carrera four-cam engine made 135hp in the 2000 GS Carrera. 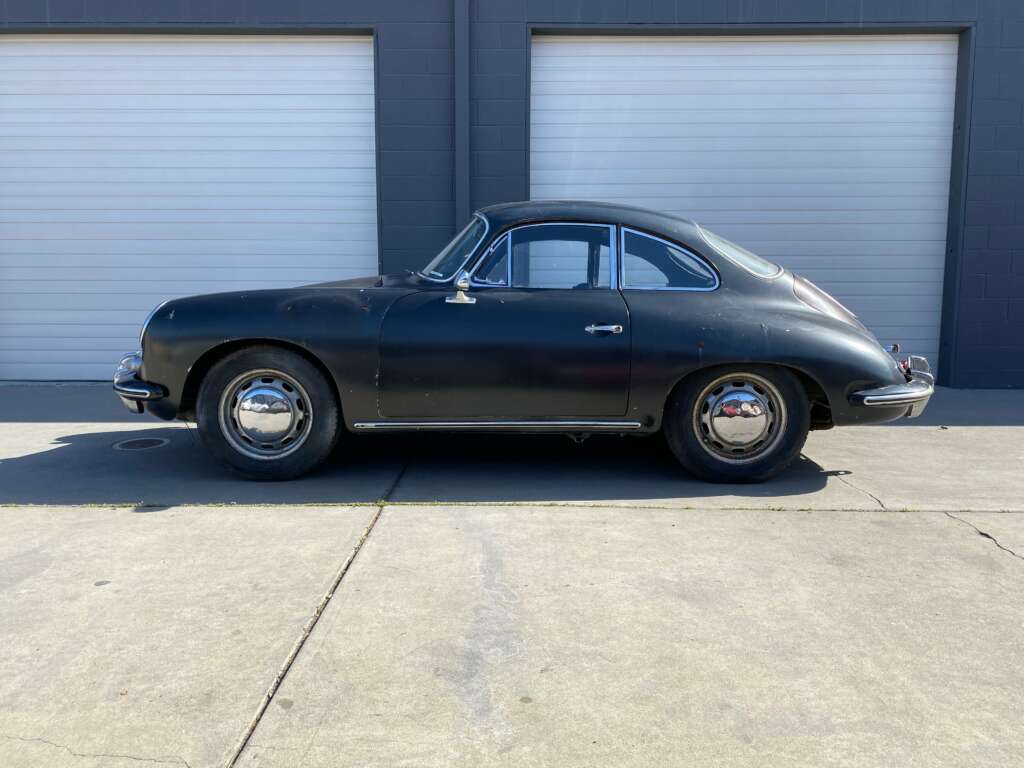 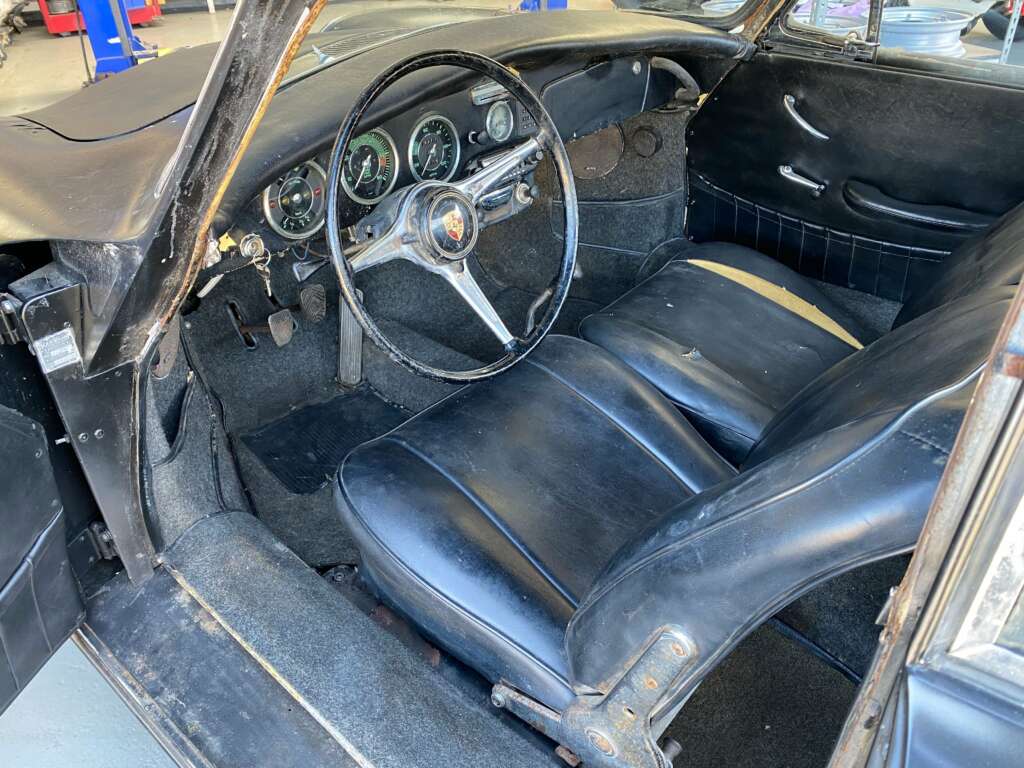 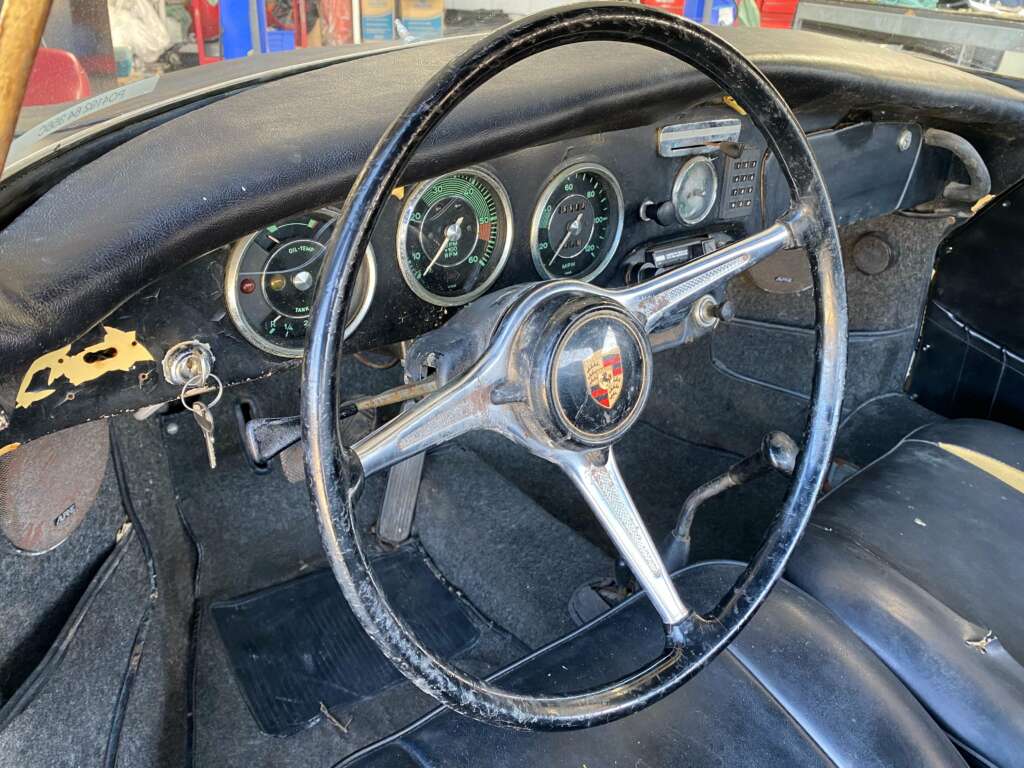 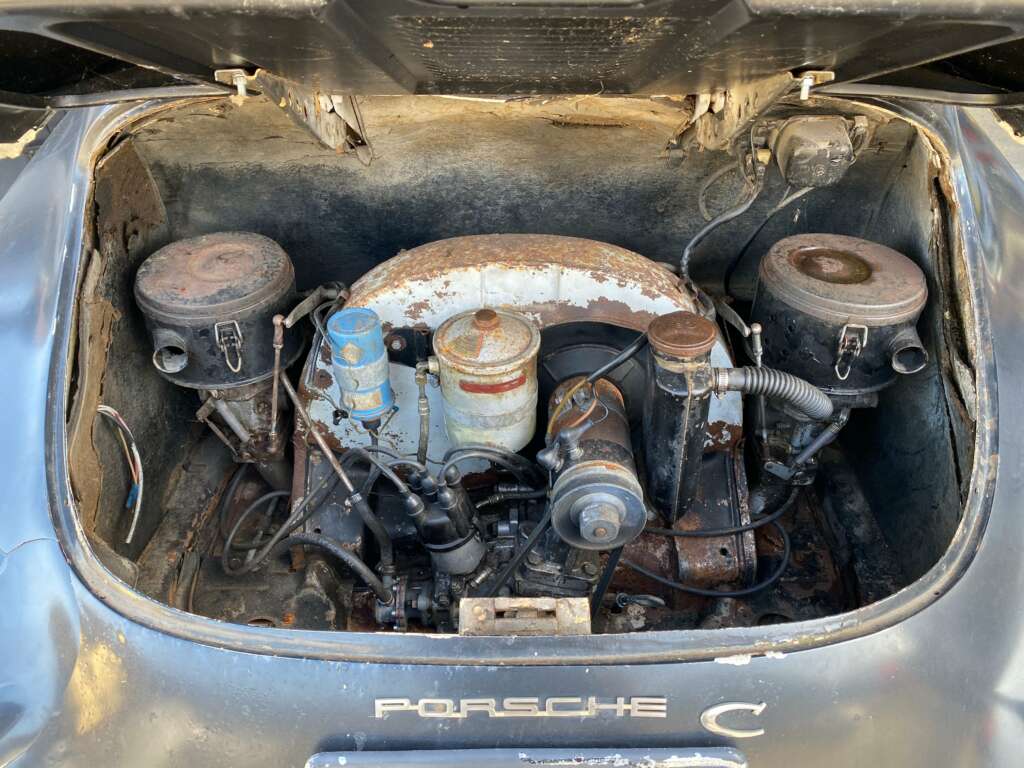