Finished in Polo Red over a black leather interior with wood trim – Powered by a 2.0-litre Type 901/05 engine fitted to a five-speed gearbox – Delivered new to Sweden with subsequent owner history in France, Germany, and Switzerland – Matching numbers chassis and engine, according to partial Kardex report – Complete with invoices dating from 1995 to the present day

Auction Online Only: Open Roads, December December 1, 2021 - December 8, 2021 View all lots for this auction
This car auction is hosted by RM Sotheby’s. Click here to continue to the auction.
Go to auction page Upon its first unveiling to the public as a prototype in 1963, few could have predicted the long-lasting impact and overall longevity enjoyed by the Porsche 911. Known for its rear-engine configuration that defies convention, the 911 platform is coveted by enthusiasts for exactly that reason—providing unique handling characteristics with the weight of the engine balanced over the rear axle.

The earliest production examples, beginning in 1964, were built with a 2.0-litre, air-cooled “flat-six” engine—coined thanks to the motor’s design that positioned its six cylinders in banks of three, on each side of a central crankshaft. The engine layout complements the finely tuned handling traits of the chassis and has become a defining characteristic of the Porsche 911.

This example, completed by the Stuttgart factory on 17 June 1966, is finished in Polo Red with a black leather interior featuring wood panelling that decorates the dashboard. Believed to have been delivered new to Sweden, the Porsche has enjoyed subsequent ownership in France, Germany, and Switzerland. Equipped with a Type 901/05 engine with a 2.0-litre displacement, the engine was rated to produce 130 horsepower at 6,100 rpm when new.

As is documented by a partial Kardex report, the Porsche retains its matching numbers chassis and engine. Offered with the car is a history file that dates back to 1995. The roster of documents includes servicing and workshop invoices for all of its countries of registration, further to signed documents from Porsche France that certify the original build specification of this 911 model. that will surely appeal to potential suitors who are enthusiasts of the German marque. 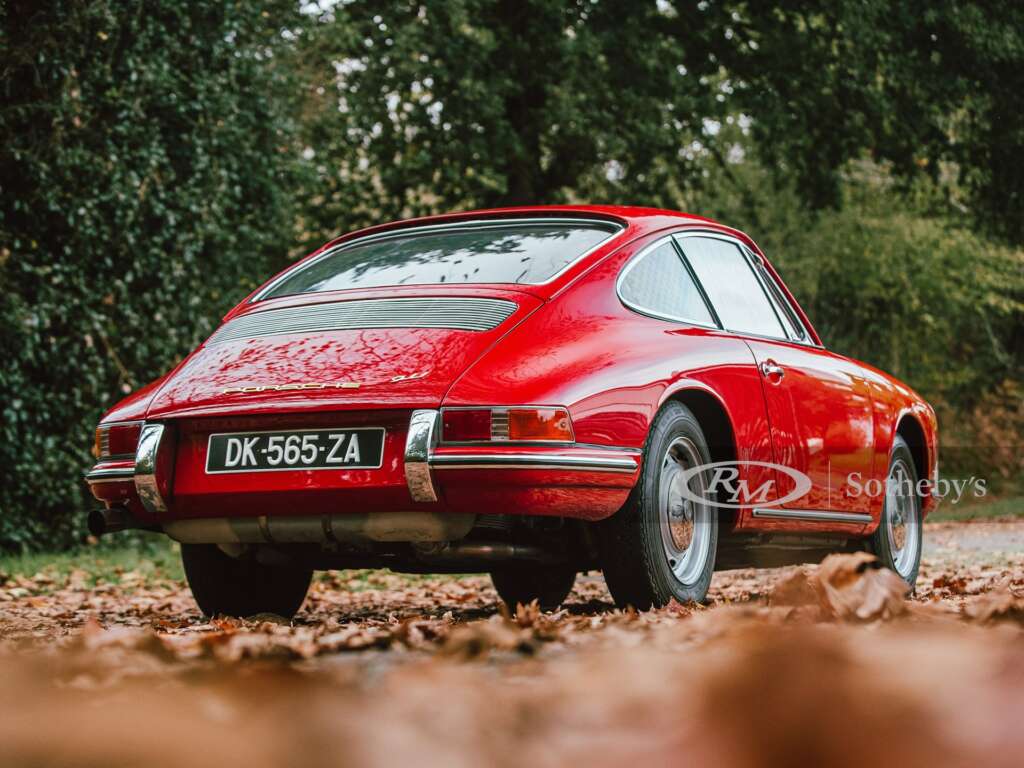