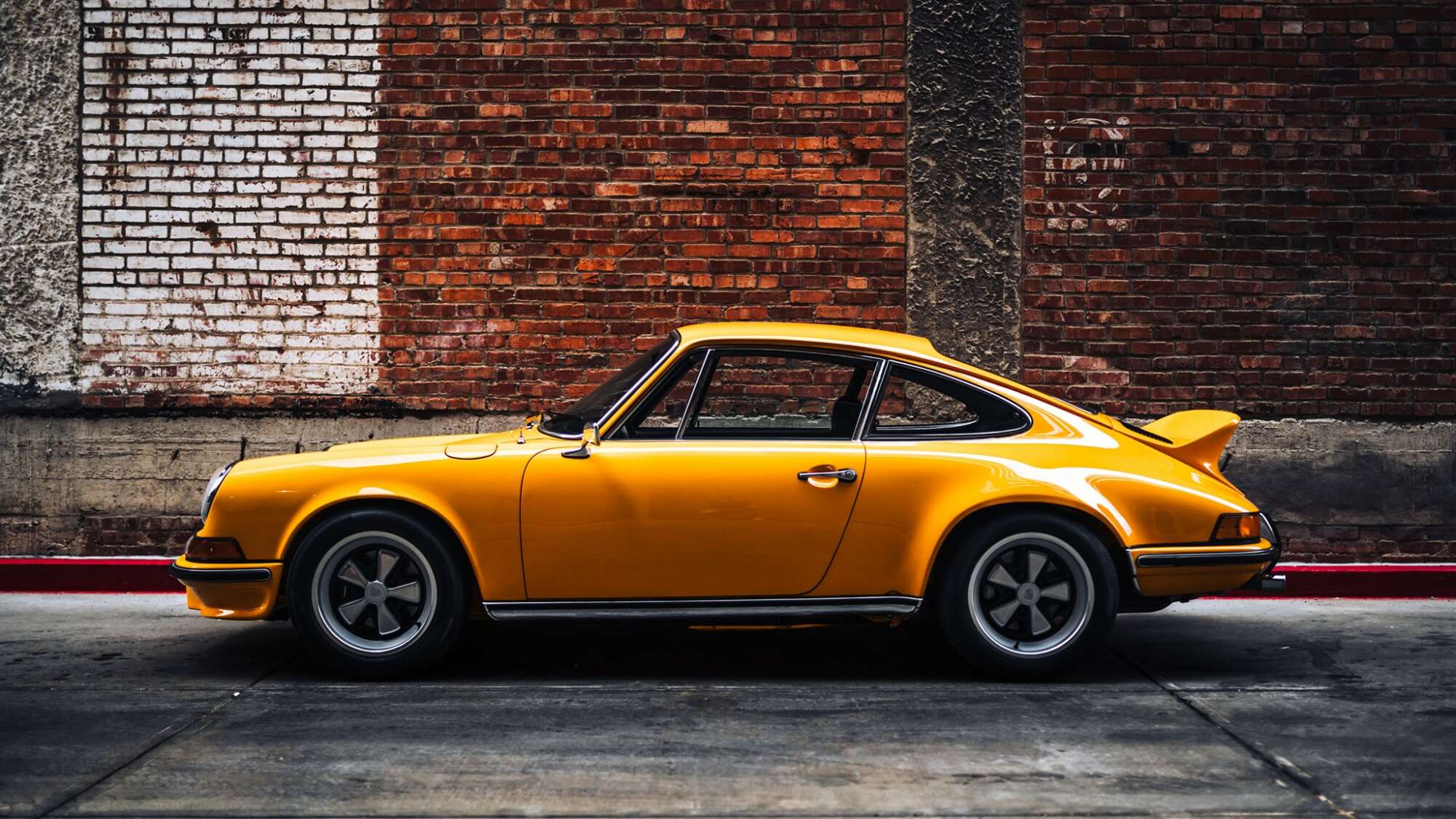 Delivered to its first German owner on 21 January 1973 through Gottfried Schultz Sportwagen in Düsseldorf, this breathtaking 1973 911 Carrera RS eventually made its way to Japan around 1987. In mid-2012, it was purchased through a broker by a well-known collector. Prior to that time, the car had been fitted with a correct Type 91/83 un-numbered replacement engine case dated 1974 early in its life. The original five-speed gearbox, number 7830441, had also been replaced with a correct 915/08 unit. 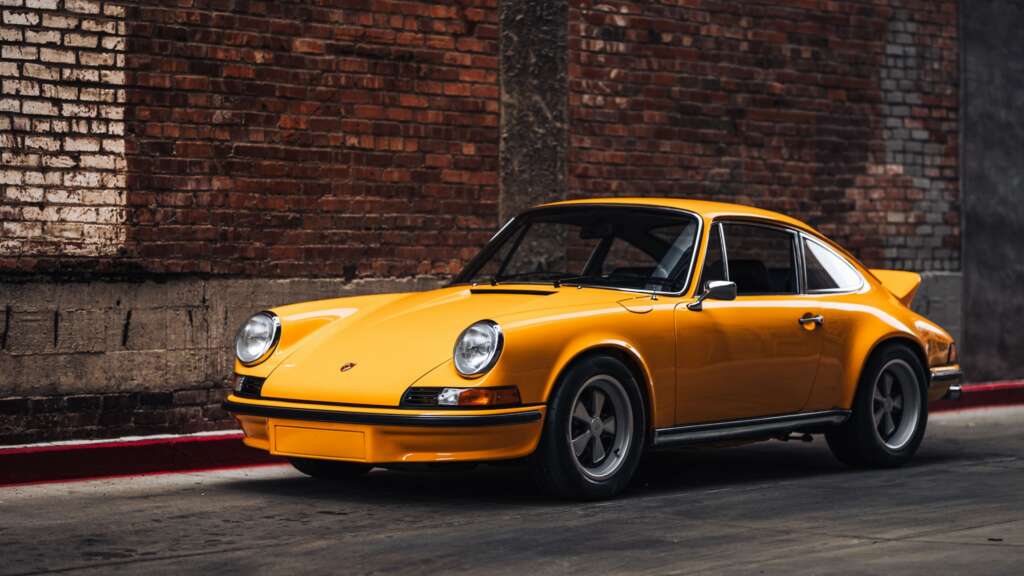 A bare-metal, every-nut-and-bolt restoration by the renowned Dave Imes at Apex Auto in Lakewood, Colorado was subsequently commissioned. Imes found the body shell to be in good condition; only the rocker panels and front lid were replaced. A new interior was sourced in part from Tony Garcia, the remainder was crafted and installed by a Denver area specialist. New replica sport seats were installed and North Hollywood Speedometer refurbished the instruments.

Harvey Weidman refinished the Fuchs alloy wheels. The restoration was well underway when the consignor purchased the car from previous owner. The project was recently completed, and has been expertly maintained by Blue Chip, a Denver, Colorado-based garage and specialist, ever since. The car has now recorded a mere 1,332 kilometers (~828 miles) since restoration, though its total distance driven from new is unknown.

This stunning example is well-documented in the authoritative volume on the model authored by Konradsheim and Gruber. Bearing production number 103 3986, it is an M472 “Comfort” model originally fitted with engine number 663045, which produced a strong 210 bhp with Bosch mechanical fuel injection. The car left the factory in one of Porsche’s most exciting colors, Signal Yellow (code 5252), shared with only 86 other examples of the total RS 2.7 production run of 1,580 units. The interior was black leatherette (13KL) with “Pepita” fabric seat inserts and charcoal carpeting. The first owner specified a number of very desirable options including a pair of sport seats with headrests, a heated rear window, a pair of three-point safety belts, and a radio speaker and antenna; however, a radio is not present, and it is not known if one was ever installed.

For additional reliability, the replacement engine has been fitted with later Carrera-type pressure-fed timing chain tensioners.

The history of the wonderful 1973 Carrera RS is well known: This enticing model was reluctantly approved for production by Porsche’s upper management, which was skeptical that a special, limited-production model priced much higher than a standard 1973 911S would attract any customers. That assumption was quickly dispelled when the model was unveiled and orders poured in. After an initial production run of 500 units (the first series) sold out immediately, a second series of 500 followed, and finally a third series of 580 was completed—selling even as the retail price was steadily increased. A small number of these cars were finished as competition-oriented lightweight M471 “Sport”, with the balance designated “Touring” models equipped with many of the comfort and convenience features of the standard 911 S.

The body shell and engine of the RS 2.7 would serve as the starting point for homologating the 1973 2.8 RSR, the 1974 3.0 RSR, and finally the turbocharged 934 and 935. The RS 2.7 utilized lighter-gauge sheet metal, thinner glass, what would become known as “Lightweight” interior trim, widened fenders and quarter-panels to accommodate larger Fuchs forged alloy wheels and wider tires, and of course, the iconic fiberglass “Burzel”, or engine-lid ducktail that had been found in testing to greatly reduce rear-end lift at higher speeds. A new front fascia that could accommodate an extra oil radiator helped balance airflow. To help sell this new higher-performance model, Porsche Styling Chief Tony Lapine was tasked with creating several versions of the “Carrera” side trim that made the model instantly identifiable.

Today, the Carrera RS 2.7 remains among the most highly sought-after long-hood 911s, and countless numbers of lesser 911s have been modified to look the part. This one is the real deal, finished in the factory-correct color ideal for displaying its attributes to the greatest extent possible. This fine example is supplied with a correct spare wheel, jack, a tool roll, and additional documentation of original build specification. It would be ideal for vintage rallies or club concours activities. 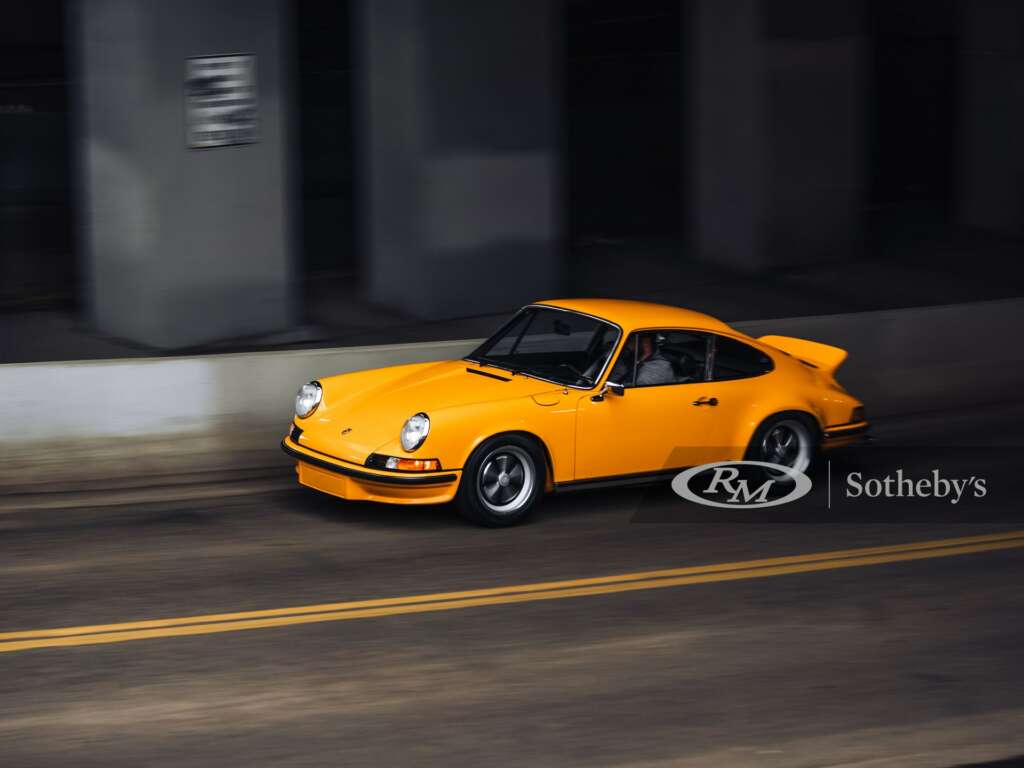 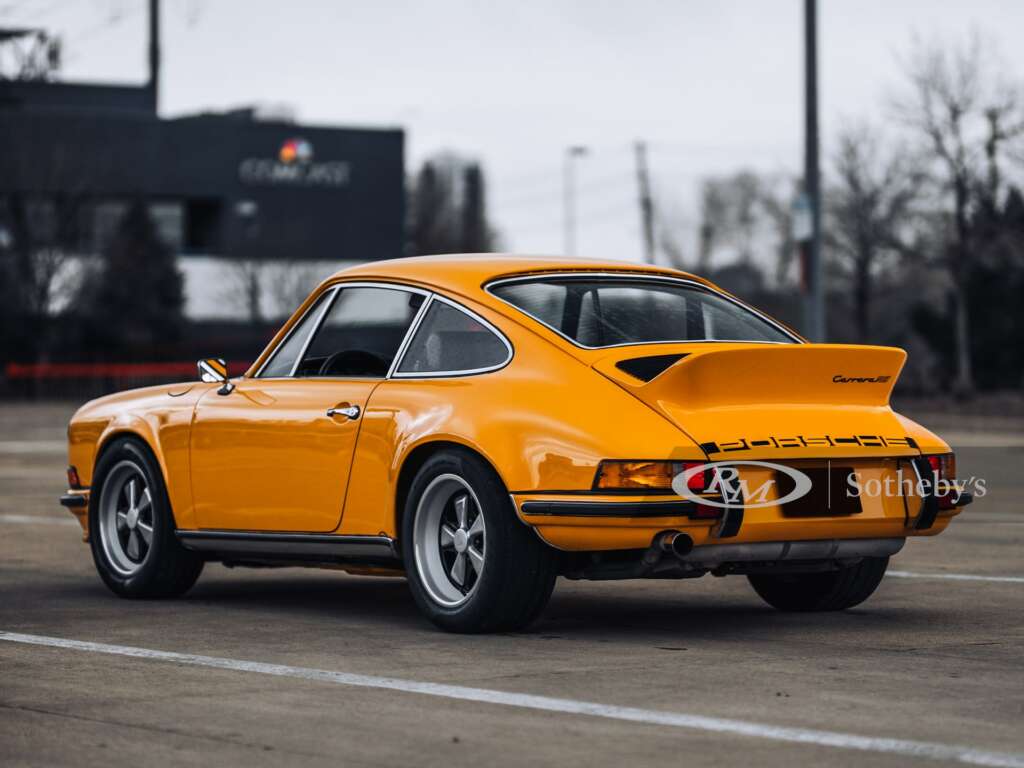 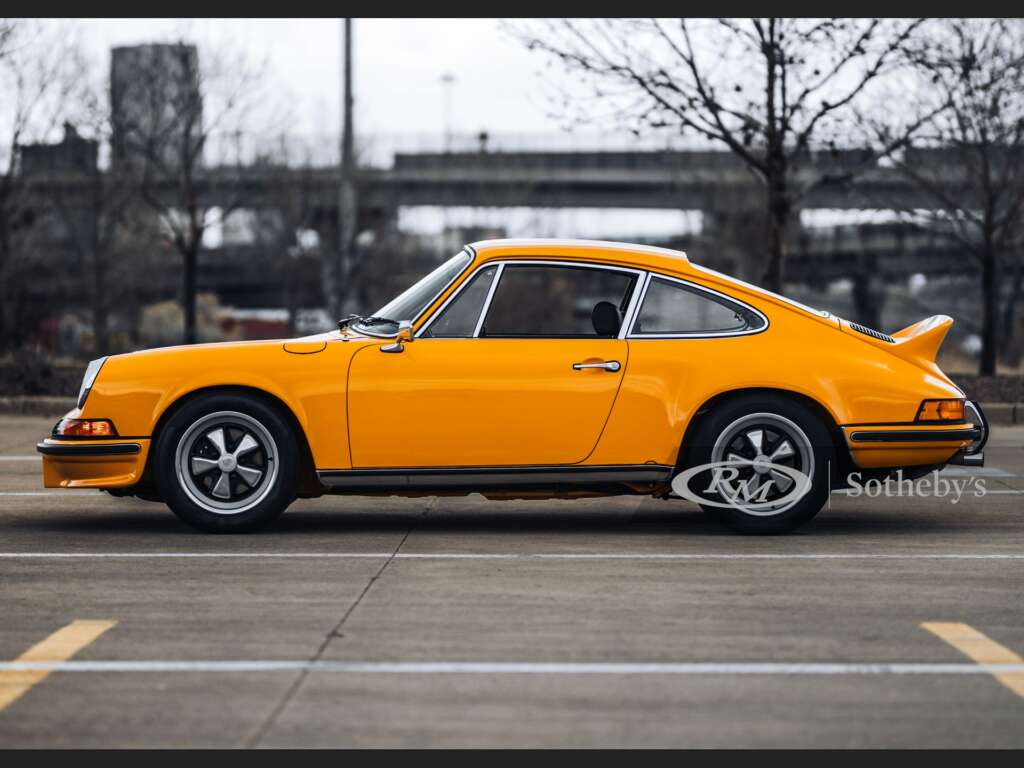 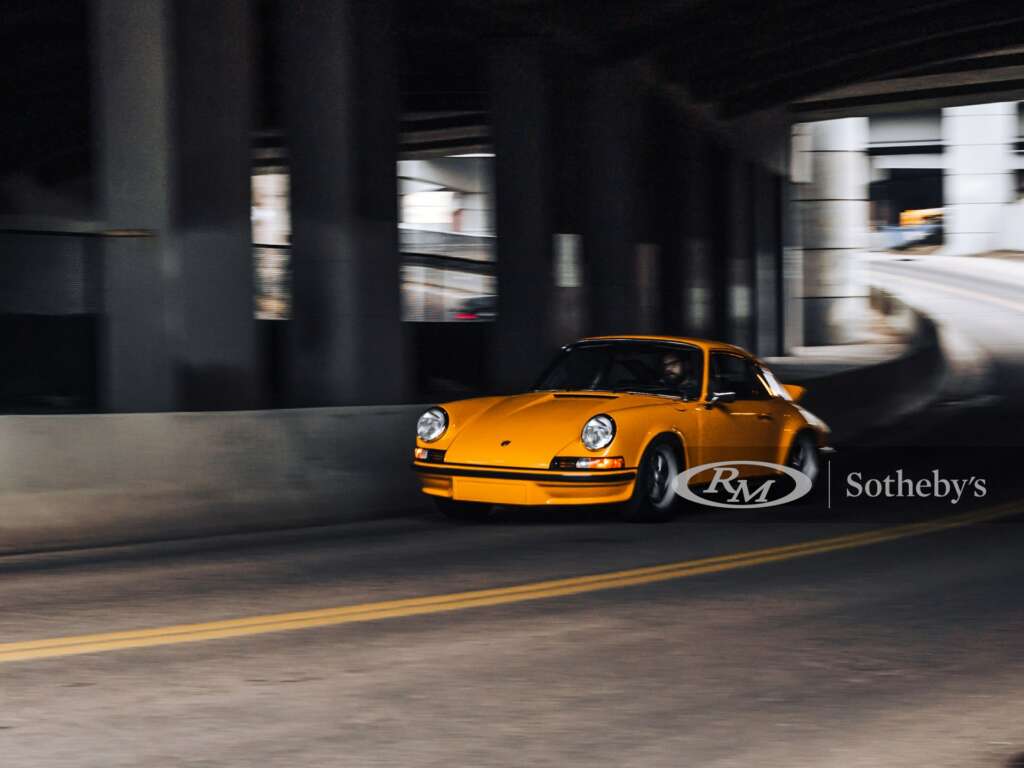 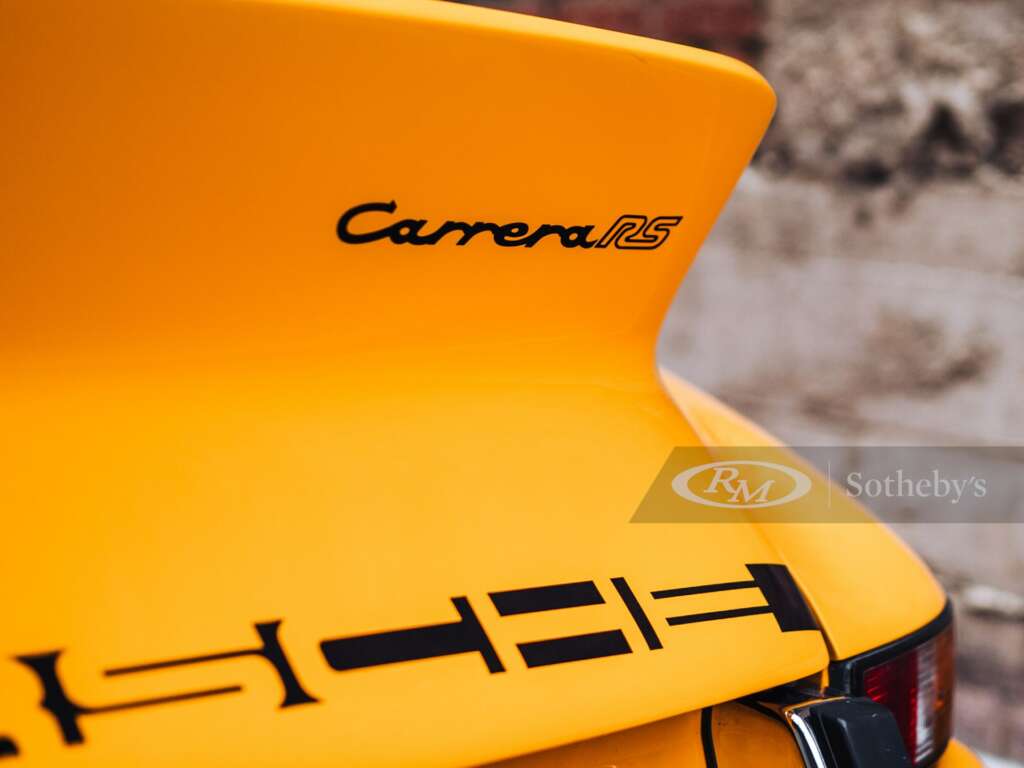 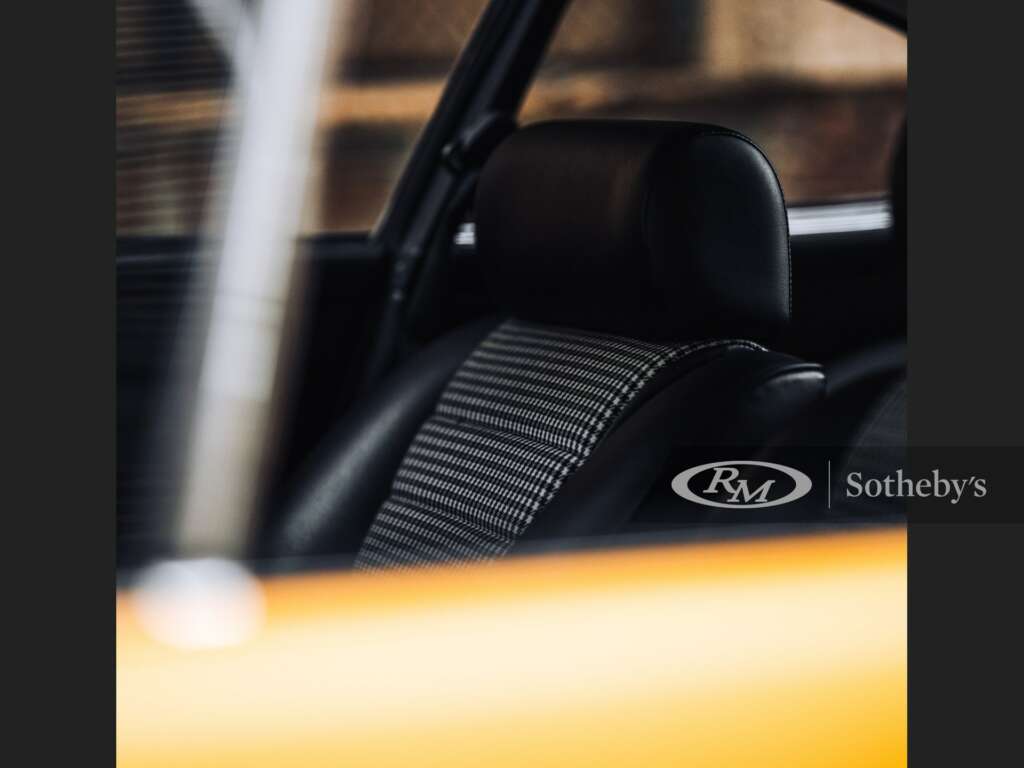 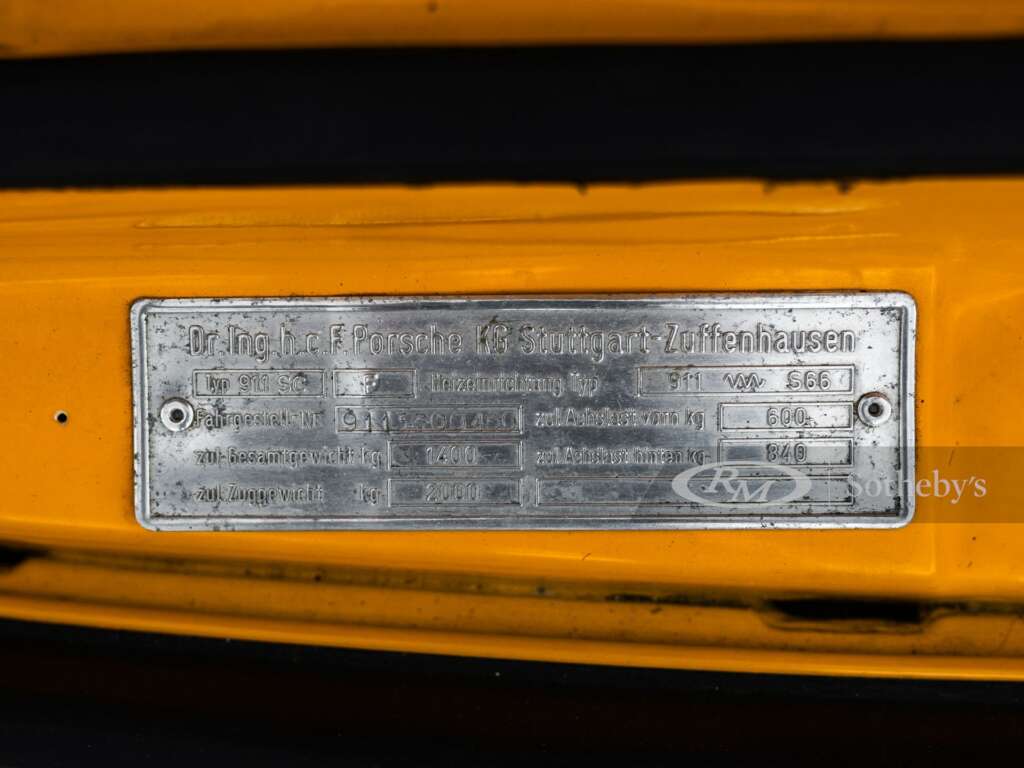 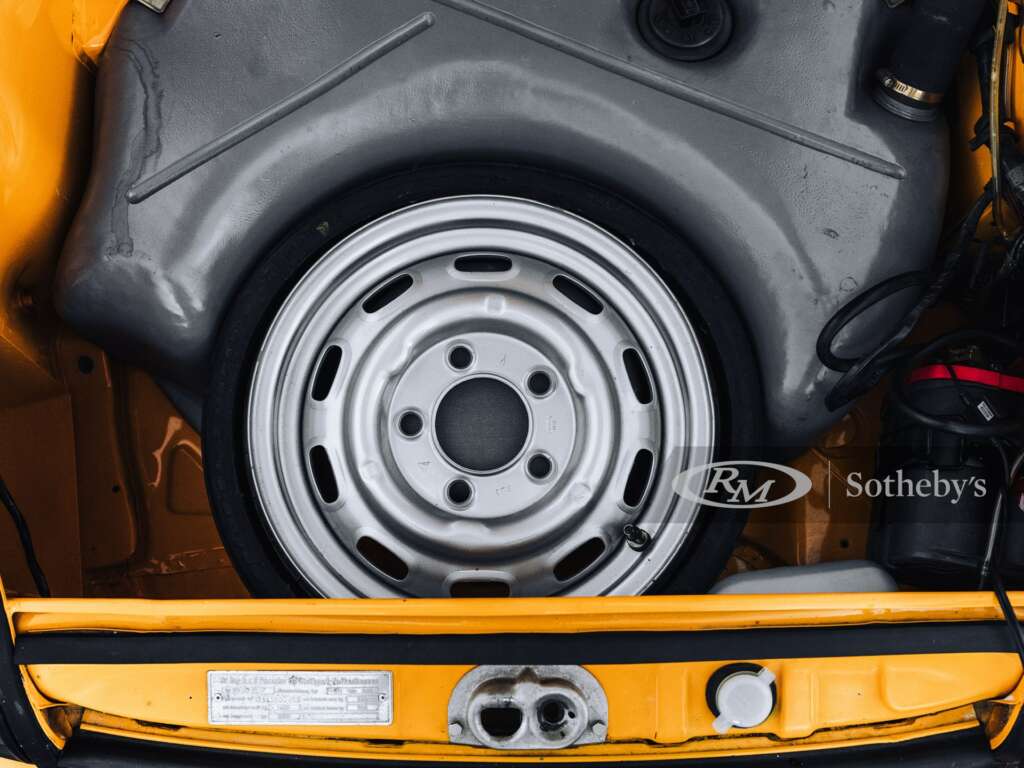 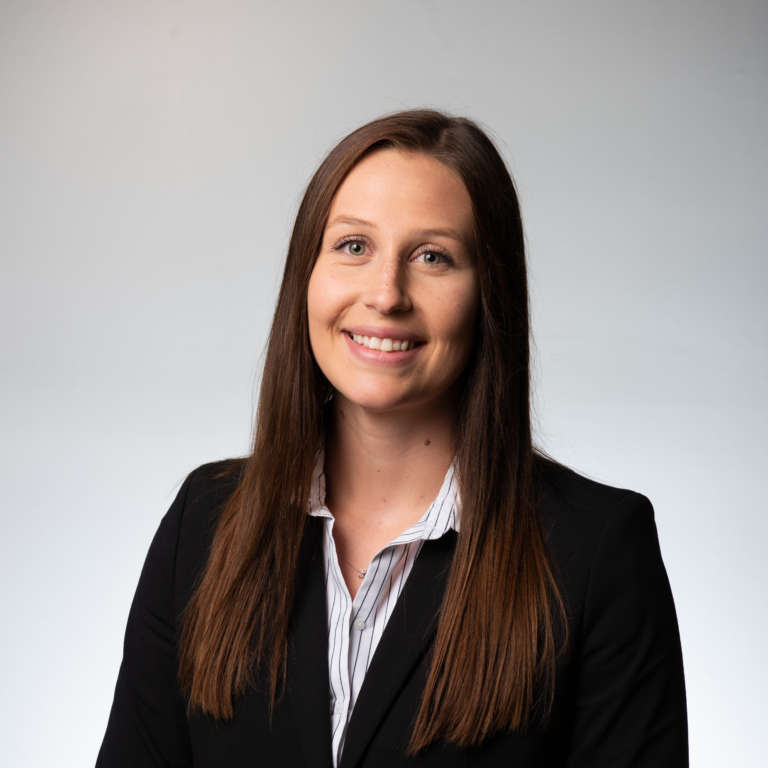 Kate Clendenning from RM Sotheby’s looks forward to your questions and is happy to help you.