Great looking and fantastic driving F series. The 2.4 E is probably the most drivable of all in the F series. Lots of investments made in this example, ready to hit the road! The last year of the classic 911. One could chose 3 different engines in the years, the T with carburettors, the S with the mechanical injection and sharp camshafts and the E with the regular camshafts and mechanical injection. Some call it best of both worlds, we call it probably the best driving classic 911 you can have. Lots of torque and power and a smooth running engine! The car also has the desirable option 220, a limited sper differential.

This car was delivered in March 1973 in the north of Italy. Is spent its live there till the early 2000’s and changed colour somewhere in its Italian years. A Dutch film producer then bought the car and gave the car its current great looking and period Elfenbein Weiss. We sold the car in 2006 after an engine overhaul and it had a relatively easy life since then in an extensive collection. The most recent (big) service including replacement of fuel lines, refurbished Fuchs wheels, etc etc has been done by Classic Porsche Center Gelderland back in 2019. 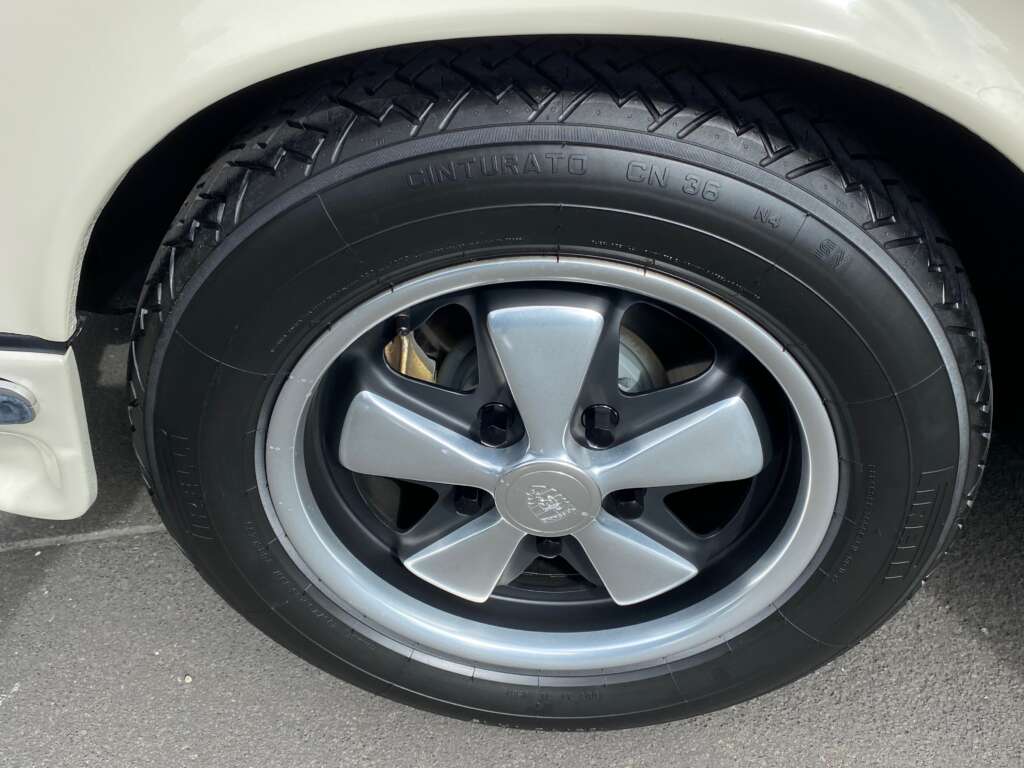 Targa Florio looks forward to your questions and is happy to help you.