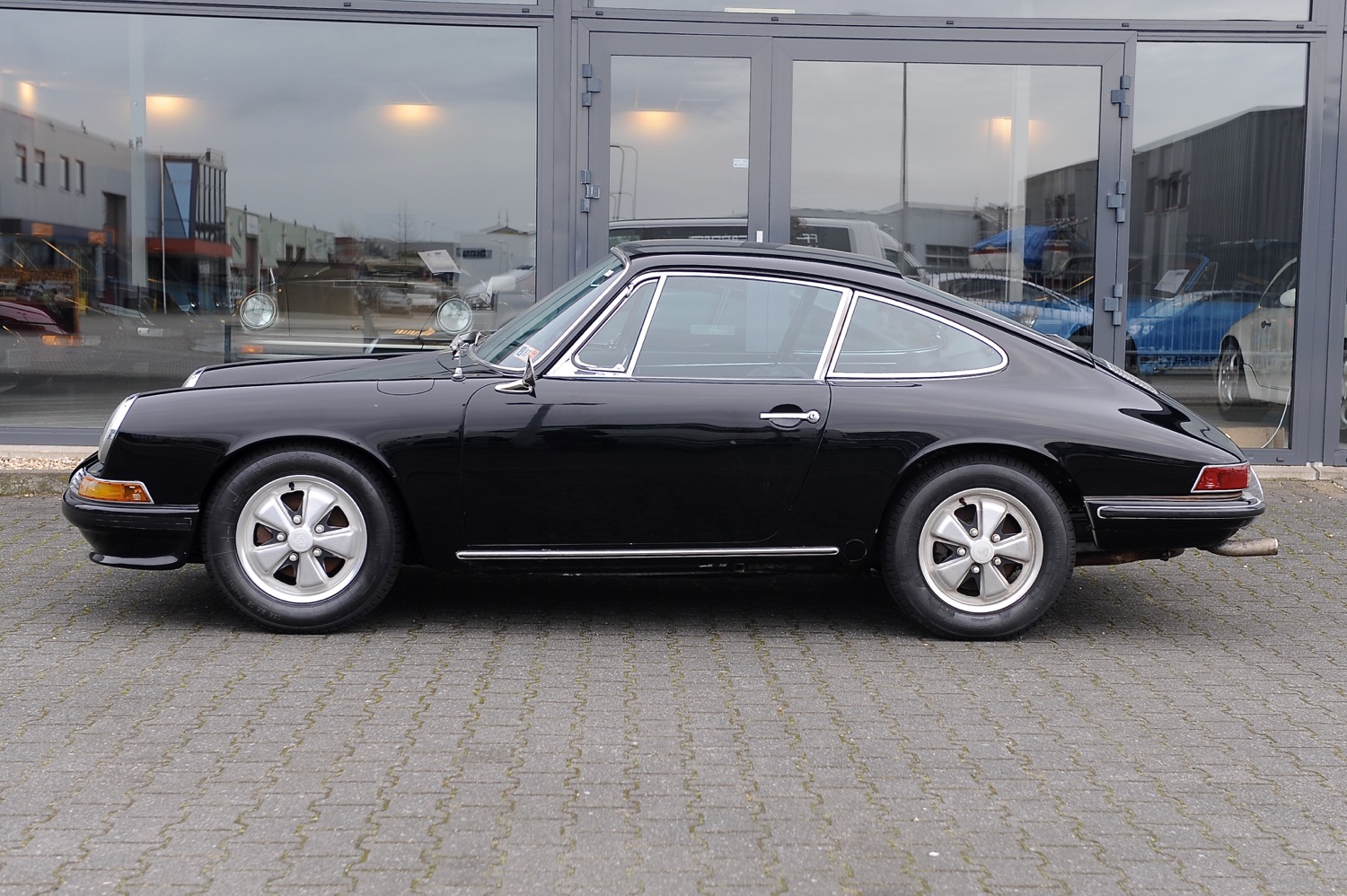 You have “barnfinds” (old cars that were standing still for a long time, in need of a restoration) and Barnfinds (cars that were actually stored in a barn, halfway forgotten and re-discovered after many years).

Early 2014 it was pulled from the barn and shipped to our workshop in the Netherlands.
The car is very original and unrestored!
Functioning well and comes with lots of documentation including old pictures.

All still in great condition: body, chrome, interior, carpets, the seats and leatherette, dashboard, the original 4,5″ Fuchs wheels!
The only little thing is that it was repainted by the first owner from the beautiful Irish Green to Black.
Also he replaced the front bumper to an later S-style.
Although black looks very well, a Porsche Special like this needs to be brought back to its original color of course. 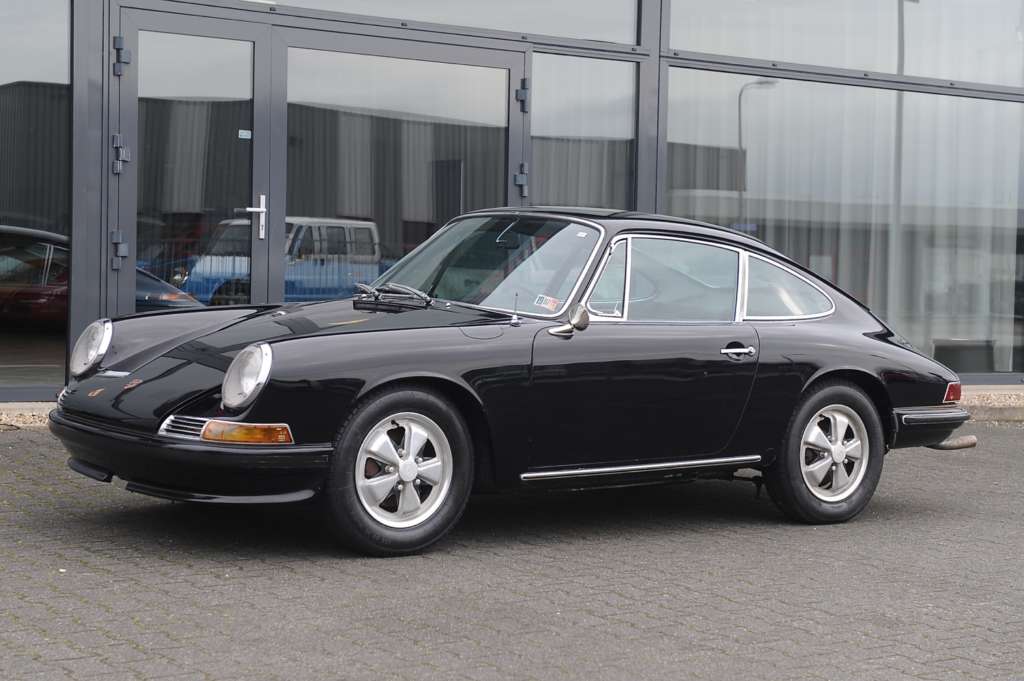 How did a perfect Porsche Special end up in a barn in 1987?

In order to answer this enthralling question, I called the previous owner and she told me (in a beautiful american accent) this beautiful story: “This 1967 Porsche 911S has been sitting in the same barn since 1987.

The car has only 39,000 original miles me and my husband and I were the 2nd owner, we bought her in ‘87 from the first owner (a friend of ours) and put the car, after driving only 100 miles, into the barn. At first we were just too busy with daily life to drive more and later after storing the car in the back-end of the barn we did not bother about the car too much anymore. It didn’t come out of the barn until a month ago and we were happy to see it was in really perfect and original condition!” . That makes two of us, I told her.

The original interior, down to the original radio, is flawless and shows almost no sign of wear.
The Engine is the original one and the transmission as well (matching numbers).
The fantastic original Fuchs alloy wheels are present as well. Five-spoke wheels identified the hot Porsche 911S, which bowed in late 1966.
The doors and the deck lid are matching numbers.
It still has its original floors and these are rock solid.
As stated the paint was originally Irish Green. 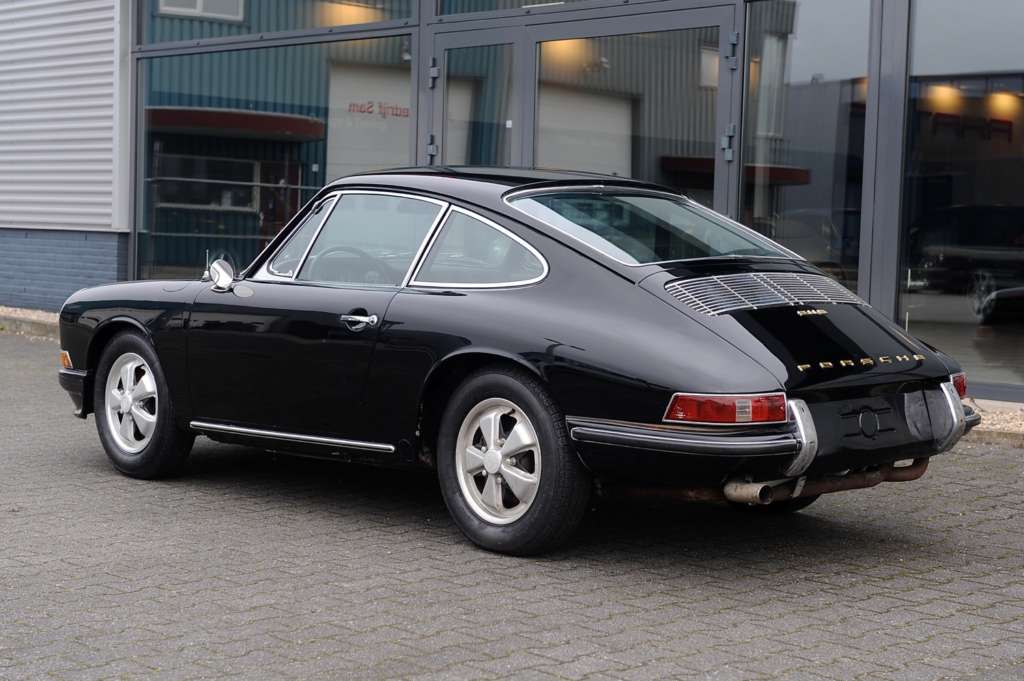 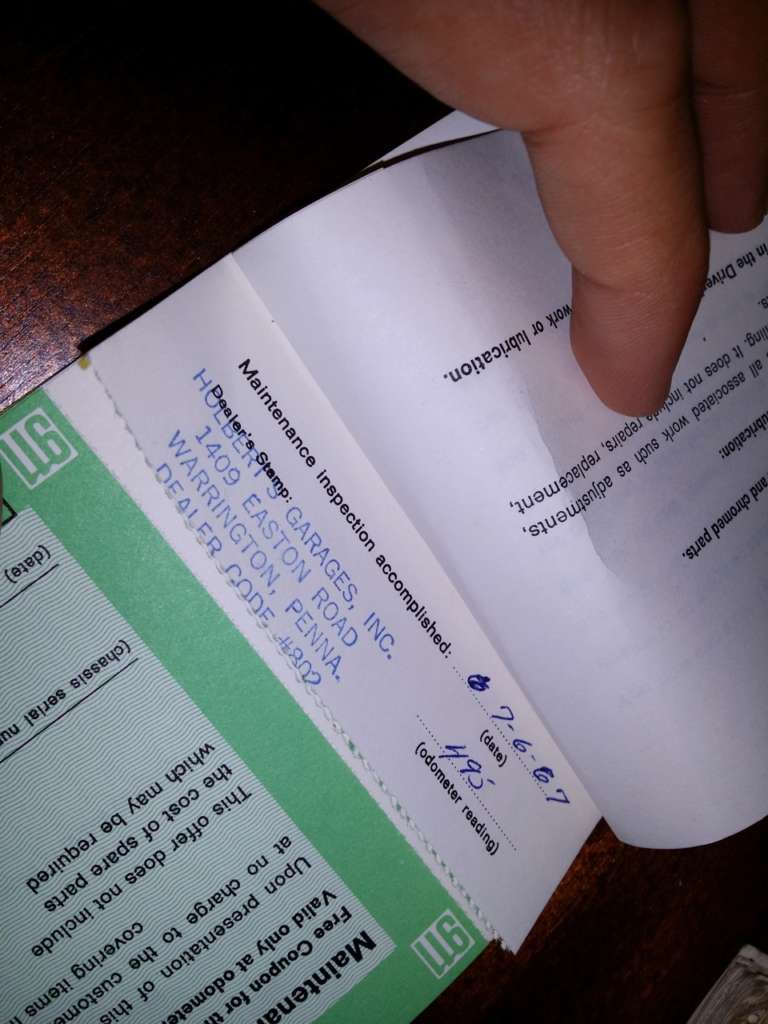 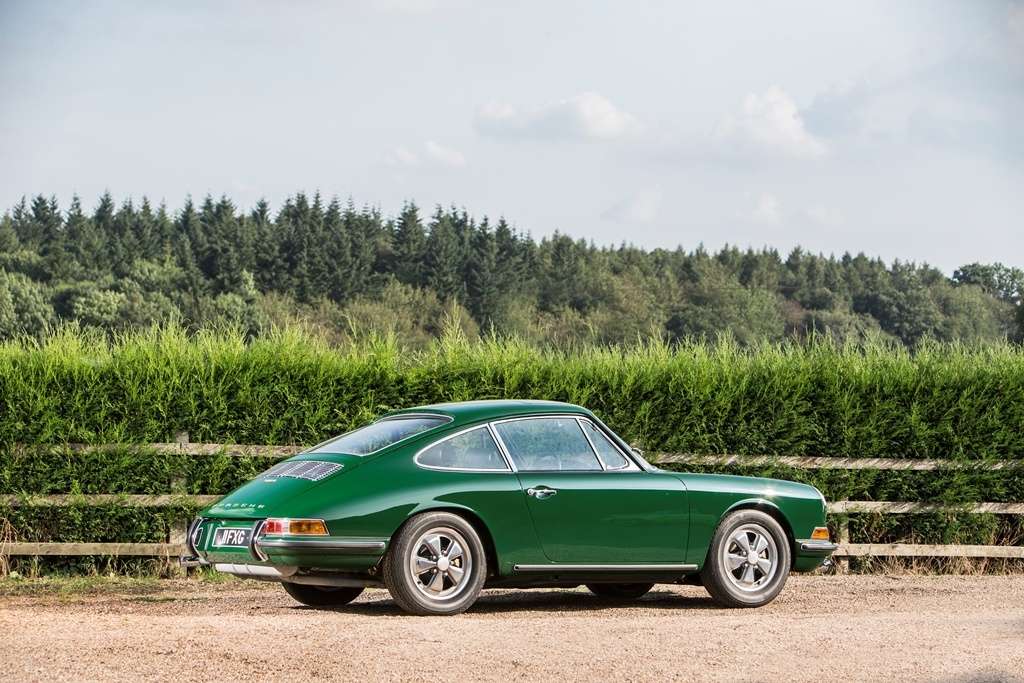