The 1973 Porsche 911 was the last of the classic thin-bumper 911s, and as such, great examples are very highly sought after by collectors and enthusiasts today. Second to the 911 Carrera RS, the 911 S was the top of the model line, with its handling benefitting from the extended wheelbase introduced in 1969, along with slightly wider Fuchs light-alloy wheels. The 2,300 lb S was also an impressive performer on the highway, delivering great throttle response and a thrilling exhaust note from its 2.4-liter, mechanically fuel-injected engine, which delivered 190 hp at 6,500 rpm and 154 foot-pounds of torque at 5,200 rpm. The 911 S powerplant could be identified by its red fiberglass engine shroud. For 1973 the 911 saw the old Type 901 “dog-leg” transmission replaced by the stronger Type 915, which utilized a standard H shift pattern. Contemporary road tests demonstrated that the new 911 S was capable of a 0–60 sprint in just 7.8 seconds. It could cover a standing quarter mile in 16.3 seconds and top out at 142 miles an hour. This was dazzling performance for an otherwise very tractable street car of that period. Befitting its high-performance capability, the ’73 S was equipped with a special front valance to help control airflow beneath the chassis.

In recent years, this 911 S benefitted from a comprehensive repaint in its correct and original color of Irish Green. The black leather interior remains largely original and features a Blaupunkt cassette radio and, most important, its original air-conditioning. Furthermore, the car’s tools and jack are included. Most recently, the Porsche underwent a major service where its correct mechanical fuel-injection system was installed, followed by a valve adjustment. In accordance with the car’s Porsche Certificate of Authenticity, the 911 features its original matching-numbers drivetrain, which has become crucial to discerning collectors.

The early air-cooled, long-nose 911s are certainly a fan favorite, which is why this ’73 S presents an excellent opportunity to acquire a car which is suitable for PCA rallies, concours events, and pleasurable weekend outings. 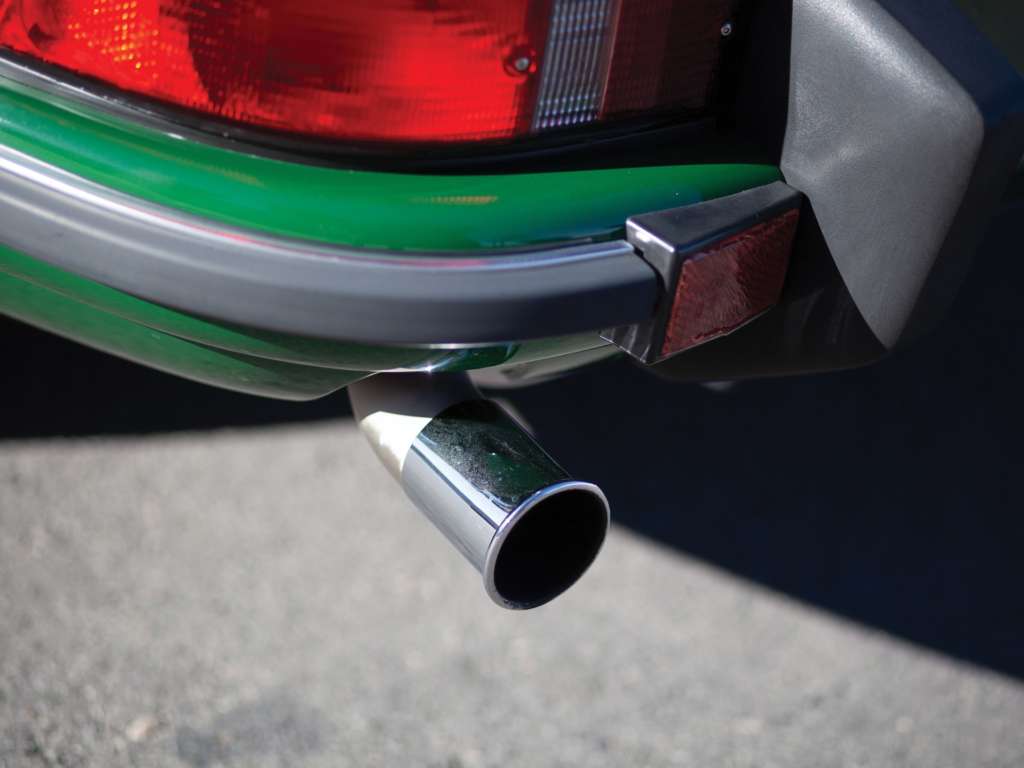 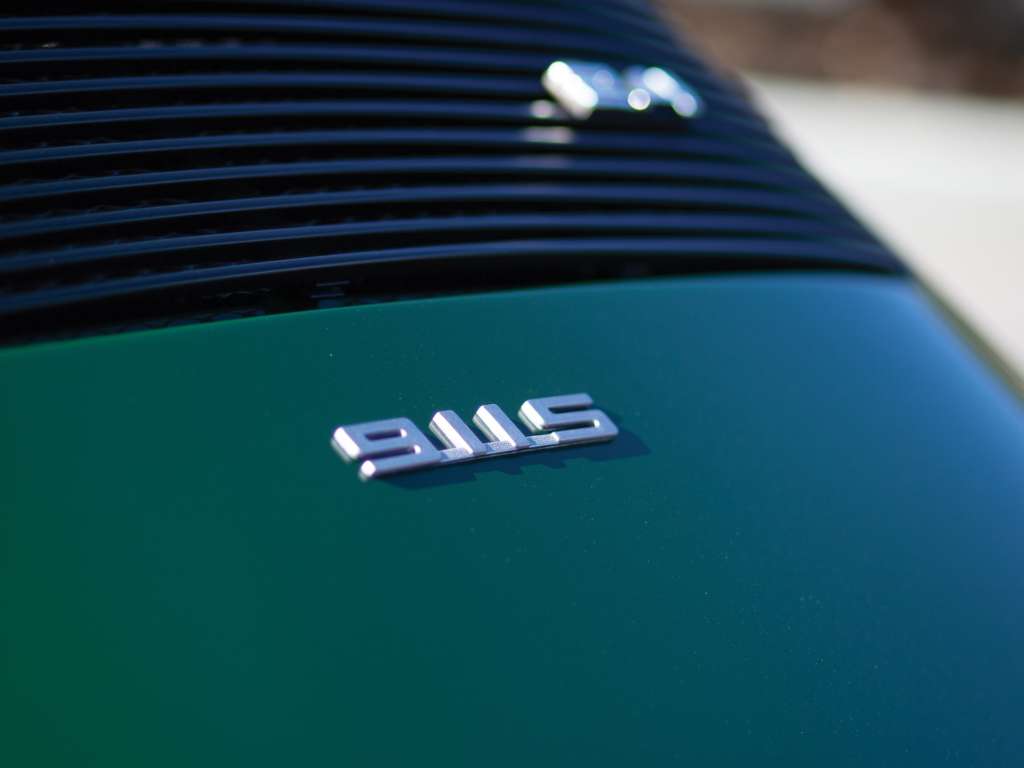 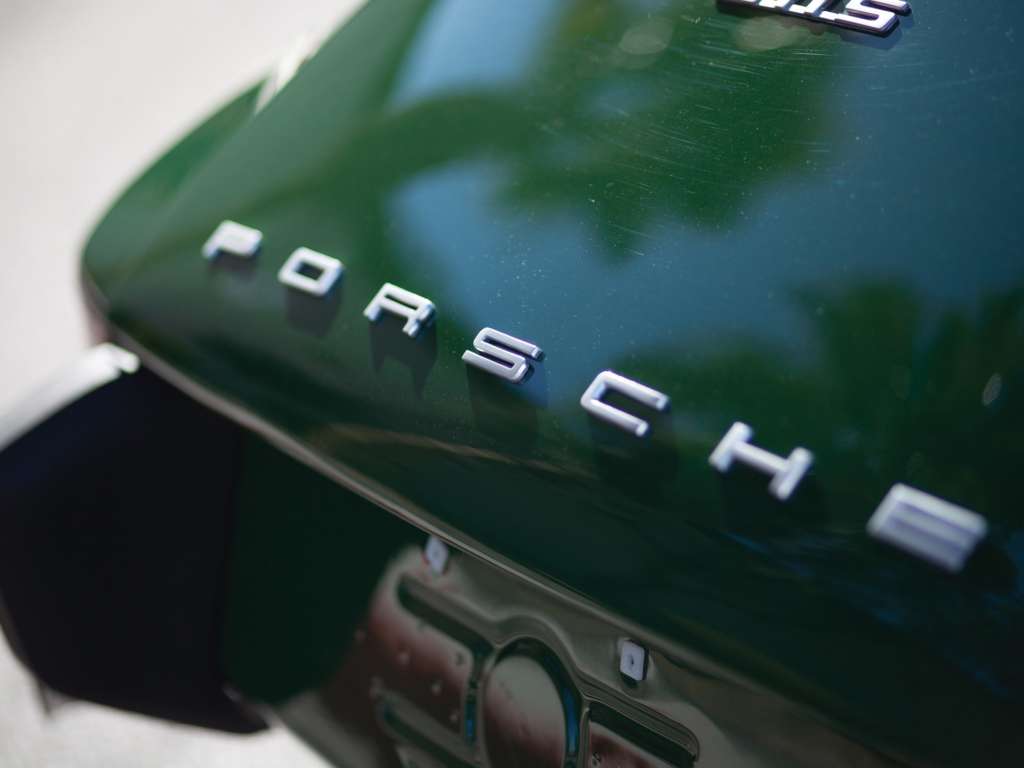 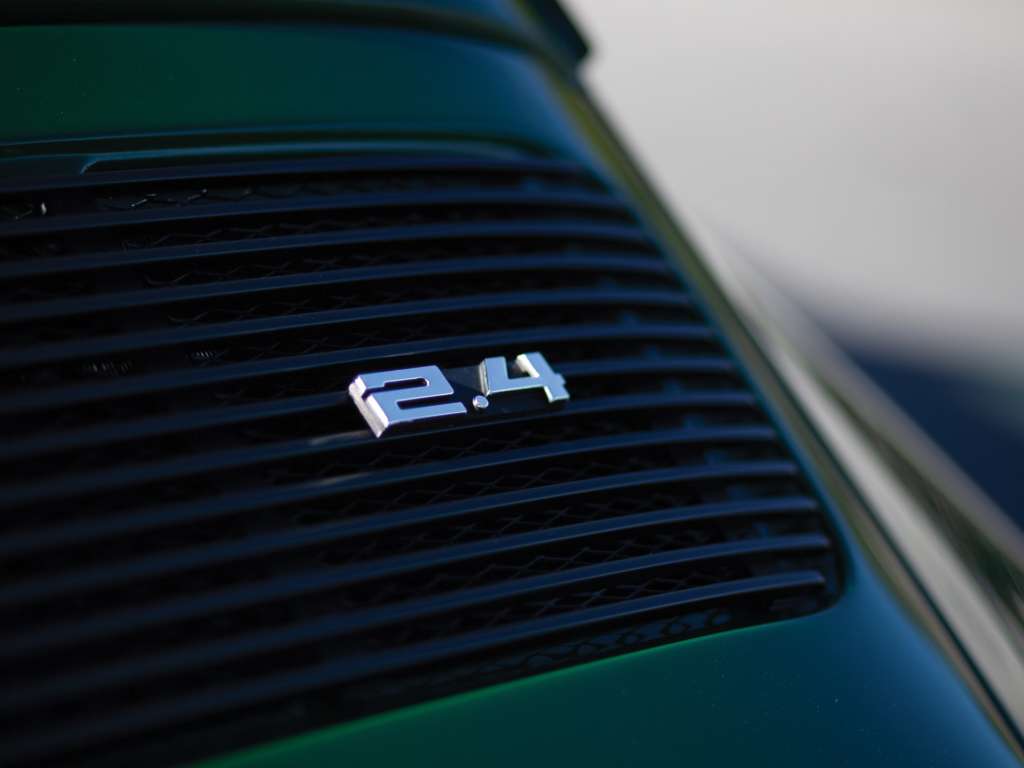 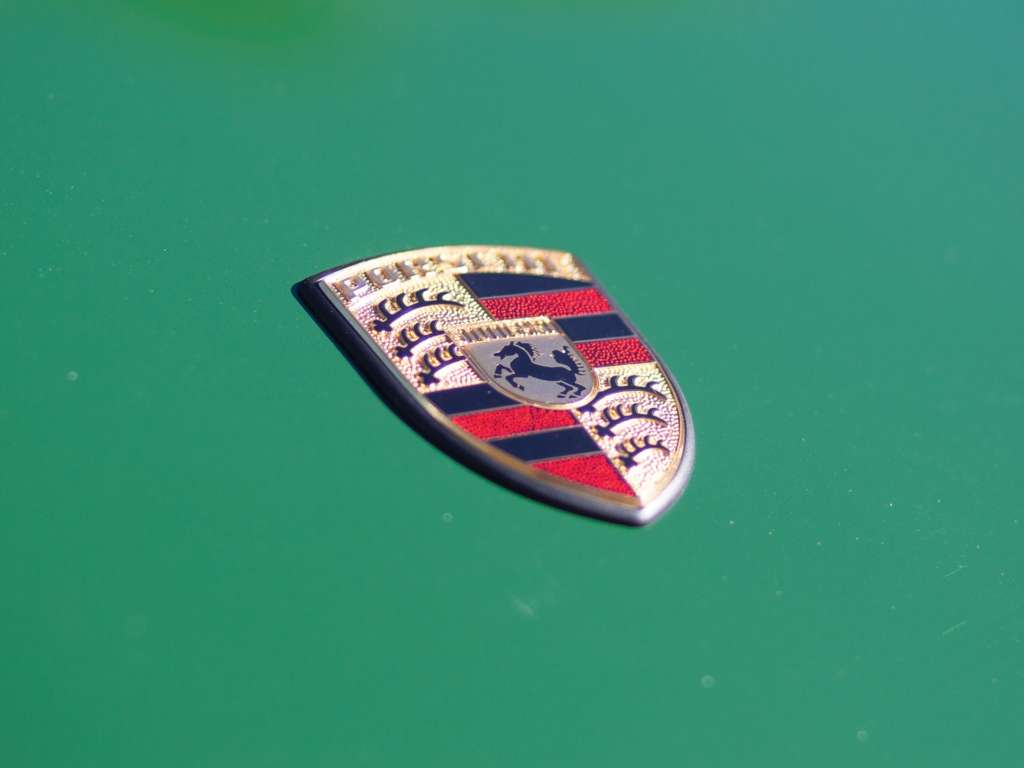 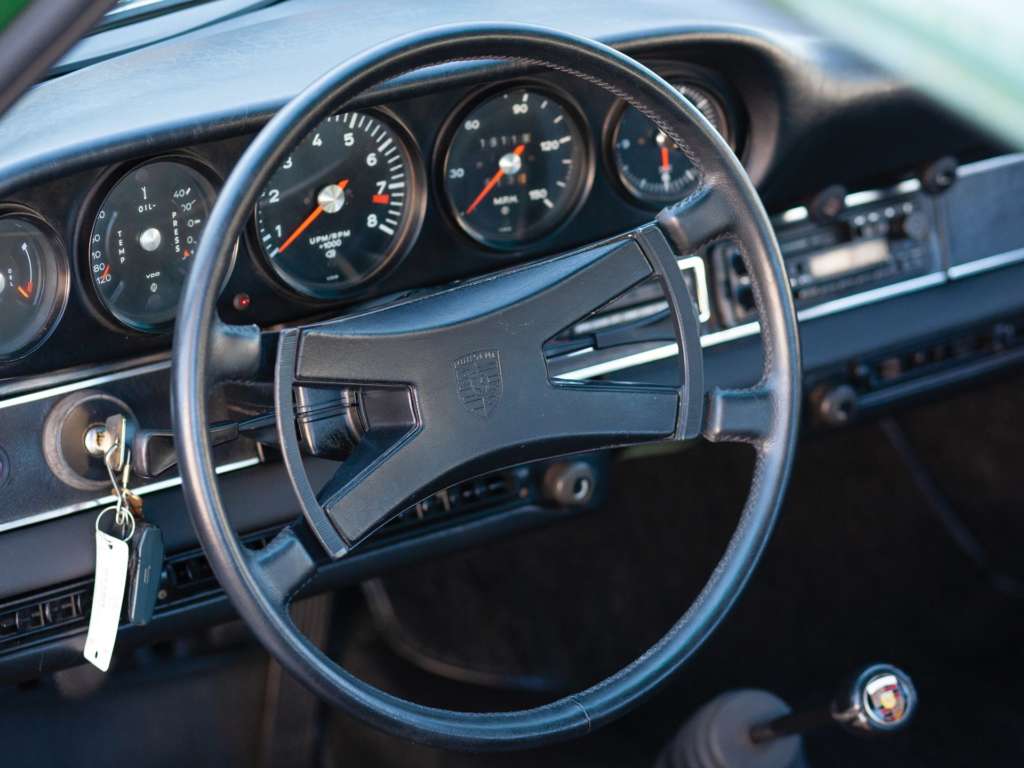 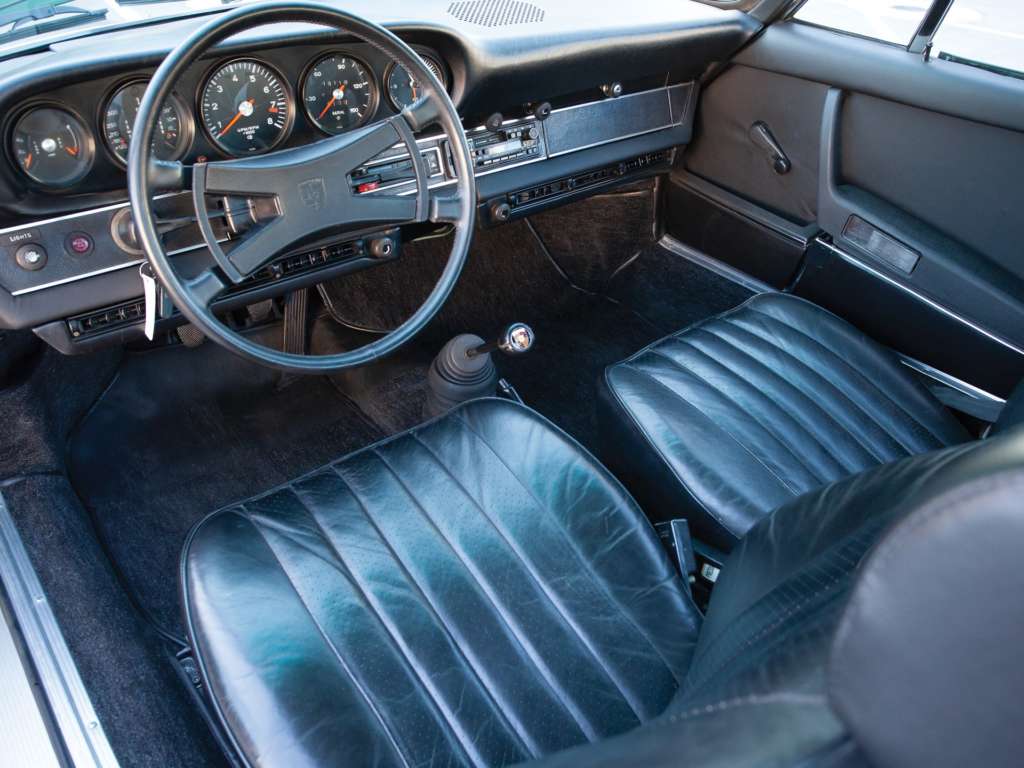 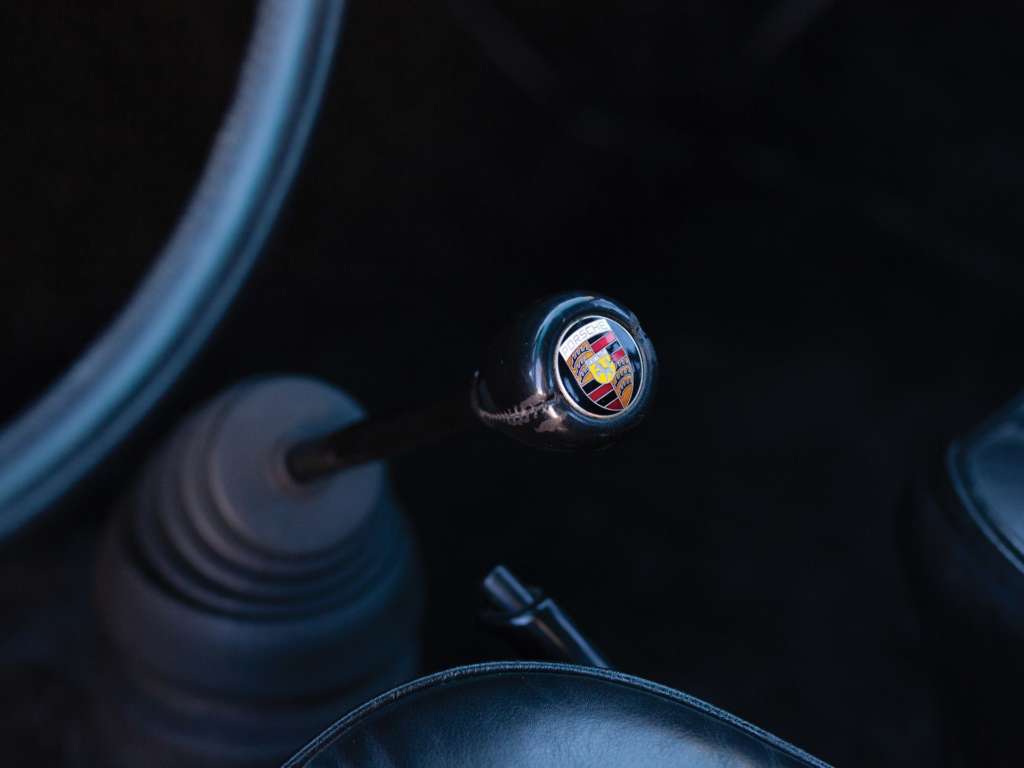 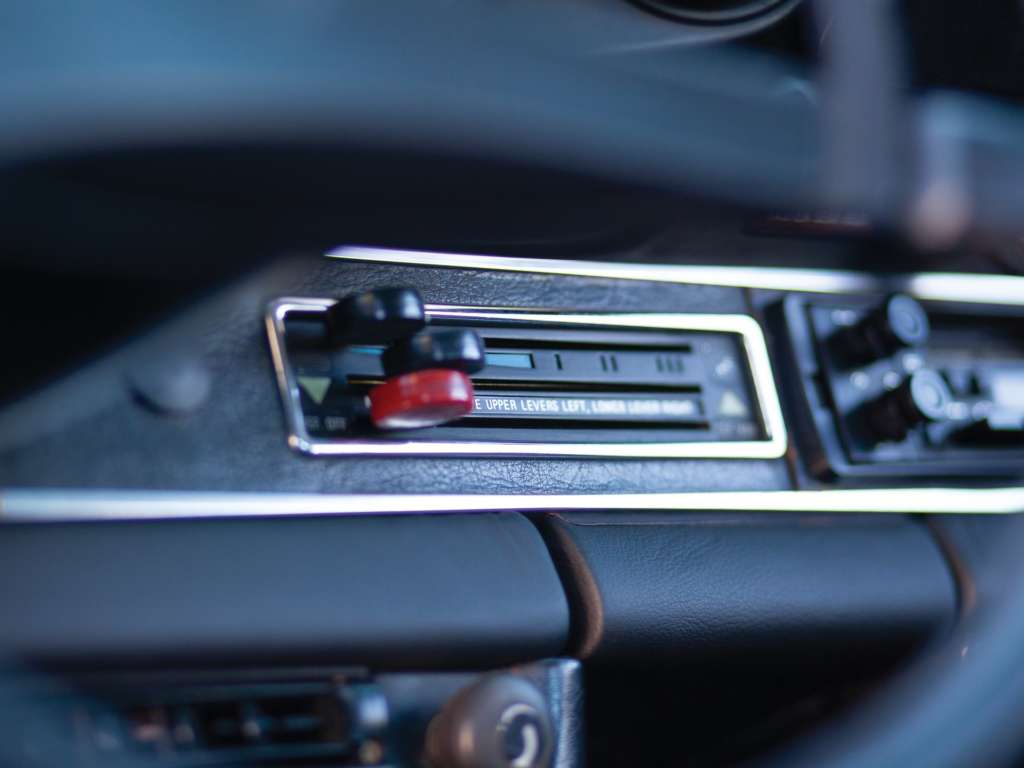 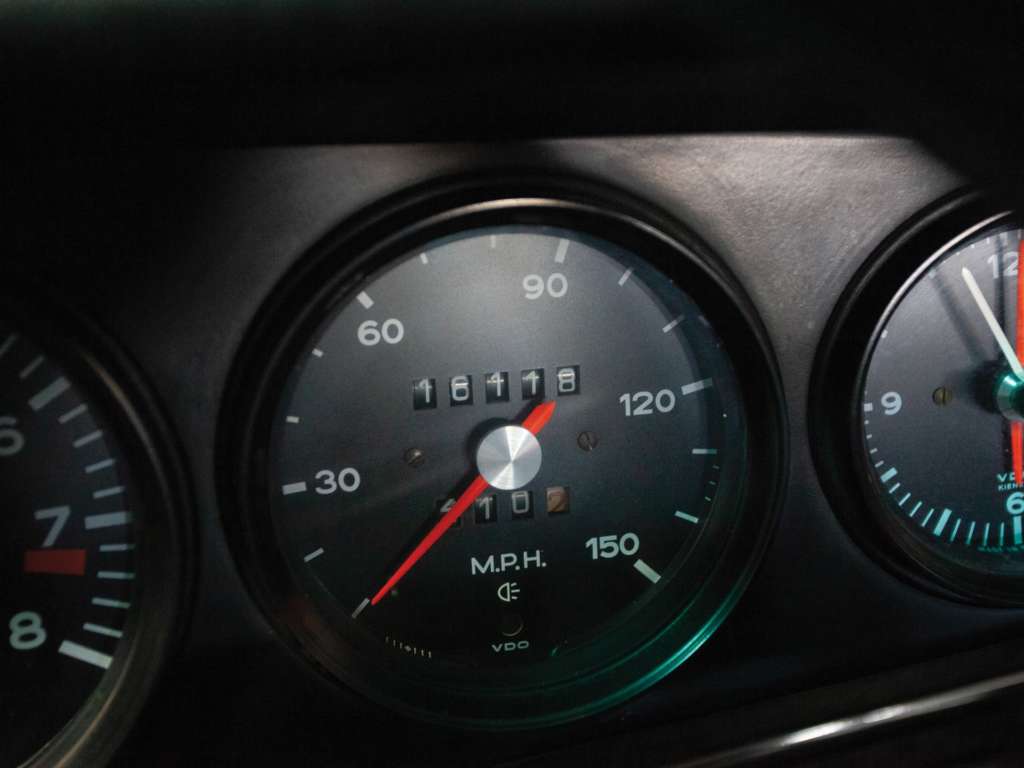