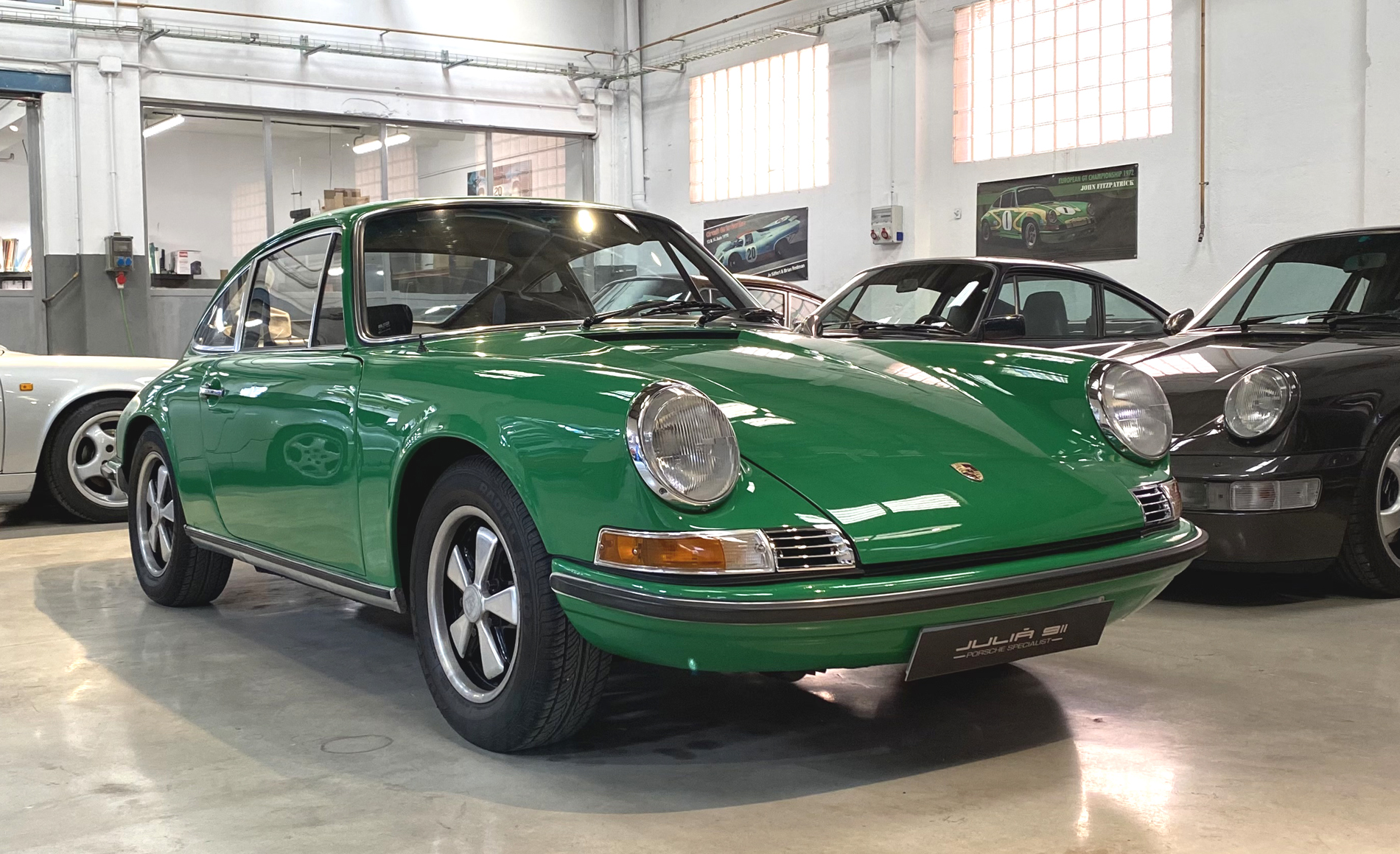 Porsche 911 F -Series must have an attractive color and this Conda Green is a good example!

The color Conda Green (code 026-222), was only available for the 1970 and 1971 models and is part of one of the most exclusive green colors of Porsche due to its low production. 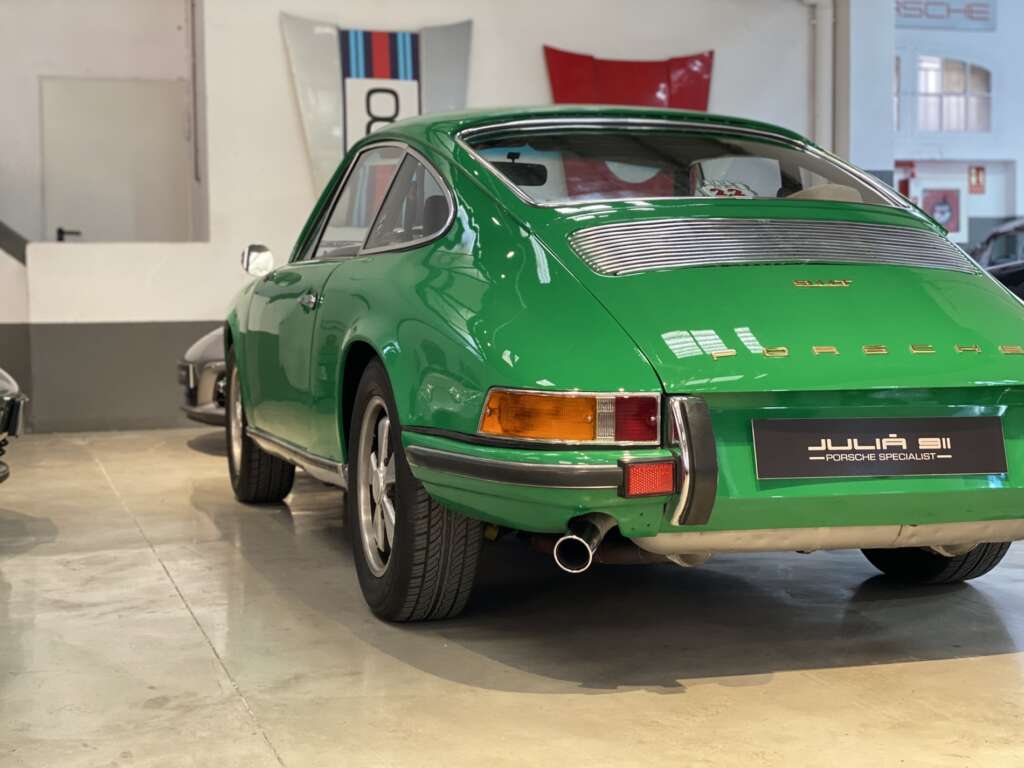 This unit currently mounts a 2.2-liter 6-cylinder “Matching Period” boxer engine that in this T version offers 125hp. The engine was restored in our facilities in 2013 and its original Zenith Carburettors changed for some Weber 40 IDTP 13C. 2.2E BIRAL aluminum Mahle pistons were used. It was also used to restore the 911/01 type gearbox, with the first gear down. At the same time, we revised the electrical installation, heating, fuel tank, etc. In total, the bill amounted to more than €22,000.

As optional equipment, this 911 T left the factory with 6×15” Fuchs wheels and the comfort package that, among others, includes: Exterior logos of the model in gold, aluminum door sills, rubber pads on the bumper stops, rubber on the bumpers and on the doors, leather steering wheel or clocks from the S model. 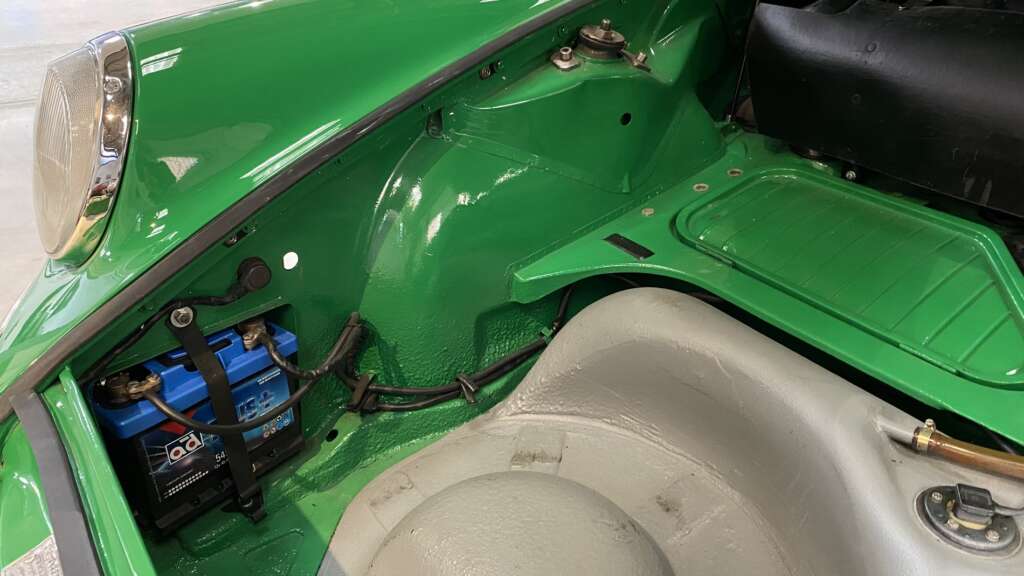 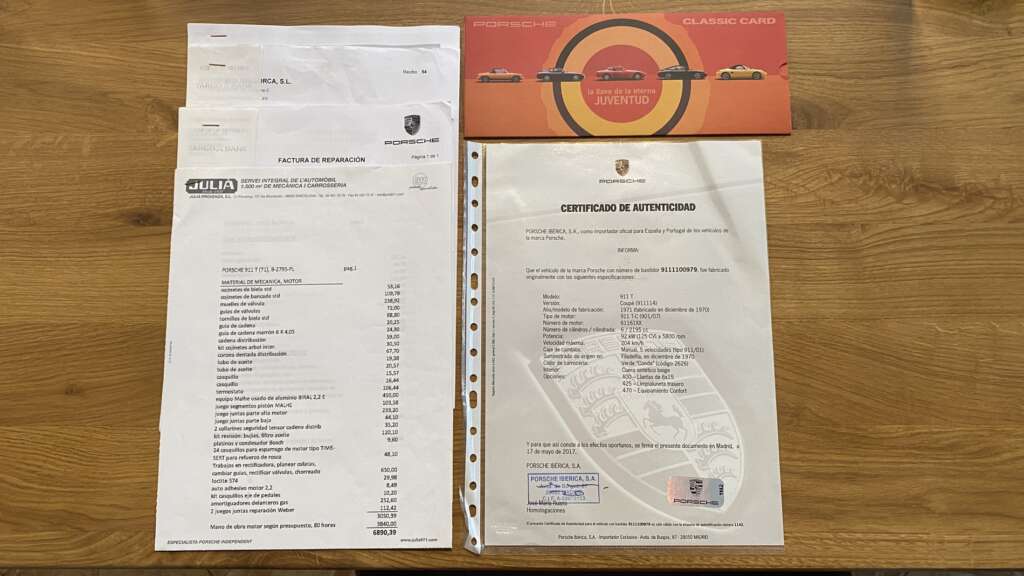