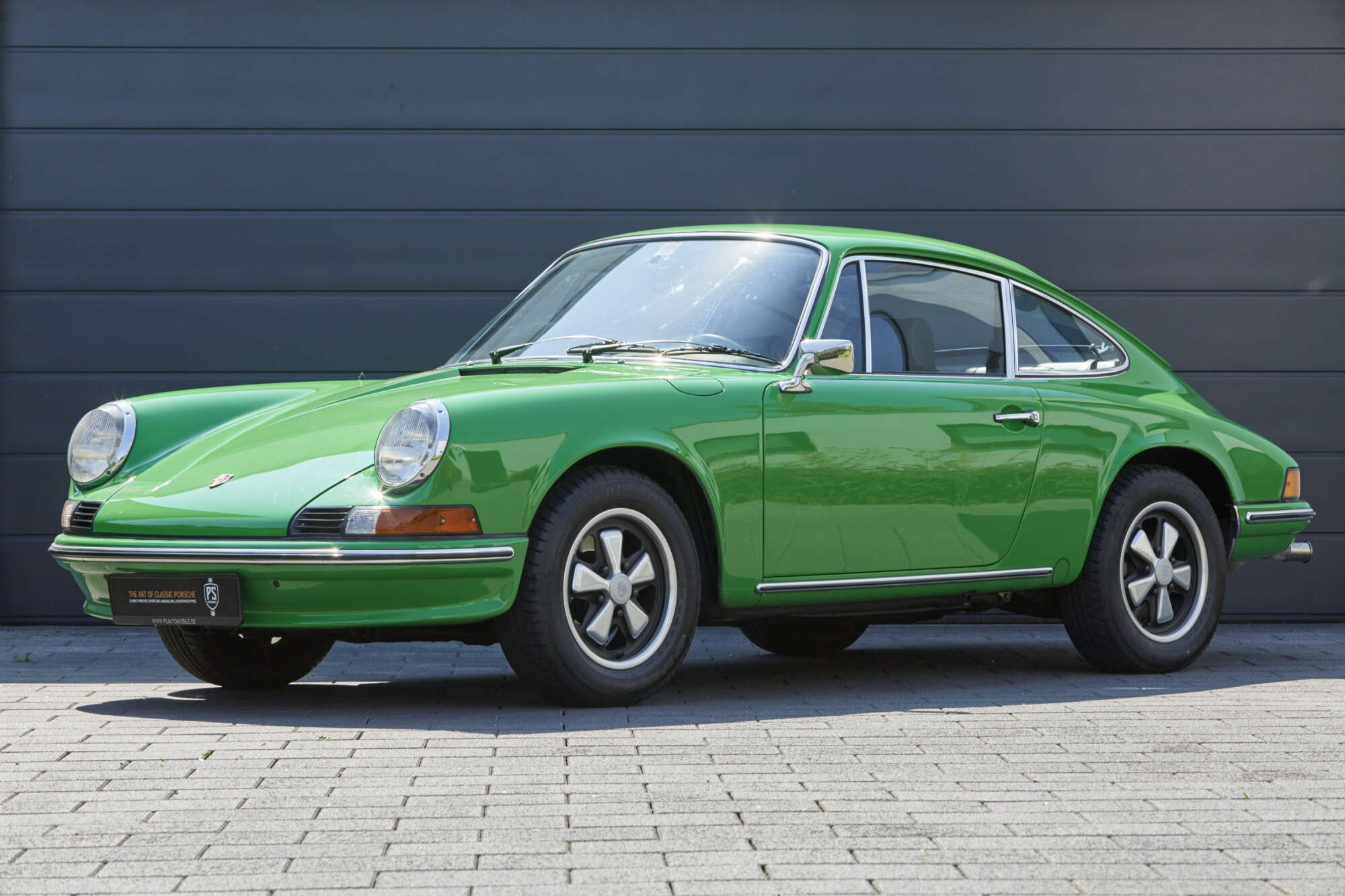 One of the last produced European F-models in a dream color with only 39,920 km original mileage!

The vehicle was delivered to a doctor in Avellino, Italy. The Medicus sticker is still on the windshield.

Vehicles built only in 1875 in the European version with the carburettor engine. The last generation of the vehicles (1973) already had a significantly more modern and more precisely shifted 915 gearbox and an extremely powerful 2.4L engine with carburettor and 140 hp.

These measures, in conjunction with the extended wheelbase introduced in 1968, resulted in a very balanced driving behavior in these vehicles. The “rear breakout” popular with some drivers and feared by others was significantly reduced.

The Porsche 911 T on offer is without a doubt one of the best original 911 T vehicles that still exist.

Originally the vehicle was delivered to a dealer in Avellino / Italy and given to Dr. Giovanni Cardona Albini sells. In 1978 he passed the vehicle on to his partner, Mrs. Federica Mazullo. The vehicle has only been used sporadically over the years. It was located in a representative city palace and was practically parked there in the entrance hall.

In 2000, the vehicle with only 27,000 km of mileage was bought by a dealer, Mr Carmelo Campanella from Naples, who was 66 years old at that time, and brought to his private exhibition, where it was also only taken out and used for special events .

In 2006, Mr. Campanella sold the vehicle and sold it to a collector in Italy, from whom we then acquired the vehicle in 2007.

At the time of purchase by us, the total mileage of the vehicle was 27,850 km. All original oil change marks, logbooks, check books, etc. were still there.

The vehicle is still in excellent original condition. The exterior paintwork is still the original, as carried out by the factory in 1973. The paint has very few scratches, stone chips or bleaching. The paintwork was only slightly touched up in two places.

The total paint thickness of the vehicle is between 85 and 165 mµ, which clearly speaks in favor of an initial paint job. Only the rear engine cover has a slightly higher layer of 214 and 226 mµ. All gaps on the outside of the vehicle are in an original, practically perfect condition. The hoods and doors have obviously never been removed from the vehicle and do not require readjustment.

The door and hood seals are still original. All fits and closings are excellent and still in almost new condition.

This vehicle is also beautifully presented by the black anodized rear grille and the black anodized lettering, which, as every connoisseur knows, changes its color slightly to brown over the years. The lettering can practically no longer be found in the original and even today no longer available as a spare part. The same applies to the original Porsche logo on the front hood. It is still in extremely beautiful condition, the orange enamel shows no signs of flaking or fading.

The interior of the vehicle is completely untouched. The carpeting is not worn. The inner trims are in the original vinyl material without warping, dents or cracks.

The dashboard is without any distortion with excellent fits.

The entire seating system, door panels and door pockets are practically new. The headliner is original, as are the sun visors and all the instruments. Here, too, you can see the low mileage of the vehicle, even as a non-professional. You can clearly feel and see the difference.

All windows on the vehicle are original, this also applies to the front window, which still bears the Medicus sticker.

The original rims, which are in a slightly used condition and which still have the original anodized coating, are particularly beautiful.

The vehicle's engine runs perfectly, starts without organizing and runs smoothly in all load ranges.

The transmission shifts precisely, without any noise from the synchronizer rings or other impairments.

The heat exchangers and the exhaust are original, in a used but perfect condition.

With this vehicle, we are presenting you with a very special piece of history in Porsche.

In over 22 years of experience in this market segment, we have never seen a better original vehicle, whether in optics, engine or technology.

This vehicle belongs in the hands of a real enthusiast or collector. 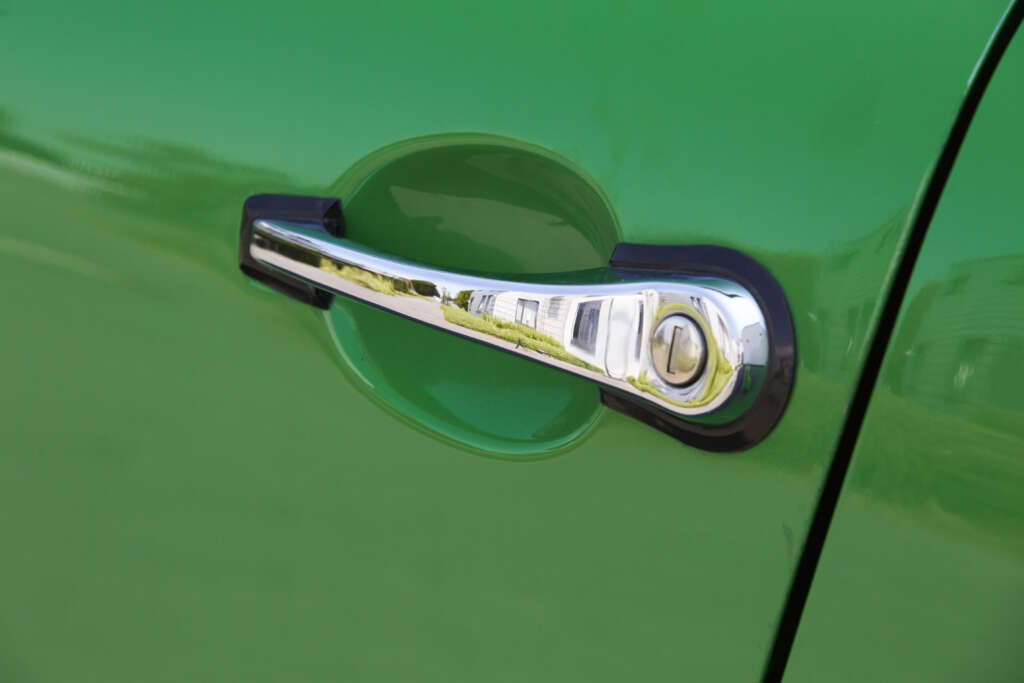 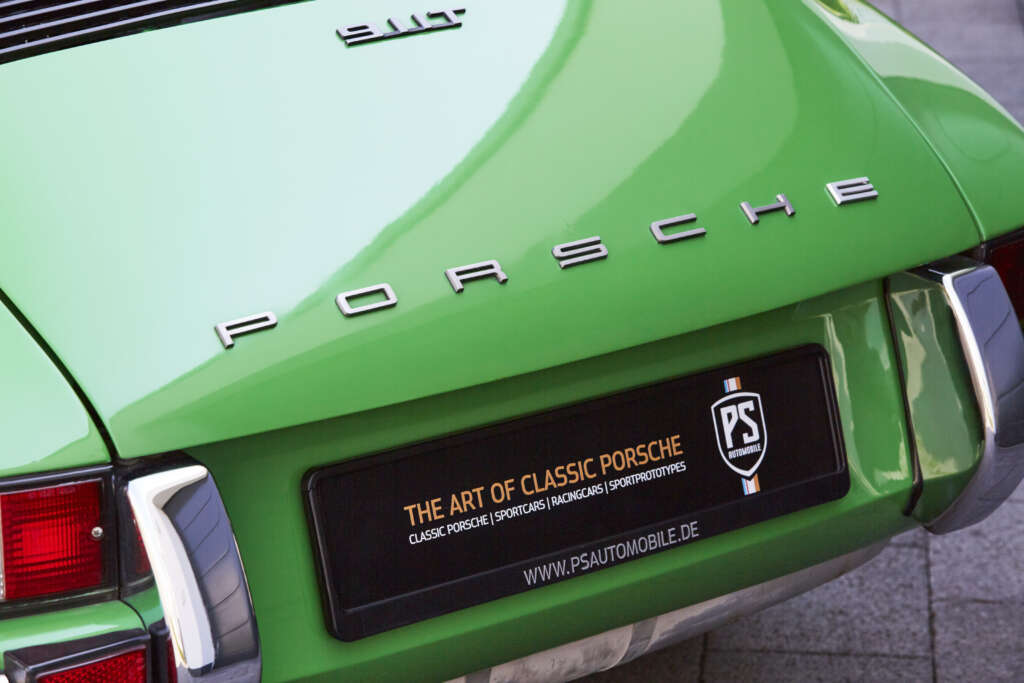 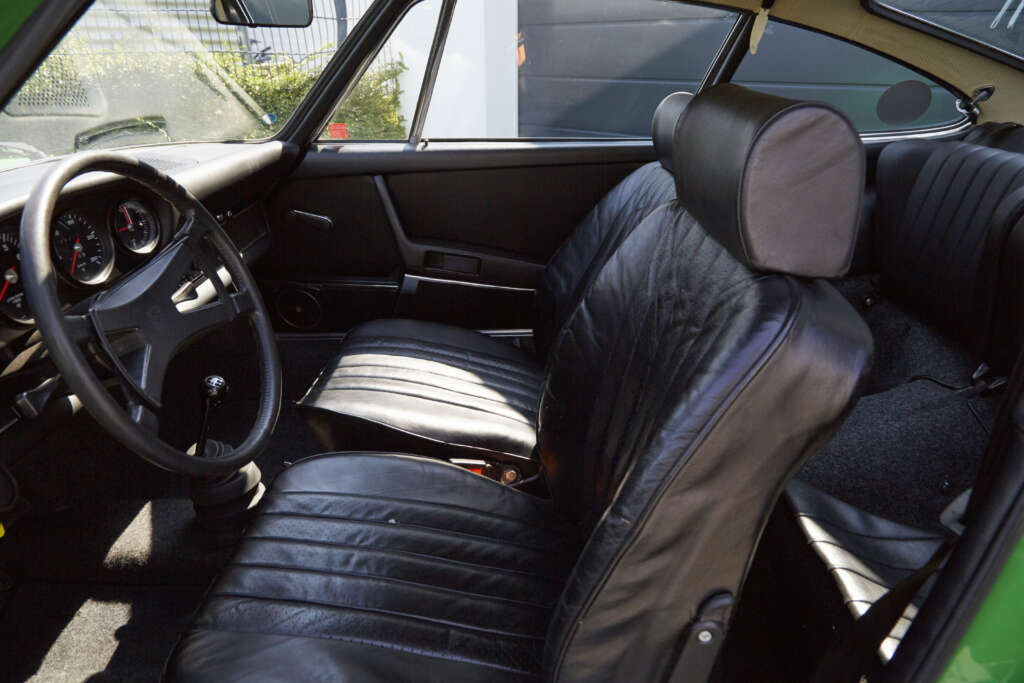 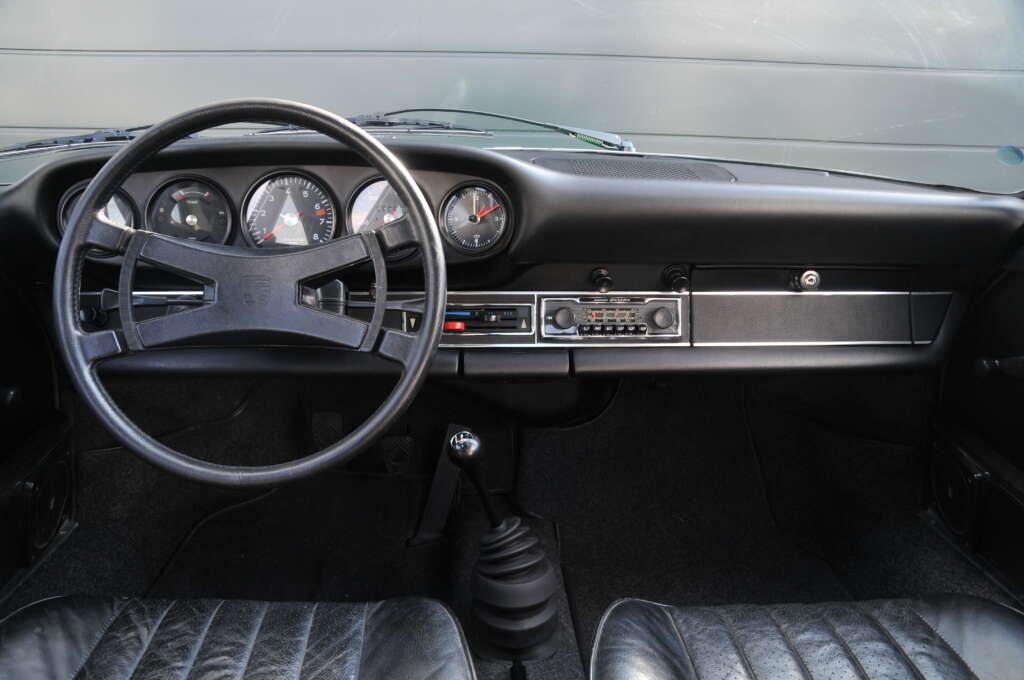 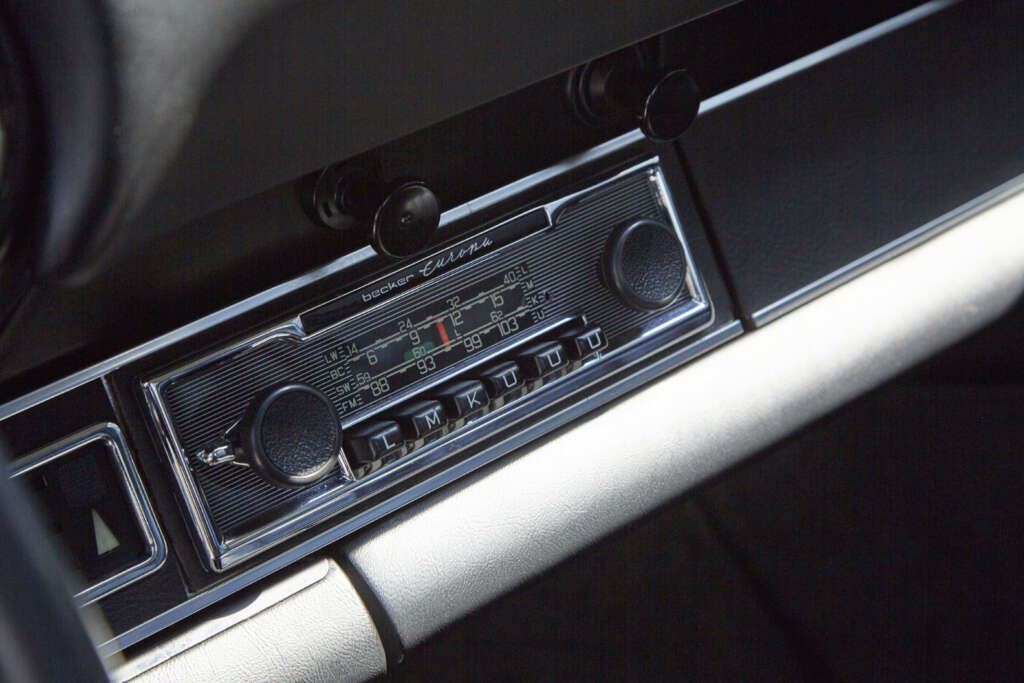 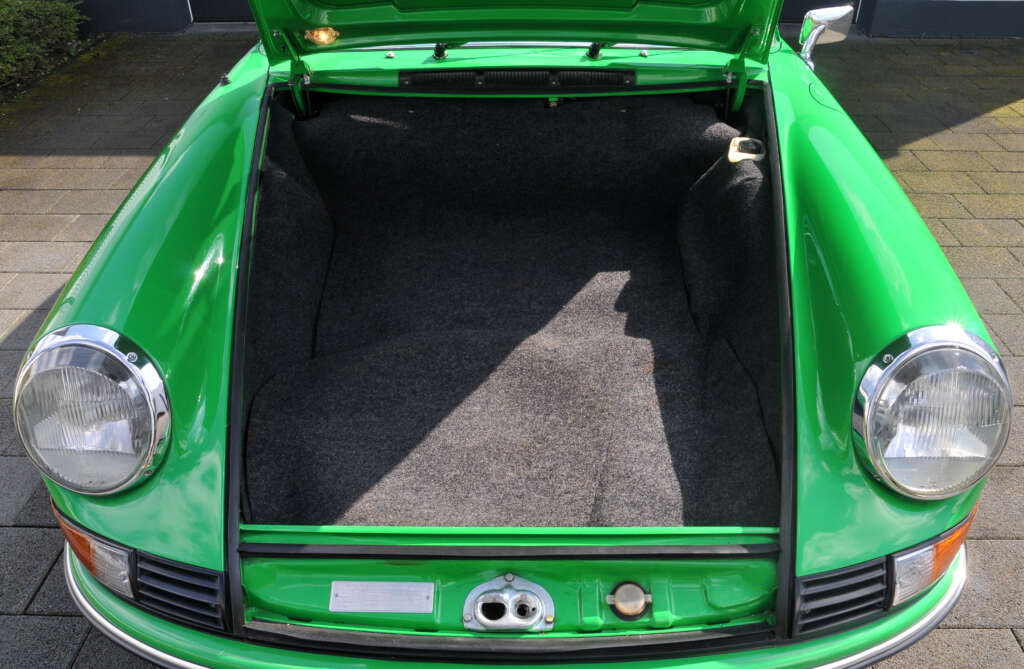