Only 156 specimens of the 930 Targas were produced worldwide in the model year 1987, of which only 9 as a factory Slantnose (flat Schnauzer, factory code M505). This makes this version the rarest open variant of the Porsche Turbo. This highly exclusive Turbo Targa has been factory-ordered with sport seats and limited slip differential and cost $ 102,467.90 according to the enclosed new vehicle bill. The vehicle is in the original paint, has a total mileage of only 21,500 mls and pleases with its complete on-board documents with a checkbook. 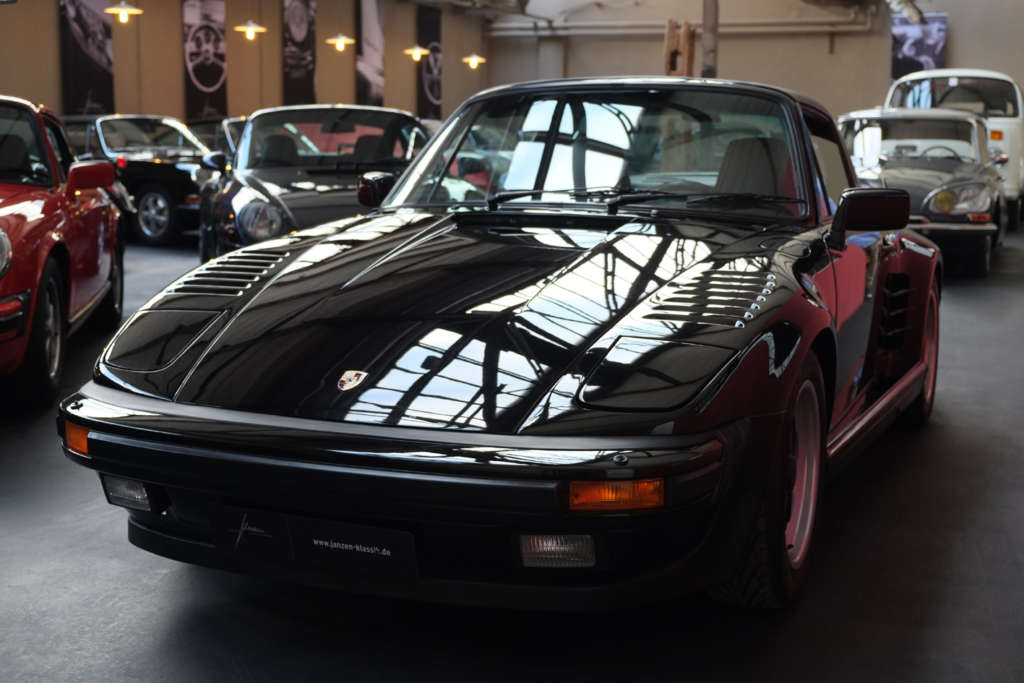