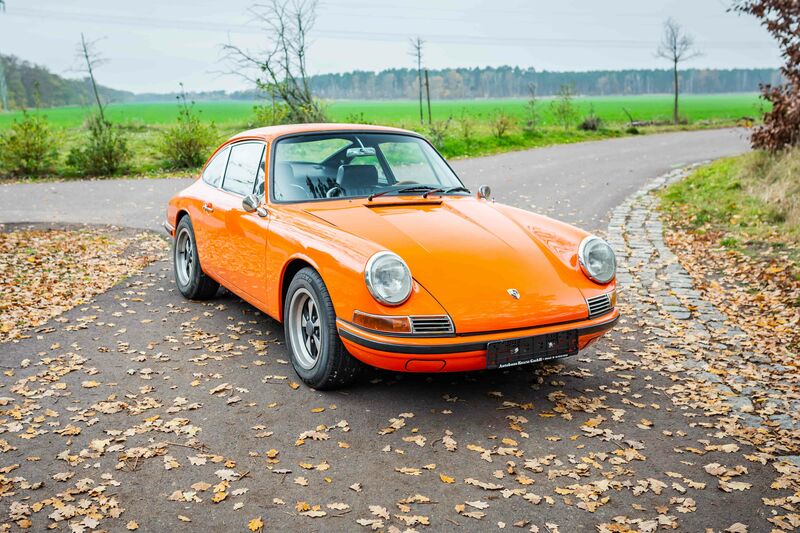 A Porsche 912 from the year of construction 1966 can now also be bought in this auction: It is a vehicle with first registration on July 1st, 1966 and first delivery to the USA. A sticker on the rear side window suggests that this 912 was even represented in the Porsche Club America. The Porsche 912 has a total of 5 owners, the last of whom was a doctor. The chassis number is 350887, the keys are 3 pieces. The general inspection is valid until August 2022, and the Porsche has already been given an H approval with matching numbers. According to the current owner, there is a history and the engine has been overhauled. 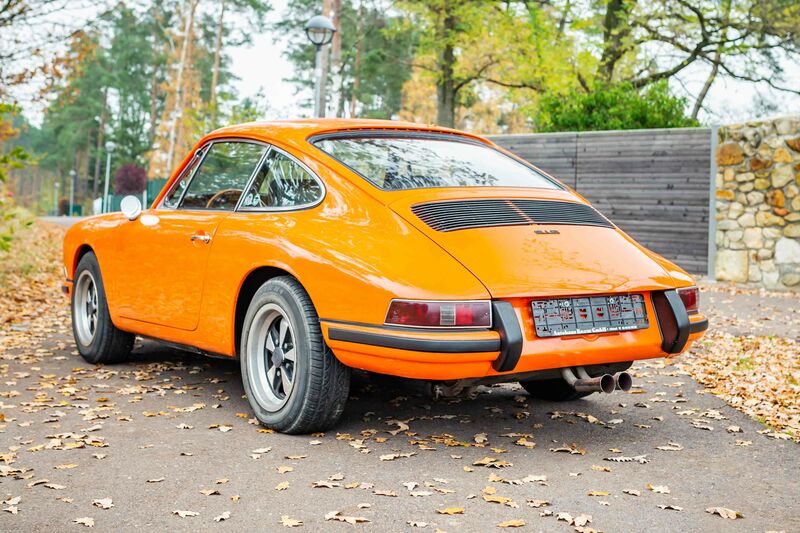 In terms of paintwork, the 912 has the original manufacturer's color signal orange, a classic color scheme that revives the 1960s. According to the owner, it was repainted in the original color. The exterior of the Porsche impresses with its undamaged and evenly running paintwork, not even stone chips can be seen on the front. The only downer is slight corrosion under the front, centrally located ventilation slots in the area of the front hood seal. The chrome shows its shiny side and the glazing all around shows no scratches or other damage. The only modification to be noted is a sports exhaust system, which amplifies the sound of the boxer again, otherwise the exterior of the 912 is entirely original.

Sumitomo tires that are in good condition are mounted on the vehicle together with original Fuchs rims that are extremely well preserved for their age. The condition of the braking system can be classified as good, the chassis, which is equipped with shock absorber struts, lower triangular wishbones and longitudinal torsion bar springs on the front axle and with a trailing arm axle and transverse torsion bar springs on the rear axle, is in its original state.

Sporty, contoured black partial leather seats can be seen in the interior of the signal orange Porsche: The seats are not chafed or torn. The gray interior carpet shows no stains, the headliner is in very good condition and the black dashboard is in a crack-free condition. There is also a wooden steering wheel with slotted aluminum spokes in the interior of the 912, which, like the gear knob, is in perfect condition. No damage can be found inside the Porsche. It is also worth mentioning that the windows can be opened mechanically using a crank, and hinged windows also provide additional fresh air.

Five instruments with green lettering can be found on the dashboard, the pointers are white: this color combination brings the 356 models to mind. 17,321 miles can be read on the speedometer. Probably the speedometer display was set to 0 after the engine overhaul, this would explain the current mileage. All instruments are shown to be fully functional.

The engine is a four-cylinder boxer engine in the rear of the Porsche 912: It develops 90 hp and has a displacement of 1.6 liters. Compared to its big brother with a six-cylinder, the engine is almost 50 kilograms lighter, and it also ensures good handling. The power is transmitted by means of a 5-speed manual gearbox. The engine overhaul means that there are no defects in the Porsche's engine area, and according to the owner, the transmission is at its best. According to the current owner, the last service was carried out six months ago, and there are no pending repairs.

On the underbody side, a black underbody protection and minimal corrosion that has emerged due to the age can be seen. Rust pockets or even improperly carried out work are apparently nothing to complain about.