Offered here in light silver-blue metallic-over original black is a 1966 Porsche 912 in well-maintained driver condition. With further investment, the car could be an excellent candidate for more extensive restoration. In 2019, Hagerty briefly explained the genesis of the Porsche 912: “As amazing as it was (and is), the 911 created a problem for Porsche. Killing off the venerable 356 would leave it with just one model, and a pricey one at that. Worried about shrinking sales and declining appeal, company brass decided to combine the sophisticated platform of the 911 with the simple engine of the 356 in an entry-level car called the 912.”

They proclaimed: “It was a brilliant idea. The 912 regularly outsold the 911 by a two-to-one margin. And why not? The adorable little sports car offered a driving experience not unlike that of the 911 at about two-thirds the price. Car and Driver called it ‘a 911 we can all afford to buy.’”

The car’s classic long-hood (pre impact-bumper) identical-to-the-911 metal has been repainted from the original Gulf blue (a much darker shade of blue) to its current color. The paintwork appears to have been professionally executed and retains an even, glossy shine overall. Door opening areas show some indications of rust. Chrome trim shows aging patina, but is complete. Emblems—including the bespoke script “912” prized by collectors on the slightly dented rear engine lid—are similarly correct. Window glass is clear without cracks. Headlight lenses are cloudy from age. Black “Porsche” side stripes, though not technically “correct” for the car, are properly affixed. In the same way, non-standard BBS-style wheels are mounted. The car’s ride height has been raised courtesy of the addition of adjustable yellow Koni shock absorbers.

Inside, the original black leatherette upholstery (documented on the accompanying Porsche Certificate of Authenticity) and trim is original and in driver-quality condition free of signs of abuse. The headliner is complete and like the upholstery, shows no rips or tears. The shift-knob for the 5-speed manual transmission wears the Porsche crest. Original dashboard green-number gauges remain in place. Both the steering wheel and Jensen radio have been added. Under-dash air-conditioning system—in all likelihood, dealer-installed—is also present.

Under the rear engine cover, the 1.6-liter flat four-cylinder engine is married to the transaxle. The two have been recently rebuilt and perform properly. Both also bear numbers forged into the metal matching the Certificate of Authenticity for the car’s six-digit chassis number. The car’s odometer shows just over 55,000 miles which is believed to be accurate.

As is often the case for Porsches of this era, the car’s undercarriage shows rust on the body pan, as well as surface rust on a number of components. No rust-through is evident. Suspension components are complete and undamaged, and the lower surfaces of the engine and transaxle are clean reflecting the recent rebuild. The yellow Koni shock absorbers are similarly fresh-looking.

The condition of this vintage Porsche 912 is presented in the more than 120 high-definition photographs, together with a short walk-around-and-startup video mentioned earlier, available at the GarageKeptMotors site. That said, there is no substitute for an in-person, up-close inspection. We do, however, encourage inspections by interested parties at our Grand Rapids, Michigan showroom. We ask only that an appointment be made by phone or email in advance. Our showroom is not open to the public.

There was a time not long ago when 912 owners would find themselves relegated to the distant back row at many Porsche gatherings. No more. Nowadays, it’s the Porsche 912 that’s often the center-stage attraction. Not surprisingly, values have moved accordingly, as Hagerty noted: “As with all air-cooled Porsches, 912 prices climbed faster than a Falcon 9 rocket until a few years ago when they began to level off. But even now, clean, low-mileage examples can hit $70,000….” This silver-blue 912 is ready to serve its next owner on enthusiast drives, or as the candidate for a full restoration. Either way, it’ll be a stand-out at those owner get-togethers.

(Please note: If you happen to be viewing this 1966 Porsche 912 on a website other than our Garage Kept Motors site, it’s possible that you’ve only seen some of our many photographs of this vehicle due to website limitations. To be sure you access all the more than 120 photographs, as well as a short walk-around-and-startup video, please go to our main website: GarageKeptMotors.) 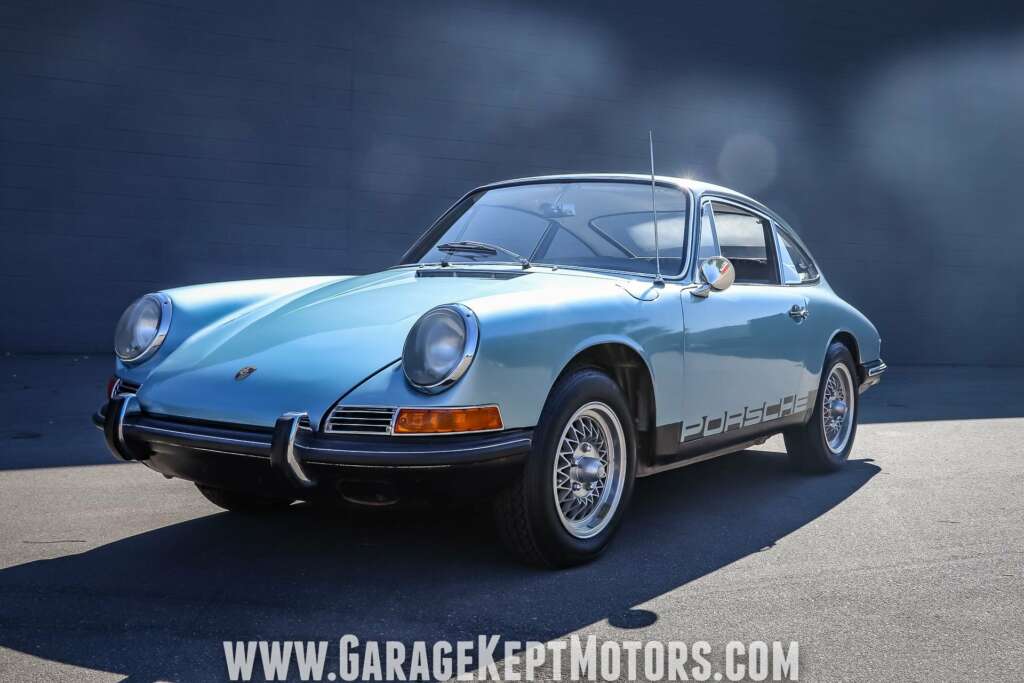 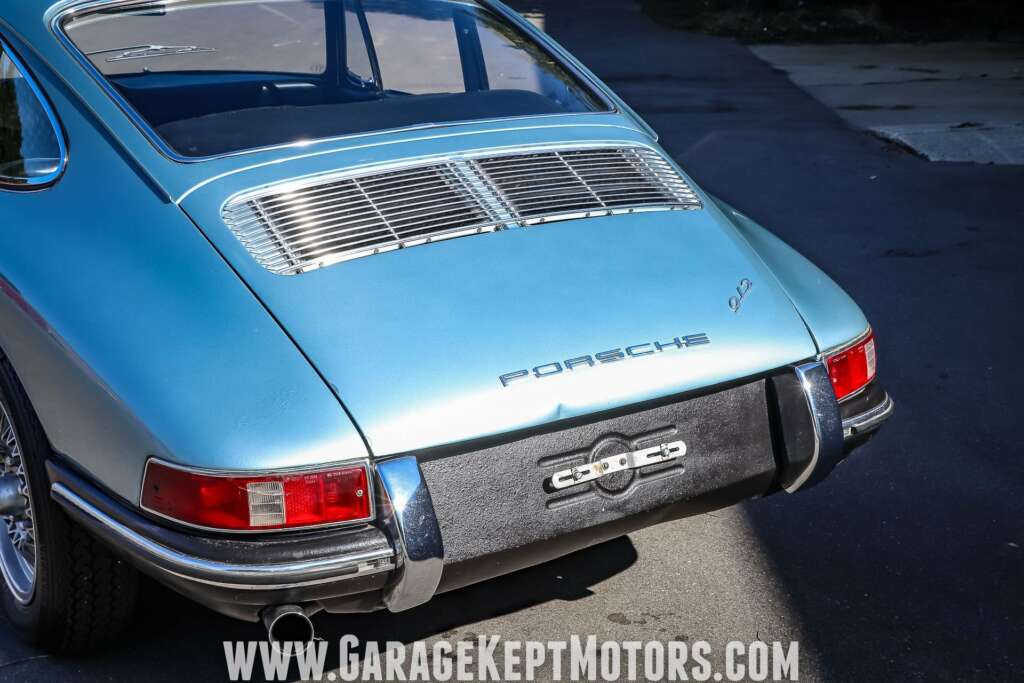 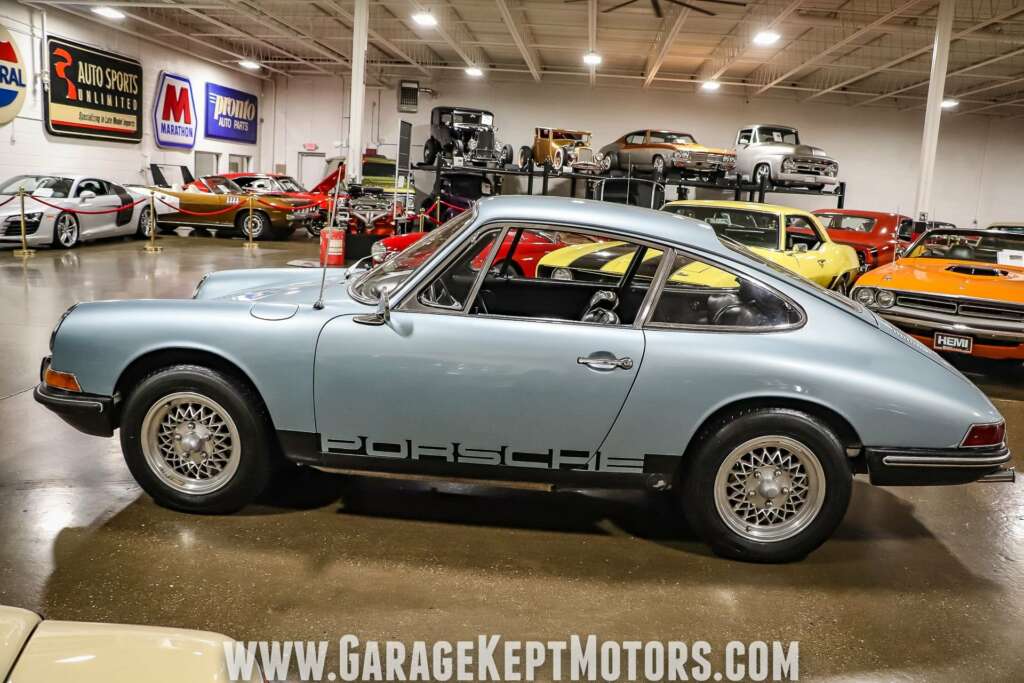 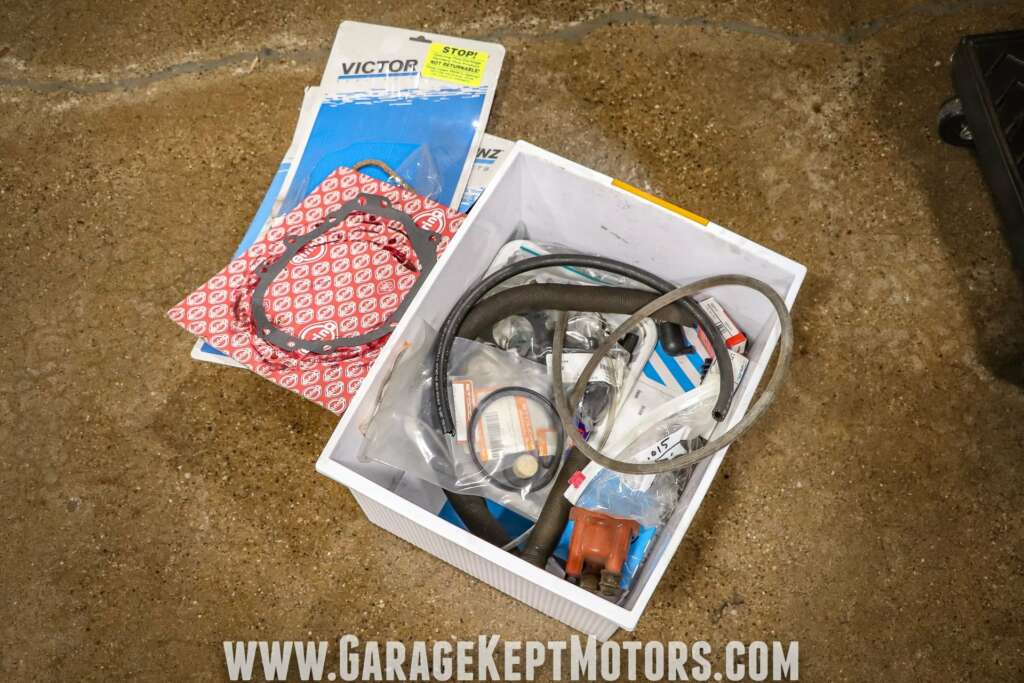