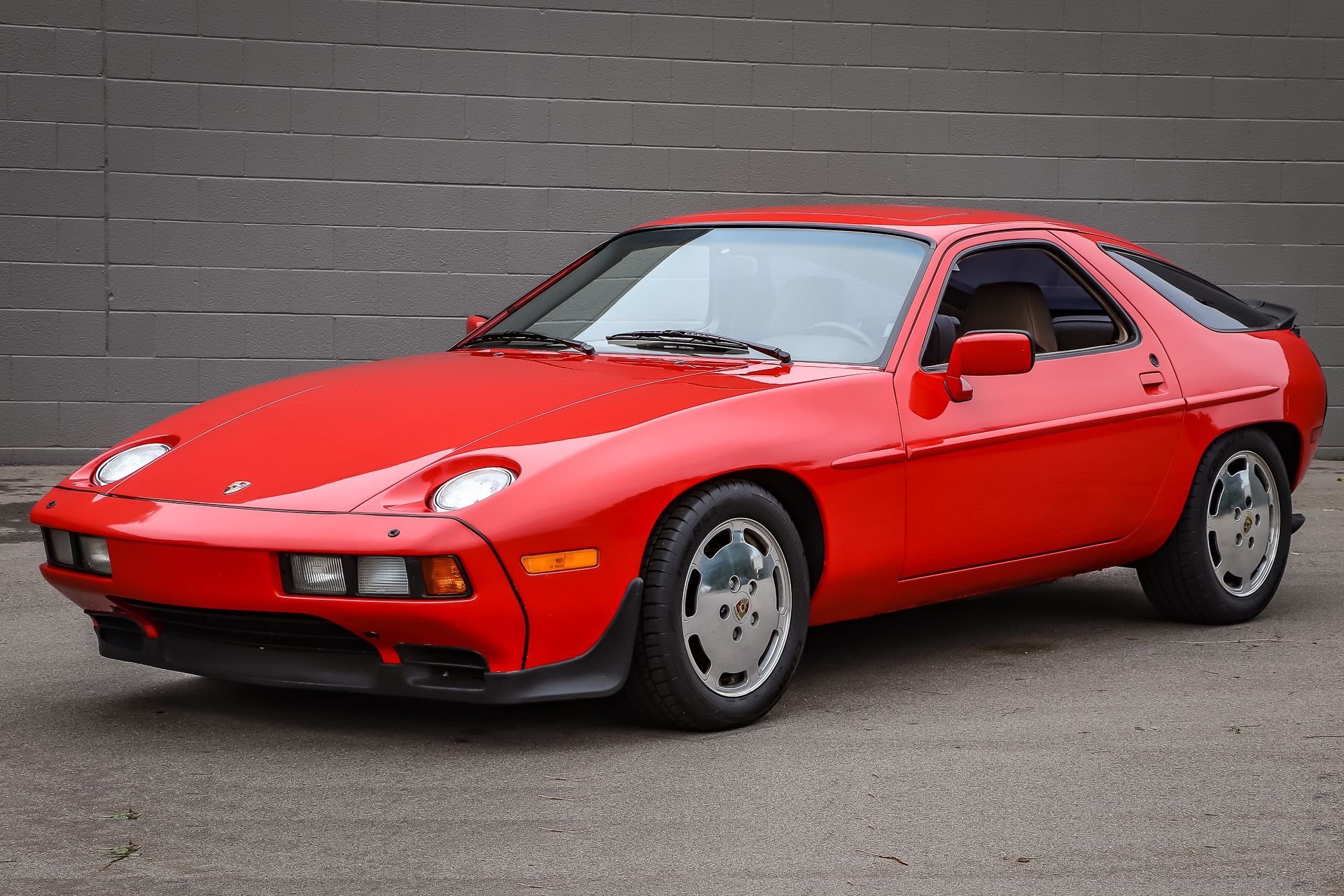 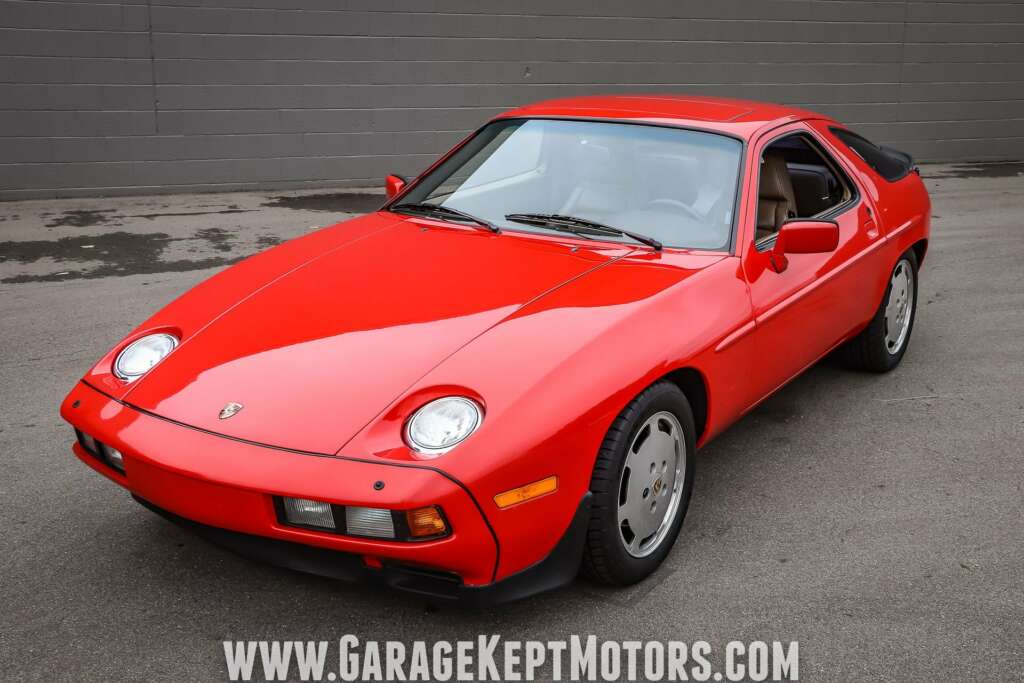 “The 928 is a unique car that was in many ways significantly ahead of its time.” –Automobile Magazine, January 2018

Originally meant to be a replacement for the Porsche 911, the 928 debuted as the fastest naturally aspirated production vehicle in the world. Over the model’s run, the 928 went on to “automotive legend” status. As the magazine writer cput it: “Even today, it invokes many oohs and aaahs when one rolls through town. And for many, it served as a poster child for many people’s dream car, particularly for those who grew up in the 1980s.”

The 1984 928 S offered here in Guards red single-stage paint (rarely seen on the 928) over rare brown leather interior is an excellent example of this autobahn grand-tourer. Originally owned in Arkansas, the car has been freshly and comprehensively serviced here in Michigan. That maintenance included all new engine belts, including the timing belt, installation of a new alternator, and replacing all seals and bearings. The only blemish on its record is a damage report arising from an unspecified incident some 19 years ago and more than 30,000 miles ago. Because the location of that damage on the car was apparently never recorded, a very careful inspection was recently completed. The result? It is impossible to see any evidence of repairs, and indeed, it’s virtually impossible to identify what might have been repaired. Every panel gap shows Porsche factory-fit; there are no dents; the doors, hood, and rear hatch are perfectly aligned, and the Guards red (“G1/Indishrot” in Porsche speak) paint is uniform, shiny, and free of blemishes. All emblems are present and properly located, and both front and rear bumper areas and spoilers are pristine and undamaged. The car’s polished alloy wheels (mounted with Cooper Zeon RS-3A performance tires) are free of curb rash and obvious wear.

Inside, the condition of the leather, carpeting, and switchgear (including the console-mounted automatic-transmission t-shifter) is uniformly excellent. The car’s original Blaupunkt AM-FM-cassette stereo head unit is mounted. The dashboard is free of cracks. The surfaces on the bespoke 928 bucket seats (front and back) show no damage or sign of abuse. The cleverly branded “928 S” steering wheel shows no significant wear. The light-tan 928-branded carpet mats alo show little wear.

Under the hood, the 4.6-liter V8 engine is nothing short of a work of automotive art. Most enthusiasts agree it is far more captivating in appearance than the later iterations. The remainder of the engine compartment is clean, tidy, and complete. Photos of the car from below also show none of the sort of damage that can arise from abuse or track use. The exhaust system is complete and properly installed.

The detailed condition of this 928 S is faithfully presented in the more than 185 high-definition photographs together with a short walk-around-and-startup video available at the GarageKeptMotors site. That said, there is no substitute for an in-person, up-close inspection. We encourage such inspections by interested parties at our Grand Rapids, Michigan showroom. We ask only that an appointment be made by phone or email in advance. Our showroom is not open to the public.

As to investing in a Porsche 928, Hemmings Motor News advised not long ago: “Overall, the 928 hasn’t yet reached the stratosphere that a few 911 models leaped into during the past couple of years, nor even some more common, older versions of the rear-engined car have. However, the time to find a bargain 928 is running out. Overshadowed by the 911 when new, the fast GT car now takes its own place of honor among the Porsche faithful, and collectors are noticing.”

(Please note: If you happen to be viewing this 1984 Porsche 928 S on a website other than our Garage Kept Motors site, it’s possible that you’ve only seen some of our many photographs of this vehicle due to third-party website limitations. To be sure you access all the more than 185 photographs, as well as a short walk-around-and-startup video and a link to its Carfax report, please go to our main website: GarageKeptMotors.) 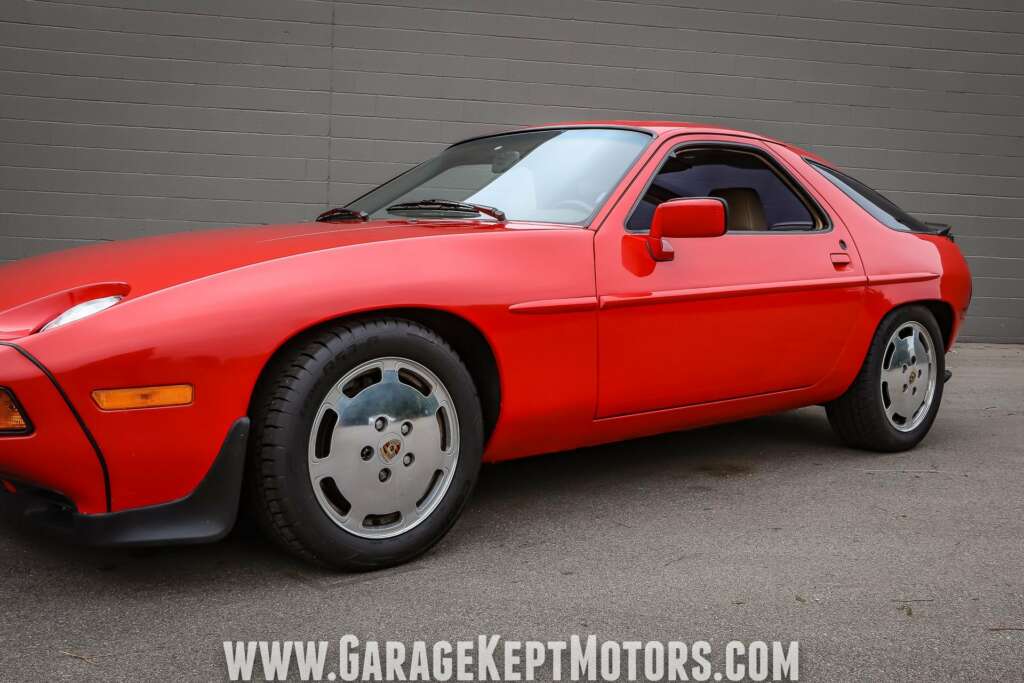 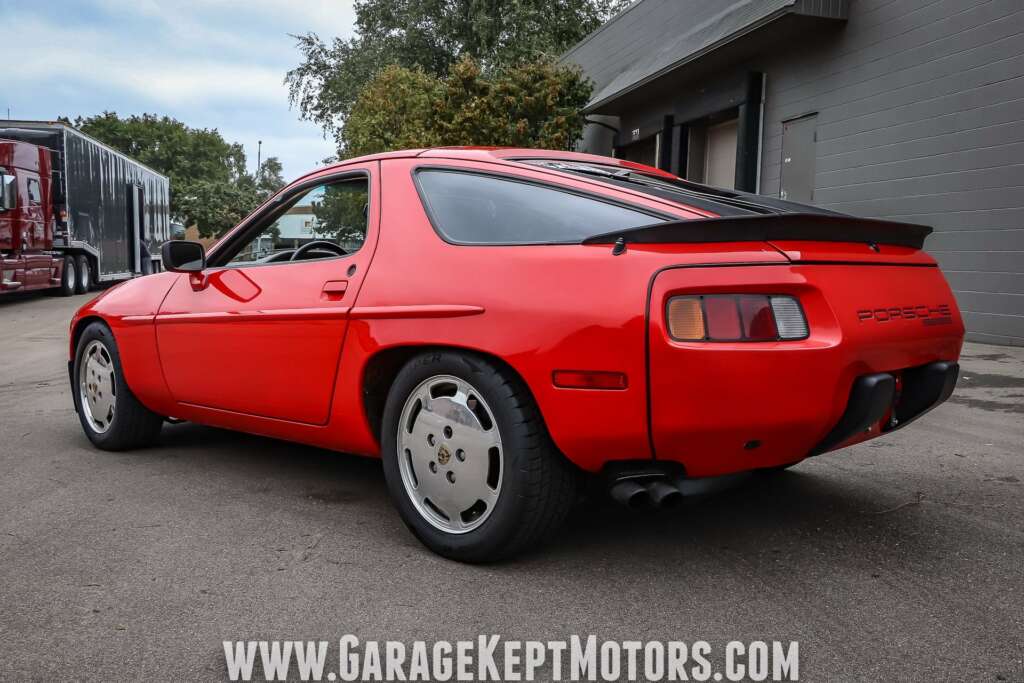 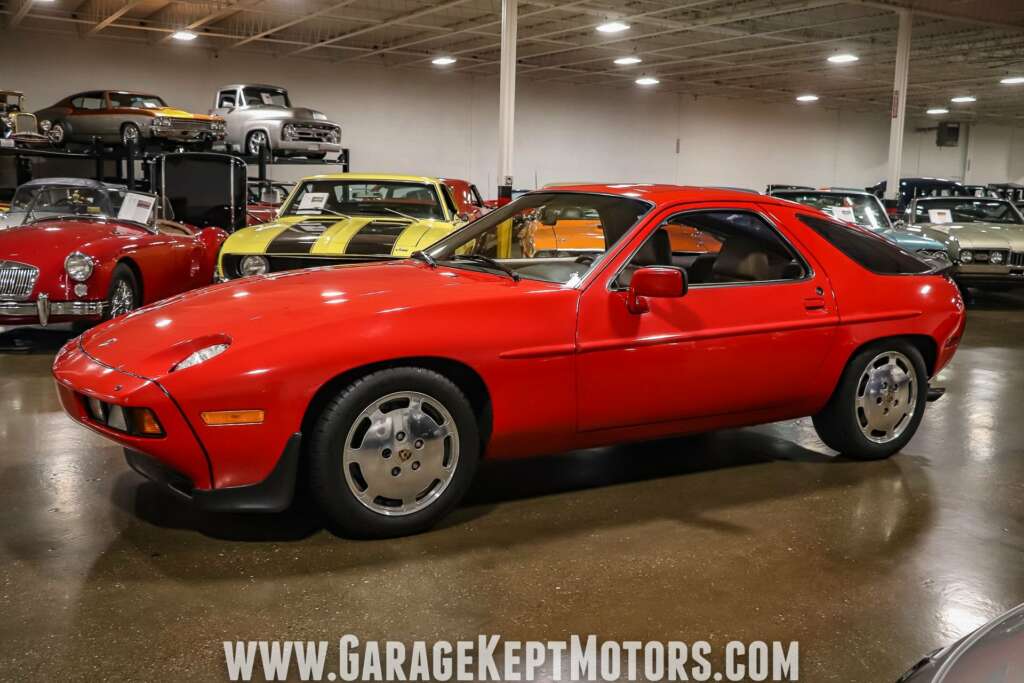 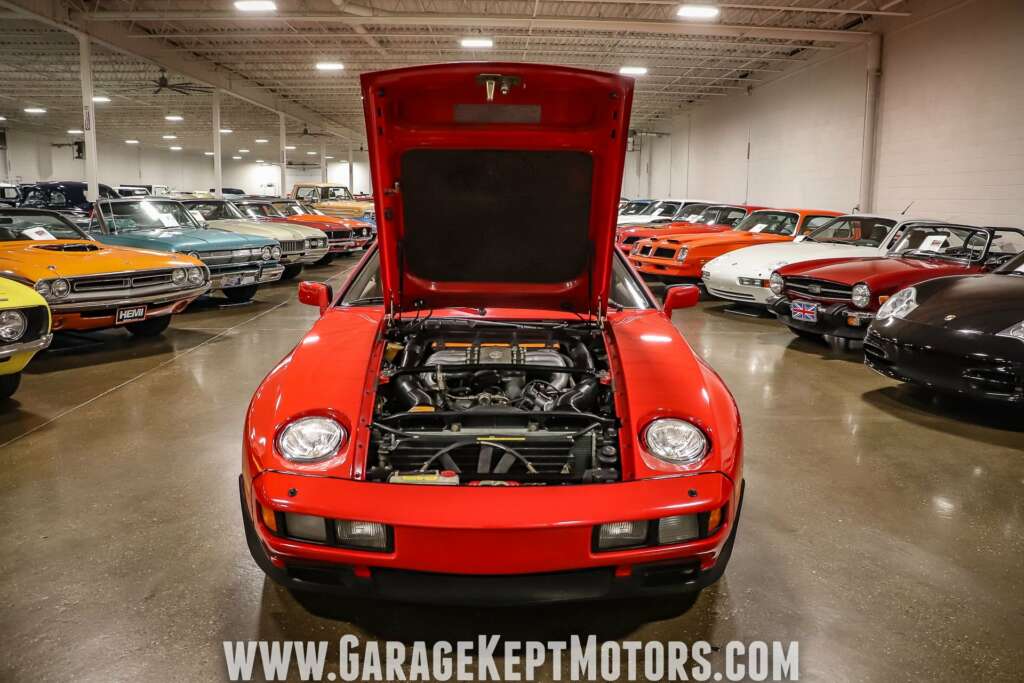