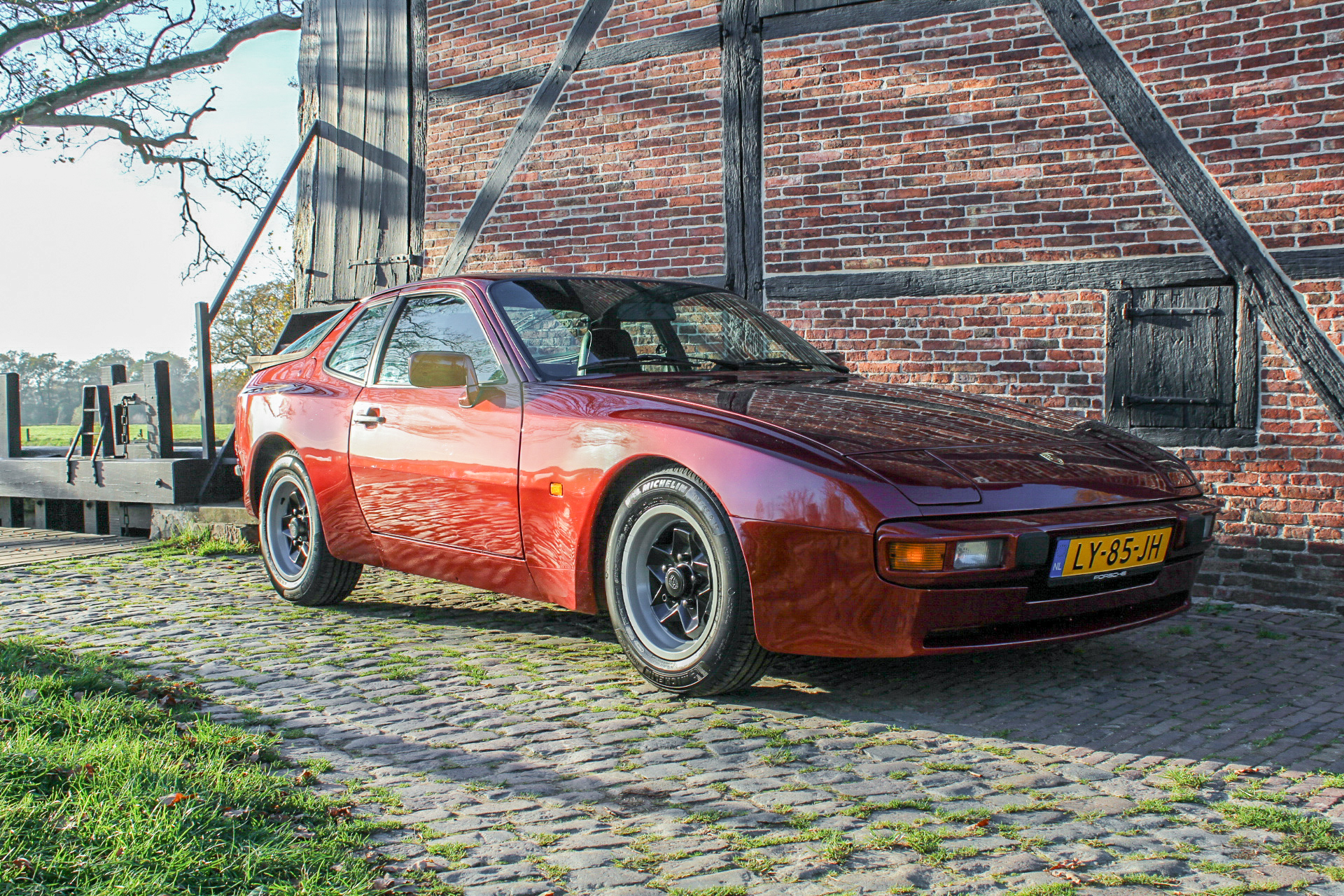 Now a Porsche 944 from the year of construction 1985, already from the facelifted series, is up for auction in this auction. The transaxle sports car has 3 owners and was first registered for traffic in Amsterdam in March 1985, the vehicle identification number is WP0ZZZ94ZFN401506. The current owner states that the 944 was last owned by a Porsche specialist. With the Porsche there are 3 vehicle keys, a Dutch TÜV report that is valid until November 2023 and an easily traceable history, which can be documented on the one hand by a checkbook and on the other hand by some canceled invoices and earlier Dutch TÜV reports. The 944 is not yet registered in Germany. It is also worth mentioning that the Porsche has matching numbers. 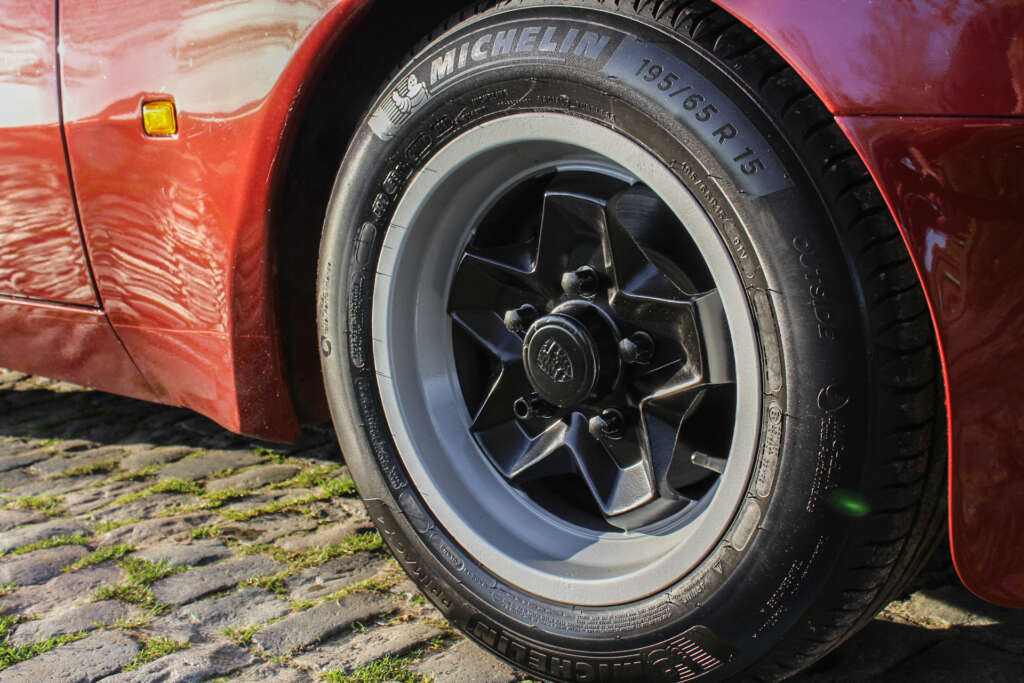 LM3Y: This manufacturer code stands for the paint color of the 944, which is called "Garnet Red Metallic". The body of the Porsche is accident-free and, according to the owner, probably already repainted, the paint condition can be described as extremely neat and the color intensity as consistently uniform. If you look at the gaps in the Coupé, they are by no means worrying, as they run continuously without any complaints. At the rear, the rubber rear spoiler is free of any damage and the rear bumper, like the front bumper, has no parking bumps. There are no modifications to the body.

New Michelin Primacy tires adorn the external appearance of the 944 together with original and bristle scratch-free 15 inch chopping knife rims. The tire size is 195/65 R15. The Porsche is braked by brakes that are in good condition, the chassis is original and without modifications.

Dark partial leather seats with Porsche logos in the fabric can be found in the interior. No worn seat cheek, no badly worn steering wheel and no worn automatic selector lever can be found in the interior. Only the black dashboard shows a few cracks after consultation with the current owner. A completely preserved original Porsche tool kit is available, the list of optional extras for the 944 includes: exterior mirrors for the passenger side (electrically adjustable and heated), windshield with a gradient-colored upper area, automatic air conditioning, electric windows and power steering. No modifications can be seen in the interior of the Porsche 944 either.

A total mileage of 166,466 kilometers can be read from the clearly structured dashboard, which is equipped with all important functions, which can be proven beyond doubt by an original and stamped Porsche checkbook as well as various invoices. All the instruments in the interior are fully functional.

The in-line four-cylinder with a displacement of 2.5 liters and an output of 163 hp is made entirely of light metal. An automatic transmission has rarely been ordered in the 944, in this Porsche 944 such a 3-speed automatic transmission, which is located on the rear axle, provides the power transmission. According to the owner, the last service was only recently carried out in November, there are no technical defects to be mentioned, the 944 has demonstrably been regularly serviced. A timing belt change was carried out when the mileage was 154,000, but according to the current owner this should be changed as a precaution due to the age. The underbody is in a very good state of preservation, apart from age-appropriate slight signs of corrosion, according to the owner, neither welding work nor inconsistencies can be seen on the underbody of the Porsche 944.

In addition, as mentioned before, there are some documents in the form of invoices and a well-kept checkbook. 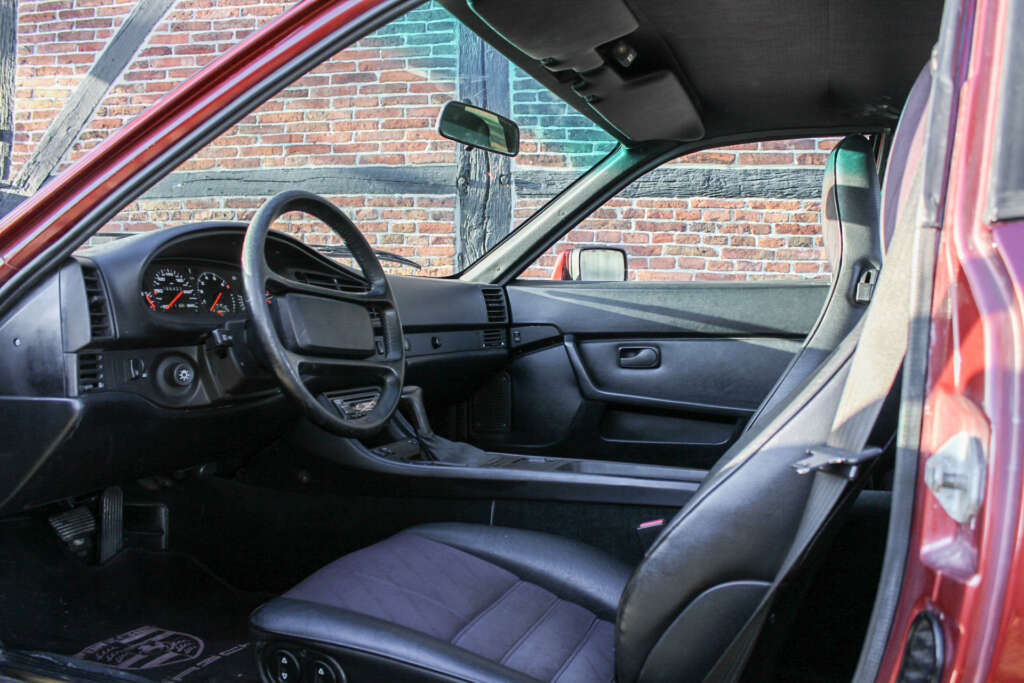