We are delighted to offer this genuine factory-built Porsche 962 which was supplied new to Brun Motorsport for the 1990 World Championship and liveried in the famous Repsol sponsorship.

Chassis 962-163 was built in July 1990, being one of the final 962s constructed at the factory with fully water-cooled 3.0 litre Turbo engine with Bosch MP 1.78 ignition and fuel system. Brun ordered and ran, three factory-built 962s for the 1990 season and this chassis is the one that remained accident free. 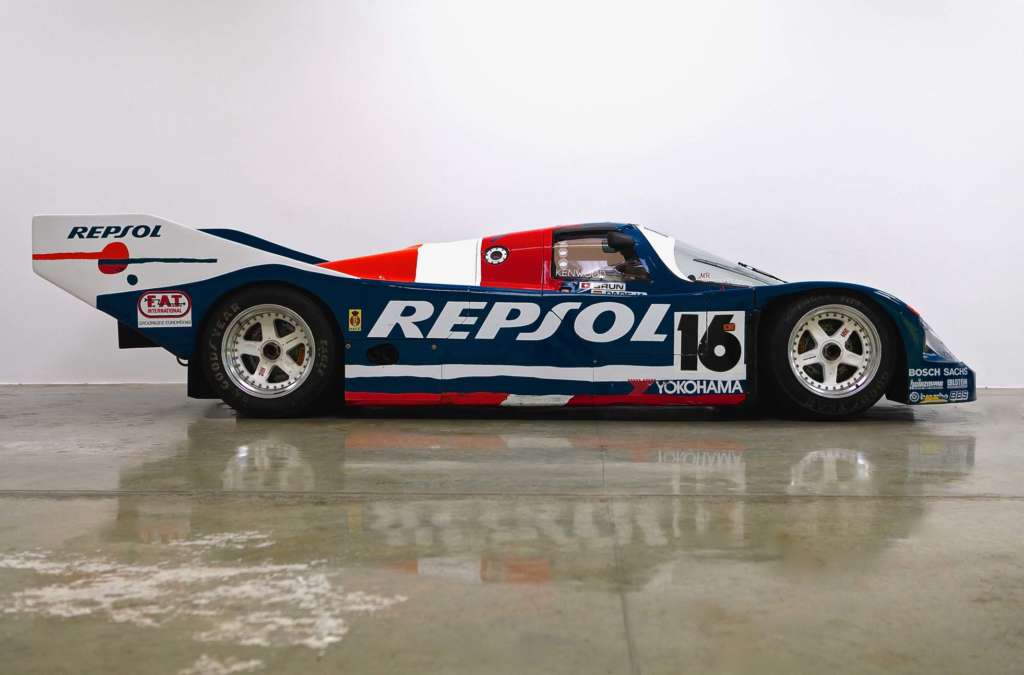 Raced only twice, its debut at Montreal resulted in retirement after just 22 laps, when Jesus Pareja switched cars and the second car he drove also retired. Chassis 163 then completed a further 56 race laps in Mexico, before a broken driveshaft forced retirement at this, the final round of the World Sportscar Championship. As such, the present condition of this car is extraordinarily original and similar to that of an ultra low-mileage road car with, for example, no wear on the steering wheel and a dash and instruments that still look brand new and all the original chassis, bodywork and painted livery intact.

Ref: Quoted by:
‍John Starkey and Ian Briggs, authors of the comprehensive Group C chassis reference book – The Golden Era – Group C and IMSA GTP.
‍
Brun Motorsport was a Swiss-based team founded by driver Walter Brun in 1983. They competed as a privateer Porsche team in sports car racing for their entire existence, running in a multitude of international championships. Notably, they won the World Sportscar Championship in 1986 with a Porsche 956, beating the factory Rothmans Porsches and Silk Cut Jaguar team to the world title. Of the numerous privateer teams of the period, Brun was one of the most successful of all and ran with many famous drivers and sponsors throughout the Group C era.
‍
Factory-built 962 chassis overview

Actual Porsche factory constructed cars are very rare. Seven customer examples were built and supplied between 1985 and 1986 to contest in the World Championships. Five further examples were built and supplied for the 1987 season, before it was announced that Porsche would end production and the factory team withdrew from racing mid-season.
‍
However, in 1988, Porsche decided to return to Le Mans as a works team for one last time and constructed a new car as well as re-building the two 1987 team cars to the latest specification of fully water-cooled three litre engines / Bosch MP 1.7 ignition and fuel systems. These cars all proved extremely competitive and achieved the top three places on the grid in qualifying and produced one of the closest finishes ever.
‍
Ex-factory driver Vern Schuppan had a great working relationship with the Porsche factory and persuaded them to build him a new car to the same 1988 works-specification for the 1989 Le Mans race. There was such strong customer demand still, that Porsche put the 962 back into production to this specification and constructed and supplied nine complete new cars for the 1990 world championship and a further two cars for that year’s Le Mans. Two final cars were then built for the 1991 championship, where a year’s grace was added to the outgoing model, as the new 3.5 litre, non turbocharged era took over.

Ownership Provenance
‍
Soon after Mexico in 1990, 962-163 was sold to a private Spanish collection where it remained until being sold in in 1999 to UK collector Tony O’Neil. It then passed in 2002 into The Historic Porsche Collection of Henry Pearman (UK), from whom it was acquired by the current owner in 2012 and has been stored here with us since.
‍
962-163 is one of the last factory-built 962s, with excellent provenance and outstanding investment grade potential. An outstanding factory-built Porsche 962 which could be prepared once again to be a front-running car and highly competitive entry for the new Peter Auto / Group C Racing series and future historic Le Mans races. 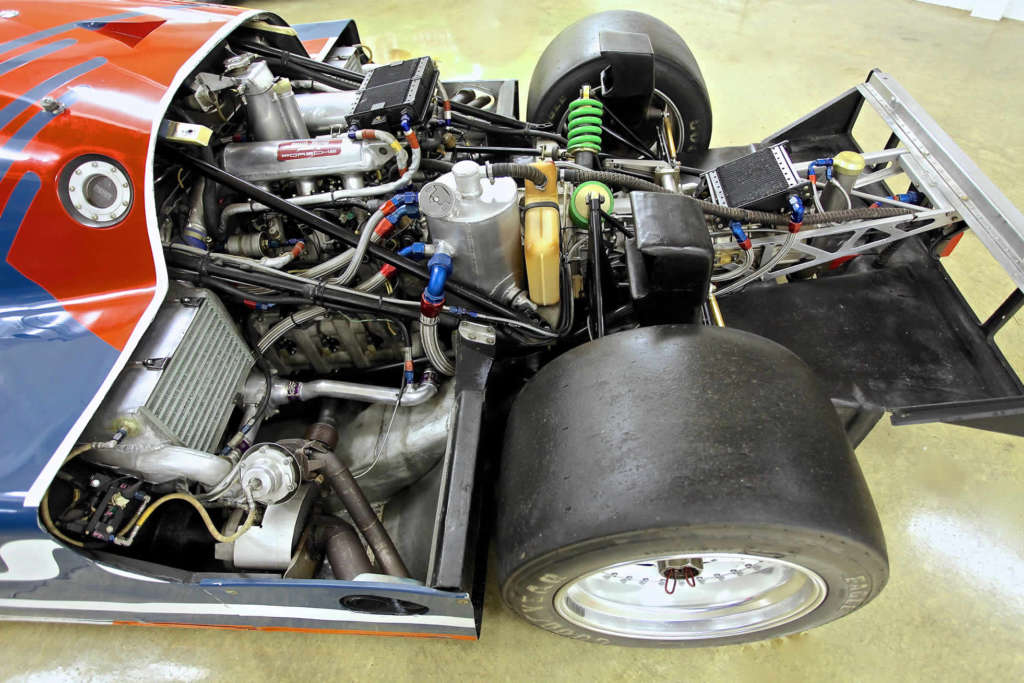 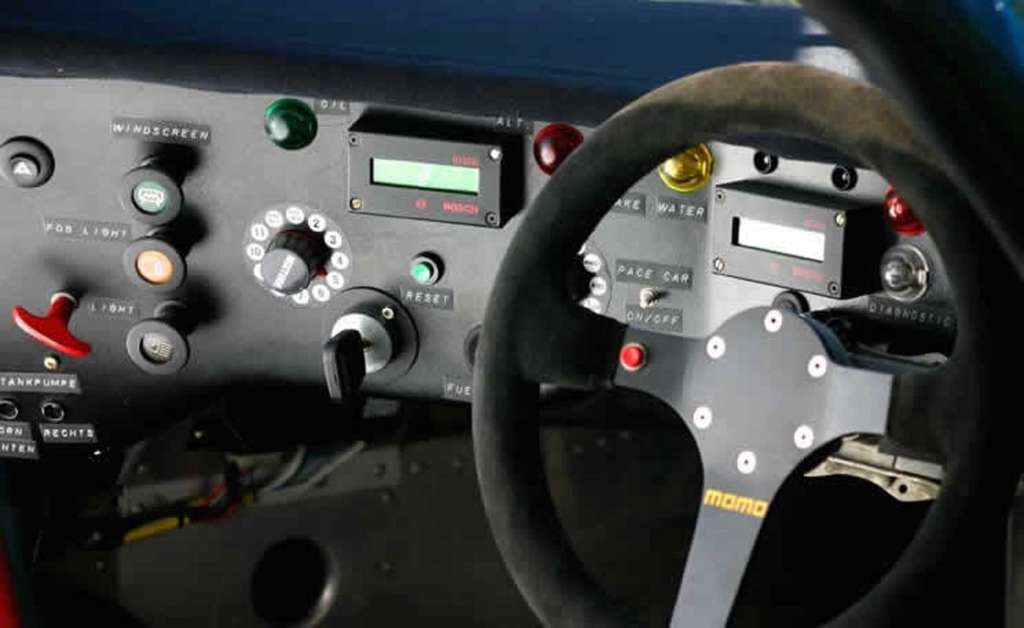 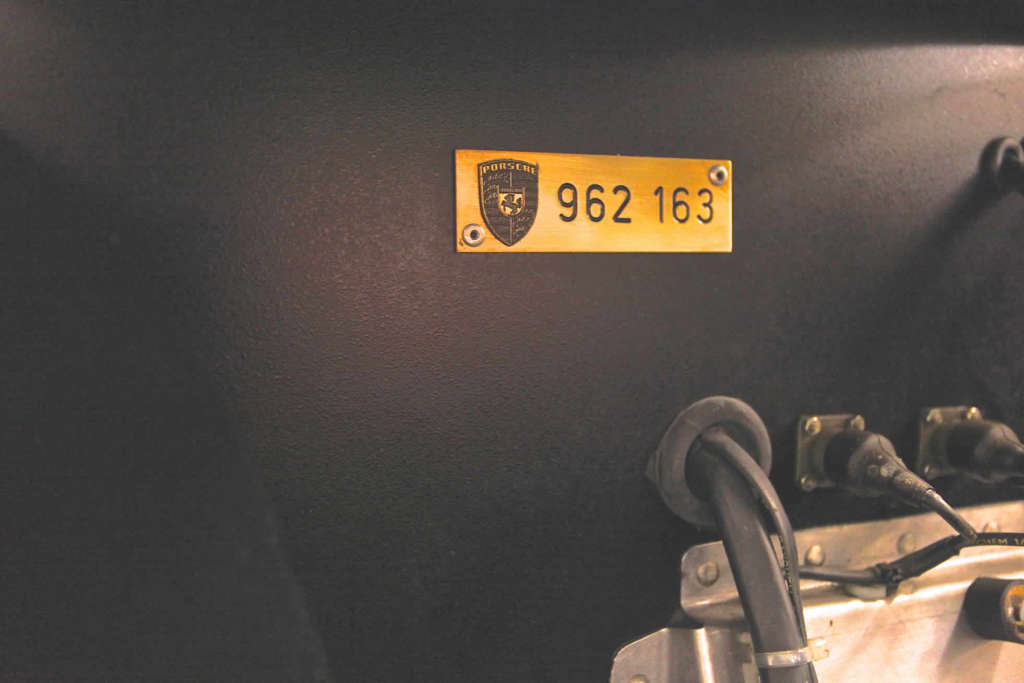