The proposed car was delivered new in Germany in February 1992, and arrived in France in 2001. The car is in very good condition in presentation and working order. The paintwork looks very good, the color combination suits it very well. The bodywork is very clean, there is no trace of accident or shock, alignments are good. The interior is in very good condition with a nice patina. In mechanics the car works perfectly. The gearbox goes well, the engine is very flexible and runs very strong. The car has its maintenance book and an important file of invoices since 2001. The car has recently been serviced by Crubilé Sport, whose reputation is well established on Porsches. This 964 can be seen in our premises. It is equipped with the following options:

In August 1989, Porsche presented the replacement for the 911 Carrera 3.2L, available only with all-wheel drive.

Amazement among Porsche players (which rhymes with purists)! In spite of everything, the name Carrera 4 could give hope that there would be a 911 Carrera 2, because Porsche was banking heavily on its new generation of 911s and could not deprive itself of its regular customers. So the following year, shortly after the Carrera 4 was launched, the 911 with two-wheel drive (Carrera 2) was launched. Aesthetically, the two cars look identical, except of course for the logo on the engine hood.

The bad tongues and neophytes will even say that since the 3.2L, only the bumpers have evolved . In reality, we should not trust appearances, because the 911 type 964 is 85% new. On the data sheet, the difference between C2 and C4 is limited to a weight reduction of 35 Kg – leading to a modification of the distribution more in line with the 911 spirit with 40% on the front and 60% on the rear.

The fiat 6 of the Carrera 2 is strictly identical to that of the Carrera 4. No jealousy on this point. Just remember that this 3.6-litre engine delivers 250 bhp at 6100 rpm and 310 Nm at 4800 rpm for an announced weight of 1350 kg. The cylinder head that was initially fixed directly to the engine block without a cylinder head gasket caused sealing problems resulting in oil leaks on many models up to 91. A competition-inspired innovation, dual ignition also led to misadventures due to a poorly designed distributor.
1992 was a year full of movement for the 911 Carrera 2, starting with the engines being overhauled after experiencing many youthful problems. The sealing is reinforced, the dual mass flywheel changes supplier (LUK) and the dual ignition distributors are cooled to avoid belt breakage. 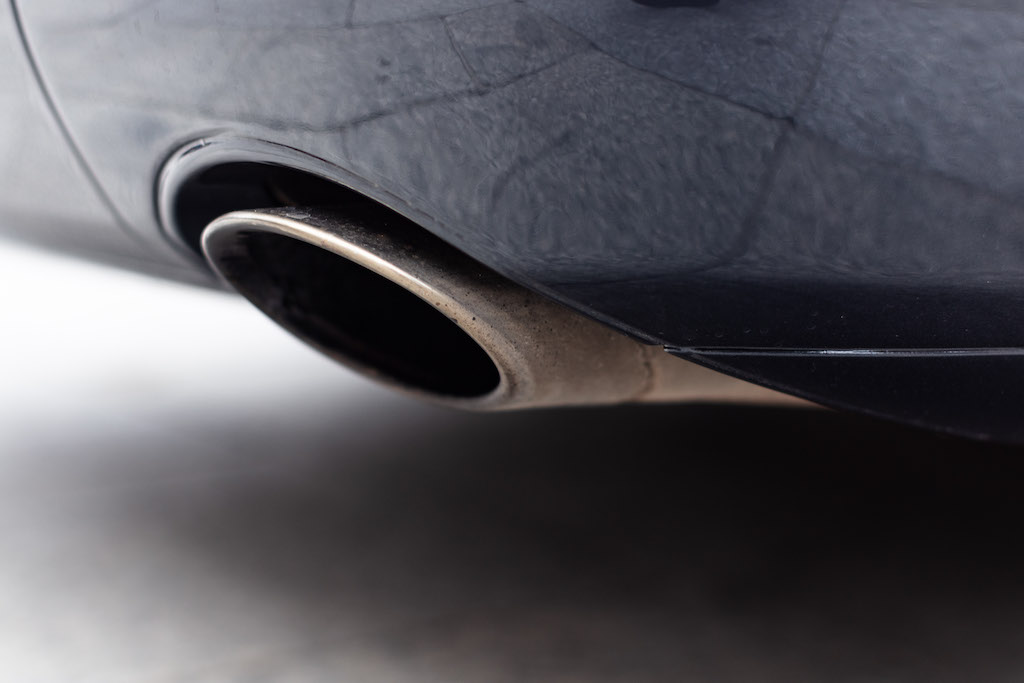 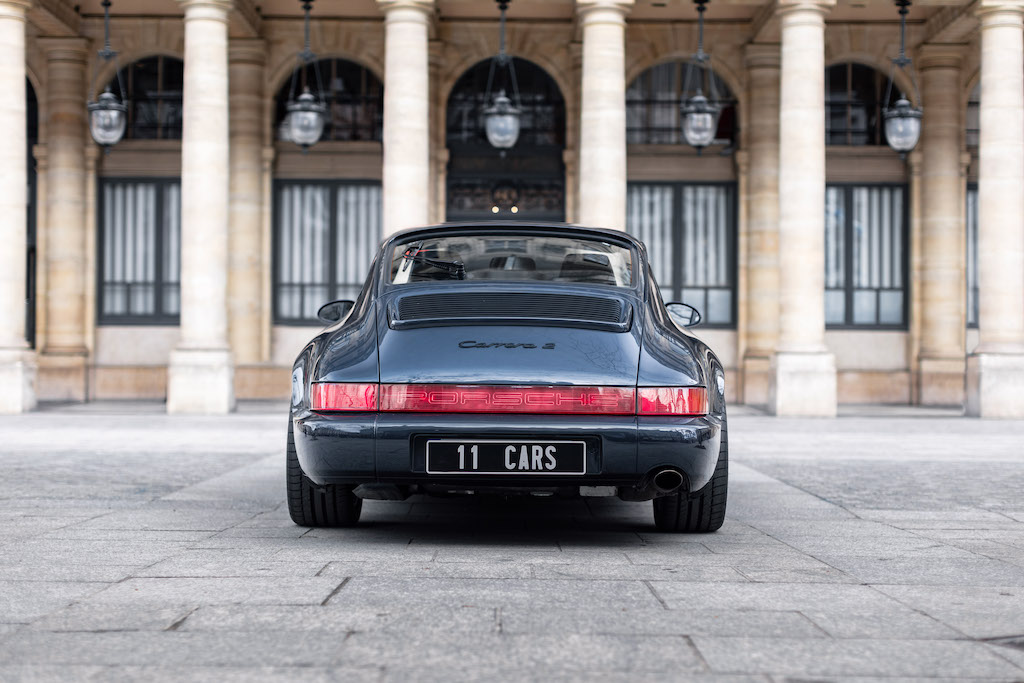 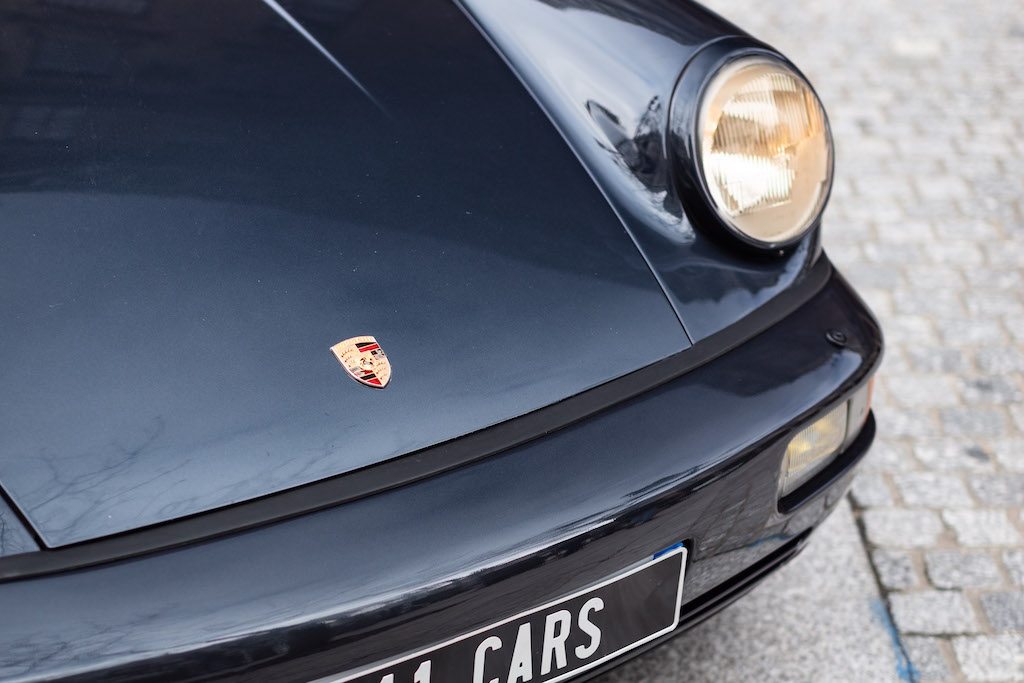 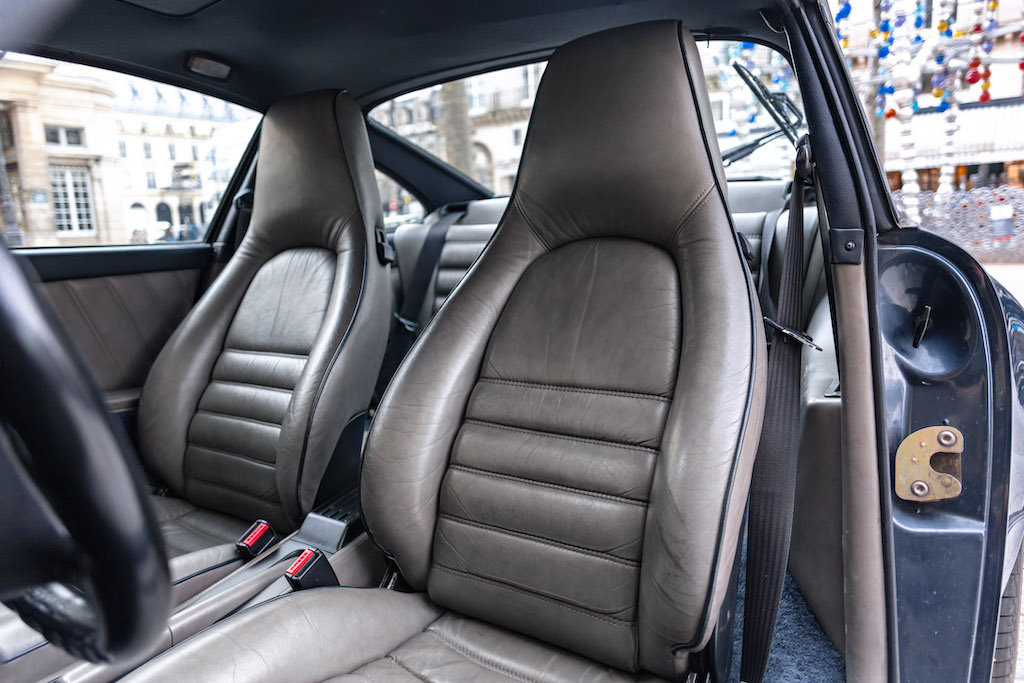 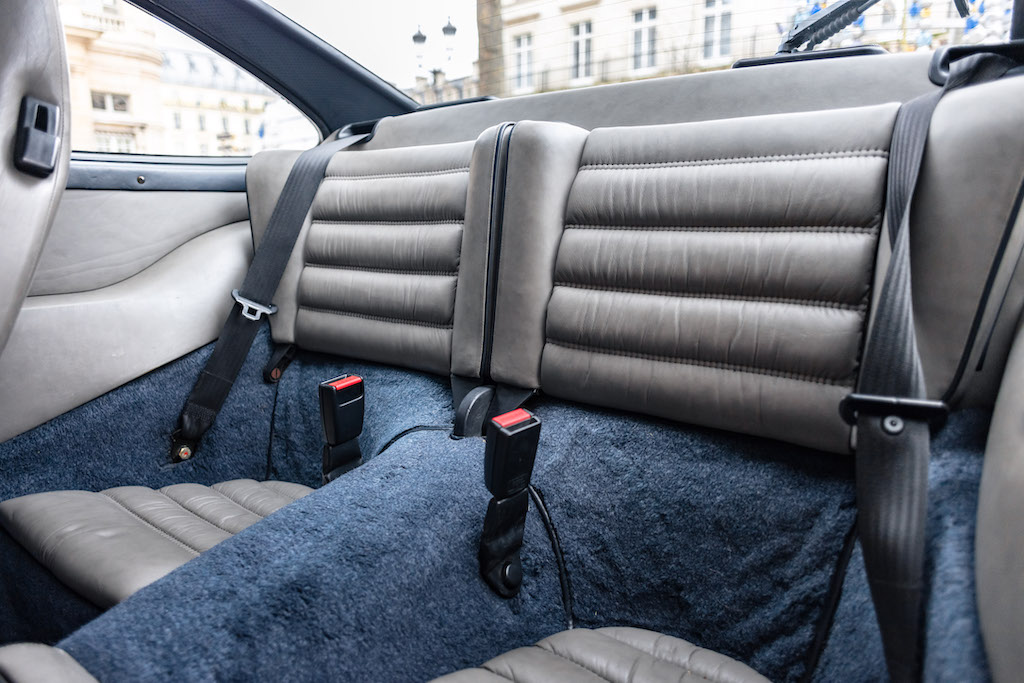 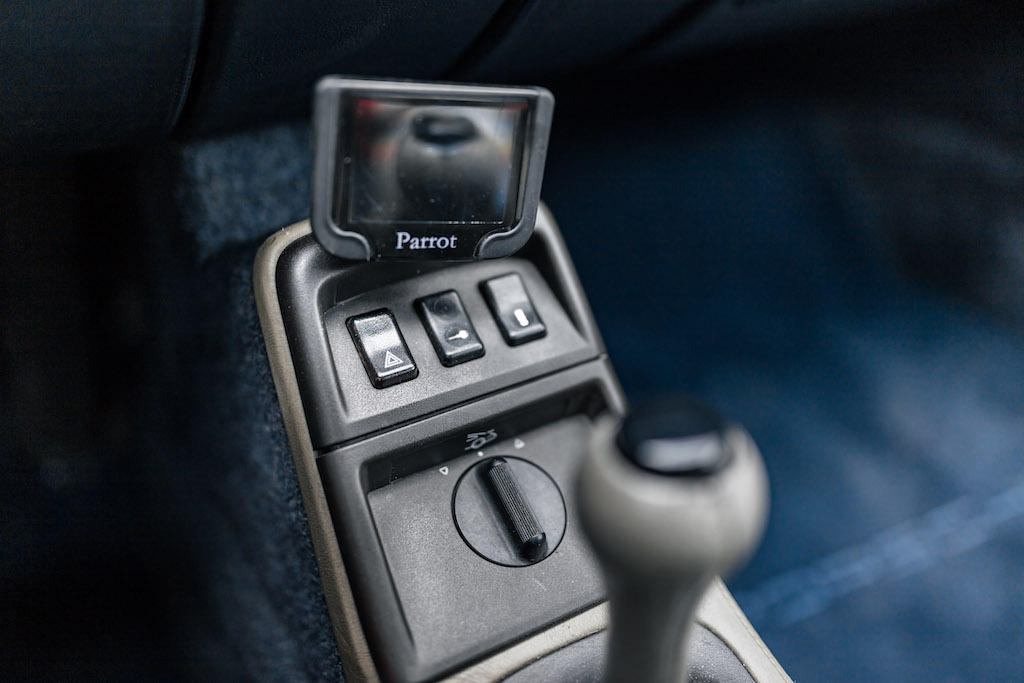 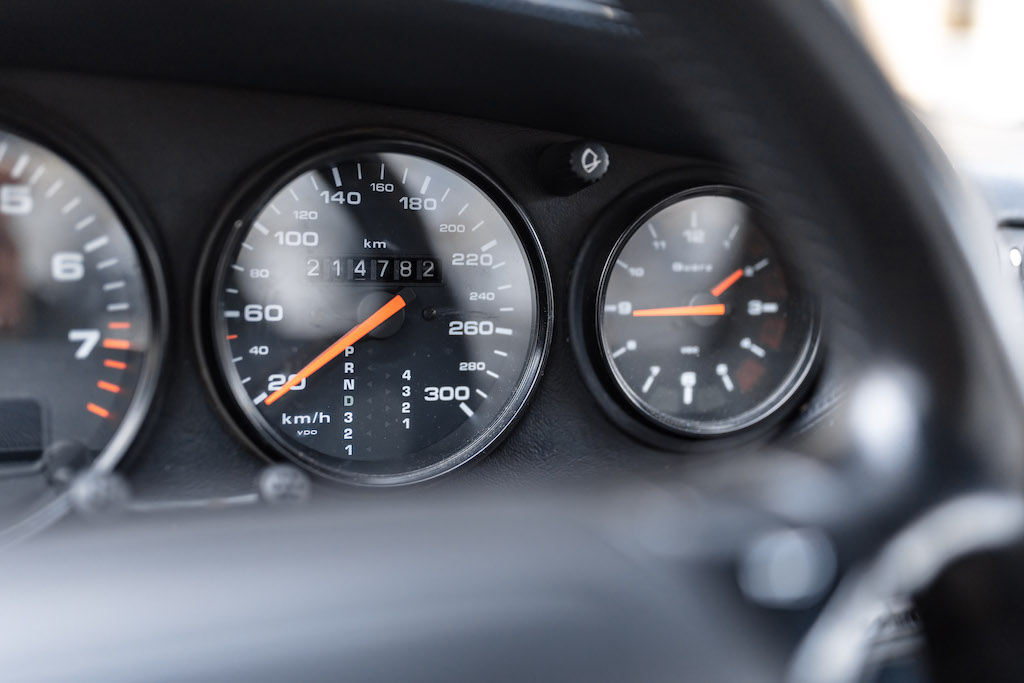 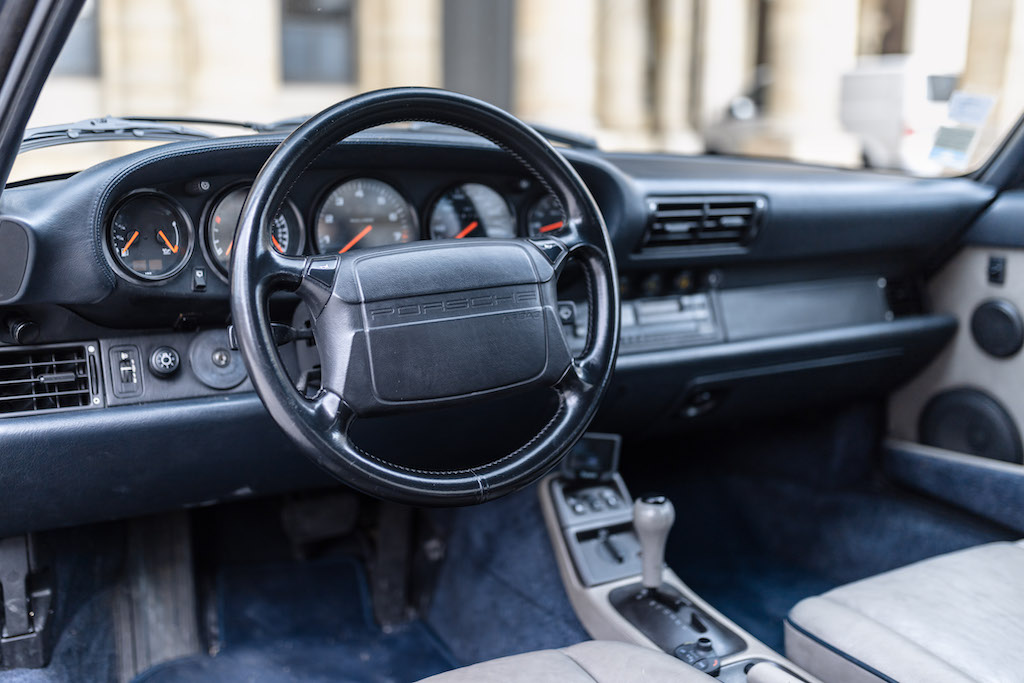