The first use of the Rennsport suffix was on the upgraded 550 spyder of the mid-1950s, Porsche’s first purpose-built racing car. The next RS was the brilliant 911 Carrera RS 2.7 of 1973, followed by the 911 Carrera 3.0 the following year, both of which were used to homologate full-fledged RSR race cars. The J-program 911 Carrera Club Sport of 1988 offered many of the same benefits, but it wasn’t until 1992 that the next true RS appeared. 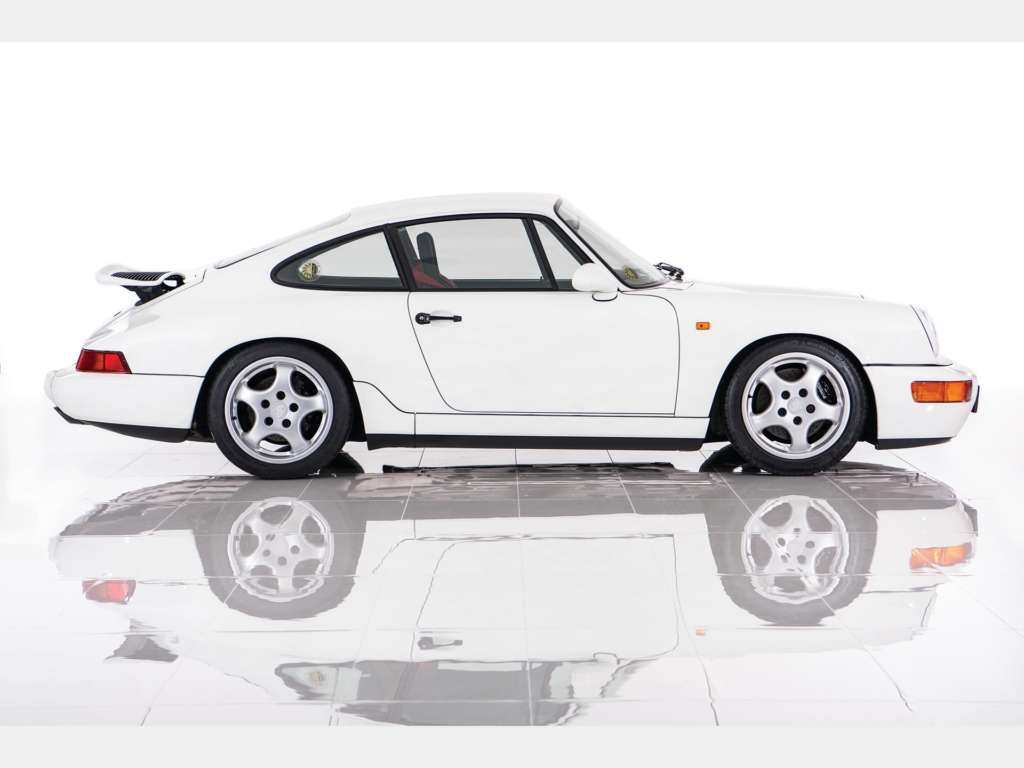 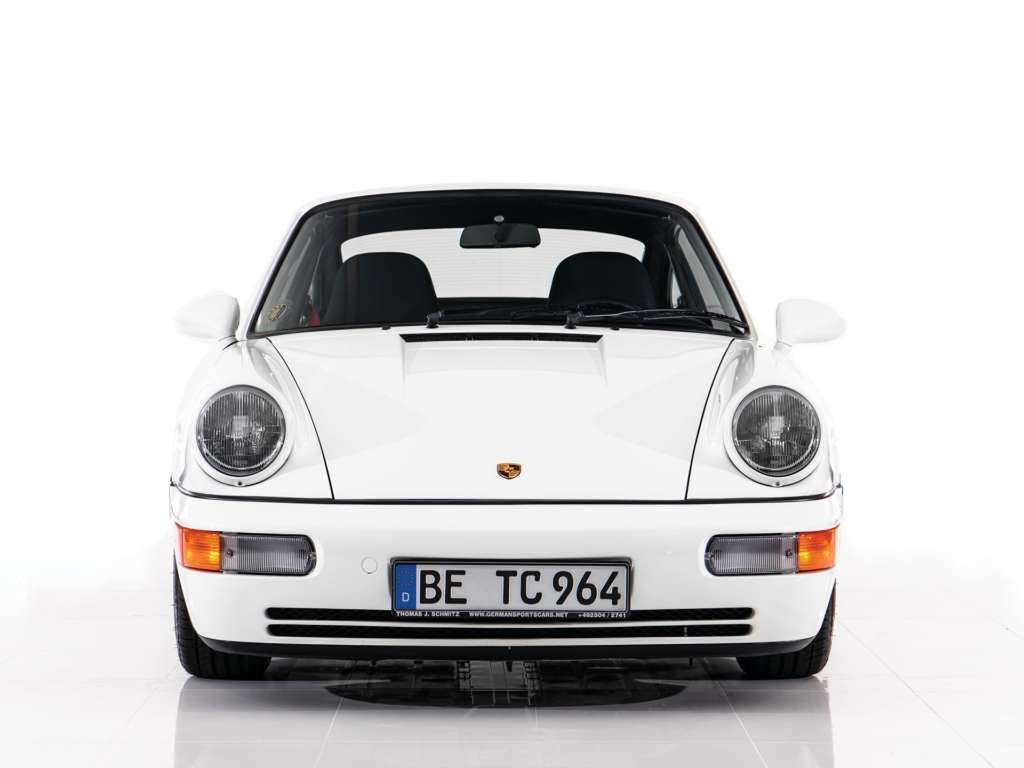 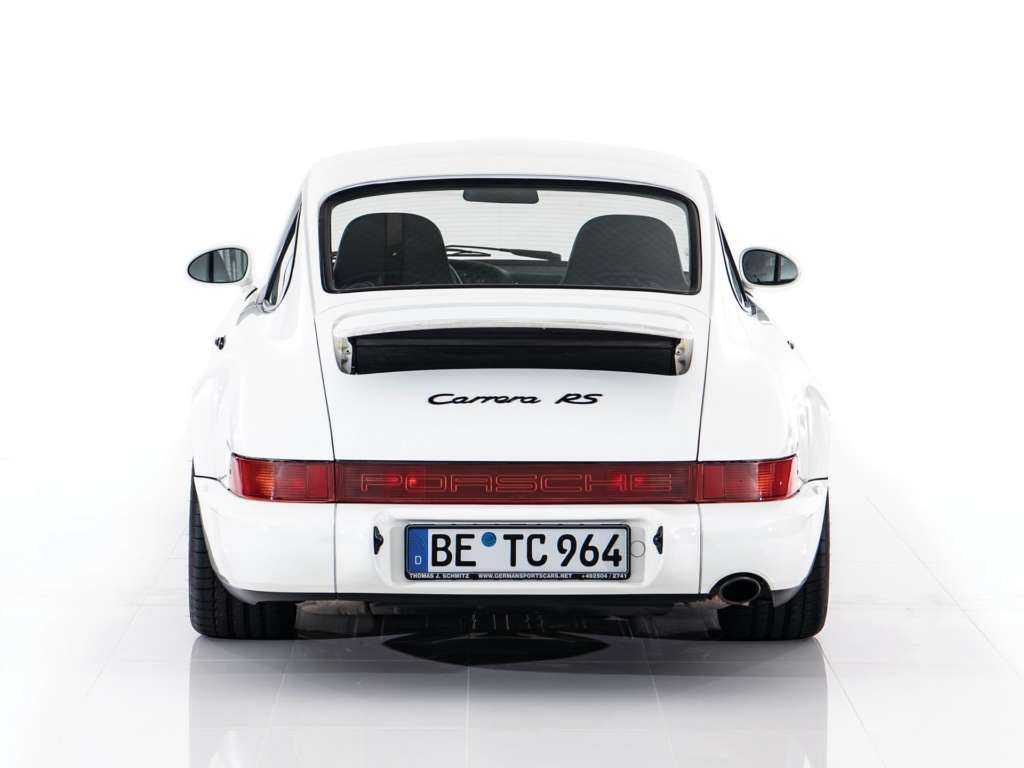 The all-new 964 platform served as the basis of the innovative all-wheel-drive Carrera 4 and soon afterward the rear-drive Carrera 2. Porsche immediately began adapting the C2 for competition, and thus a new Carrera RS was born. The 964-based Carrera RS filled the need for a lighter and more powerful version of the C2 that could be raced. Several versions would be offered, all benefitting from fully welded body-shell seams and other important structural reinforcements and an uprated suspension with coil springs.

All 964 RS coupes were fitted with a potent 3,605 cc, normally aspirated, fuel-injected flat-six that produced 250 bhp at 6,100 rpm and 228 foot-pounds of torque at 4,800 rpm. A five-speed manual transaxle with limited slip put power to the ground. Large ventilated disc brakes all around easily coped with the RS’s maximum speed of 162 mph. The dry weight was trimmed to less than 2,700 pounds, and only 1,992 examples were produced.
This highly original Carrera RS was ordered new by Georg Stoll of Rickenbach, Germany. Herr Stoll placed the order for a new RS in early 1991, specifying it be finished in Grand Prix White with a tri-tone grey interior, and formalized the sale on 12 December. Always properly maintained, Stoll sent the car to Porsche Stuttgart for routine servicing on 18 July 2000 with only 4,896 kilometers. The Porsche was eventually unregistered and placed into storage in 2009. In 2013 and 2015, Stoll had the RS appraised for insurance purposes, at which time the car was showing only 10,838 and 10,867 kilometers, respectively. In 2017 the RS was fitted with a new set of Michelin Pilot Sport tires to replace the rock-hard originals, and the speedometer was sent out to repair a cracked lens. Shortly thereafter, the car was acquired by the consignor and was subject of the comprehensive inspection and service by Porsche Stuttgart prior to import to the United States. The Porsche arrived stateside on 19 February 2018 showing only 10,881 kilometers. It has since been maintained in the current consignor’s meticulous collection and driven a mere six additional kilometers.
The bodywork and interior appear in exceptional original condition, and the engine compartment is pristine, retaining its original factory labels, belying the total of only 10,887 kilometers recorded to date. This fine RS is supplied with a detailed file of original documentation, its correct manuals, tools, first-aid kit, original accessories, and spare wheel. One would be hard-pressed to find another example that so exemplifies Porsche’s Rennsport ethos. 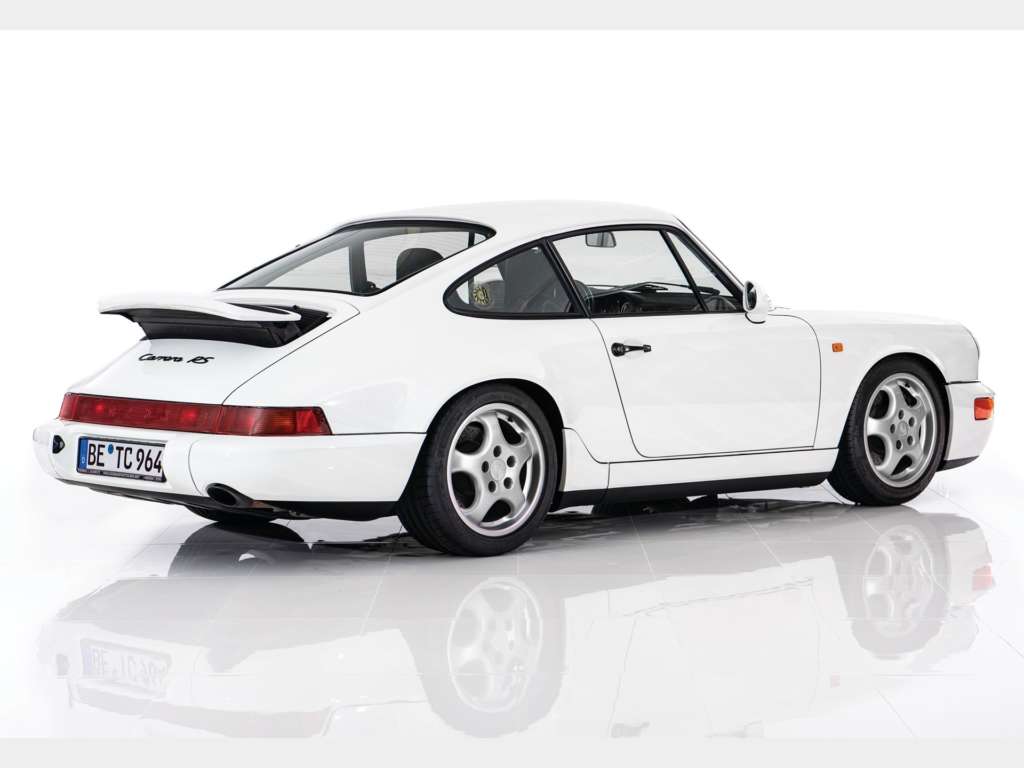 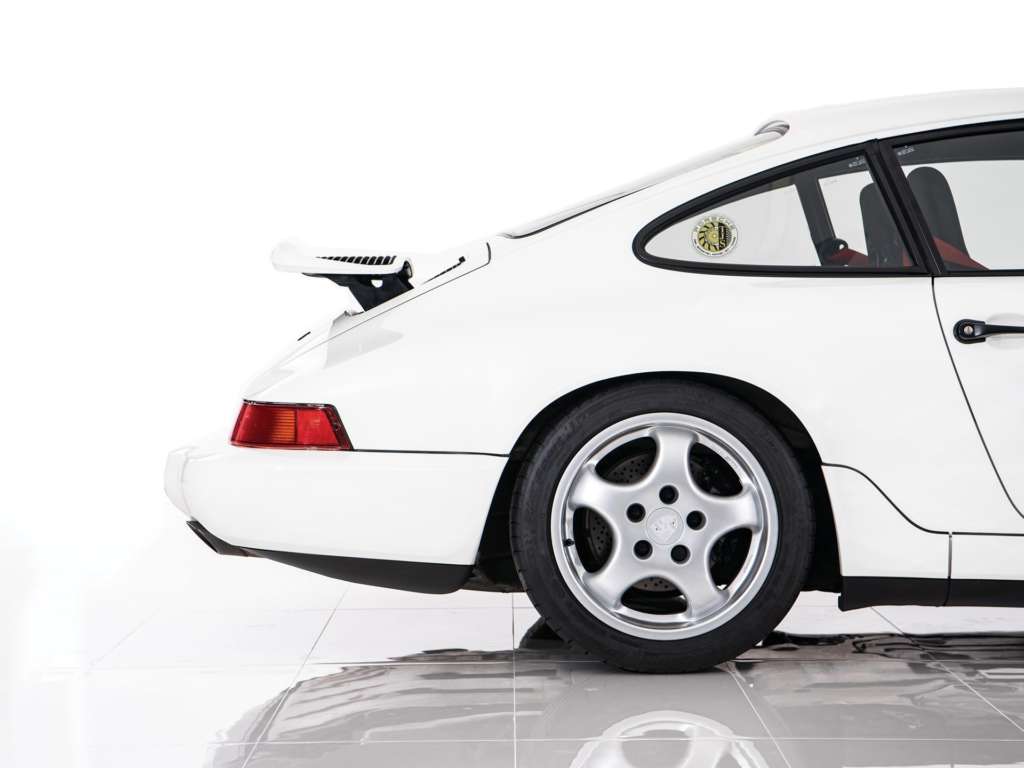 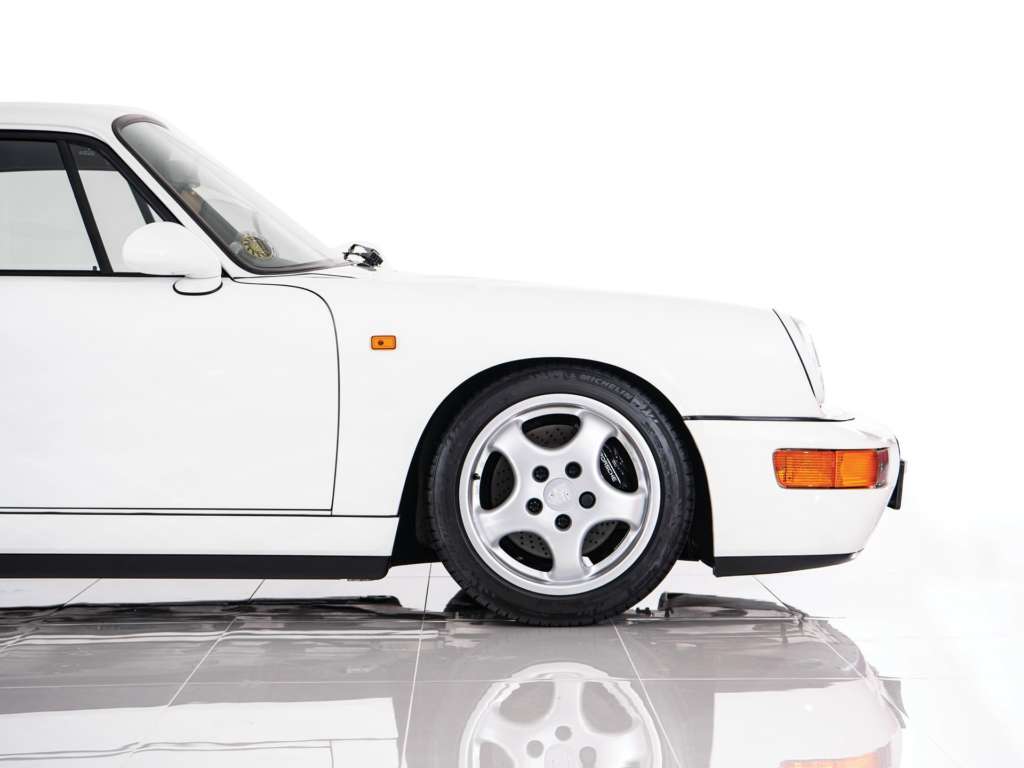 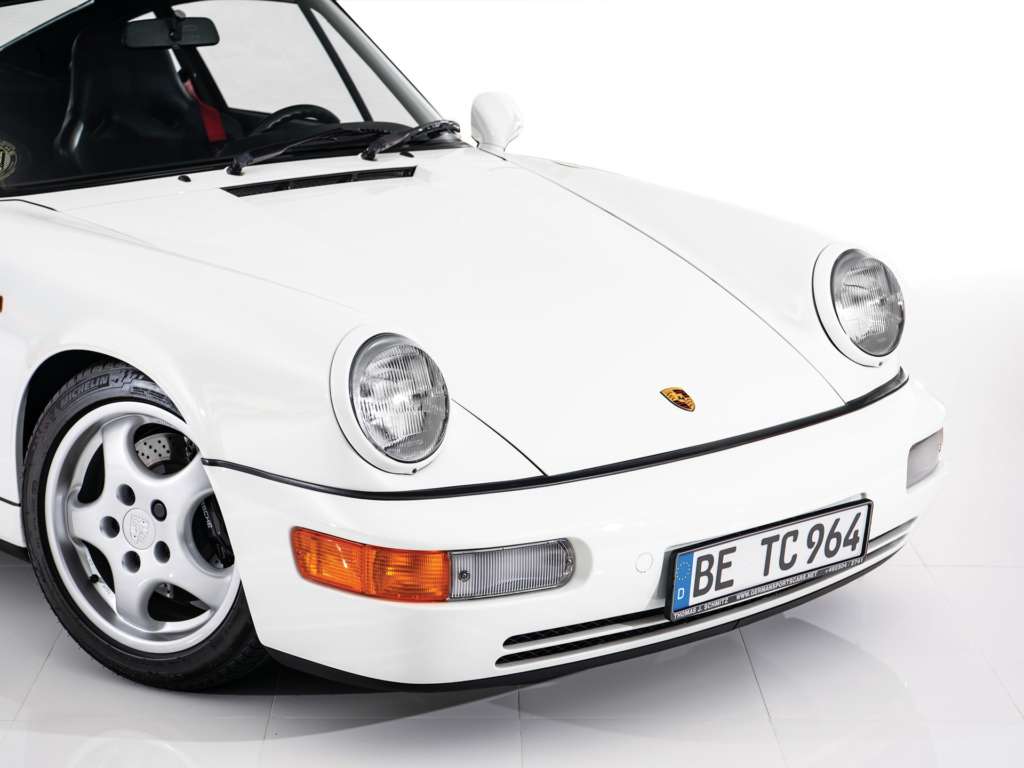 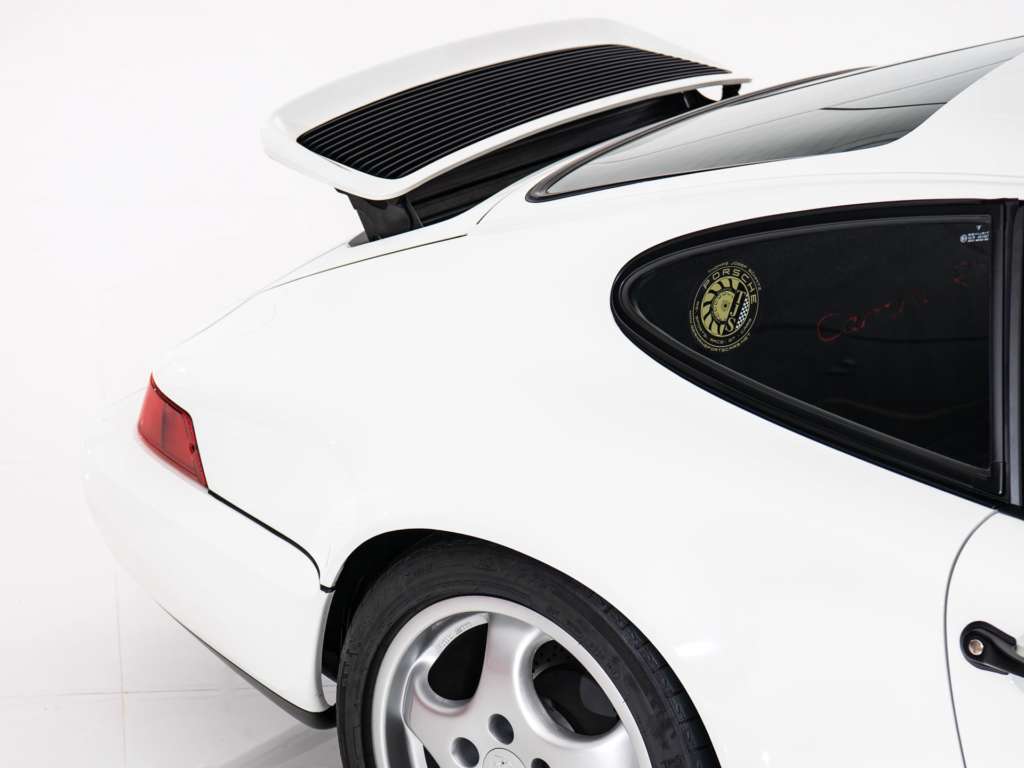 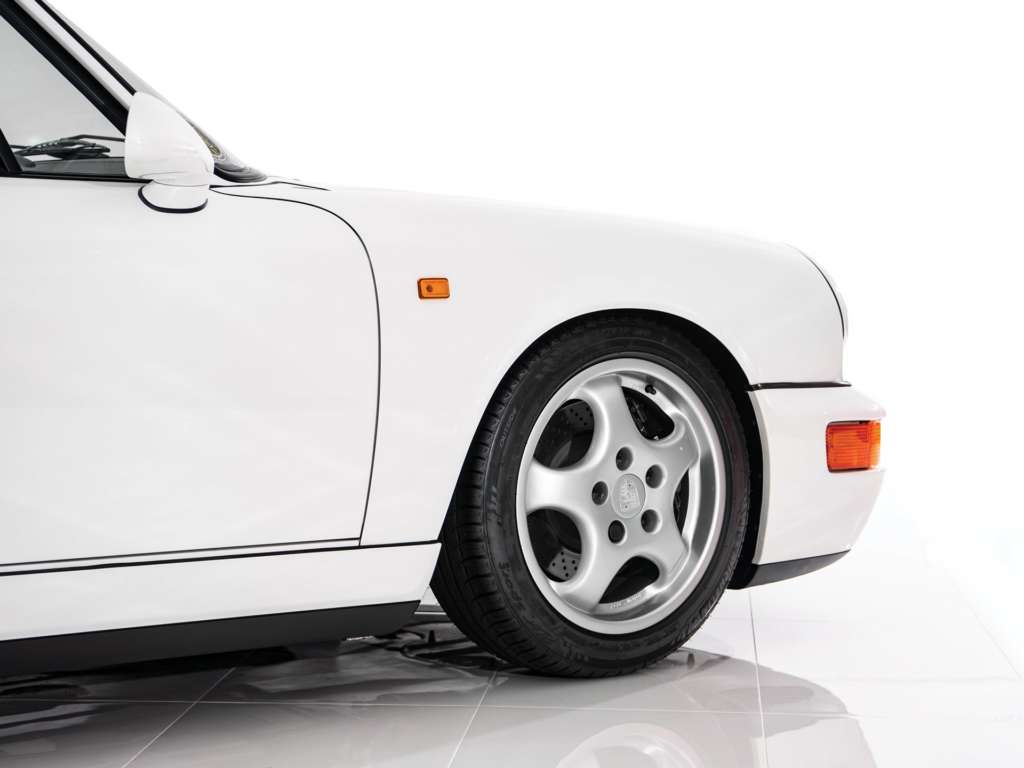 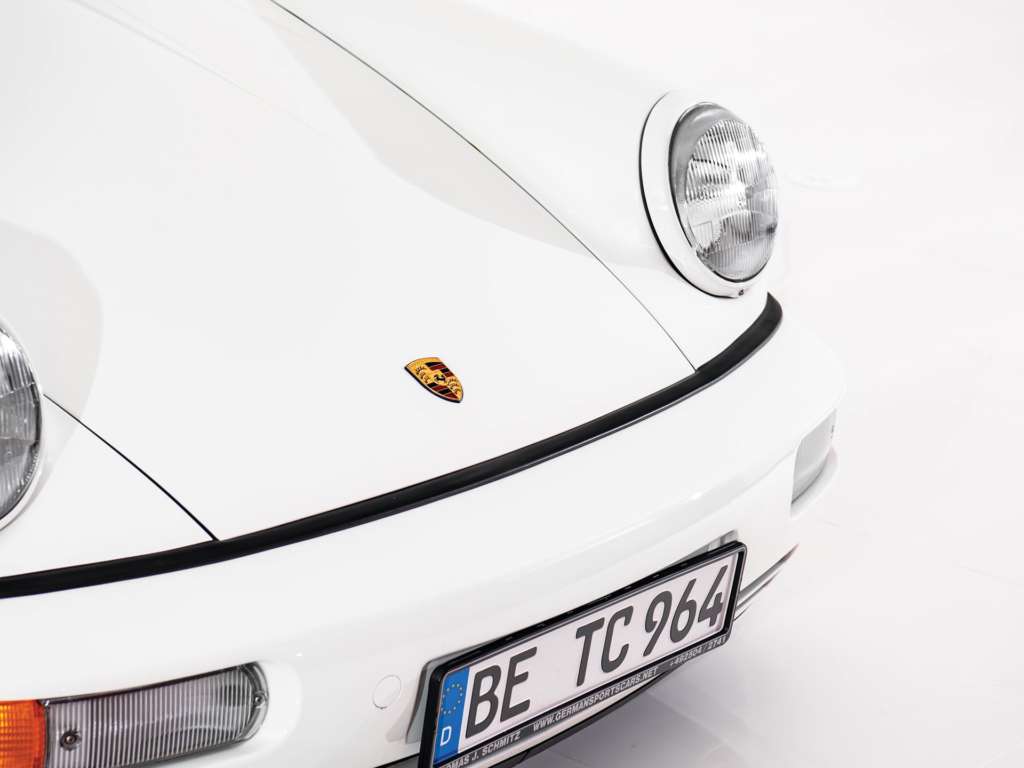 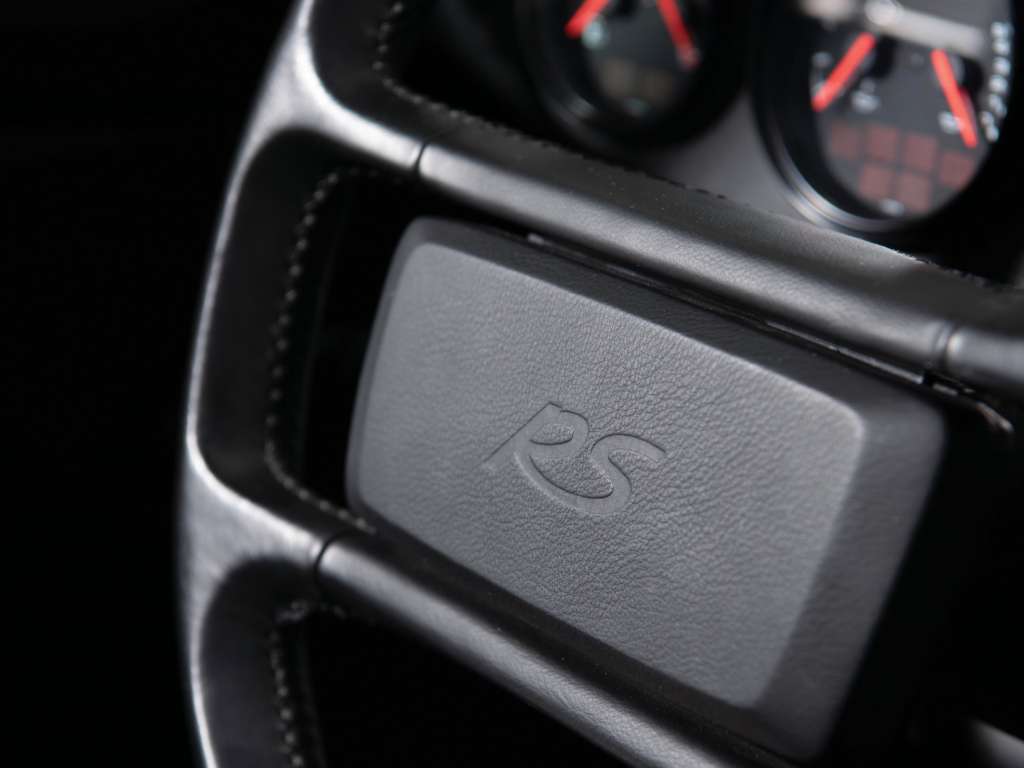