This ultimate driver’s car is “matching numbers”; the chassis, the engine, the gearbox and also
the body shell, the engine cover and the boot lid have been together since the car left the factory
on September 3, 1992 after which it was delivered to its first owner by Porsche Koblenz.

The factory stickers on the boot lid and under the perfectly fitting Recaro bucket seats also prove
that this Porsche is very original. This Porsche comes with an extensive and very transparent history.

The original maintenance booklet, instruction booklets as well as the corresponding birth certificate; it’s all there.

The stamped maintenance booklet and the many invoices from Porsche dealers and respected
Porsche specialists prove that this RS was only in the hands of enthusiasts who have never
cut back on maintenance.

This Porsche has been serviced by Astara since 2014.

The technology has recently been completely overhauled and updated (photos and invoices
available for inspection). Since then, only 1,500 km have been driven.

The Dutch Porsche importer Porsche Pon Leusden overhauled the counters in 2011 as part of a
cosmetic restoration. The mileage of 132,000 km was reset to 0 (of course documented).
The current odometer reads is 17,950 km.

All in all, extensive maintenance ensures that this 964 RS Lightweight is just as agile as it was in 1992.
Ready for many carefree kilometers. Driving this Porsche is addictive (you are warned).

We can offer this RS at a competitive price to the new owner.
A driver’s car, but also a sought-after piece of Porsche heritage, which is not out of place in any serious collection.

The 964’s are the Porsches 911’s that were made from 1989 till 1993 (964 is the internal type designation).
The 964 is the beautiful symbiosis of old and new: the classic 911 shape with completely renewed technology,
including the twinspark 3.6 liter engine, gearbox, steering, wheels, chassis etc.
The Porsches with the suffix RS (‘RennSport’) are the fastest variants of the series.

Only 1,972 copies of the Porsche 964 RS Lightweight M002 have been built.
With the birth of the 964 RS, Porsche ones more built a racing-inspired 911 after the 2.7 RS in 1973.
The considerably improved performance and handling were achieved by a considerable (10%) weight saving,
next to technical adjustments.

Only the best engines were selected for this series. The extra performance compared to the standard
Carrera 2 engines were achieved by an adapted engine management system.
The sprint went from 0-100 in 5.4 seconds and the top speed was almost 290.

The most impressive however, was the intermediate sprints, which improved considerably thanks to
the lightweight (racing) flywheel and gearbox adjustments.
Larger, ventilated turbo Brakes in front and the 964 Cup series brakes provided the required braking performance.
The sports suspension (other springs and shock absorbers) ensured that the 964 is 40 mm lower, which
guarantees excellent road handling as well as stunning looks, even when standing still.

The 964 RS is the favorite of many car enthusiasts as you will be able to read in many publications such as
Topgear magazine, Total911, PerformanceCar, GT Porsche, etc.

The former world rally champion and Porsche test driver Walter Röhrl even adores his black 964 RS.
Many Porsches have come and gone in his private collection, but the 964 RS remains in his vicinity.
This Röhrl (Black!) 964 RS is so famous that it is also for sale as a 1:18 scale model.

The 964 RS has recently been admitted to the US. We see many disappear to the other side of the ocean.

In summary, you can safely say that the 964 RS is a racing car is for the public road, which is also great to use
for beautiful touring and even for everyday use. To many this is the ultimate Porsche. 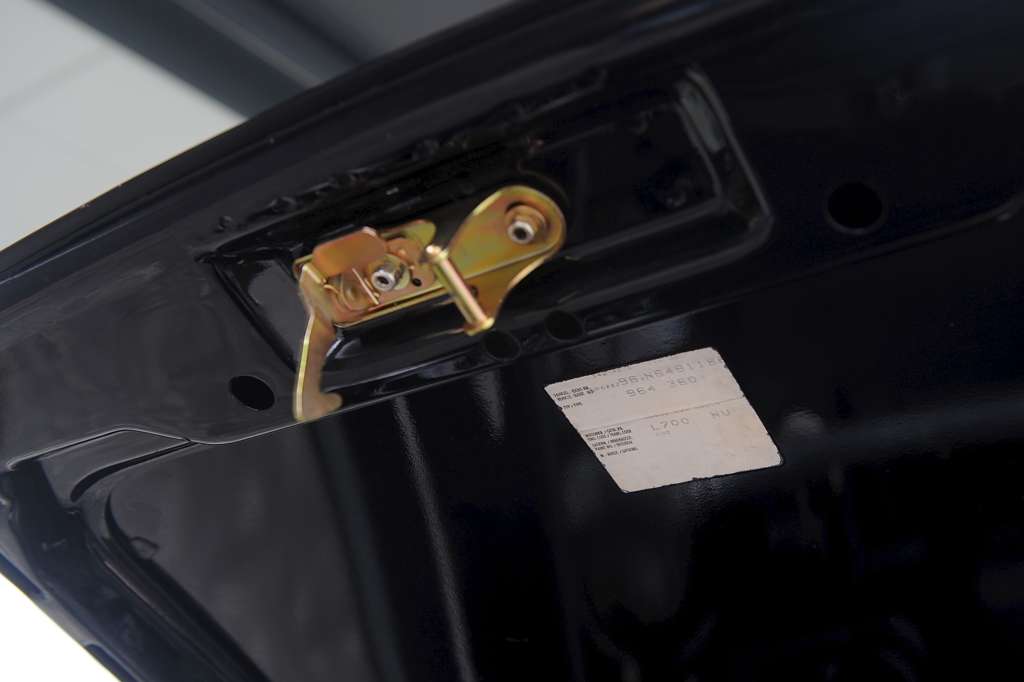