Built to homologate the 3.8-liter RSR for competition in BPR GT3 and GT4 racing, the road-going Porsche 911 Carrera RS 3.8 is essentially a racing car built for use on the road. At its heart is the 3.8-liter normally aspirated Type M64/20 engine producing a factory-rated 300 horsepower at 6,500 rpm along with 262 foot-pounds of torque at 5,400 rpm. The innovative Variocam variable-length intake system from Porsche and newly designed forged pistons of a reduced height (thanks to a relocated wrist pin), help to keep piston weight below that of the standard 3.8-liter engine. This distinctive powerplant also sports dual oil coolers and lightened rocker arms, among a host of additional upgrades that heightened the car’s performance—all befitting its role as a homologation special. Power is managed through a Type G50/31 six-speed manual transmission; the gearing was optimized for acceleration to the rear wheels, rather than top speed. Suspension upgrades implemented on the RS 3.8 included a front strut brace, ball-joint front damper mounts, and adjustable anti-roll bars with five positions for the 24-milimeter front bar and three positions for the 21-milimeter rear piece. Porsche also fitted a limited-slip differential as well as anti-lock brakes sourced from the 993 Turbo and ADB traction control. Immense 265/35ZR-18R tires in the rear and 225/40ZR-18 tires in the front are mounted on specially made 18-inch “Speedline for Porsche” three-piece, light-alloy wheels with magnesium centers, which are 9 inches wide in the front and 11 inches wide in the back.

This Japanese-delivery, Speed Yellow 1995 RS 3.8 is the 315th example produced. The custom black leatherette interior is accented by color-matched details; it is slightly less spartan in its accommodations than typical examples thanks to the inclusion of factory air conditioning and the specification of the “Japanese equipment” group, which provided airbags, and electric windows to all JDM Carrera RS orders. Thinner window glass, an aluminum front boot lid and doors, composite Recaro seats, and lightweight interior door panels with traditional fabric pulls round out the purpose-built appeal of this road-legal track beast.
The exterior of this special 993 is made more desirable by the factory-ordered “471” option code, which substituted the standard aero package for that of the track-only Carrera RS Clubsport. A massive rear deck spoiler borrowed from the Clubsport provides greater ventilation to the 3.8-liter flat six and offers additional downforce.
Imported to the United States in 2011, this Carrera RS 3.8 was a participant in the inaugural Ramshorn Rally, an exclusive 30-car event strictly for air-cooled Porsches.
Accompanying service invoices detail several thousand dollars of preventative and restorative line items from several Los Angeles-area workshops over the past five years, including a full fluid flush, suspension lubrication regimen, oil change, new filters, and a new set Michelin tires. The consignor had the metric gauge cluster replaced with an imperial unit upon importation. The total mileage displayed on the original cluster is 35,833 kilometers (~22,266 miles), and the present gauge shows 2,060 miles. This car is now offered with a correct set of manuals, export documents, Porsche Certificate of Authenticity, production information, original metric gauge cluster, tool roll, jack, and binder of service invoices.
As the rarest and most focused iteration of the Type 993 platform, the Carrera RS is often considered not only the most exciting to drive, but also the most collectible 911 of its era. Just over 1,100 examples were built, of which none were originally imported to the United States. Today, very few 993 Carrera RS models have made their way stateside, and many of those are kept out of sight in private collections—making this example a rare opportunity to own a brilliant, and highly sought, machine that will not disappoint on either road or track. 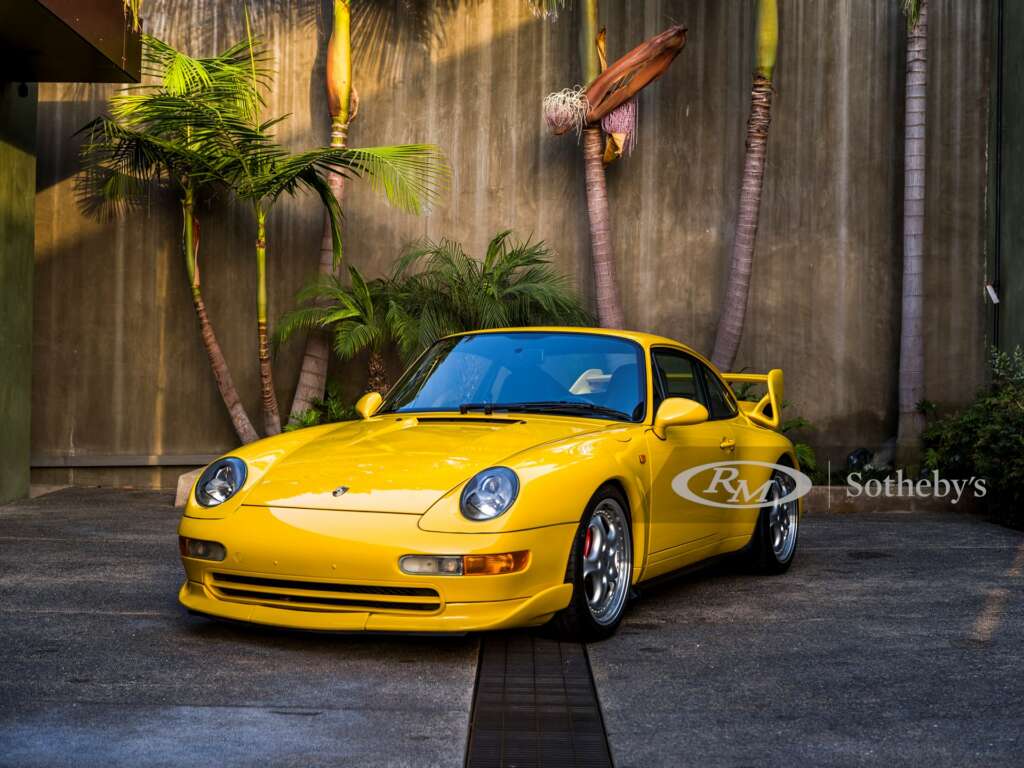 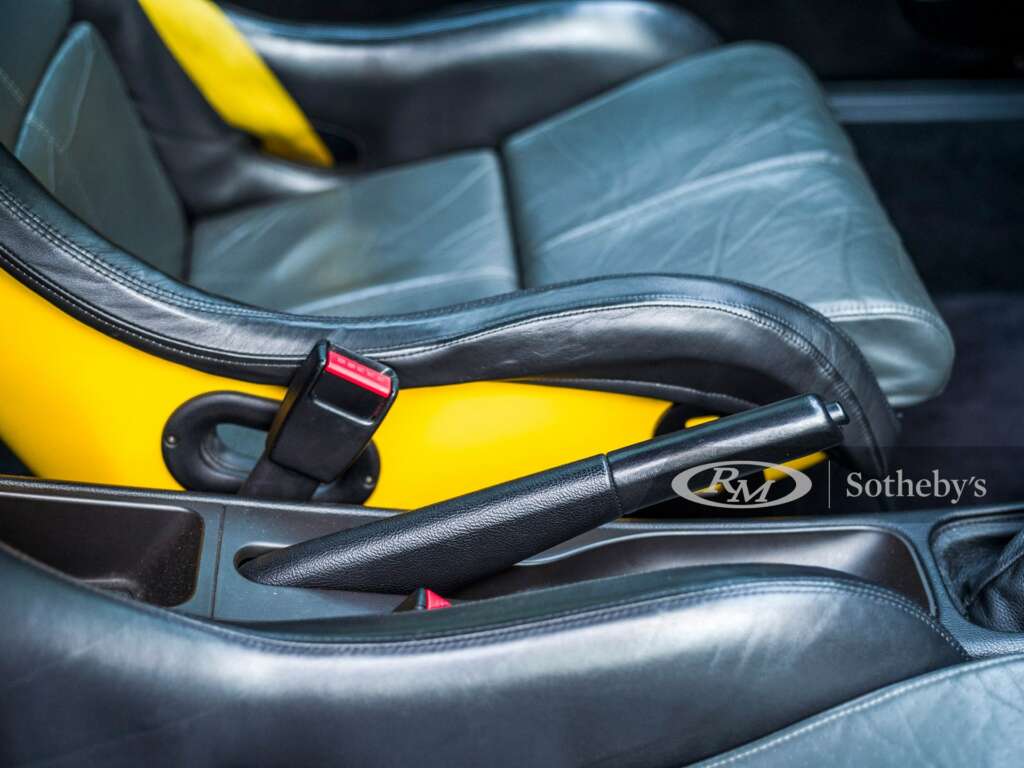 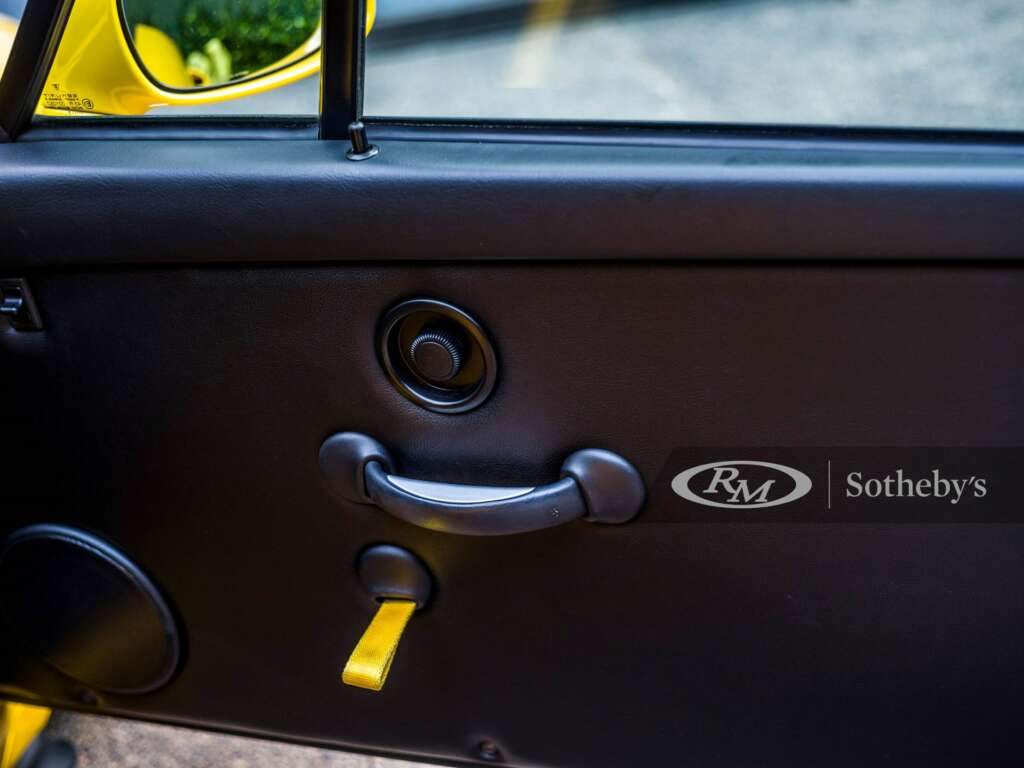 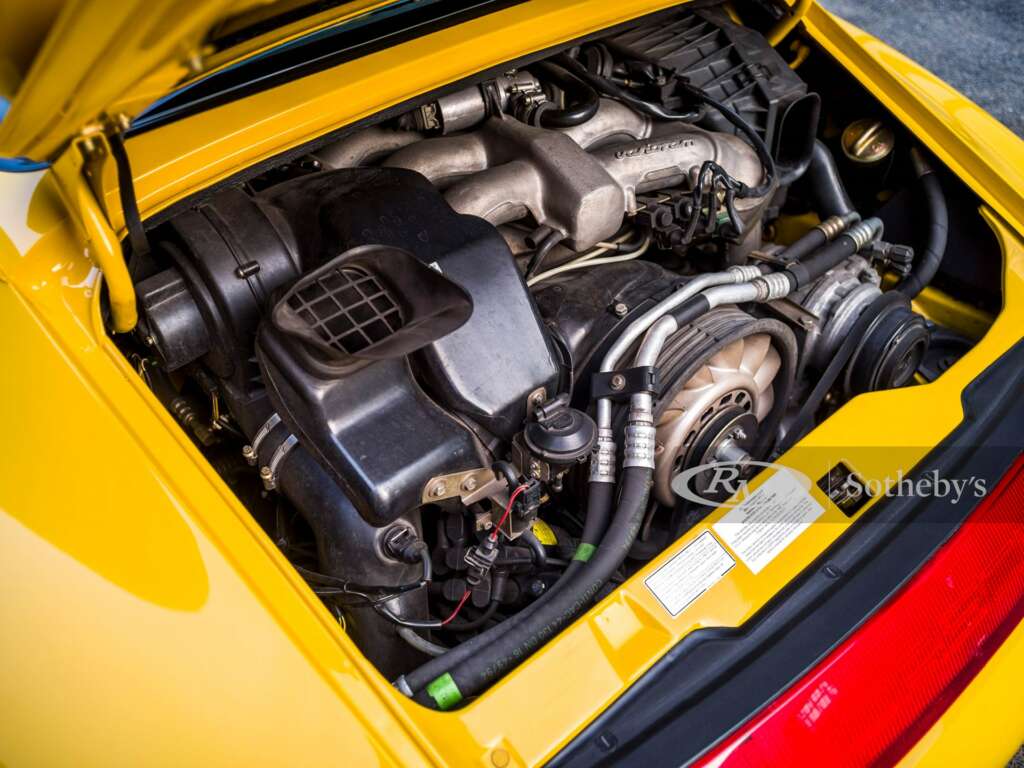 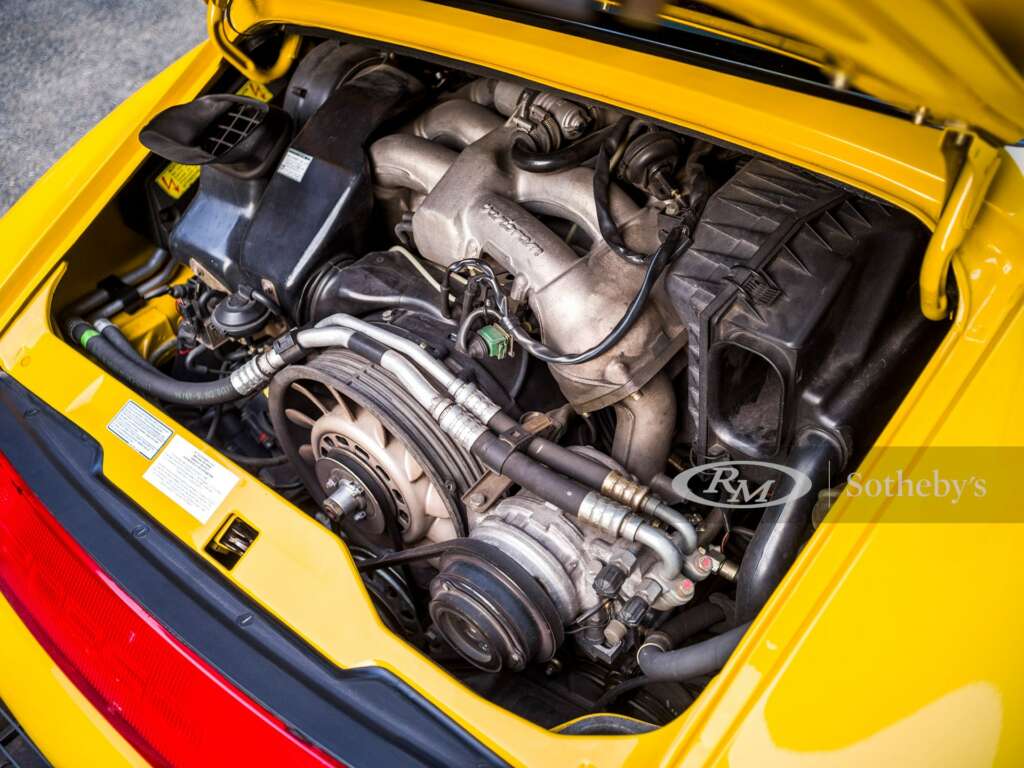