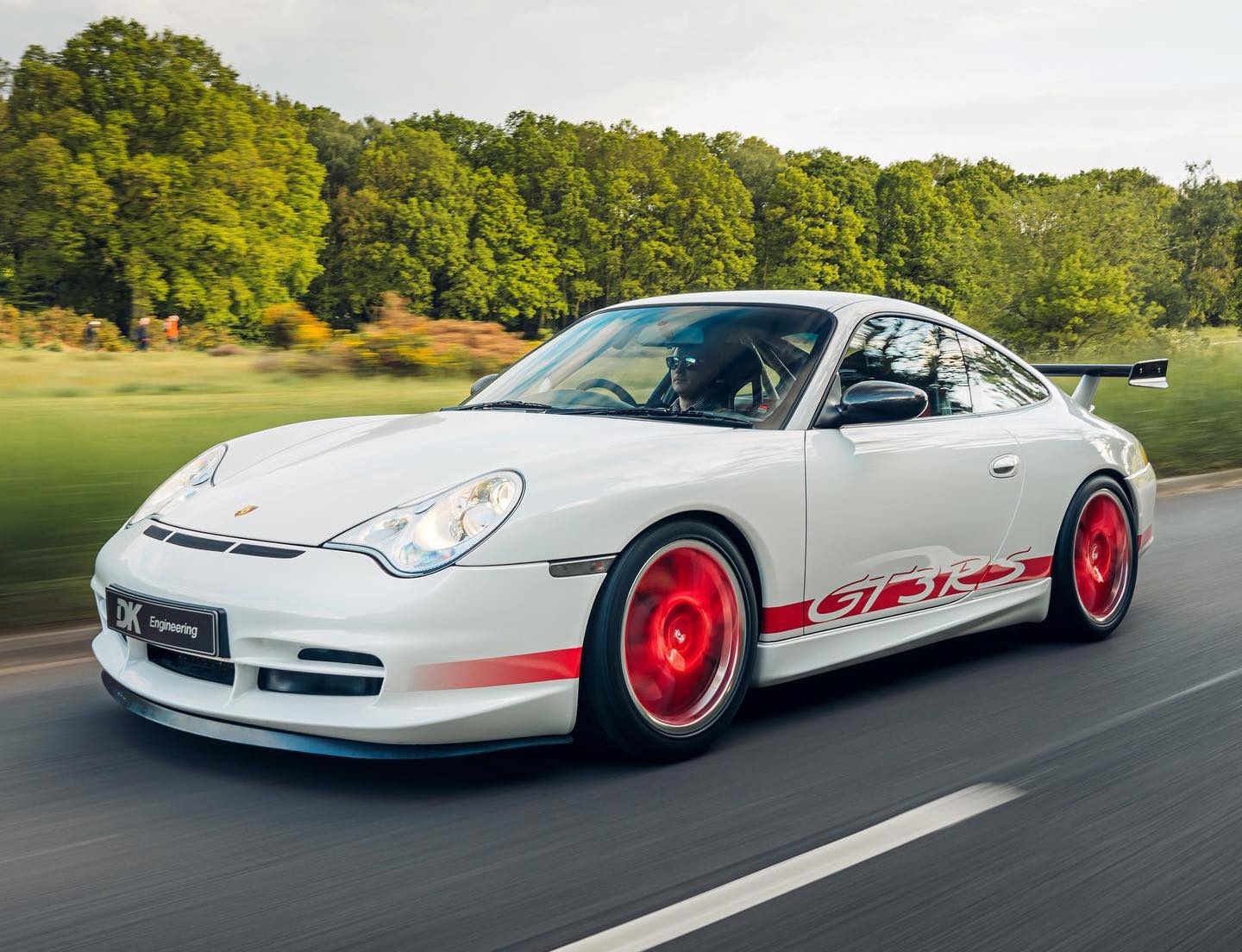 The reference ”RS” will quicken the pulse of Porsche connoisseurs. Models such as the legendary Carrera RS 2.7 of 1972 and the 1991 964 911 RS were also sports cars that stood out on account of their extreme degree of manoeuvrability and handling. That tradition is continued with the 993 RS and then the 996 GT3 RS. In common with its predecessors, it provides a homologation model for use in a range of racing series. 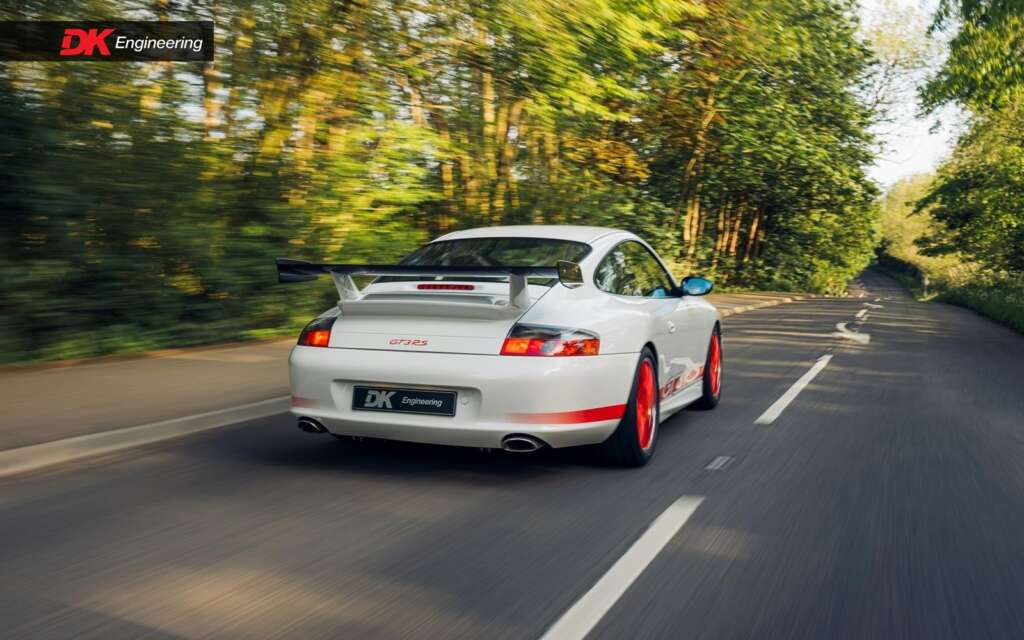 Although the horsepower remained the same 376 bhp as per the GT3 model, the GT3 RS’s overall performance increase was highly distinguishable. This owed thanks to the wider wheels and tyres combined with a revised suspension system, as well as a stringent diet that Porsche subject the RS too. Weight was extracted from a reduction in sound deadening, air conditioning, a composite bonnet, rear seats delete and a Perspex rear window instead of glass. A saving of 50kg over the standard car altered the the power to weight ratio, favouring the RS with 280hp/ton. To increase rear downforce and maximise the use of the wider rear wheels, the fixed rear wing grew to race car proportions and carbon fibre was liberally applied.

With the latest 992 Porsche GT3 offering north of 500hp, the 376bhp of the 996 GT3 RS might seem somewhat insignificant by comparison- but it still affords the car 0 – 60 in a just 4.2 seconds. A visceral experience, the 996 RS offers a hands-on experience, a connection with the road and machine and a usable power level that is quickly becoming a rarity in modern performance cars.

Available only in Carrara White, two livery options were offered, either script in red or blue with colour matched wheels, paying homage to the original 2.7 RS.

One of the 113, this C16 example was supplied new by Porsche Centre Swindon on 1st September 2004 to Mr Ayland of Gloucestershire. This example benefits from a number of desirable options, including the full roll-cage painted in white to match the body, painted transmission tunnel, air- conditioning, Becker CD-radio and upgraded Litronic Xenon headlamps.

Acquired by its current keeper in August 2013, this example has since been kept in a secure storage facility and after covering just 1,000 miles after purchase has seen very limited use since.

Purchased by ourselves direct from the collection of low mileage modern Porsches, we have commissioned a full inspection followed by a major service with marque specialists Jaz Porsche which was completed in May of 2021, attending to any items that were raised. This also included the fitment of four new Pirelli P Zero N4 tyres. Importantly, it is also accompanied by its original owners manual, service manual, and a spare key.

Available to view at our showrooms outside London immediately, this fabulous 996 GT3 RS today presents with just 14,200 miles from new. Ready to be enjoyed by its next custodian on the road or track, this example equipped with a number of desirable options makes for a fantastic proposition. 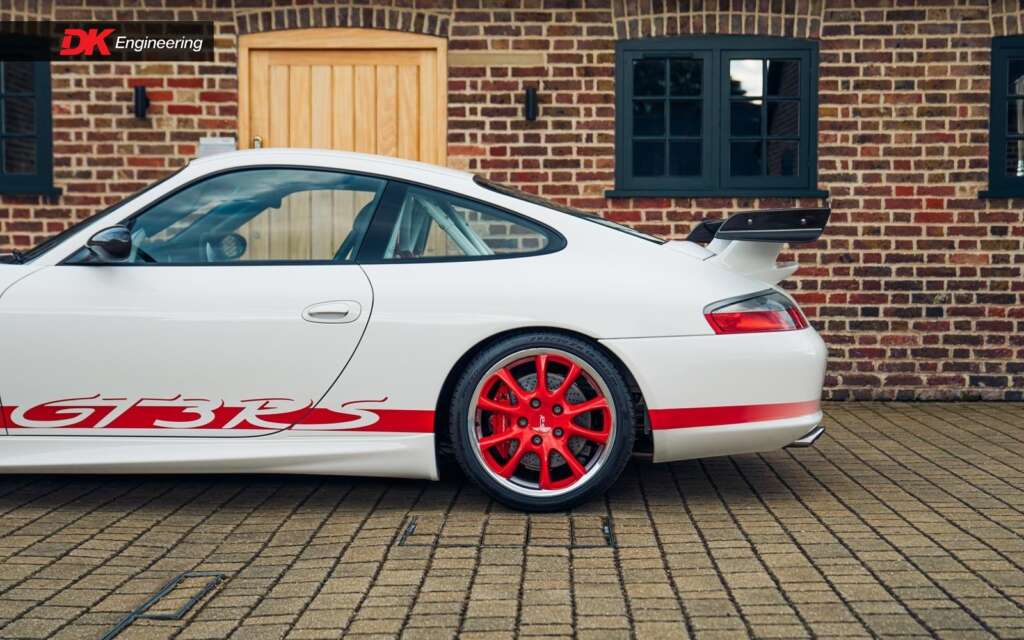 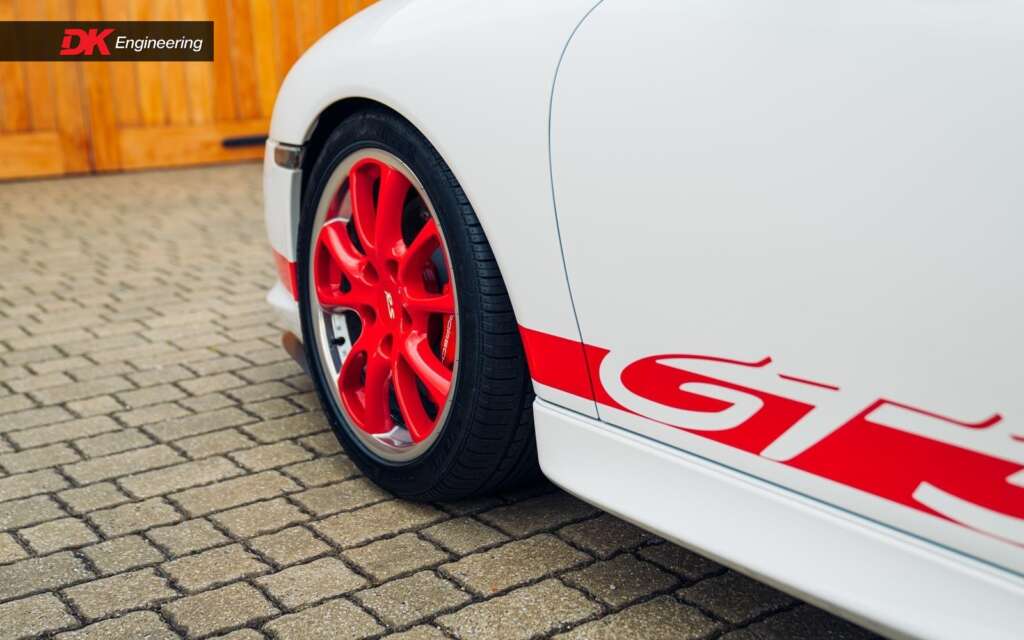 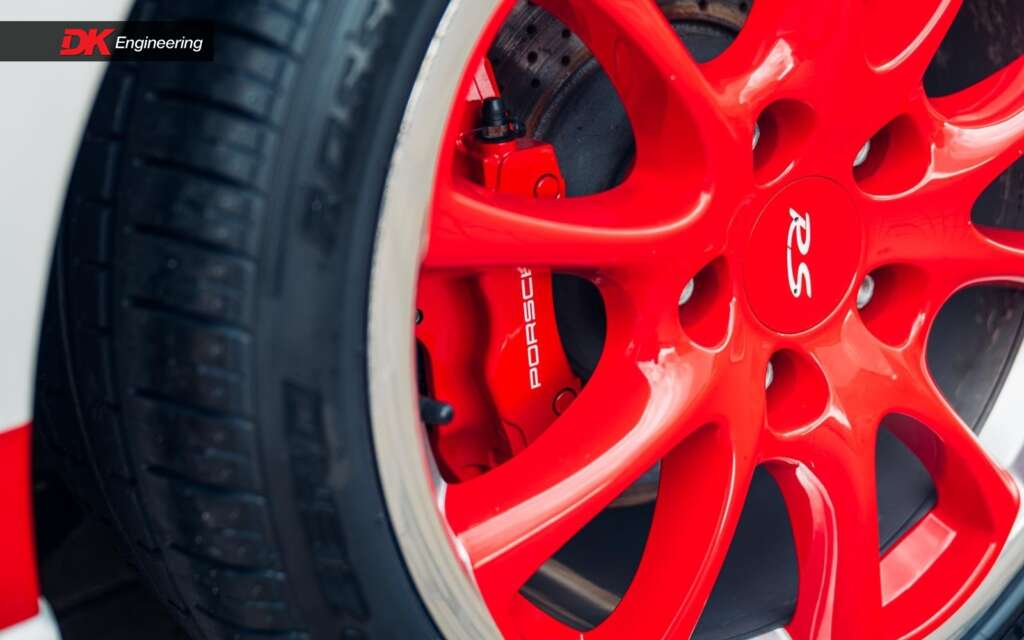 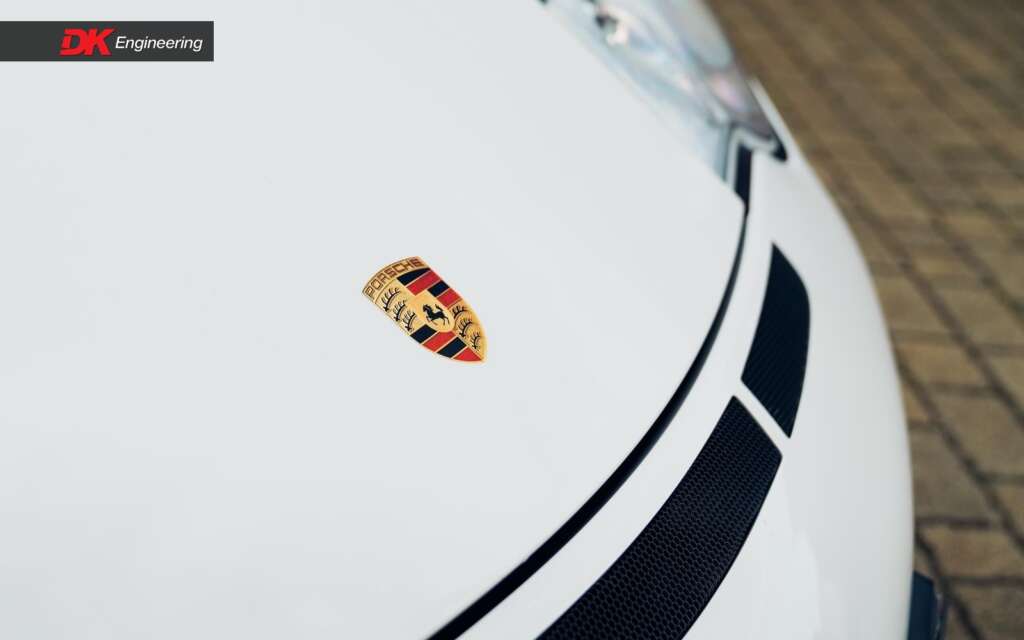 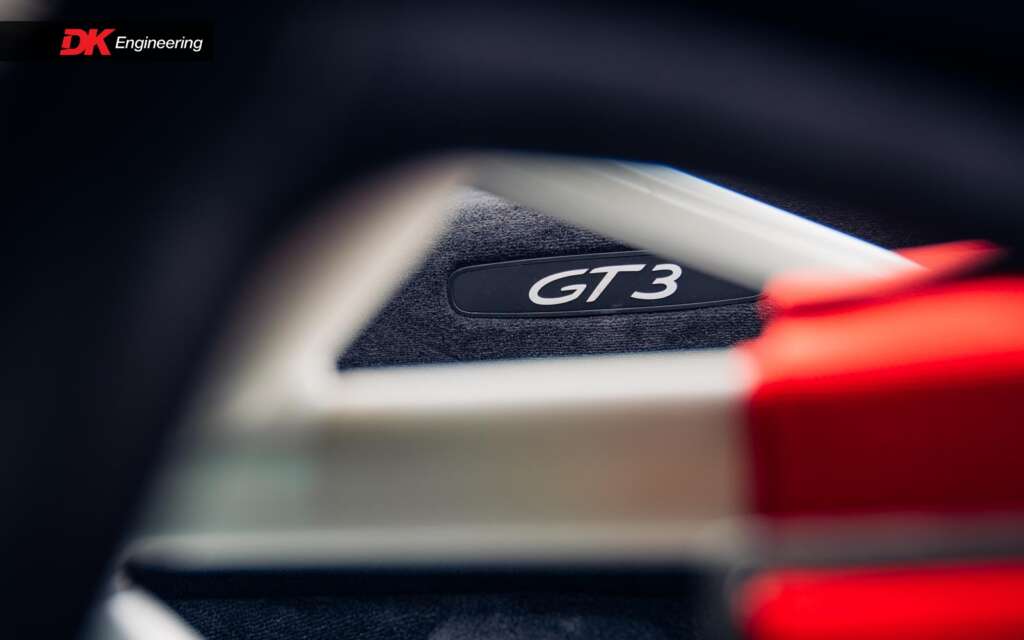 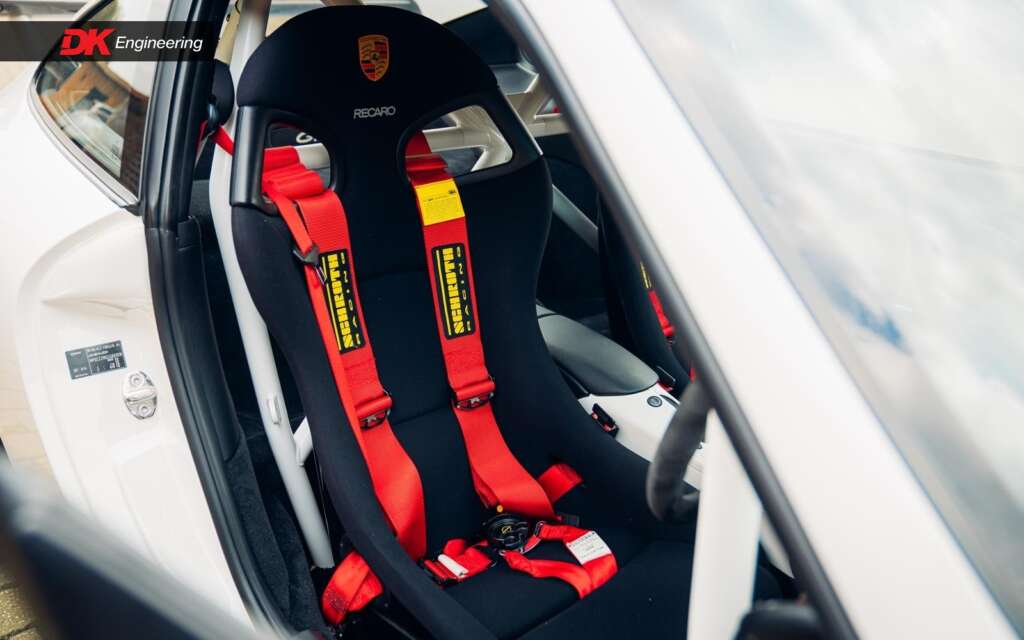 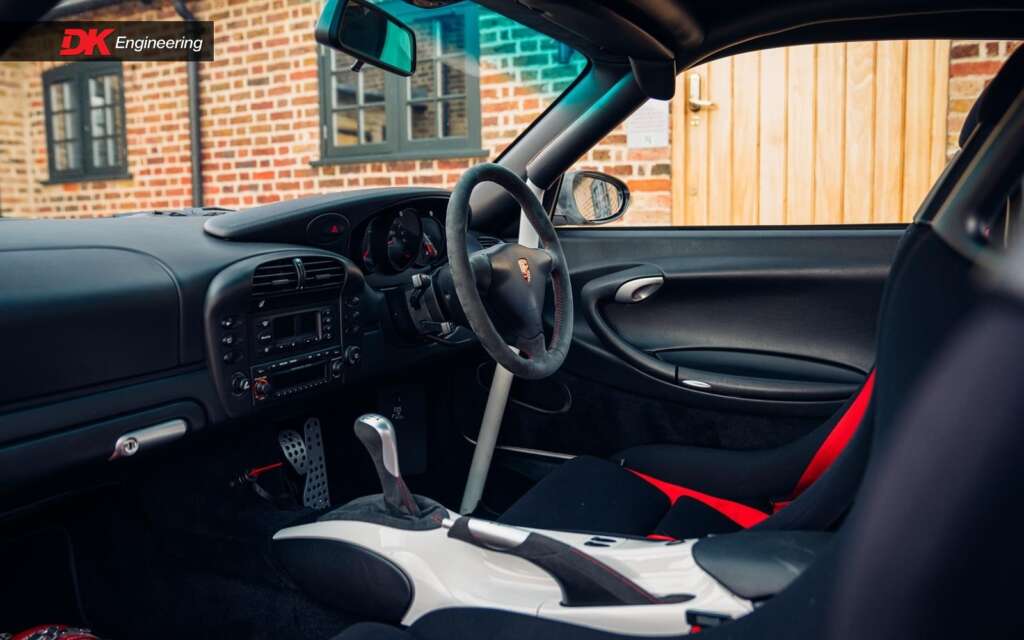 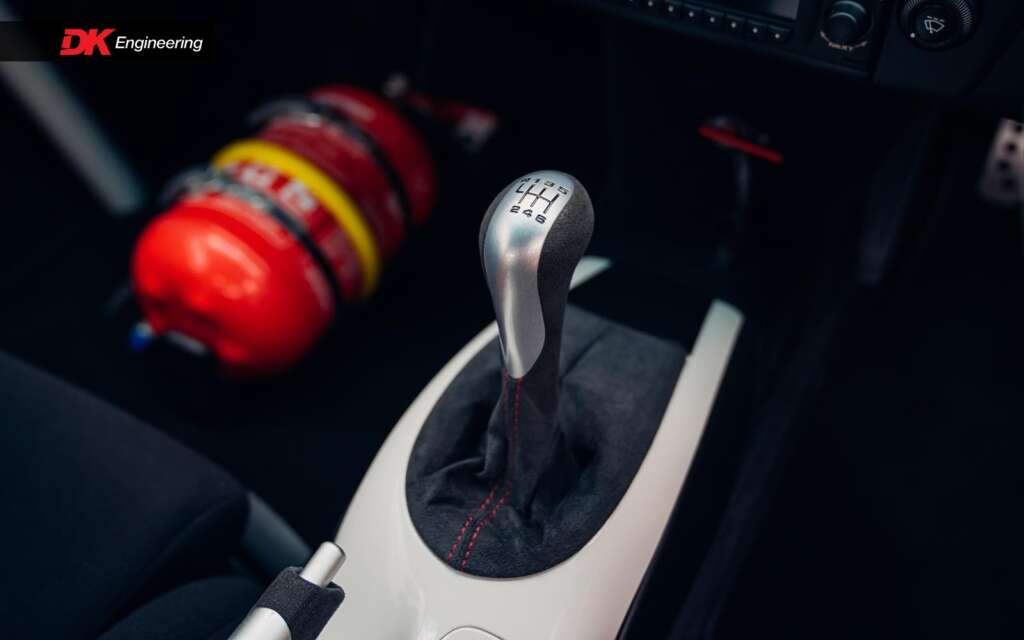 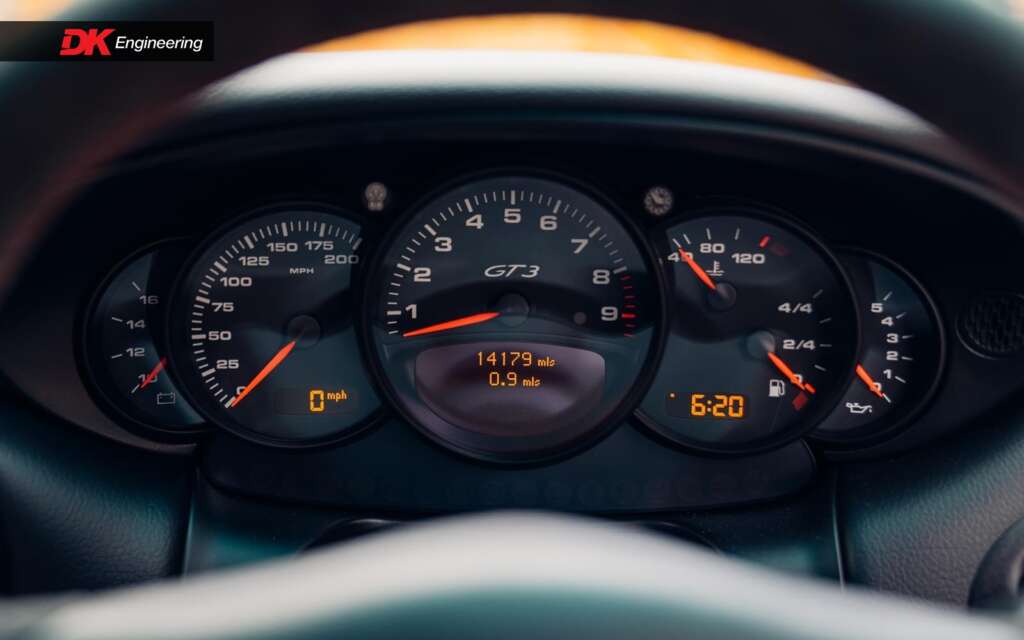 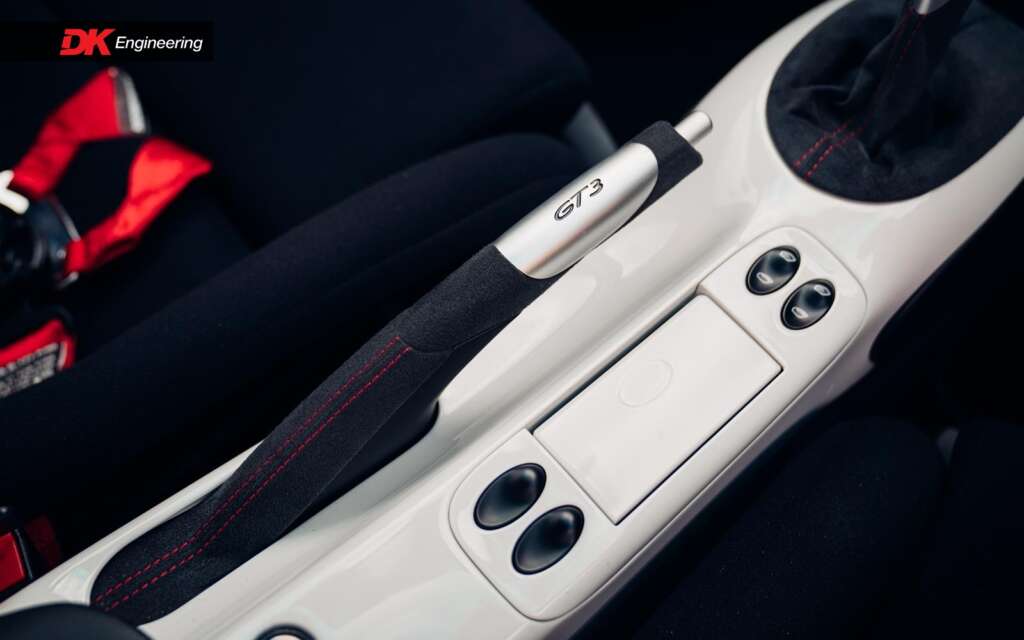 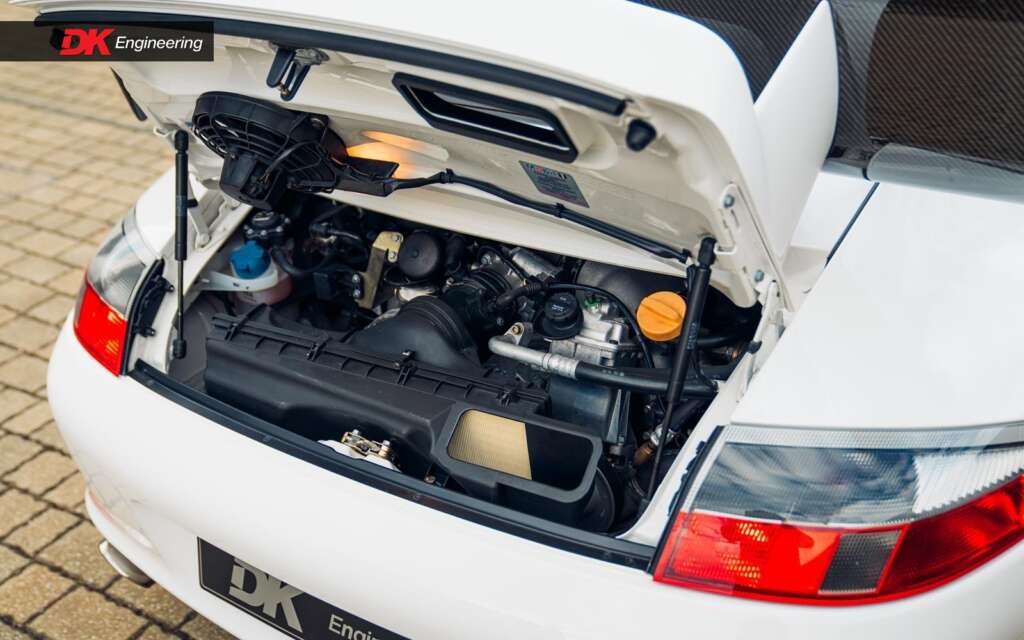 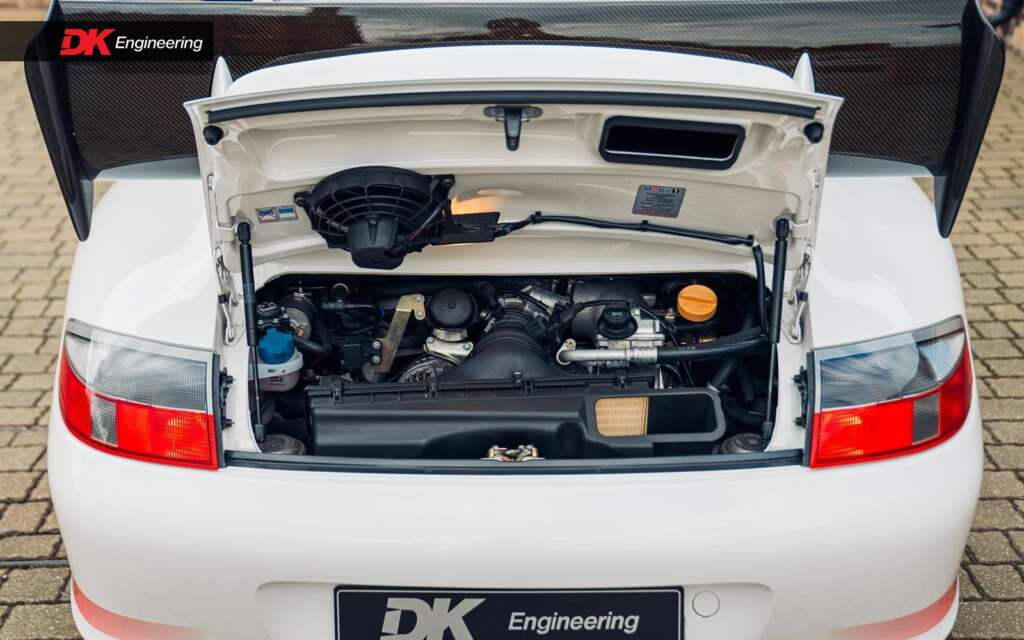 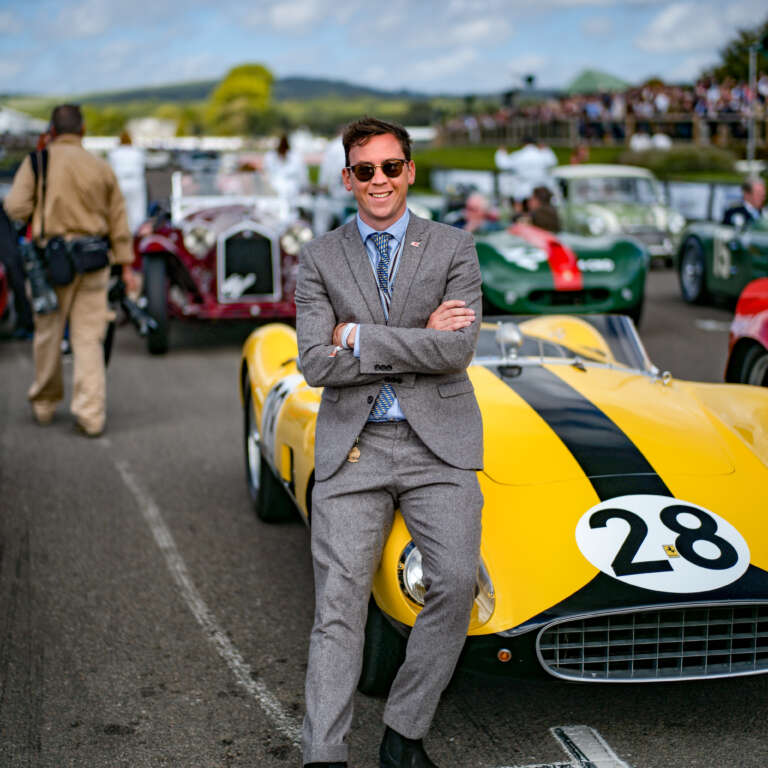