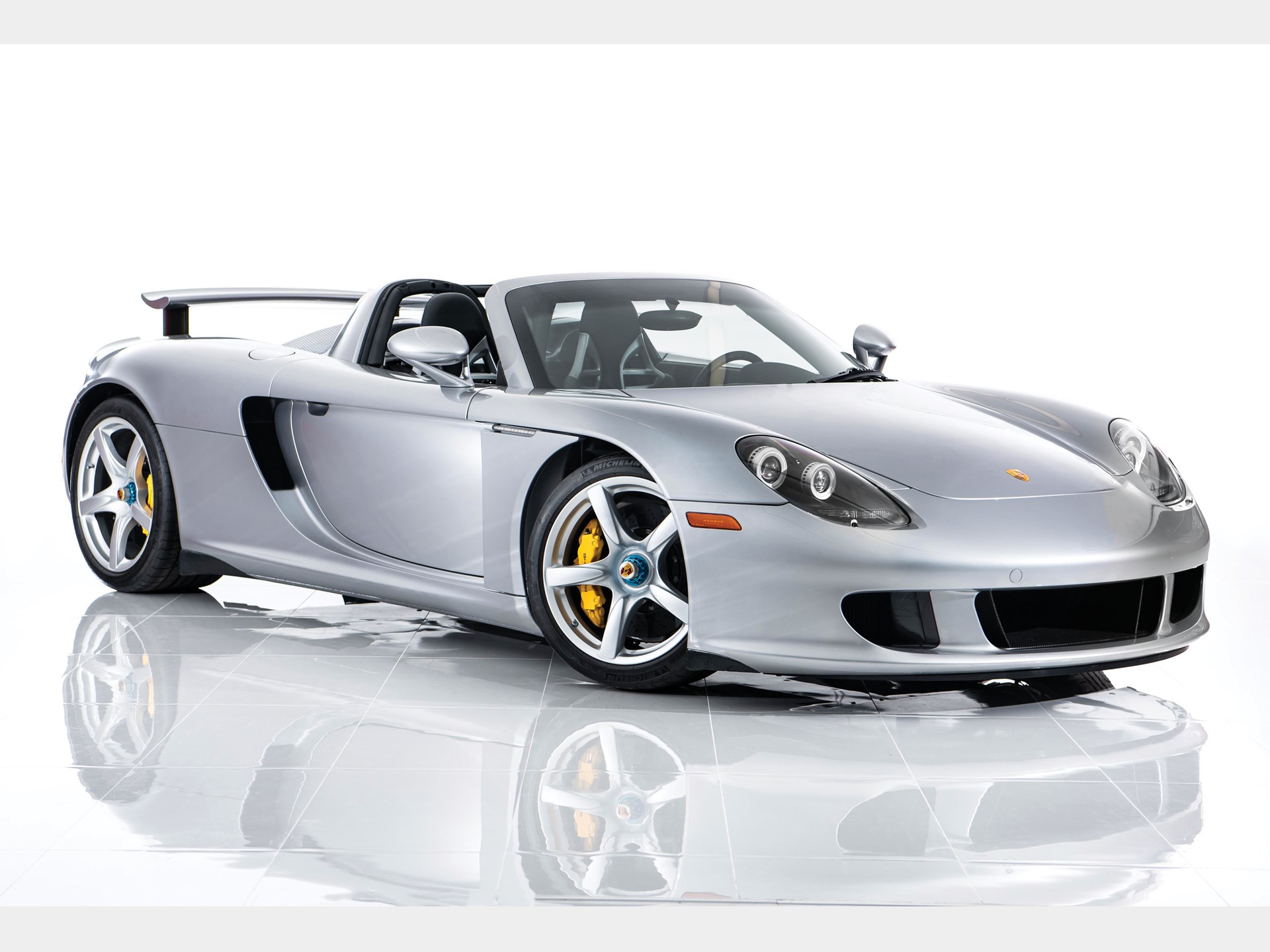 By any measure, Porsche’s brilliant Carrera GT is one of the greatest sports cars ever offered to the public. On the heels of Porsche’s success with the 911 GT1 at Le Mans, the company’s engineers at Weissach focused on a new prototype for the LMP98 program. This new design would, rather than employing the familiar 911-based flat-six Turbo of the GT1, utilize a normally aspirated wide-angle V-10 that had originally been created secretly for the stillborn Footwork Arrows Formula 1 project. When the FIA canceled the 1999 Le Mans Prototype class, Porsche needed a platform with which it could hopefully recoup some of its considerable investment. The Carrera GT in 5.5-liter prototype form was unveiled to great acclaim at the Paris Auto Show in 2000.

One of 1,270 built worldwide – Virtually new condition; only 766 miles 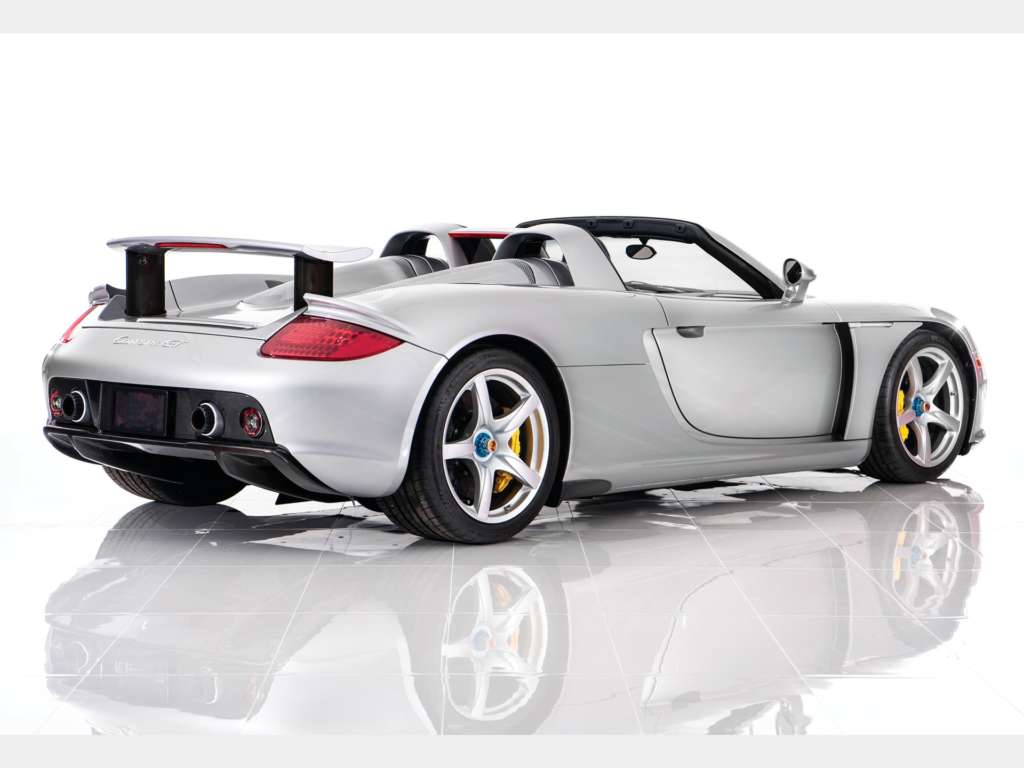 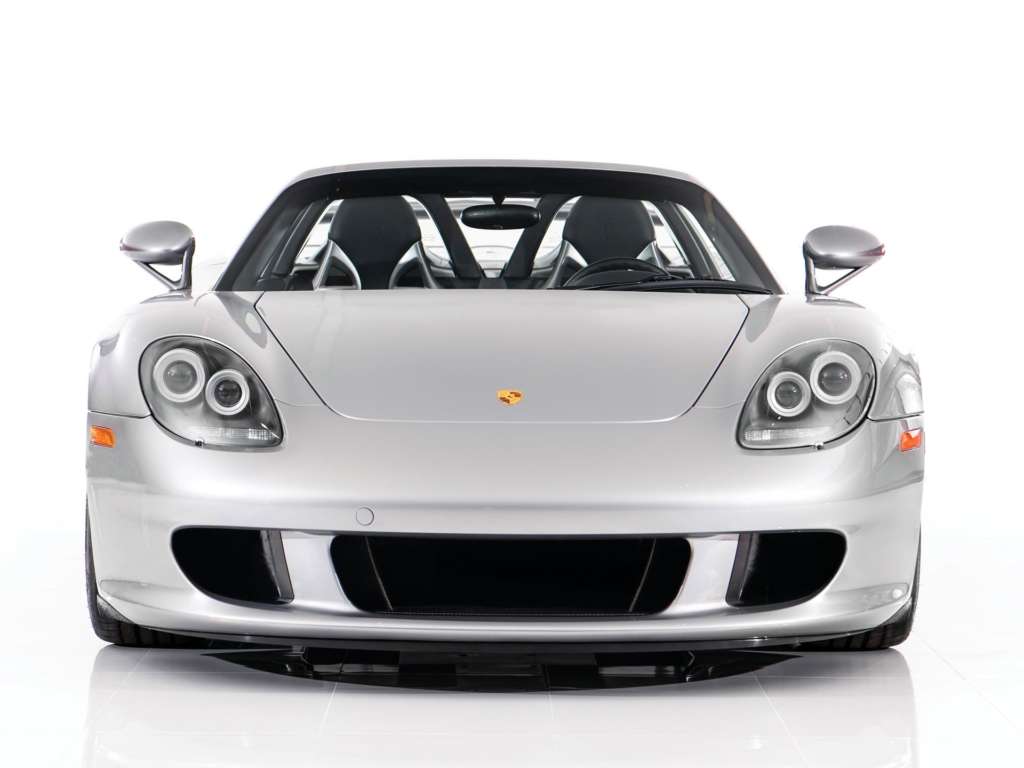 Porsche’s new supercar broke new ground in many ways; it was the company’s first product to utilize an immensely strong but lightweight monocoque cabin and engine support unit of CFP (carbon fiber/reinforced plastic) with steel bracing around the windshield and passenger compartment. Chassis construction was sublet to Italian aerospace component maker ATR Composites. The front and rear suspension was based on state-of-the-art racing design, with upper and lower stainless-steel wishbones and inboard-mounted, rocker-arm-operated coil-over shock absorbers at all four corners. Huge ventilated and cross-drilled carbon-ceramic disc brakes were managed by multi-piston rear light-alloy calipers fitted behind forged magnesium-alloy center-lock road wheels, 19 × 9.5 inches in diameter in front, and 20 × 12.5 inches in the rear. These hollow-spoked wheels allowed constant tire-pressure monitoring.

The V-10 engine now had a home. Sized at 5.7 liters in production form, this marvelous 40-valve powerplant developed an astonishing 605 bhp at 8,000 rpm and 435 foot-pounds of torque at 5,750 rpm with advanced Bosch electronic fuel injection and ignition management. Power was delivered through a six-speed manual transaxle with limited slip. To keep the car’s center of gravity as low as possible, the engine employed dry-sump lubrication, and both the flywheel and multi-disc carbon-ceramic clutch were barely 6.5 inches in diameter.
The bodywork incorporated large air intake and exhaust vents, as well as a pair of removable CFP roof panels that could be stored within, a rear air diffuser, and a stability-enhancing rear wing that rose automatically at 75 mph. The leather interior was luxurious, with every amenity, and included a large digital information screen. The Carrera GT was fitted with numerous safety systems, including traction control and anti-lock braking, all vital to a machine capable of 0–60 times of three seconds and a maximum speed of 200 mph, quite remarkable for a normally aspirated road car.
However, the world economy was slowing, and Porsche was in financial straits. The Carrera GT program was shelved. Engineers were transferred to a new project—getting the new Cayenne SUV into production. It was a decision that probably saved Porsche. Cayennes sold like hotcakes, and now Porsche had the capital to resume the Carrera GT effort. It reappeared at Geneva in 2003, and deposits poured in. The company announced plans to deliver just 1,500 examples beginning in 2004, and US dealers were allocated only a single unit each. As it turned out, the recession was still being felt, and just 1,270 were sold worldwide before production ended in May 2006. Some 644 Carrera GTs went to American buyers.
RM Sotheby’s is pleased to offer one of these early examples, finished in its original Silver Metallic, optional black leather interior, and full factory equipment. The Carrera GT left the factory 1 May 2004 and was delivered to Suncoast Porsche-Audi in Sarasota, Florida. Carrying an MSRP of $442,900, it was sold to its first owner that October. Although it has passed through the hands of several additional enthusiasts in the years following, it has recorded a mere 766 miles from new. The consignor states that the car has been routinely and properly serviced in all aspects and is supplied with its factory optional luggage set, correct tools, a car cover, and original brochures and manuals. The Carrera GT was most recently serviced in October 2019, including an oil change, brake fluid flush, replacement of the front hood shocks, mount and balance of four new tires, and a clutch wear measurement of 30.5 mm.
When production ended, Porsche declared the Carrera GT the most successful supercar in history. This handsome Carrera GT would make a fitting addition to any collection of ultra-high-performance supercars. 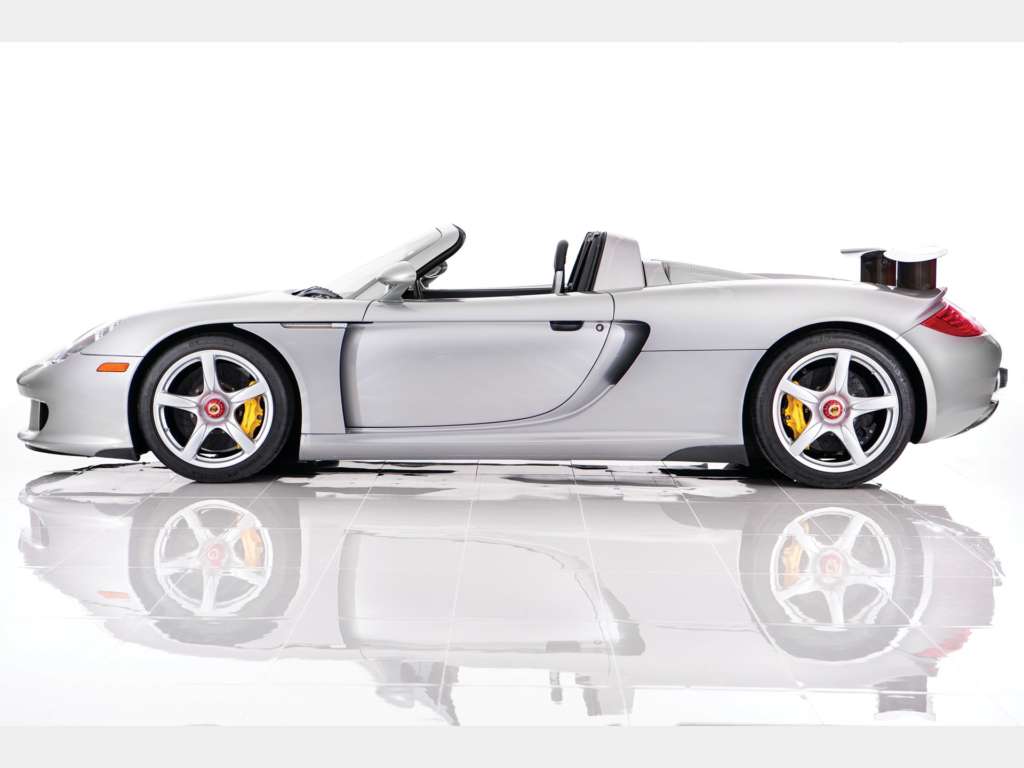 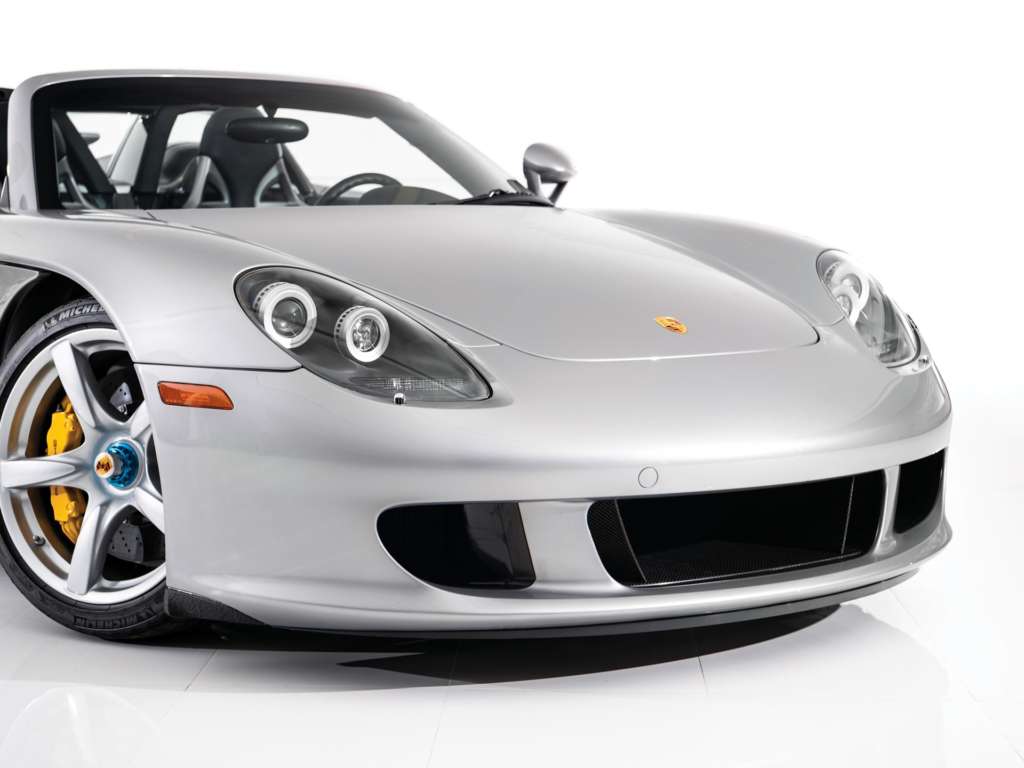 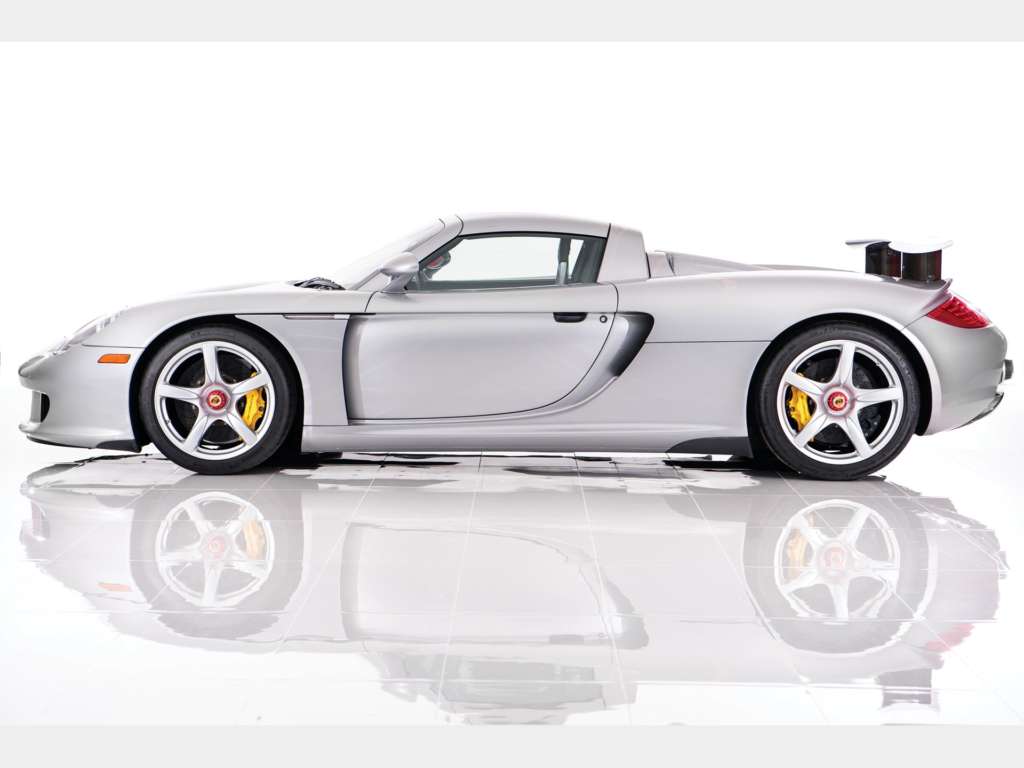 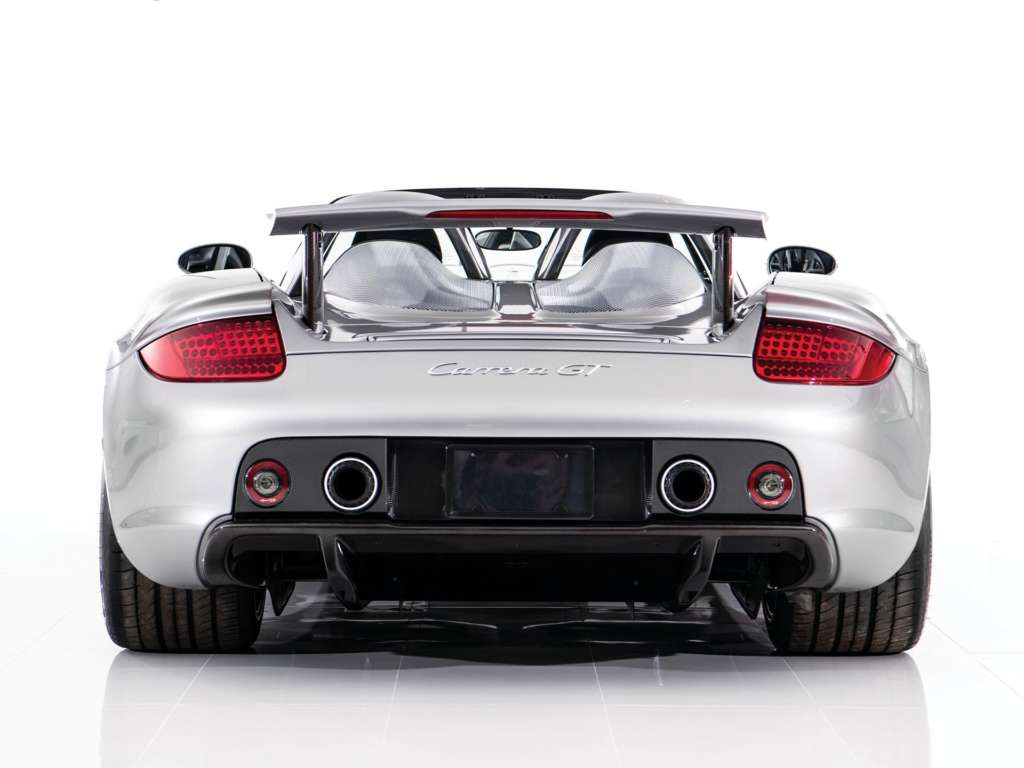 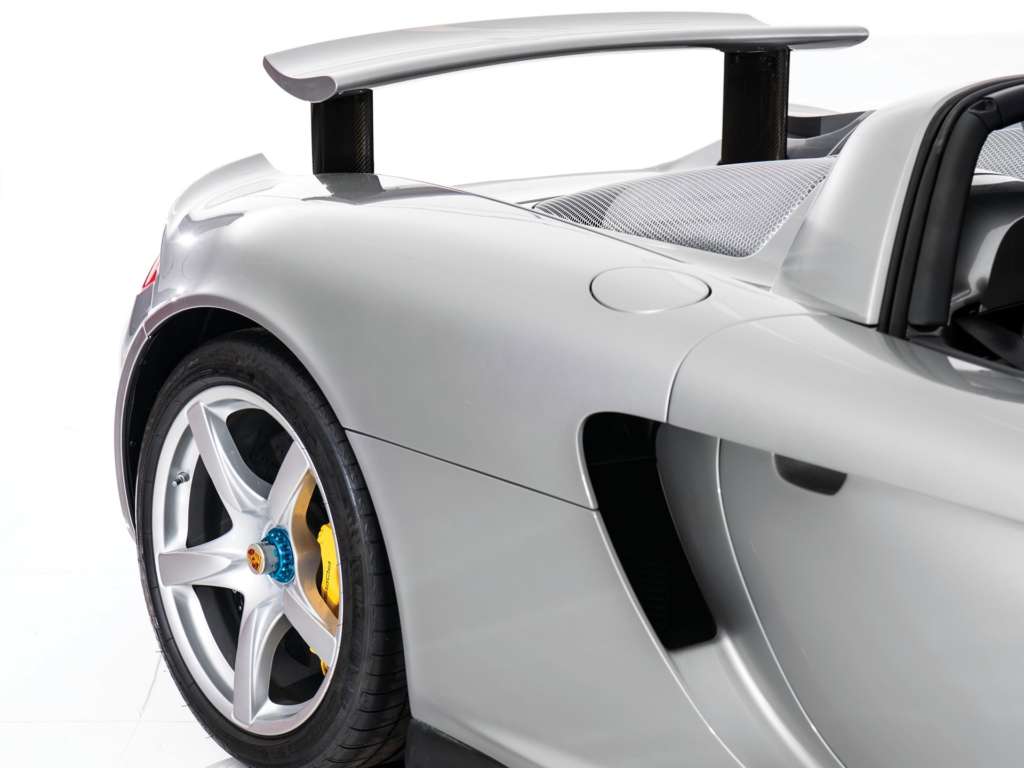 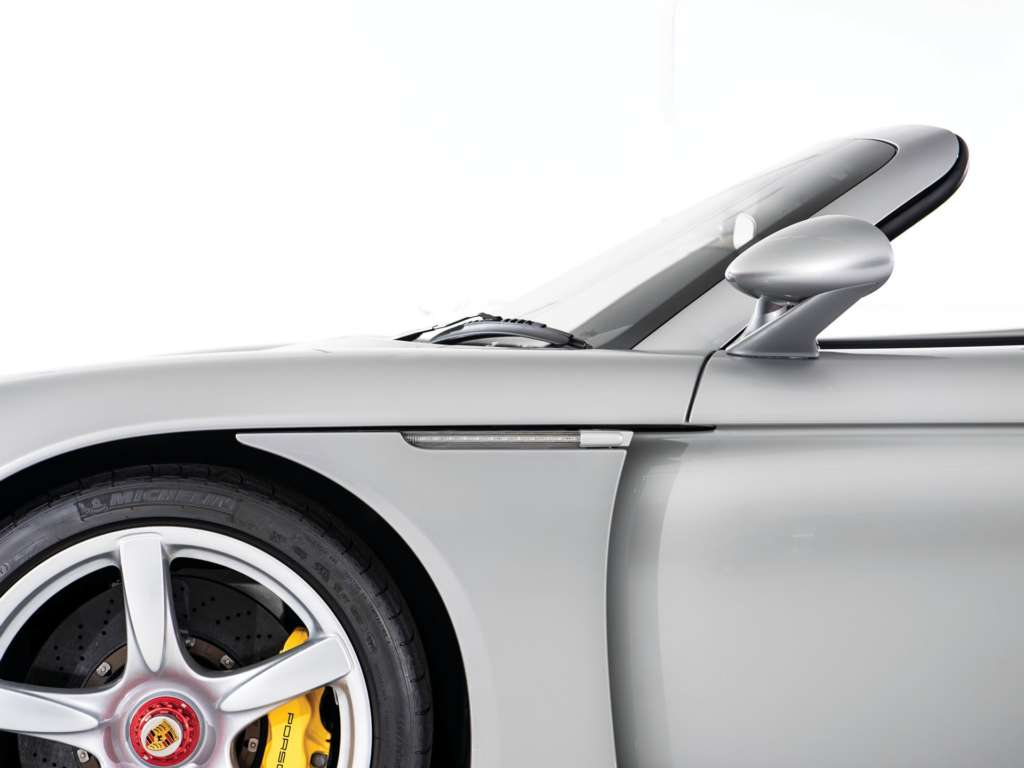 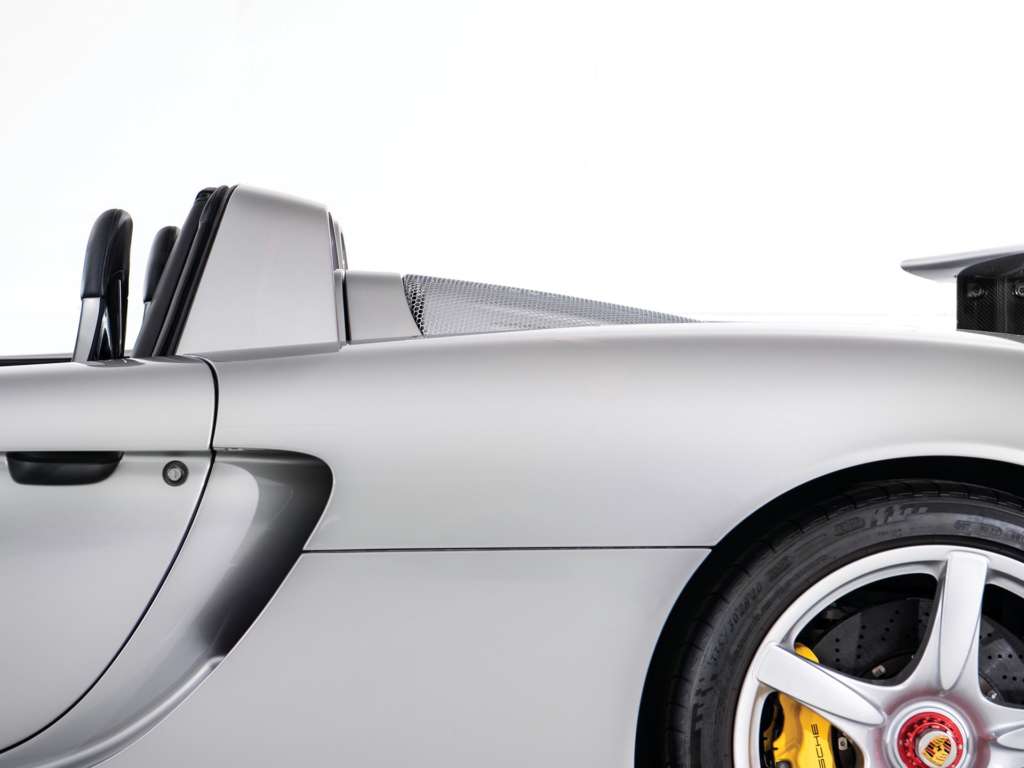 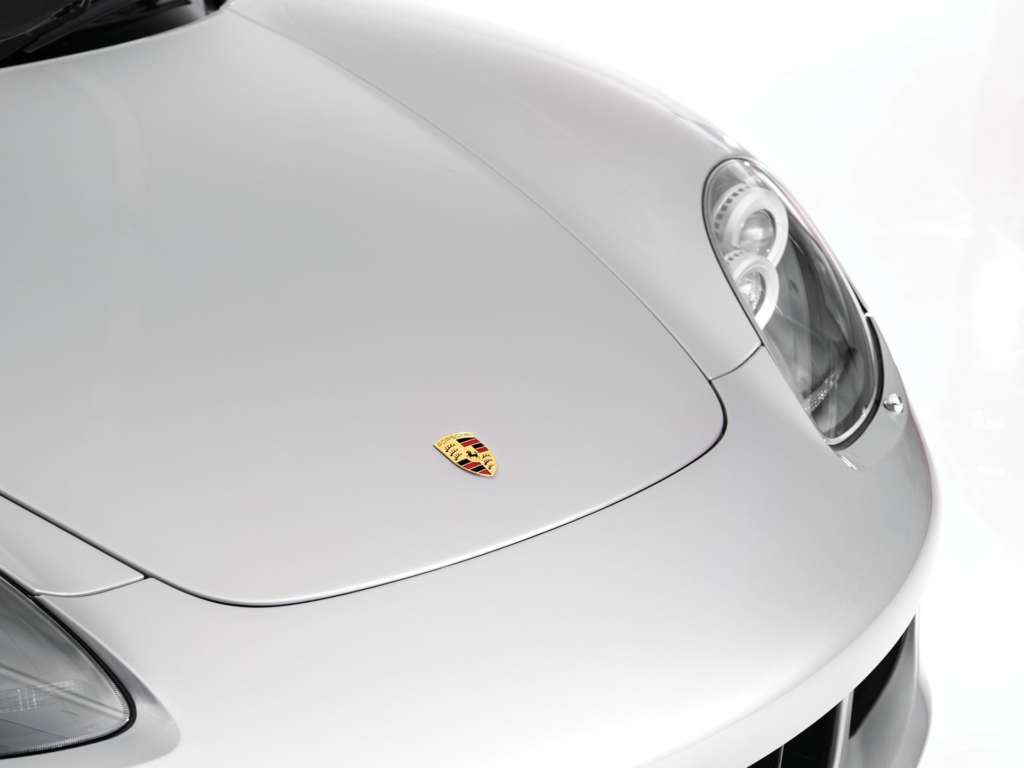 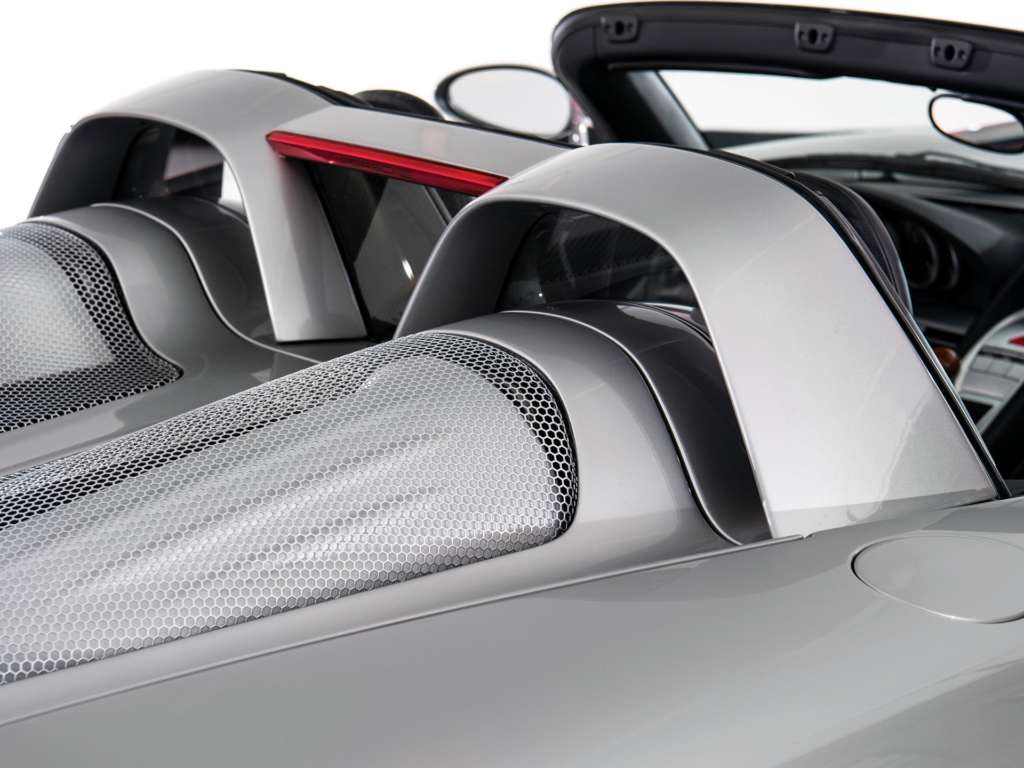 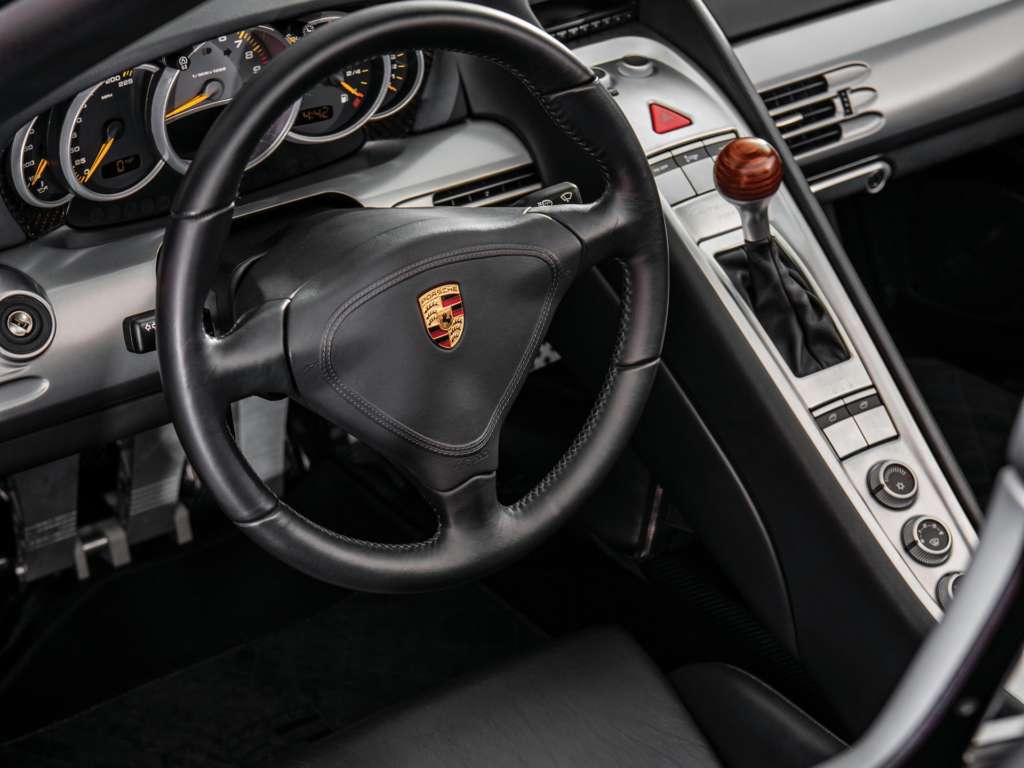 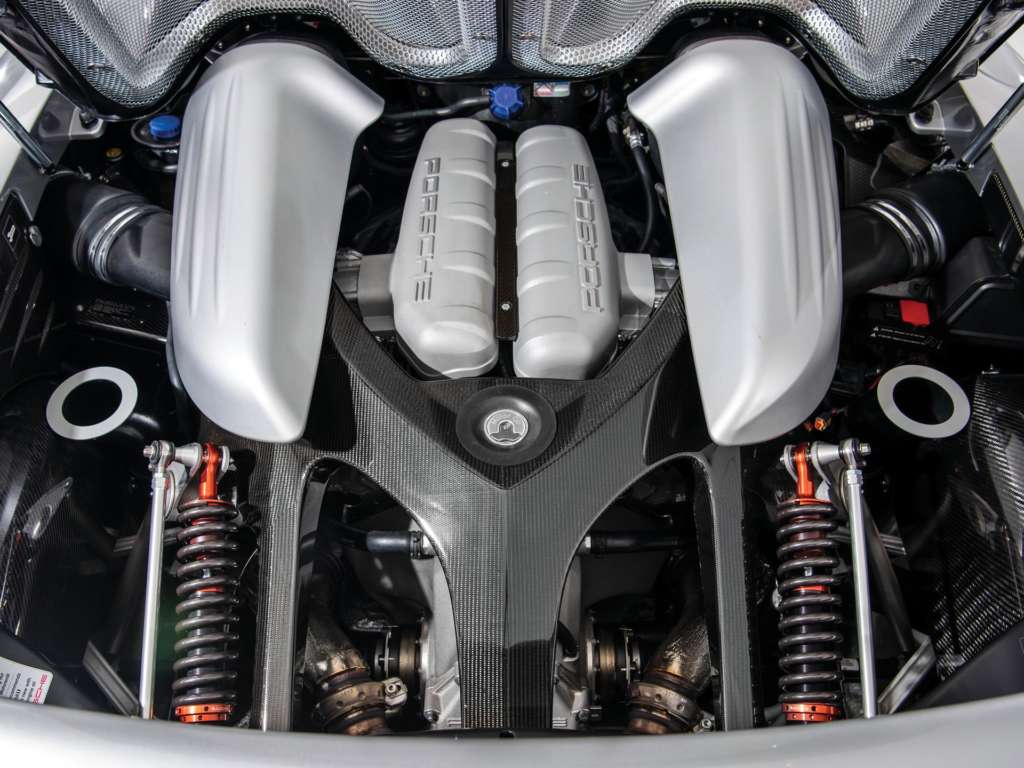 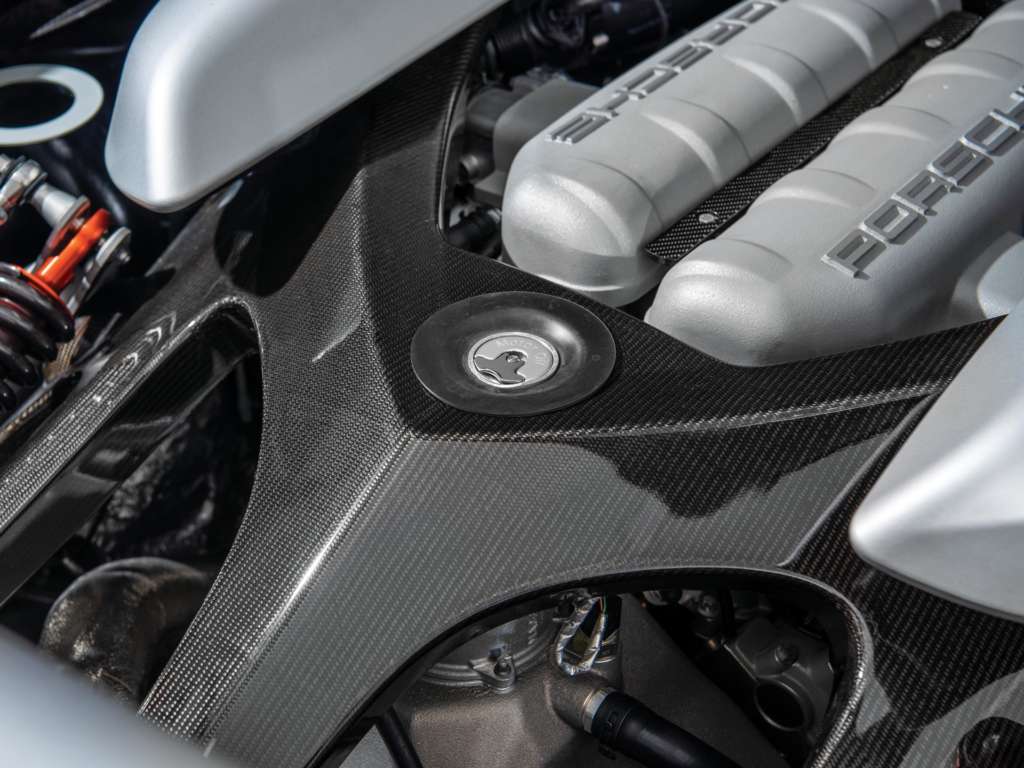