You want to buy a pre-owned Porsche 911 Carrera 3.2 Oldtimer?

Here we present you some information about the 911 and some Porsche 911 Carrera 3.2 for sale:

“The Porsche 911 Carrera 3.2 offers driving in its finest form. The cockpit is a feast for the eyes, the engine one for the ears.” That’s how the German magazine “Auto, Motor, Sport” summarized the experience driving the renewed 911 G-series. Today, the 911 Carrera 3.2 is considered to be one of the best classic Porsches out there. It’s the last Porsche 911 with the unique shape of the early 911s, embodying the end of a sports car era which lasted for 26 years. 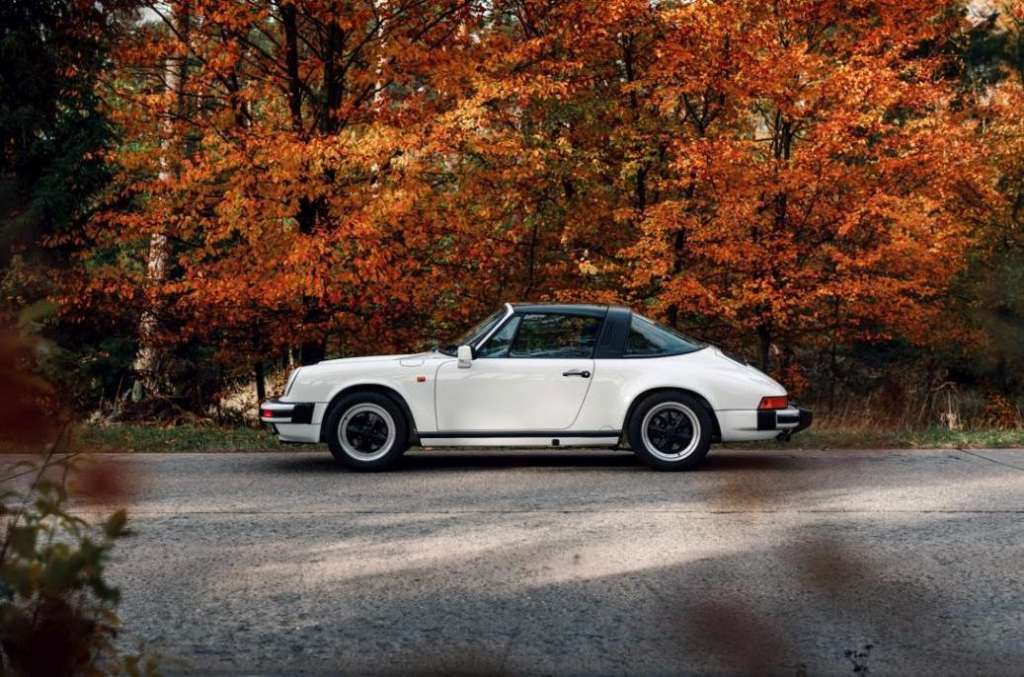 It all began with a new american law in 1972: From then on, every new car had to survive a crash with up to 5 mph without any lasting damage. A year later, Porsche presented the new Porsche 911 – the G-series. Because Porsche wanted to maintain the shape of the classic 911 the answer to the American legislation was implementing so called impact bumpers. They became so popular over the years, that to many the G-series is known as the impact bumper Porsche.

The Porsche 911 Carrera 3.2 was the first 911 offering the Turbo’s look for non-turbo cars

Since the day it came out in 1984, the 911 Carrera 3.2 could have been ordered with the M491 option. That was the internal code for the Werks Turbolook (WTL), or Supersport in the UK, which was a little bit more than just some trim additions. Of course, you’ve got yourself the Turbo’s wide fenders and the huge Whaletail wing on the back. Furthermore your 911 was also equipped with upgraded suspension components, bigger wheels and the superb Turbo brakes. Especially in its first two years of production, the 911 Carrera 3.2 WTL was immensely popular in the United States. Due to the emission rules, Porsche didn’t offer a 911 Turbo to US customers. So as a US citizen you couldn’t get any closer to a 911 Turbo than with the WTL at that time.

Technical specifications about the Porsche 911 Carrera 3.2:

In our Elferspot magazine, you can find some interesting articles about Porsche 911: Buyer’s guide – Porsche 911 Carrera 3.2