You are looking for a pre-owned Porsche 997 Turbo for sale?

Here we present you information and some Porsche 997 Turbo for sale: 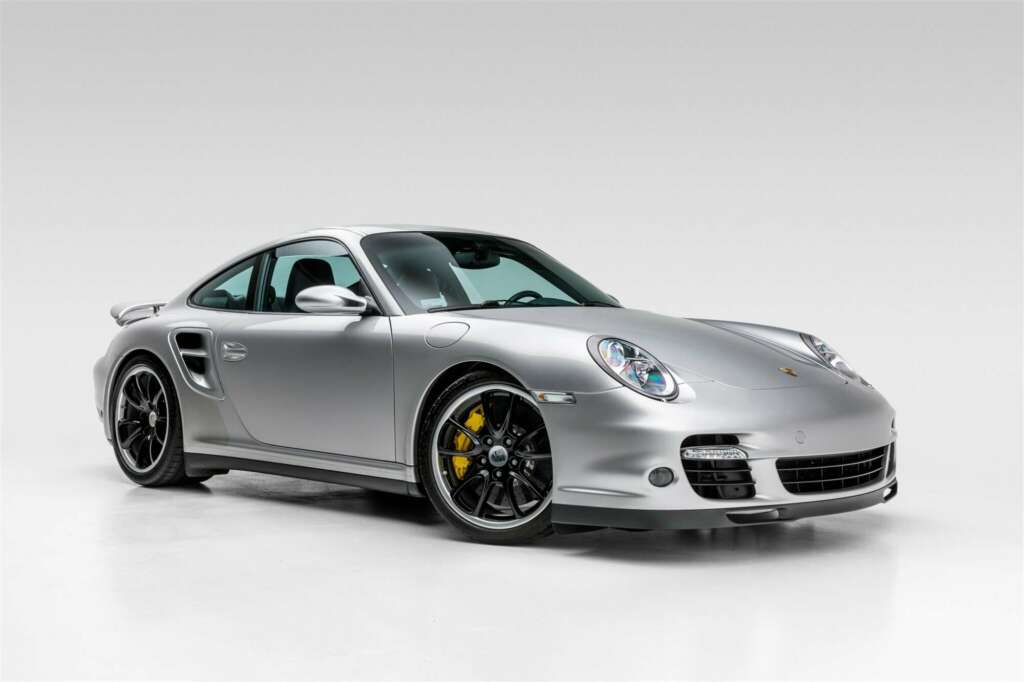 When hearing Porsche 911, almost instantly the Turbo comes to mind. Since 1974 the Porsche 911 Turbo is considered as the speerhead of Zuffenhausen’s finest sports cars. The Turbo has always been the perfect blend of super car performance with all the everyday usability of the Porsche 911. Without a doubt, the same could be said about the 997 Turbo (S)

Which versions are out there?

Styling wise the 997 Turbo remained true to himself: muscular but still discreet

The 997 Turbo was presented in February 2006 on the International Motor Show in Geneva. A new front end with the classic oval shape headlights and LED daytime running lights seemed timeless and very appealing. The Turbo trademark air vents in the rear quarter panel gave it a nice touch, as well as the nicely integrated, extendable rear wing. The characteristic air outlets in the rear bumper was carried over from the predecessor.

Despite the aggressive design elemtents, the 997 Turbo remained true to himself. The wide body with the air vents give the Turbo a more muscular look than its Carrera siblings, but the Turbo remains subtle and discreet. Compared to the Italian competitors it nearly looks unobstrusive. The 997 didn’t grow much in dimension, which makes manoeuvering through dense traffic very easy in comparison to let’s say a Lamborghini. That made the Turbo, just like its predecessors, the perfect car for hasty connoisseurs.

The 997 Turbo may not be a bargain, but it offers one of the most complete packages in automotive history. Its acceleration is ballistic, and even former Carrera drivers need some getting used to that kick in the back. The 997.1 is the last Turbo with its engine based on the Mezger unit, the 997.2 offers more power and torque with a more up to date interior. Which one would we suggest? This you can read in our Elferspot buyer’s guide: The Porsche 997 Turbo (S) – Buyer’s guide

If you are looking for a Porsche 997 Turbo for sale and you want to find out more about the 997, click here: Porsche 997 – Elferspot Magazine