You are looking for pre-owned or used Porsche (911) for sale?

Here we present you some information and some used Porsche for sale: 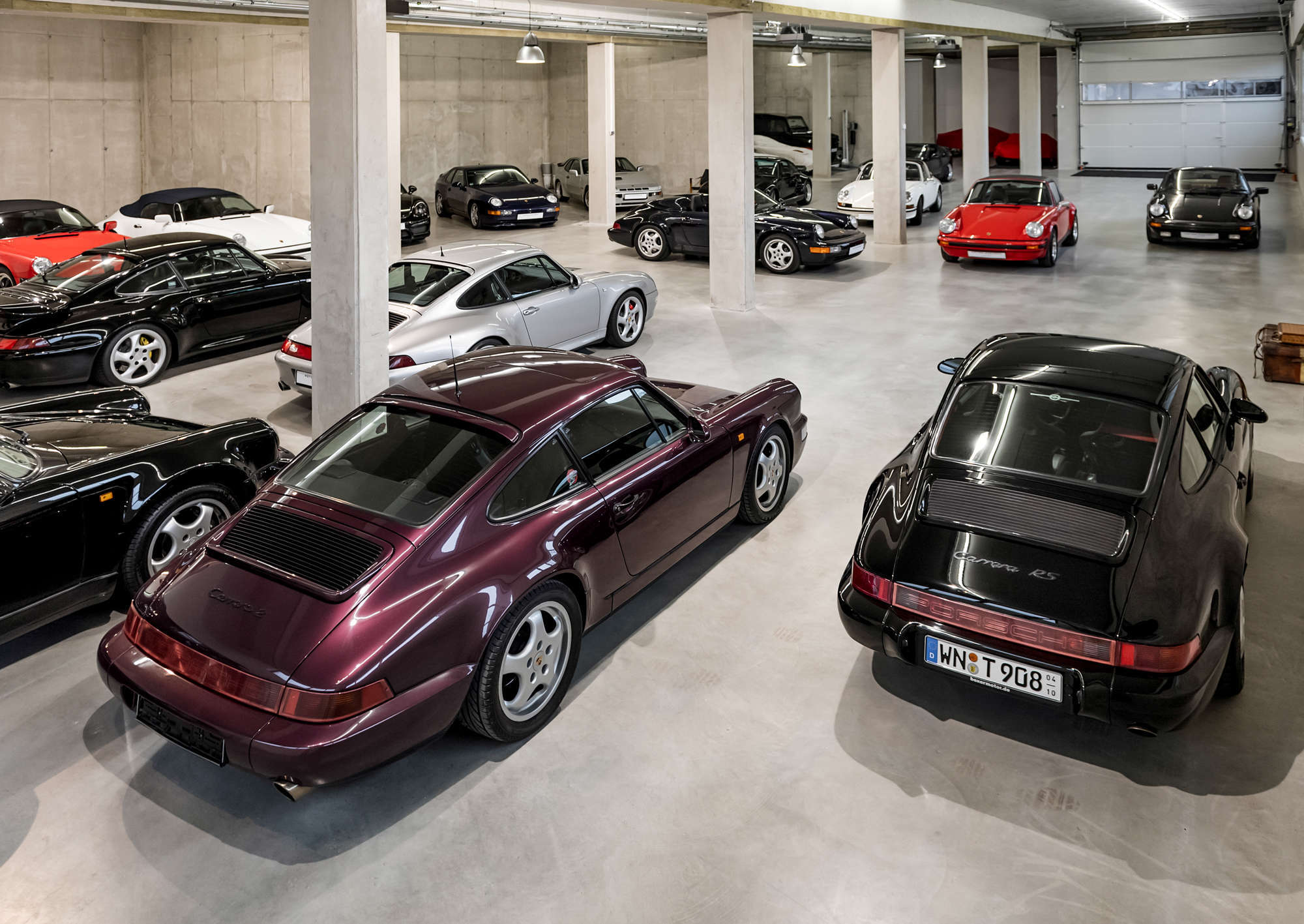 The Porsche 356 is a sports car which was first produced by Austrian company Porsche Konstruktionen GesmbH (1948–1949), and then by German company Dr. Ing. h. c. F. Porsche GmbH (1950–1965). It was Porsche’s first production automobile. The 356 is a lightweight and nimble-handling, rear-engine, rear-wheel drive, two-door available both in hardtop coupé and open configurations. Engineering innovations continued during the years of manufacture, contributing to its motorsports success and popularity. Production started in 1948 at Gmünd, Austria, where approximately 50 cars were built. In 1950 the factory relocated to Zuffenhausen, Germany, and general production of the 356 continued until April 1965, well after the replacement model 911 made its autumn 1963 debut. Of the 76,000 originally produced, approximately half survive.

The first generation of the Porsche 911 (original model or F-model) could be bought from 1964. Available as Coupé, Cabriolet and Targa, the Porsche 911 was a 2+2-seater sports car. The 911 was offered with the following engines: 2.0 – 2.4 liter petrol engine (110-190 hp). The last Porsche 911 from the original model (F-model) ran in 1973 from the band. Compared to the Porsche 356 model, the 911 was a great development. This applies to the entire vehicle design and in particular to the engine. Before the start of 911 series production in September 1964, 13 prototypes were still being built as a Porsche 901.

Porsche responded to the criticism of its predecessor 996 in the development of the Porsche 911 997th The second water-cooled 911 is based optically with the classic round headlights again more on the original 911er form. Ten years ago, the production of the 997.1 named Porsche 911 ended. In 2008, the model series underwent a facelift. In the Porsche 997.2, the air intakes and bumpers were changed and for the first time in the Porsche 911, the taillights, turn signals, brake lights and the daytime running and position light (parking light) in LED technology. Another innovation is the standard bi-xenon headlights and the optional cornering light. The all-wheel drive Carrera 4, Carrera 4S and Targa 4 and Targa 4S models now have a red bar between the taillights.

The Porsche 981 is the internal name for the third-generation Porsche Boxster / Cayman models built by Porsche. It was announced at the Geneva Motor Show on March 13, 2012, with sales beginning in early summer 2012. The 981 reflects the new design language of the 911 (991) and 918 and has revised engine and transmission specifications.

In 2011, the production of the first generation of the Porsche 991 started, and driving dynamics have been further improved compared to the previous model (997). The Porsche 991 had a wider track and about ten centimeters more wheelbase than the 997. Additionally the Porsche 911 (991) was also flatter than the previous model. In addition to the driving characteristics, the comfort inside had also improved significantly. The 991 was available either as a manual gearbox (7-speed) or with the so-called PDK transmission.

The Porsche 982 is the internal designation for the fourth generation of the Boxster/Cayman from Porsche. With the switch to a new turbocharged four-cylinder engine, the marketing name for the models was changed to Porsche 718, in reference to the Porsche 718 that won the race in the Targa Florio in 1959 and 1960. The name is intended to recall Porsche’s earlier racing successes with light vehicles such as the 718, which outmanoeuvred the competition with larger and more powerful engines.

In 2018, the Porsche 992 was presented at the LA Auto Show as a coupé and on 9 January 2019 as a convertible. Basically the 992 differs from the 991 only in details. Nevertheless, one of the most visually striking features is the continuous light band at the rear. With the Porsche 992, Porsche is already starting the eighth generation of the Porsche 911. Compared to its predecessor, the Porsche 991, the 992 has been given a wider body. Nevertheless, the 992 is without doubt recognizable as the “Elfer” (911). As with the previous models, Porsche relies on the 6-cylinder boxer engine (water-cooled) located in the rear of the 992.

If you want to learn more about used Porsche cars, you can read extensive and specific details in our Elferspot Buyer’s guide: Elferspot – Buyer’s guide >>

If you are looking for used Porsche (911) for sale and would like further information, you can find more about Porsche here: Elferspot – Magazine >>