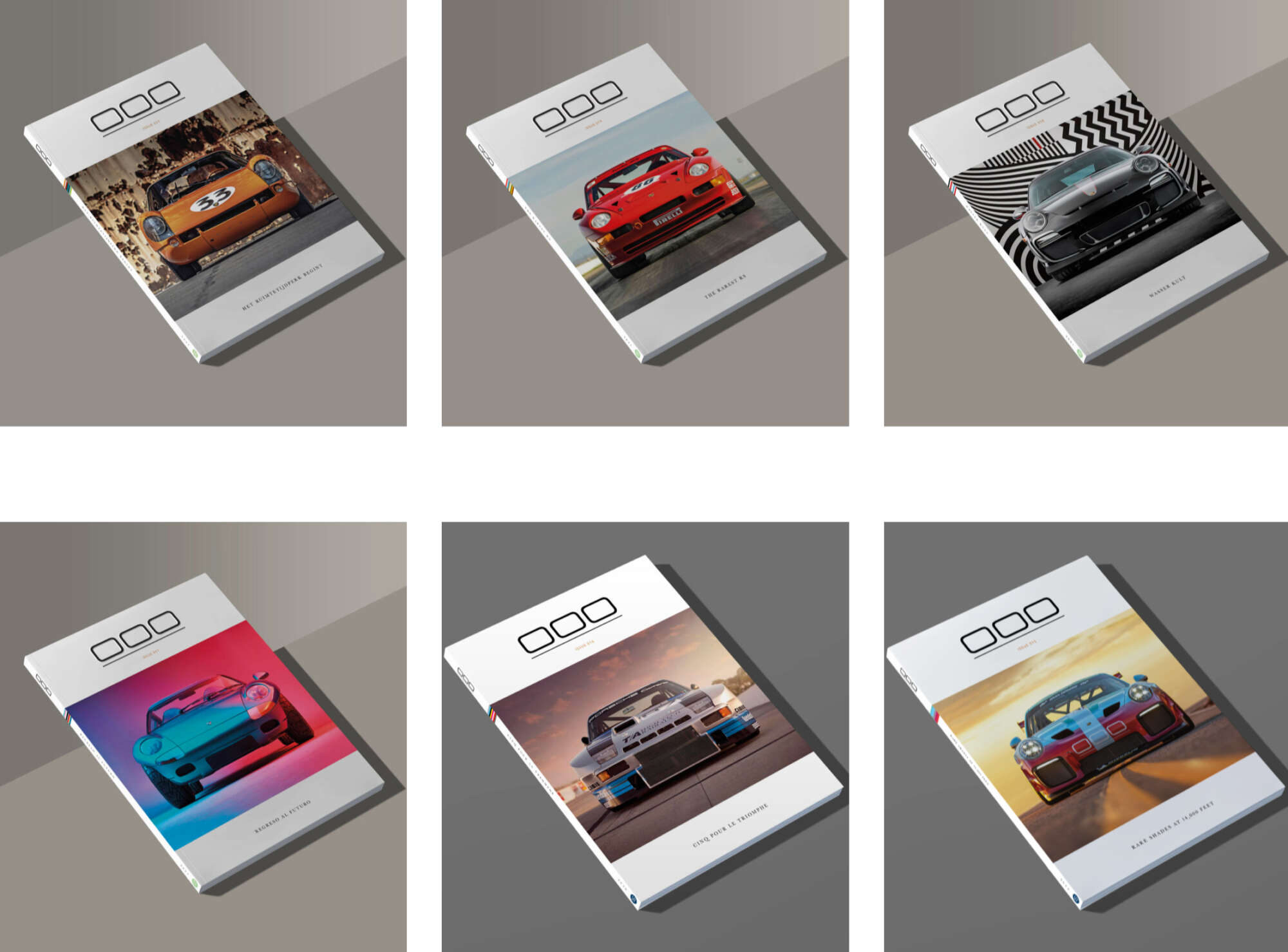 There was a time when there were few car magazines, and even fewer solely about Porsche. They were comprehensive and well researched, with hardly any advertising. Nowadays, magazines are less in-depth, a lot more superficial, and rarely offer more than one, maybe two hours of reading pleasure. The 000 Magazine (Triple Zero) swims exactly against this current and surpasses the quality of even a lot of expensive books by far!

Since winter 2017, one of the 260-page issues of 000 Magazine has been published every quarter. The name has its origins in the Porsche Code, by the way. Triple Zero is an allusion to the Porsche naming convention with three digits. At the same time, it symbolizes that Triple Zero Magazine is not only about 911s, but covers Porsche in its entirety. Whether it’s the 911 F model, 964, Transaxle, Cayenne or Taycan, there’s something for everyone in 000 Magazine.

In a world where media is becoming cheaper and simpler, 000 is a haven where timelessness is valued more than timeliness.

At the same time, the designation is also meant as a promise to devote time Porsche’s history from its origins. Correctly, issue 000 started with the prototypes. The reappraisal is done with a great deal of depth, peppered with historical drawings and insanely beautiful photos. This level of detail is also an ode to the Porsche company itself. What started out as a small manufacture with plenty of idiosyncrasies, has evolved over the decades, pursuing engineering perfection and (at least to us mere mortals) already reached it. 000 Magazine’s claim to quality is amply underpinned by the 220-gram paper and the resulting one-and-a-half kilogram(!) live weight.

An art magazine with Porsches instead of an artistic car magazine

These facts make clear that 000 Magazine is not your typical car magazine. Its creators themselves, Pete Stout and Alex Palevsky, call it an art magazine with Porsches. But the content is by no means profound. They are cleanly researched articles, often written with the support of contemporary witnesses or the Porsche Museum itself. The production is incredibly elaborate, and as a connoisseur you notice that immediately. You get the impression, that the partly exclusive photographs are easily worth the money for every issue.

Of course, you can’t get a magazine like this for 5.99 euros at the newsstand around the corner. That’s why we also offer this good piece of fireplace literature in the Elferspot Shop. The 75.00 euros per issue is money well spent on a wonderful, in-depth time-out about our favorite carmaker. 000 Magazine offers stories worth reading for a few evenings. Preferably completely offline, without any notifications from your smartphone and no distractions. Only then can you really grasp the work and dedication behind every single issue, every story in 000 Magazine. 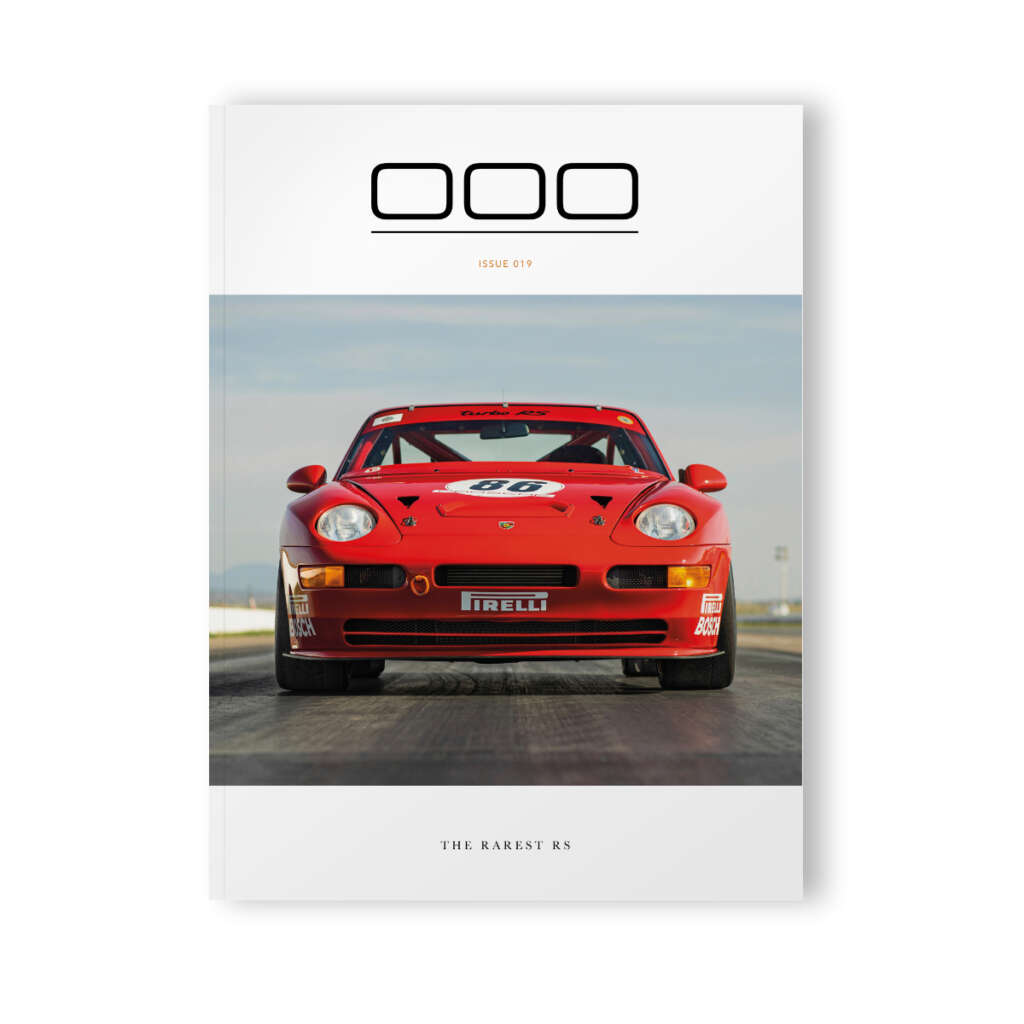 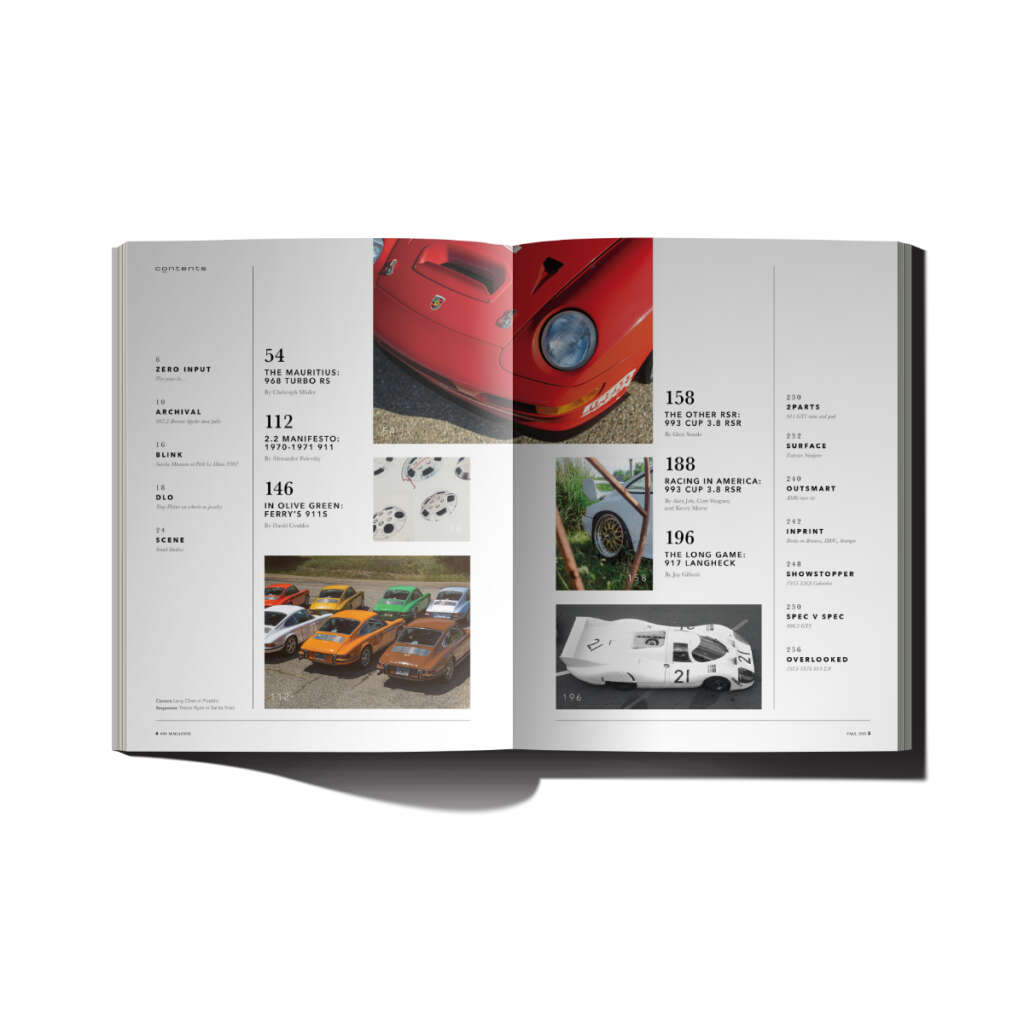