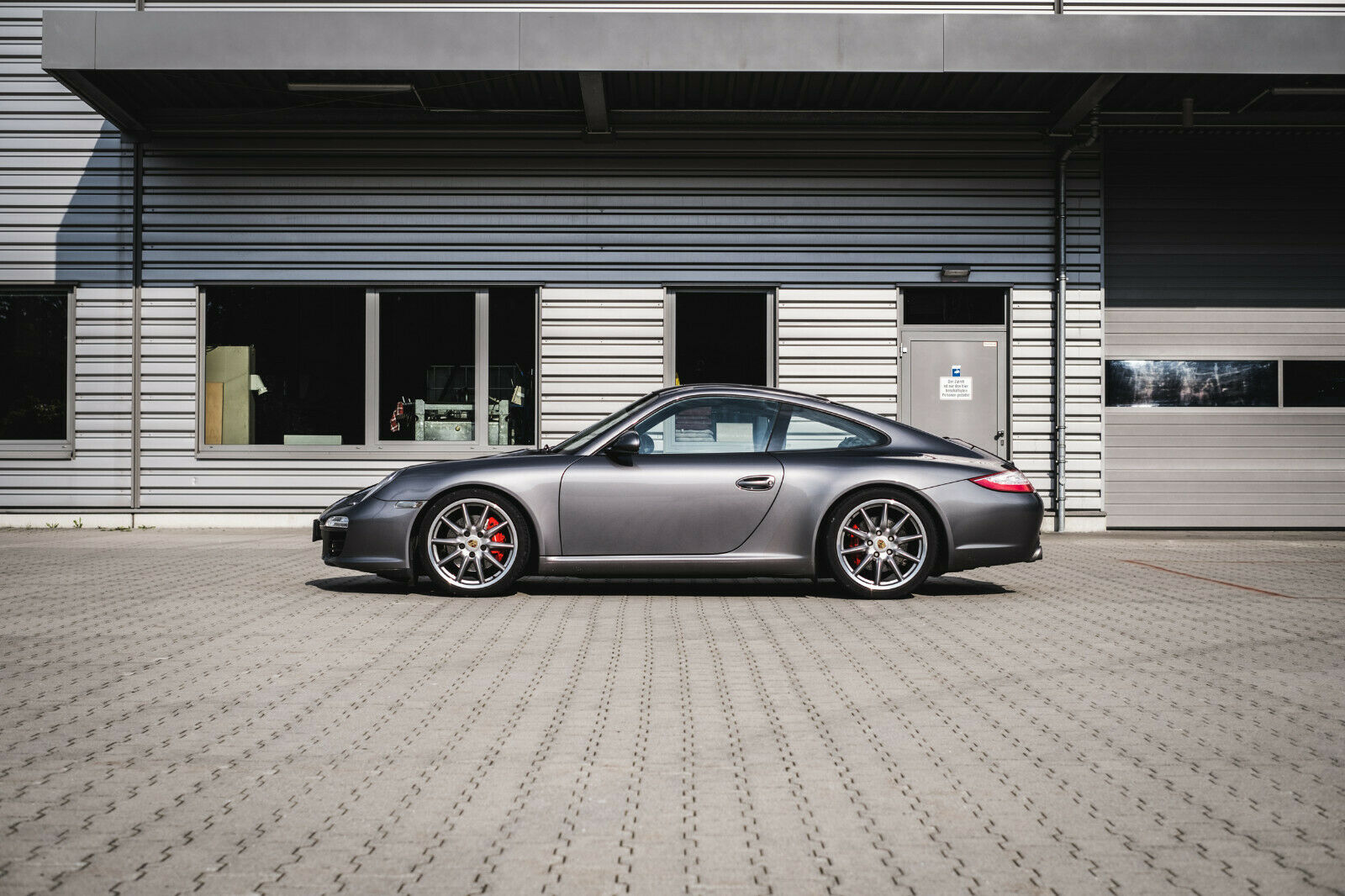 More than a decade has passed since Porsche 997.2’s Carrera’s end of production. This was the facelifted, sixth-generation 911, which has been redesigned for the 2008 model year. Reason enough to give you a closer look at this pearl among the used 911s in this buyer’s guide. As the Porsche 997.1 was still technically equipped with many borrowings from the 996, the 997.2 was a big step within its generation. What exactly Porsche has done differently with the 997.2 and what are its problems?

As for the predecessor, there was a choice between coupe, convertible and Targa. The respective advantages have already been exhaustively outlined elsewhere. The visual changes were subtle but noticeable. Its front was adorned with a redesigned bumper. Bi-xenon headlights were standard for the second gen 997. For an additional charge, there were even cornering lights. At the rear, LEDs were used in the taillights, turn signals and so on. The styling element of the continuous light band, last used on the 996 Carrera 4S, was also back. From then on, this adorned all all-wheel-drive models, for which the wide body was reserved even after the facelift. In contrast to the 997.1, the optional sports exhaust system on the 997.2 had four equally sized tailpipes.

But it really got exciting under the pretty body. To put it bluntly, the engine was completely redesigned. The engines of the M97 family were replaced by the MA1 DFI engines. This means a shorter stroke, direct injection, higher compression, more revs and more power. But the direct injection in particular came at the expense of the sound somewhat. The engine itself was positioned 10 mm lower, which made for better handling. In addition to the classic 6-speed manual transmission, the 997.2 had Porsche’s PDK dual-clutch transmission on board for the first time. In combination with the new engines, this brought up to 0.4 seconds faster acceleration from 0-62 mph and nearly 10% better fuel economy. Since then, the PDK has been a real alternative to the manual gearbox, even for the purists.

There are also differences between the 997.1 and 997.2 in the interior

In keeping with the zeitgeist of the time, a touchscreen found its way into the center console for the first time. The new Porsche Communication Management (PCM) was now standard equipment. Its 6.5″ display replaced the somewhat aging PCM 2, which was first used in the 996. However, sat nav and mobile phone connectivity, were optional extras. Of course, its resolution isn’t up to date anymore, but the screen is still sufficiently responsive. If the GPS signal is inconsistent or incorrect, in the worst case, you’ve got to change the windshield. Porsche has also tweaked the Mk 2 997’s air con control panel a bit. Important for second-hand buyers: The soft-lacquer buttons have become more durable after the facelift, but they are still susceptible. Replacements are available inexpensively from overseas. Also new in the equipment list was the Sport Design steering wheel with the chic high-gloss clips.

What should you look out for, before buying a Porsche 997.2 Carrera (S)?

Let’s start with some common sense for once. Even the first Porsche 997.2s can still enjoy the Porsche Approved Warranty. The requirements for this are strict – among other things, completely stock condition, compliance with all inspection intervals at a Porsche service center, and passing the 111-point check at the Porsche Center. However, after 15 years of the vehicle’s life, this is the end of the line. In concrete terms, this means that from 2023 the first 997.2 Carrera (S) will no longer be covered by the Approved Warranty. This is certainly not a disaster, but it should not be forgotten in the overall picture. The Approved also gives at least the certainty that the car was not over-revved without sense and reason. Vehicles with too much over-revving do not even receive the warranty.

It can be said that the engines are known for their reliability. Especially compared to the M97, there is relatively little collateral damage. However, you should keep an eye on the oil consumption and even more on the engine case for leaks. As usual, the rear main seal is often the cause of damp engine undersides. Replacing it costs four figures and is a classic case of “while you’re at it”. Because, while you’re at it, the clutch and flywheel should also be replaced, once engine and gearbox are split. Special attention should also be paid to the exhaust system. Even on the 997.2 generation Porsche 911, the brown plague still likes to infest clamps and manifold flanges. This is why many of these 911s no longer have their original exhaust system underneath. If an appropriately high-quality replacement system is installed, however, this need not be a disadvantage.

The first gen PDK is reliable, but a bit weird to use at times

An important piece if consumer advice in advance: If you like to drive faster and want a PDK, we highly recommend a model with Sport Chrono. Otherwise, the car does not have Sport+ mode. This results in slower gearshifts and 0.2 seconds slower 0-62 mph times. It is possible to retrofit it, but then you have to be prepared for sensitive costs. Without sport mode, it also doesn’t hold the gears long enough in high rpm ranges. This is due to fuel consumption optimization. On the other hand, Sport Chrono does not play a major role in the manual 997.2’s performance.

The Porsche 997.2 Carrera (S) is basically a solid and stable value vehicle. Contrary to popular opinion, however, the sixth 911 generation also has its weaknesses. These are less threatening than in its predecessors, but that doesn’t make it a discount 911 by any means.

The PDK shifts somewhat jerkily now and then. Porsche made several software updates for this. The dual-clutch transmission also benefits from a shortening of the specified oil change intervals. Porsche specifies 12 years/180,000 km, but it makes sense to do this change together with the clutch oil change due every 6 years/120,000 km. The transmissions are robust across the board, even if the shifter is sometimes reluctant to engage first gear when the oil is not yet at operating temperature.

It’s little things that give Porsche 997.2 drivers a headache

On the front end, look for classic 911 issues like leaves and dirt on the A/C condenser/water cooler and repainted body panels. But the chassis also needs attention. The shock absorbers should be looked at very closely. Rust and leaks are not uncommon. There are also frequent reports of wishbones and strut bearings that do not last very long. Attention should also be paid to the coolant lines. These consist of many individual parts and different materials. Clearly, more connections also mean more potential leaks, especially in cars driven all year round.

Rattling heat shields, defective camshaft positioning sensors and fogged taillights can occur now and then. Check engines lights and fault codes related to the lambda sensors should also not be taken lightly. The parts themselves aren’t cheap and they are difficult to replace, as the threads tend to seize up. If you wait too long to replace them, you also risk damaging your catalytic converter. Apart from that, there is the constant issue of the “greasy” sealing lip on the side windows which leaves water stains and rattling or creaking in the interior.

A good Porsche 997.2 Carrera (S) easily costs about 15,000 Euros more than its predecessor

The revised version of the Porsche 997 has its price. That’s not surprising when you look at the extensive technical changes. On average, you have to spend 15,000 Euros more for a Porsche 997.2 Carrera (S) than for its predecessor. In return, you get a more reliable, more modern engine and closer proximity to the 991 than to the 996. We will deliberately not discuss special models like the Carrera GTS or Black Edition here. They are too different in terms of equipment and price structure.

However, the price difference is not only due to technical progress. The production numbers also have a certain influence. There were simply more than twice as many 997.1s. 15,146 Carrera and 35,570 Carrera S models in the 997.2 compare to 34,401 Carrera and 73,496 Carrera S models before the facelift. (For simplicity, rear-wheel drive, all-wheel drive and Targa models have each been combined).

It’s no coincidence that the Porsche 997 is so popular, especially in its later iteration. It has long-running qualities without coming across as too soft. By the way, it is the last 911 with hydraulic power steering. Especially as a rear-wheel-drive manual, it combines everything you want from a future classic: dependable mechanicals, timeless interior, great performance with moderate fuel consumption, and great reliability. 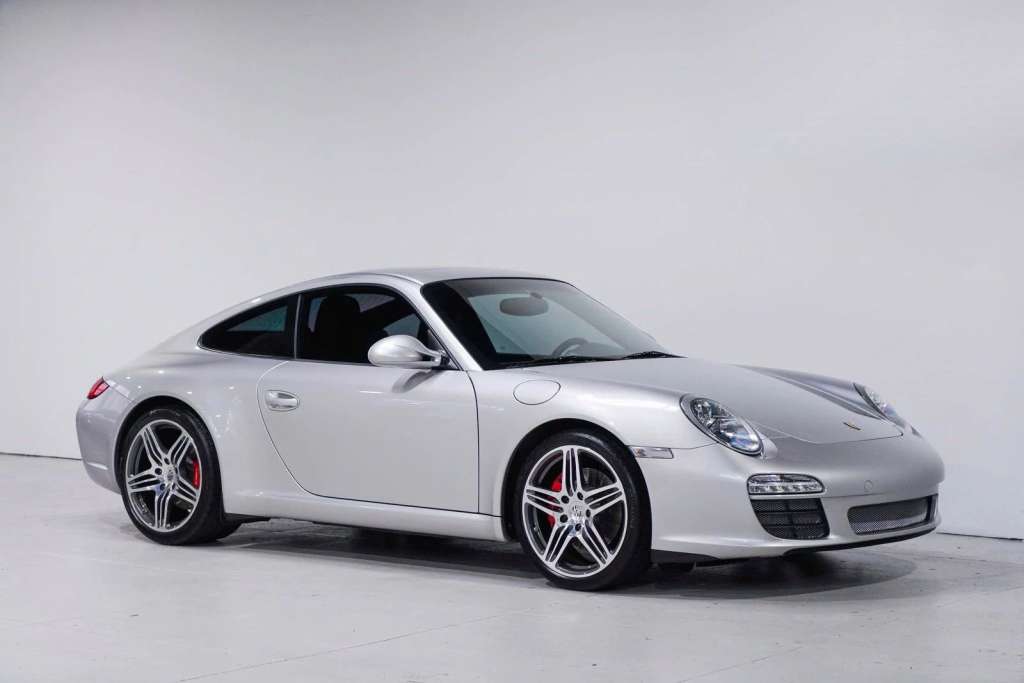 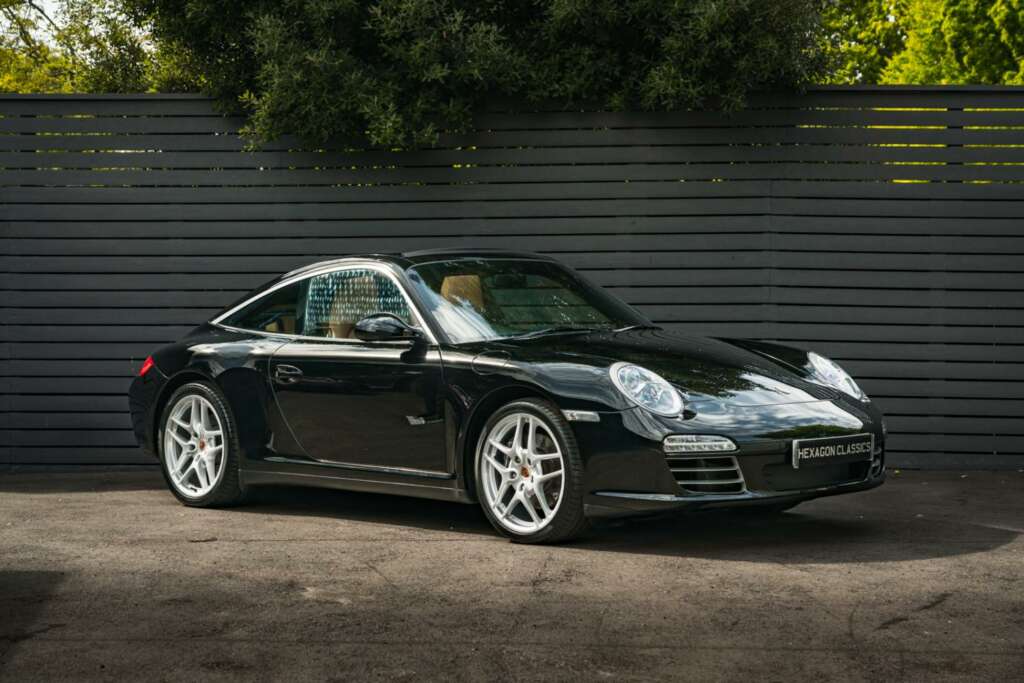