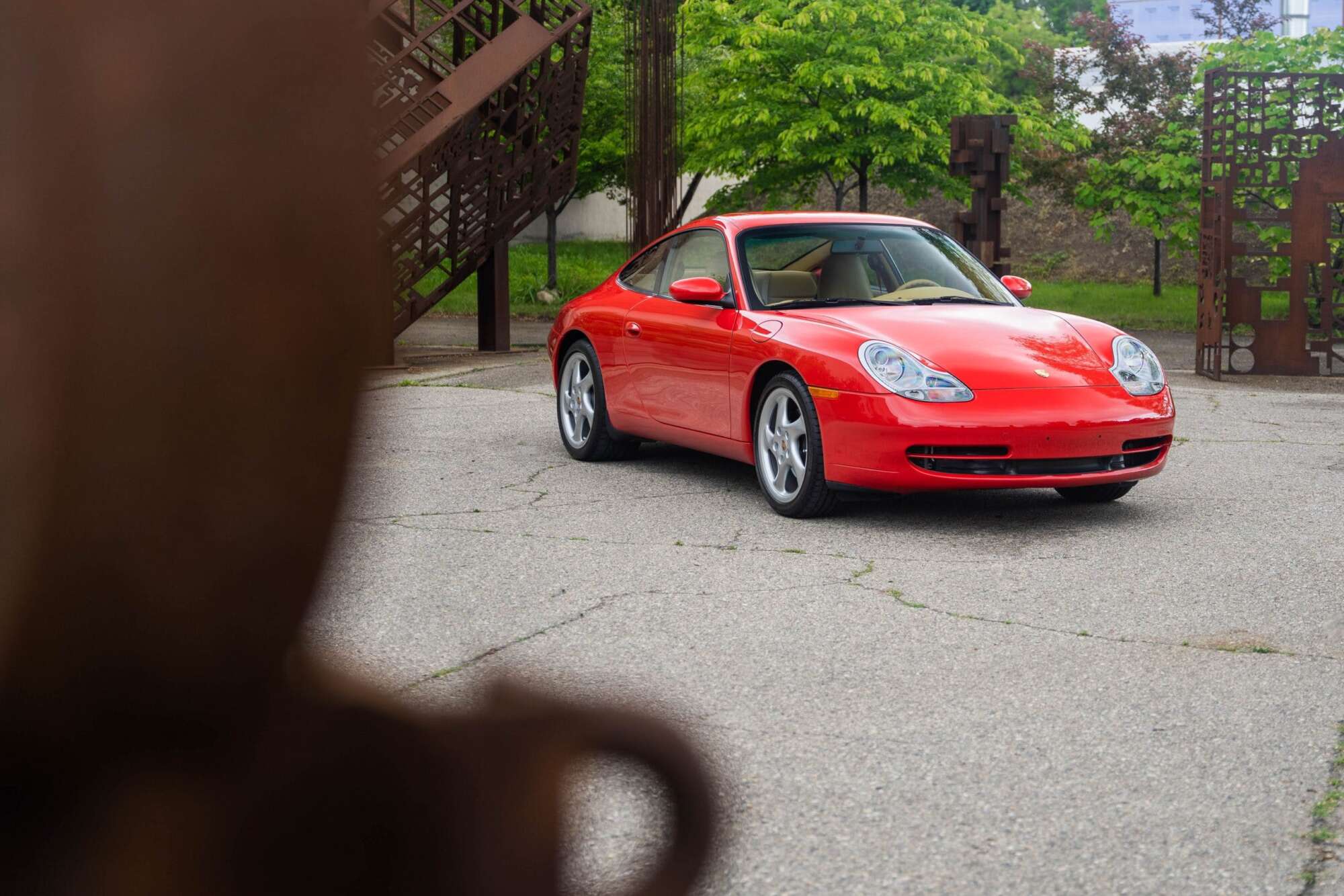 Not long ago, the Porsche 996 was considered the ugly duckling of the 911 family. In the second half of the 2010s, it experienced what many of its air-cooled ancestors also went through at the beginning of the millennium. Prices for Porsche’s first water-cooled 911 had bottomed out. At prices well below 20,000 Euros, 996 Carreras still were more of a shelf warmer than a box-office hit. But could it be, that the 996 will be THE car to buy in the 2022 Porsche world?

It may sound ridiculous, but there were times when the Porsche 996 was not much in demand as a used car. Two financial crises shortly after the end of production caused prices to plummet. And that didn’t just affect the Carrera either. Even for the 996 GT3 there was so little demand that potential buyers didn’t even have to invest 40,000 Euros for a good one.

Certainly, this also had something to do with the somewhat infamous design and reliability issues with the M96 engines at the time. But over the years, the 996 has become a real alternative. The independent looks at the front have long since been forgiven. You could say, it has aged very well. Harm Lagaay’s S-swing has found its very own fans over time.

Whereas die-hard aircooled enthusiasts would probably have turned up their noses at a Porsche meeting ten years ago, the 996 is now socially acceptable again. And even the biggest advocates of the good old pre-996 era have to admit, that it is a more uncomplicated companion than its ancestors. Both technically and in terms of driving.

The first Carrera 3.4s will already turn 25 years old in 2022. Even the very last 996s would theoretically be allowed to drink legally next year. Just kidding. Naturally, vehicles tend to become more expensive after 20 years. This effect is even more pronounced in the case of the Porsche 996. The boom in air-cooled 911s in the mid-2010s suddenly made them “the next big thing”.

Looking at the price development since 2015, we are talking about up to 50% growth for the Carrera! You now have to pay around 30,000 Euros for a decent one. The price increase for the GT3 is even more extreme. As recently as 2017, 996 GT3s could be had for less than 50,000 Euros. That means, prices for the first water-cooled homologation model have roughly doubled in the past five years!

The situation is somewhat different with the Porsche 996 Carrera 4S. For a long time, it was considered the most desirable of the first water-cooled 911s. That’s why its price never dropped below 35,000 Euros, and even tended to be closer to 40,000 Euros. But while the narrower models have increased significantly, the 4S, despite its adorable hip swing, hasn’t seen much upward movement. Even in 2022, you can still find a nice 996 Carrera 4S below 40 grand. Amazingly, the same tendency is true for the 996 Turbo and GT2. The price level is relatively stable, starting at around 50,000 and 110,000 Euros respectively. Of course, there are outliers upwards, but the structure is consistent in itself.

What does that tell us now? 996 Carreras may still be the low-priced entry-level 911s, but its prices already increased dramatically, especially in 2020 and 2021. A glance at the Elferspot glass ball reveals, that it could continue to do so in 2022. One reason for this is simply that – with the exception of the GT models – there will be no more supply of naturally aspirated 911s. The simple, enjoyable Carrera has found a special place in a world full of speed limits and speed traps. Especially since the children of the ’90s are now economically able to purchase their dream car of yesteryear.

It is pretty likely, that the Porsche 996 Carrera 4S will remain primus inter pares in the future. However, since there are no huge technical differences to the narrow body Carreras, it’s possible, that both will continue to converge in price. In any case, we wouldn’t be surprised if the 996 Carrera, regardless of whether it’s the 3.4 or 3.6, continues to grow in value in 2022. Especially since prices for well-maintained 997s haven’t exactly slowed down either. The GT3 will certainly continue to climb, while the Turbo and GT2 are unlikely to make huge leaps.

It’s no longer news that the Porsche 996 is one of the absolute price-performance winners in the Porsche world. But its “entry-level” model is unlikely to remain affordable for too long. The foreseeable demise of the internal combustion engine in everyday use continues to fuel the price spiral. Our advice? Buy one while the opportunity is still relatively cheap.