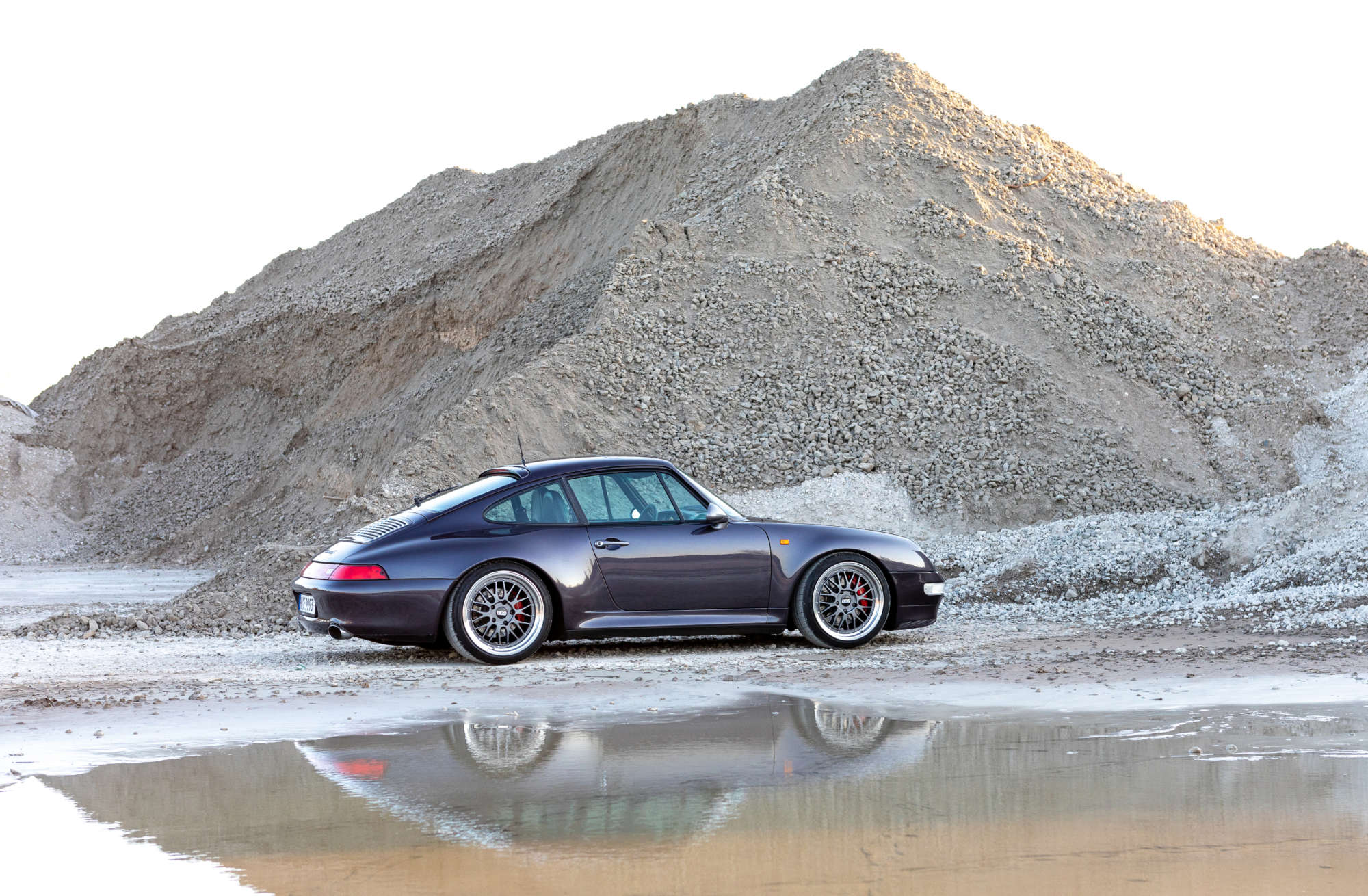 We at Elferspot Magazine are always looking for interesting, exciting or even unusual Porsche stories. We are particularly interested in the people behind the wheel, who with love and passion make these cars their personal treasures. The world wide web and social media platforms offer a wonderful playground to get in touch with interesting personalities. This time we had the opportunity to talk to Thomas Escher from Hamburg. Thomas drives a beautiful Porsche 993 Carrera S in the special color Vesuvio Metallic 40W.

Hello, Thomas. I’m glad you’ve taken the time to talk. We met through Instagram and I would describe you as a total car freak. Are you contradicting me on this?

Absolutely – everyone who knows me would agree. My first spoken word, according to my parents, was “car”, which runs like a red thread through my life. Everything that has wheels and engines arouses my interest. For me, cars are an expression of freedom and joie de vivre – in other words, they are lucky capsules in which you can escape from everyday life for a moment. Fortunately, I share this passion with my friends. So the subject of cars has a lot to offer, of course, which connects people and gives them a reason to meet and have a good time together. That’s why I like to refer to my 993 as my “Happiness Machine”. 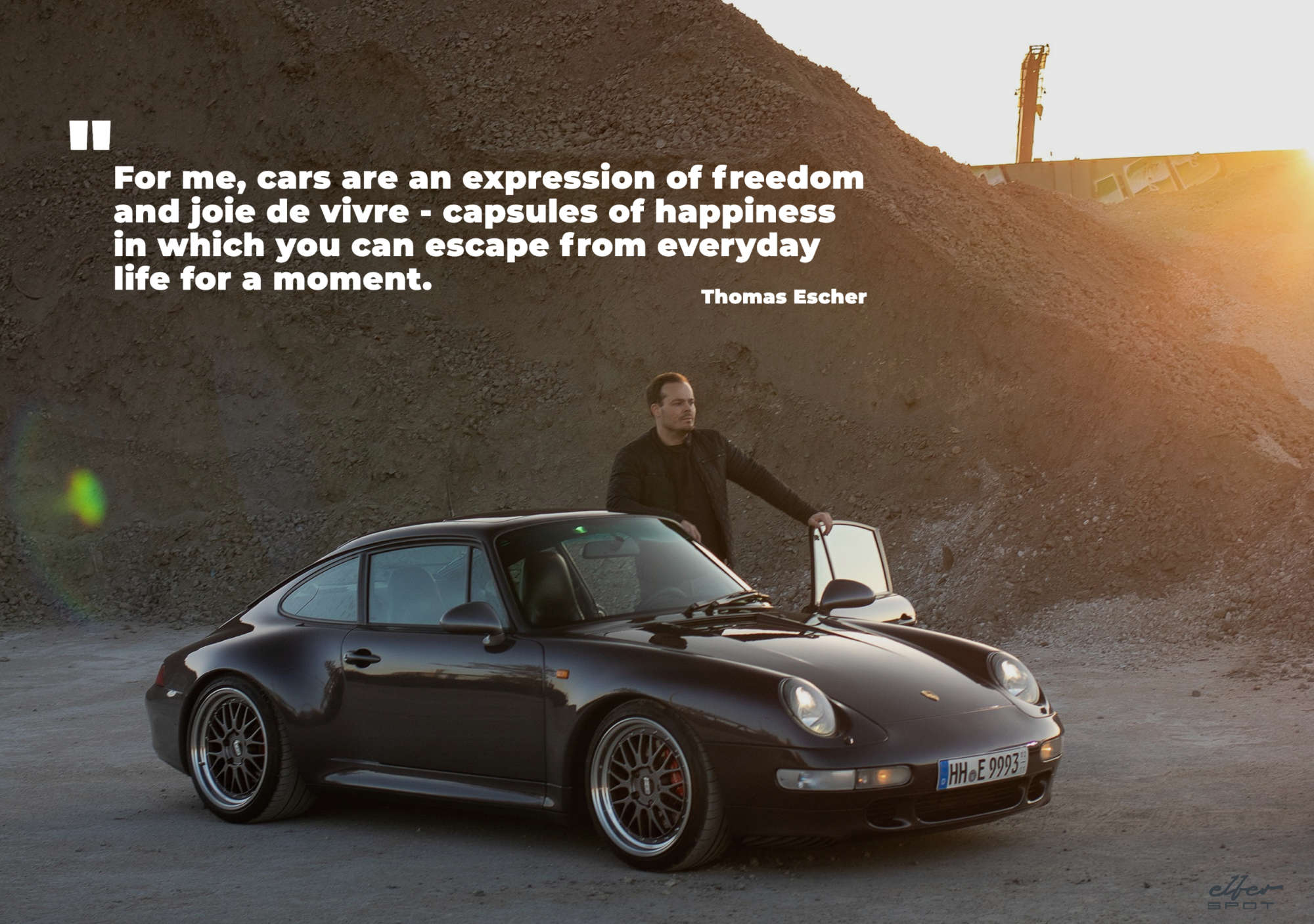 What is there to say about you as a person? Who are you?

I was born in 1977, work as Sales Director in IT Security and come from the most beautiful city in Germany: Hamburg. Wonderful to live in, but Hamburg is not exactly the Mecca of automotive driving pleasure. You have to look for winding country roads in the surrounding area with a magnifying glass (they really do exist…), but for that we have the harbour, where car enthusiasts meet practically every day in the most beautiful places for a sundowner together. One day I drove with a friend to the Nürburgring. At that time I had a BMW Z4 (E85). We prepared ourselves conscientiously, studied the ideal line again and again and then practiced in the simulator on the PC.

I will never forget the moment when the barrier of the driveway in front of me opened for the first time and I took the asphalt of this perhaps most legendary race track ever under my wheels. There was a lot of awe and respect involved – especially the latter is still helpful today, if you don’t want to turn your car into a lump of scrap metal: the track hardly forgives driving errors.

It soon became clear that the Nordschleife had me under its spell. It didn’t take long either, and in summer 2011 I switched from the Z4 to a BMW M3 (E92), the last “real” one, with the ingenious high-rev V8-suction, which turns up to almost 8,500 rpm. Much to the chagrin of my wife – she loved the M3 as it was – I converted the car to race track operation two years later with the help of a befriended engine manufacturer without compromise. With consistent lightweight construction and many motorsport genes, the car became a – sorry – real Porsche hunter on the Nordschleife and is still in use with me today. My Instagram Nick is also derived from this: @Greenhellracing Now you own this wonderful 993 Carrera S. How did this acquisition come about and why exactly the 993?

After I could no longer drive the M3 in everyday life, I was quickly missing the driving fun machine. At this time I had already changed mentally to the Porsche scene. First I looked for a motorway racer to replace my 330d. The sales contract for a 991.1 Turbo S was actually ready to be signed, but then I just remembered. The Turbo is an ingenious car and practically unbeatable as a GT, but it would probably not have given me enough emotions. And actually I wanted the 991 GT3 anyway.

Almost by accident I stumbled over the 993 Vesuvio. It was love at first sight!

But when a buddy let me drive his (driving dynamics optimized) 911 G-model, it was immediately clear: I must have an air-cooled Porsche 911. I couldn’t escape the charm and emotions of this analog machine. But which incarnation would be the right one for me? I particularly like the WTL Carrera models. The specifications also included a naturally aspirated engine and rear-wheel drive. This meant that the Porsche 964, which was initially being considered for the WTL anniversary edition, was unfortunately eliminated from the list, as it has four-wheel drive. Almost by accident I stumbled over the 993 Vesuvio. It was love at first sight! The previous owner had already installed the timeless BBS wheels and the brake of the turbo, how could I say no? 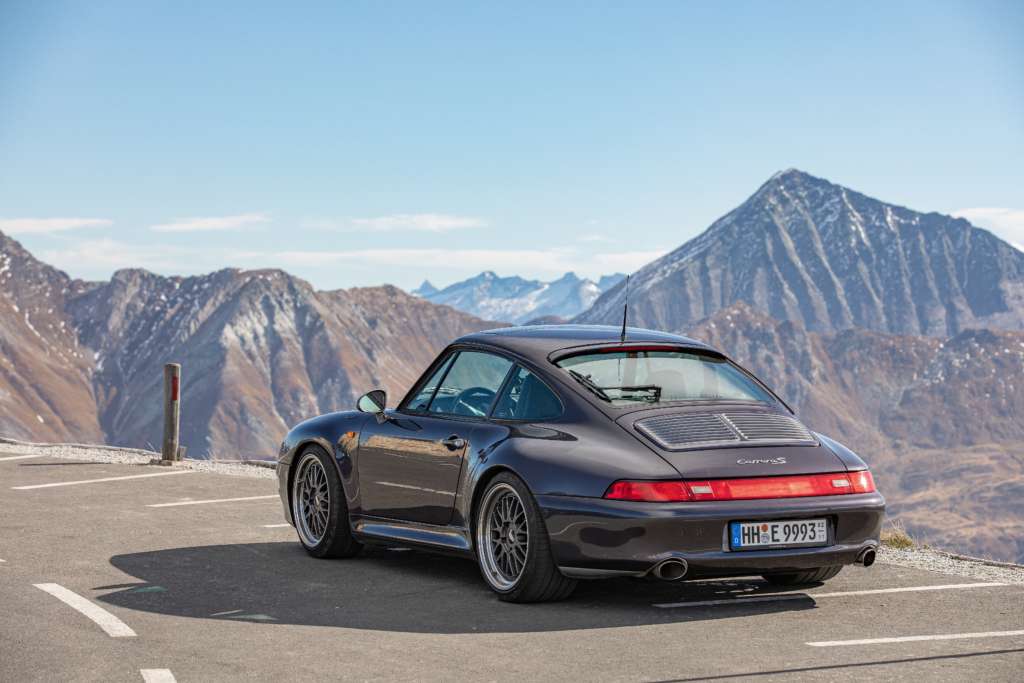 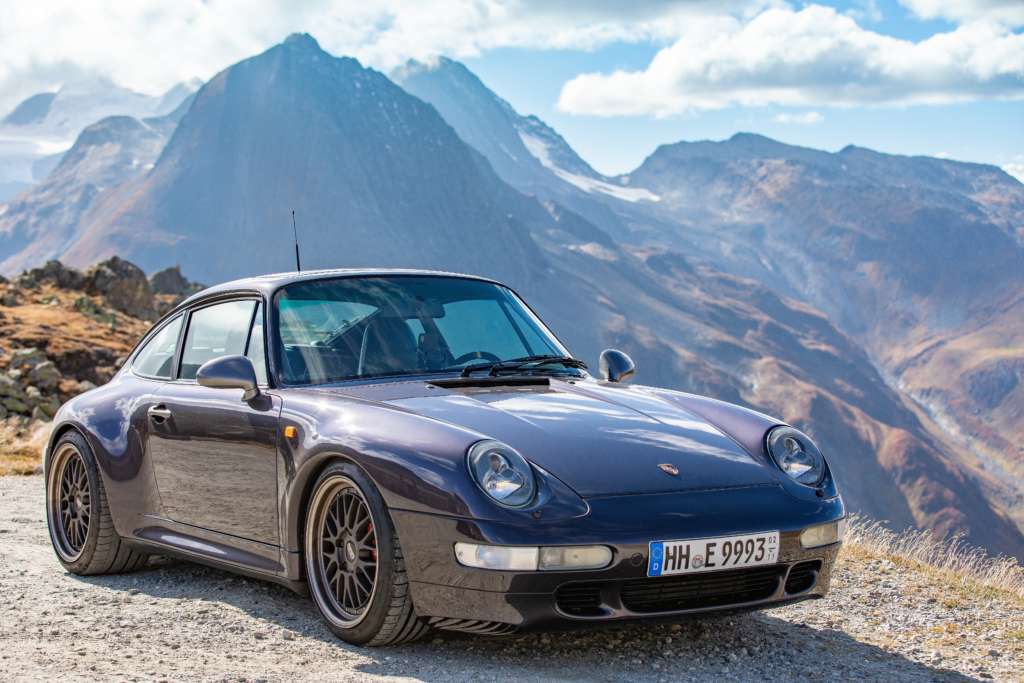 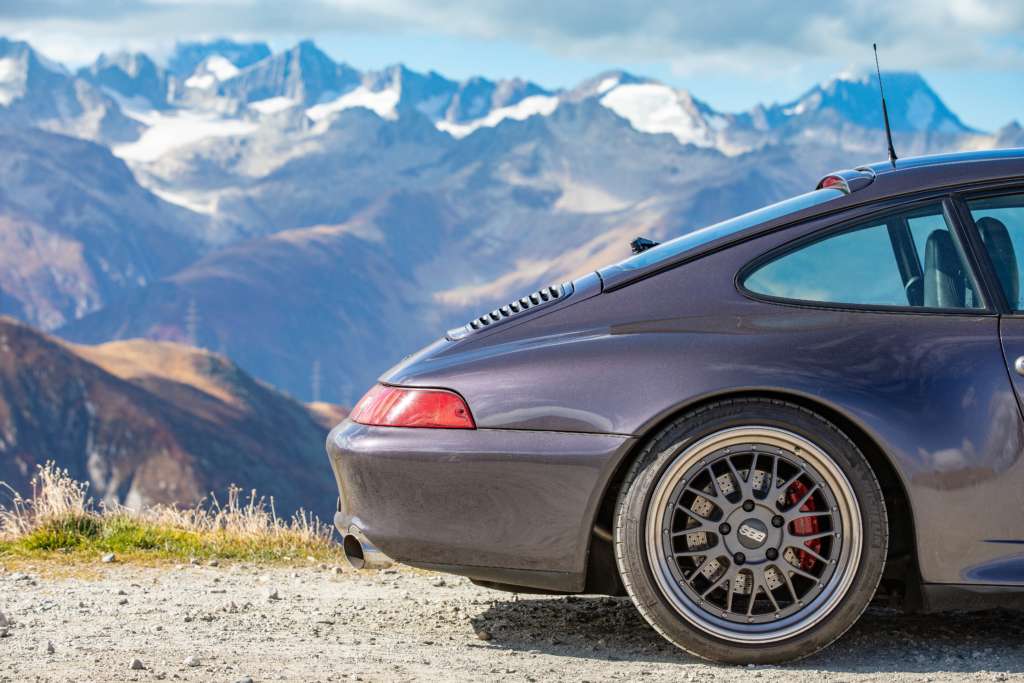 Many Porsche 993s out there are either black or silver? You picked a specific color. Why?

It was chance that was kind to me. My 993 has the original “Vesuvio Metallic” paint scheme. Besides the special colour the car has got some nice accents like the silver painted mirrors, handles and the split air intake on the rear spoiler. Nothing against black or silver 911s, but this colour is simply an eye-catcher.

How often do you ride your Porsche 993?

It’s my Daily Driver. Cars are for driving, especially if they’re a Porsche. I still have a current BMW 5 series for long distance or trips with the dog, but apart from that I drive almost all tracks with the Porsche during the season. I don’t treat the Porsche 993 with kid gloves either. It is a driving machine. It wants to be moved. It’s important to me that everything is always top technically. I don’t do things by halves – but when the oil is at operating temperature and the traffic allows it, I enthusiastically convert fossil fuel into heat.

My personal highlights are extensive alpine tours, even at the beginning of autumn, when the roads are already empty, the foliage becomes more colourful and you can have an alpine pass all to yourself.

The personal highlights are extensive alpine tours, even at the beginning of autumn, when the roads are already empty, the foliage becomes more colourful and you can have a pass all to yourself. My 993 has probably already taken each of the well-known passes under its wheels (several times). It has travelled the Route des Grandes Alpes as far as the Mediterranean Sea, has brought me safely to Lake Garda for a pizza after a day full of bends, or to Kaiserschmarren dessert on the Großglockner High Alpine Road. There are more than 3.500km to be covered in a few days. And I enjoy every kilometer of it, they are perhaps the most beautiful days of the year for me. Did you work on your Porsche 993 or is it original?

A few things have already been optimized in terms of driving pleasure. I have already mentioned BBS wheels and turbo brakes, and then I added a BILSTEIN PSS10, momo steering wheel, shortened shift travel, single-mass flywheel, 200-cell catalytic converter and an exhaust system optimised by Dieter Weiß. In other words, everything that can easily be brought back to the series production status.

If you could choose another 911, which one is at the top of your wish list?

I was thinking of a 911 backdate project. There are some incredibly sexy variations. But since I already have an air-cooled 911 with my 993, it would be the Porsche 991.2 GT3 in red with Clubsport package. What’s not to love about a four liter naturally aspirated engine that goes 9,000 rpm? The package is almost unbeatable for everyday use, the trip to the race track, plus the looks. The car ticks all the boxes for me. 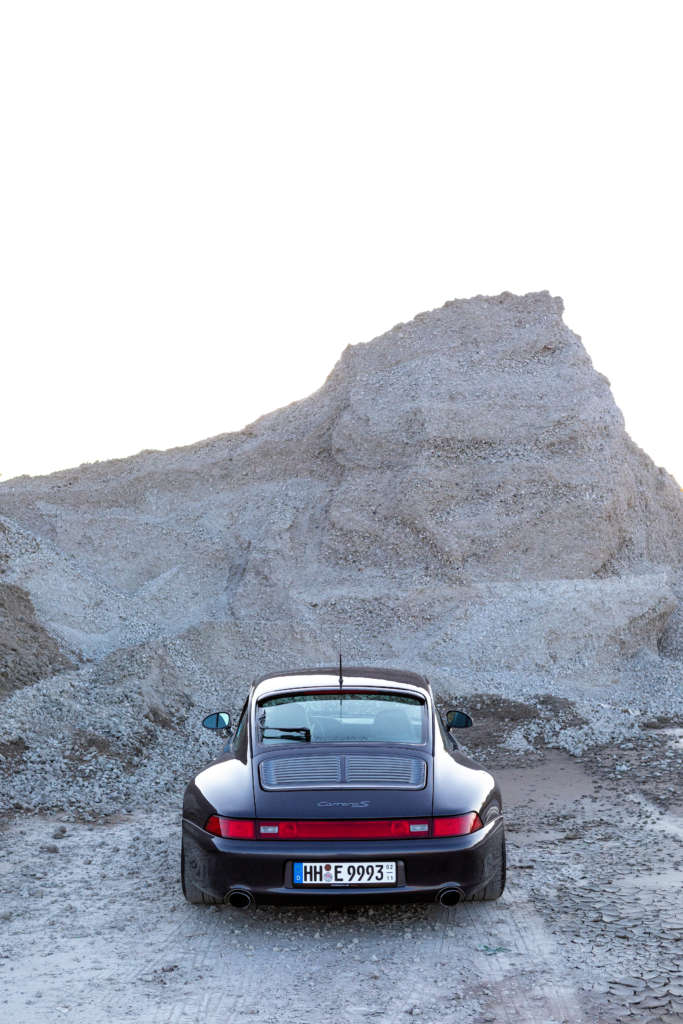 Can you basically recommend the Porsche 993 Carrera S and for which type of Porsche driver do you think it suits best?

Absolutely, yes! The car is very mature and especially with a modern chassis it drives great. But due to the lack of electronic assistants (fortunately!) – apart from the ABS – you should have some driving experience, especially in the wet. If you’re looking for an air-cooled, agile driving machine from Zuffenhausen, the 993 is the right choice. The technology is also solid and there are many very competent workshops. So, you don’t necessarily have to go to Porsche Service. Nevertheless, it remains an older car: a little pocket money for maintenance and upkeep should already be under your pillow.

If you are looking for an air-cooled, agile driving machine from Zuffenhausen, the Porsche 993 is the perfect choice. 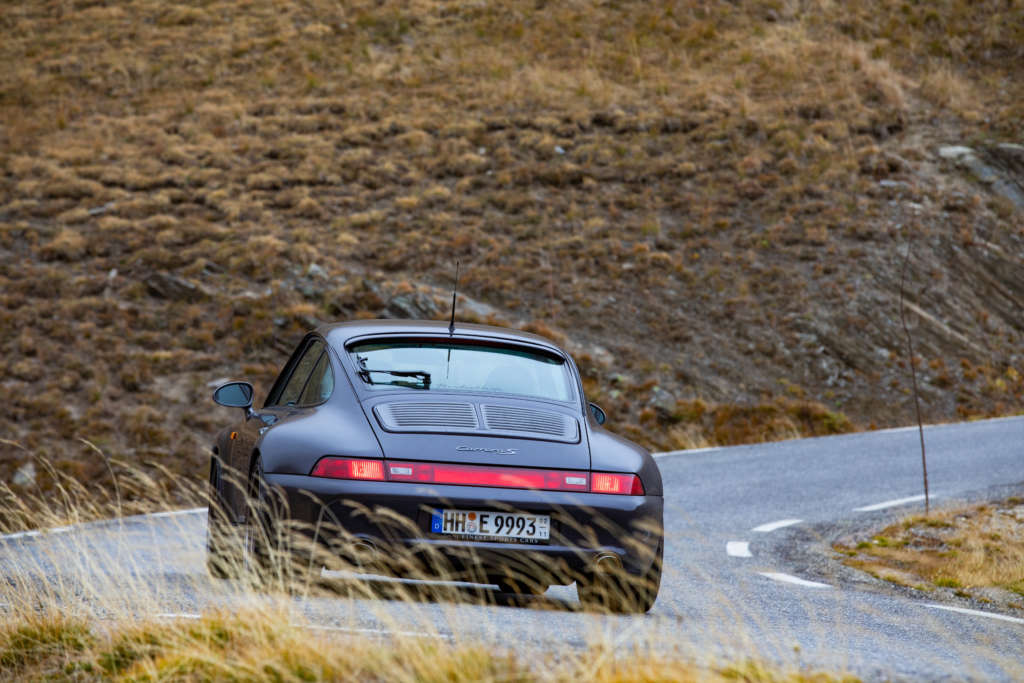 I have a divided relationship to electromobility. On the one hand, it is pleasant when there are fewer stinking diesels on the roads and they cause acoustic nuisance. On the other hand, the technology does not (yet?) seem to me to be really “green” on the bottom line. Considering the circumstances under which various raw materials for the batteries are obtained for man and nature. In addition, the range is very limited and charging times are long. The Taycan would be a good choice for everyday use. Porsche has once again done a great job and set the standard. If I had to pay for the purchase myself, I would rather put the 991.2 GT3 to the 993 in the garage. With this one it works then also with the sound. 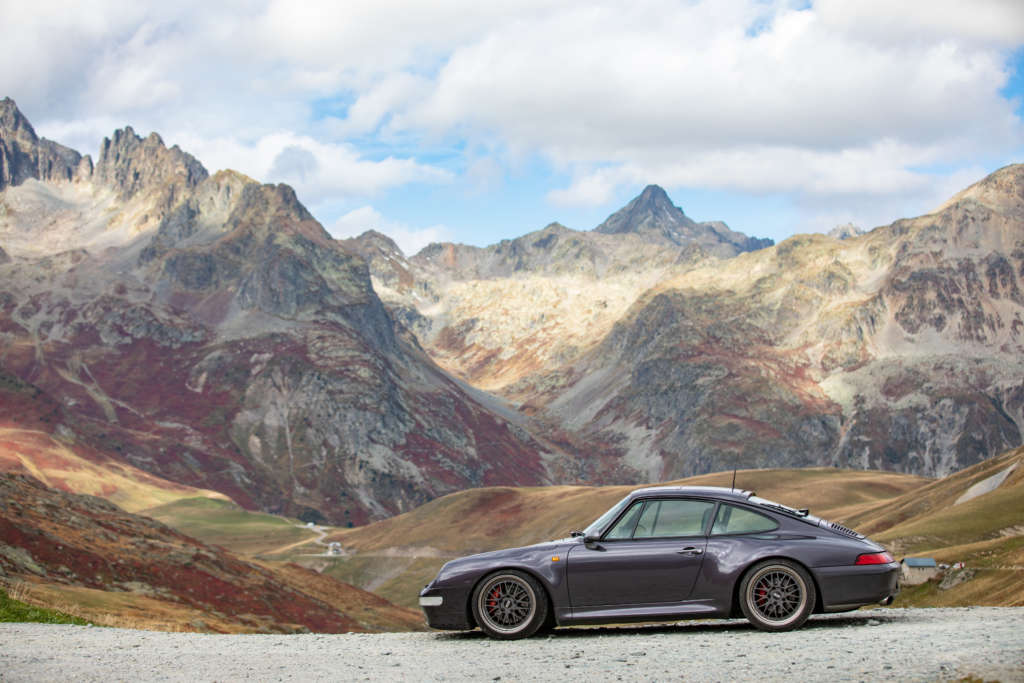 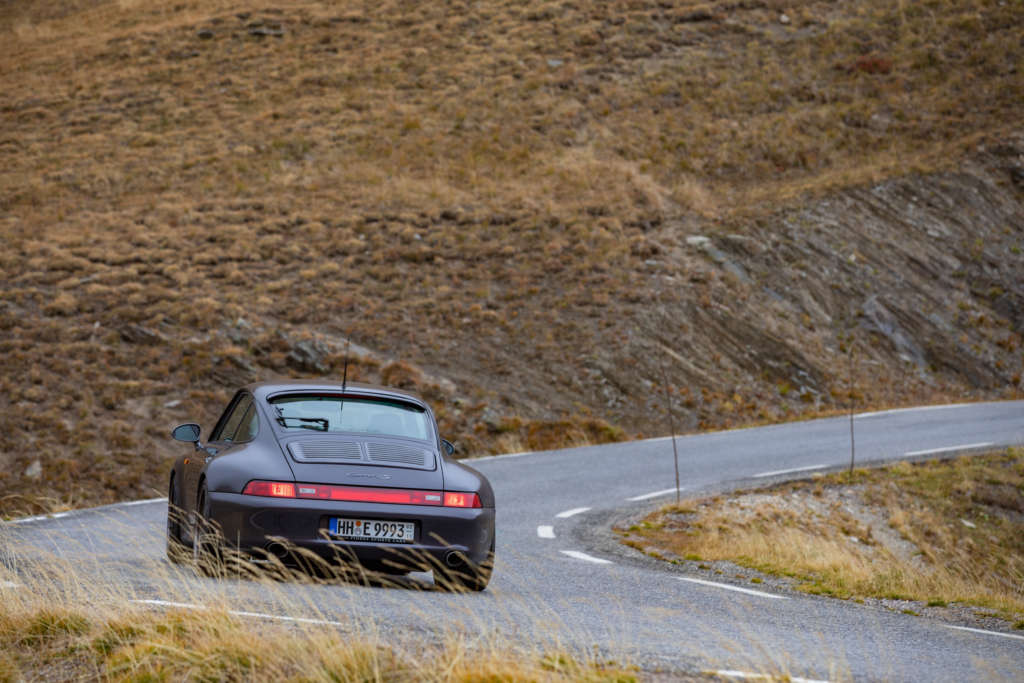 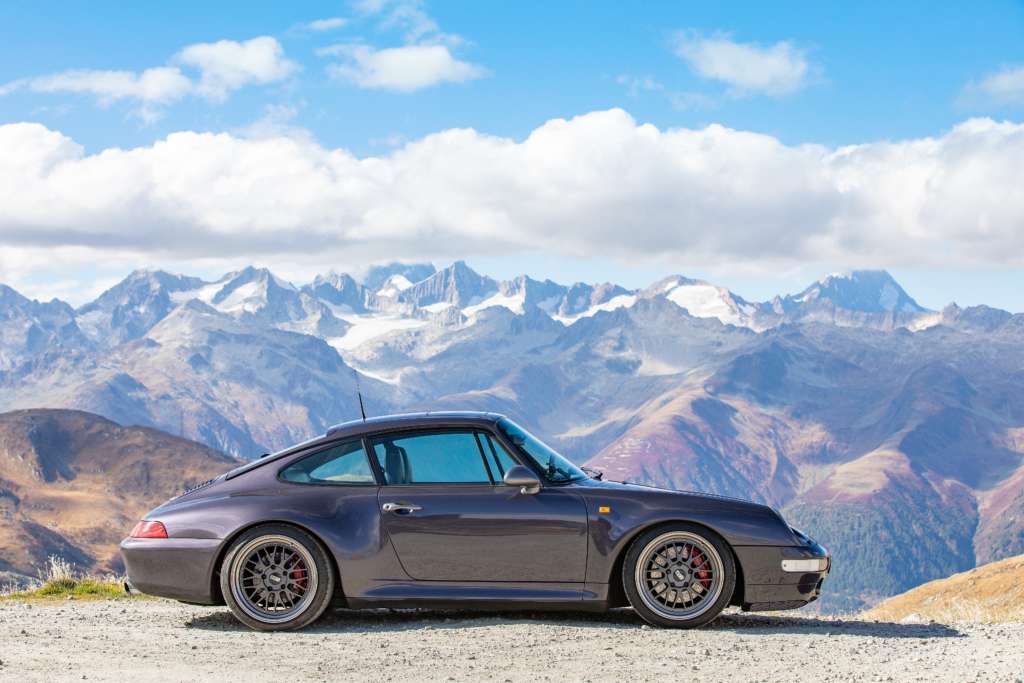 © Copyright for all photos: Thomas Escher