The question of faith between air and water cooling regularly divides the Porsche world. But in case of the 911 Turbo, the gulf doesn’t seem quite so deep. That’s why today we’re comparing the last air-cooled model, the Porsche 993 Turbo, with its water-cooled successor, the Porsche 996 Turbo. Our partner Michael Schnabl, founder of Motorlegenden recently offered an opportunity to directly compare these two beauties.

Schnabl has lined up a total of four Porsche 911 Turbo here. All in black, all in immaculate condition – real filet pieces! You could hardly wish for a better starting position for a comparison. We dedicate ourselves to a Porsche 930 Turbo 3.3, a 964 Turbo 3.3, a 993 Turbo and a 996 Turbo WLS, i.e. with factory performance upgrade. In direct comparison to the latter two, the Porsche 930 and 964 really do look like they come from a different era. Their styling has now properly matured into a classic. They are functionally designed, almost simple. At the same time, in a certain way, rough-around-the-edges.

Porsche 993 Turbo and 996 Turbo WLS on the other hand, are a complete contrast to this. Their body design doesn’t give the impression of being almost three decades old. The soft lines of their hips, their headlights, and even the spoiler are too fluid and organic. I’m reminded of Manu Campa’s words, “There’s no such thing as too many lines in a Porsche 911. The simplicity of the design is fascinating. And the simpler a design is, the more timeless it is and the greater the impact it makes,” the Spanish Porsche-painter recently told me. And what a striking impact these cars make. This Porsche 911 Turbo quartet gives you pause for thought. All of them come in black. This emphasizes the difference in size to modern cars even more.

But back to our initial question: Do you prefer the Porsche 911 Turbo air- or water-cooled? That’s why we’re focusing on the two youngest representatives in the quartet. This makes sense above all because their performance is very close together. In the air-cooled corner, 408 horses are available at 5,750 rpm, and in the water-cooled one, a factory-enhanced 450 hp at 5,700 rpm. The torque rating again goes to the 996 Turbo with 620, compared to the 993’s 540 Nm. However, the 996’s WLS power increase has little effect on acceleration and top speed. Only the top speed increases from 305 to 307 km/h, compared to the 290 kph of the 993. From 0-100 kph takes 4.5 seconds in the Porsche 993 Turbo, 4.2 seconds in the 996 Turbo. The vehicle weight of 1,500 and 1,540 kg is also almost on a par between the biturbo boxers.

If the performance data is still very similar, the exterior could hardly be more different. The much-maligned Porsche 996 Turbo has always had to carry the supposed burden of atypical headlights. its smart, extending rear spoiler is somewhat reminiscent of the Carrera RS 2.7 ducktail in profile, but from some angles it doesn’t look as pleasingly integrated as on its predecessor. It’s also interesting to note that the 996, unlike the 993, has to do without a continuous light strip at the rear. That was reserved for the Carrera 4S in the first water-cooled 911-generation.

In contrast, the 993 Turbo has always had it a little easier. Its classic shape with round headlights, coupled with its nimbus as the last air-cooled Turbo, still breaks the hearts of car fans around the world by the dozen. The combination of the traditionally steep windshield with the fabulously beautiful sweep of the rear spoiler is simply a feast for the eyes. Although the 996 with its air intakes in the rear fender has become a trendsetter for all upcoming Turbos, the smooth lines of the 993 already have a lot of sex appeal.

Inside, too, we find a similar picture. The 993’s interior concept, based on Ferdinand Alexander Porsche’s creation from the 1960s, was used the very last time here. It feels classic and high-quality at the same time thanks to the manufactory-like finish. Built to last. Still with upright pedals, as befits a supposedly “real” Porsche. The 996 Turbo on the other hand can’t quite shake off its stigma of the more cost-conscious interior. But it has aged significantly better than many would have given it credit for. The layout, with the center console designed down toward the gear lever, including the infotainment screen and automatic climate control, still looks surprisingly fresh, especially in conjunction with the extended leather upholstery and silver accents.

Of course, besides the headlight shape, the biggest bone of contention for many is under the hood. Two overhead camshafts and four-valve technology became necessary for the Porsche 996 Turbo. The call for more power and better emission values was too great. And it was precisely this need that necessitated the extreme paradigm shift at Porsche. Air-cooled engines simply no longer offered enough development reserves. Even if many fans of the Porsche brand have not really forgiven this logical step to this day, we are talking about a car that stood for the dawn of the new millennium. Some may consider it blasphemy, but in terms of its significance for the company’s history, the Porsche 996 must be mentioned in the same breath as the 911 F-model.

The Porsche 996 Turbo is the only “Turbo bargain”

It is precisely because of this significance that the price difference between the two vehicles is all the more surprising. One thing in advance: We’re talking about a difference of 100,000 to 150,000 euros! Of course, the continuing strong demand for air-cooled 911s has caused the prices of the 993 to rise sharply. With just 5,978 Porsche 993 Turbo Coupes built, compared to the more than 22,000 Porsche 996 Turbo Coupes produced, a wide gap in prices is not surprising. Nevertheless, the question must be allowed as to whether the first water-cooled 911 Turbo is not perhaps being undercut. Michael Schnabl also has a clear opinion on this:

The entire Porsche 996 series, and especially the rare 911 Turbo with the factory performance upgrade (WLS), is undervalued in my eyes and well on its way to becoming a sought-after classic. Even today, it is a decidedly interesting modern classic. After all, the turbo engines are based on the Porsche 911 GT1 and thus go back to a development of the engine mastermind Hans Mezger. They were the most powerful and durable engines that Porsche had built in series production up to that time.

The Elferspot editorial team is singing the same tune. We would even go one step further and call the 996 Turbo a real “bargain Turbo”. Why? No Turbo offers more performance for the money. With luck, high-milers will be available for less than 60,000 euros in the late summer of 2022. This is almost unheard of for a super sports car with good everyday qualities, over 300 kph top speed and a 0-100 kph time of just over four seconds. For that, there’s hardly a properly equipped substitute diesel to be had these days. In addition, Porsche’s first turbocharged water-cooled engine is also quite reliable.

At this point, one could rather clumsily say: “Take the better car, i.e. the 996”. Because there is no discipline in which it is worse than its predecessor. It does everything better and costs half as much. But life is rarely that simple. First of all, it’s a question of requirements. If you really want to rack up the miles, you’re better off with the 996. In terms of driving comfort as well as spare parts availability and costs. So, the reasonableness rating clearly goes to the 21st century Turbo. From a purely visual point of view, however, the 993 clearly has the edge. A vote in the editorial team was unanimously in its favor. 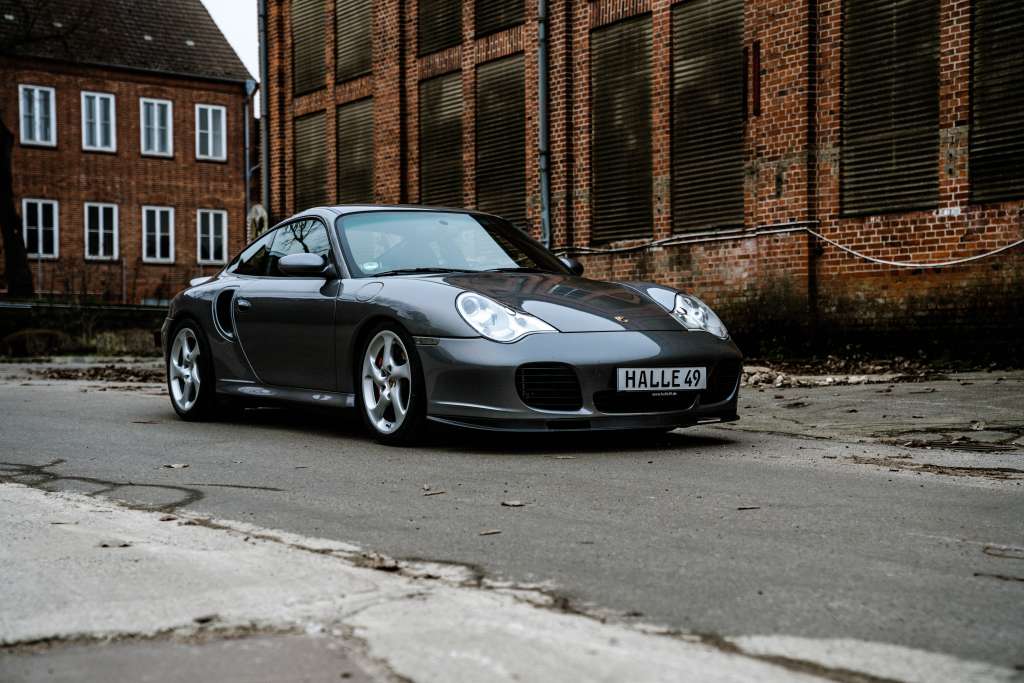 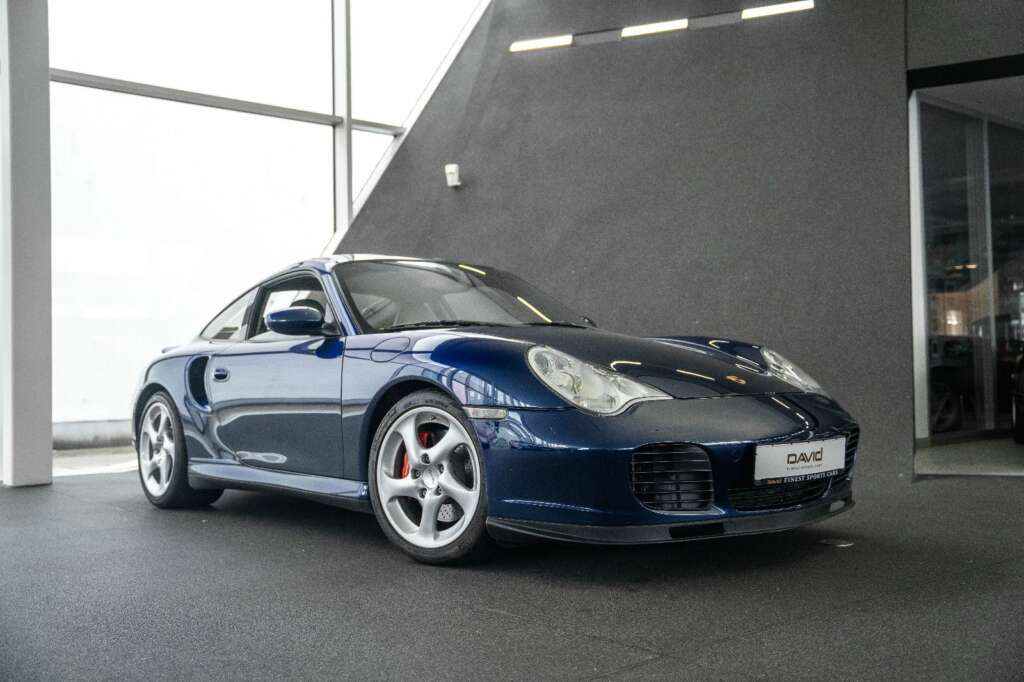 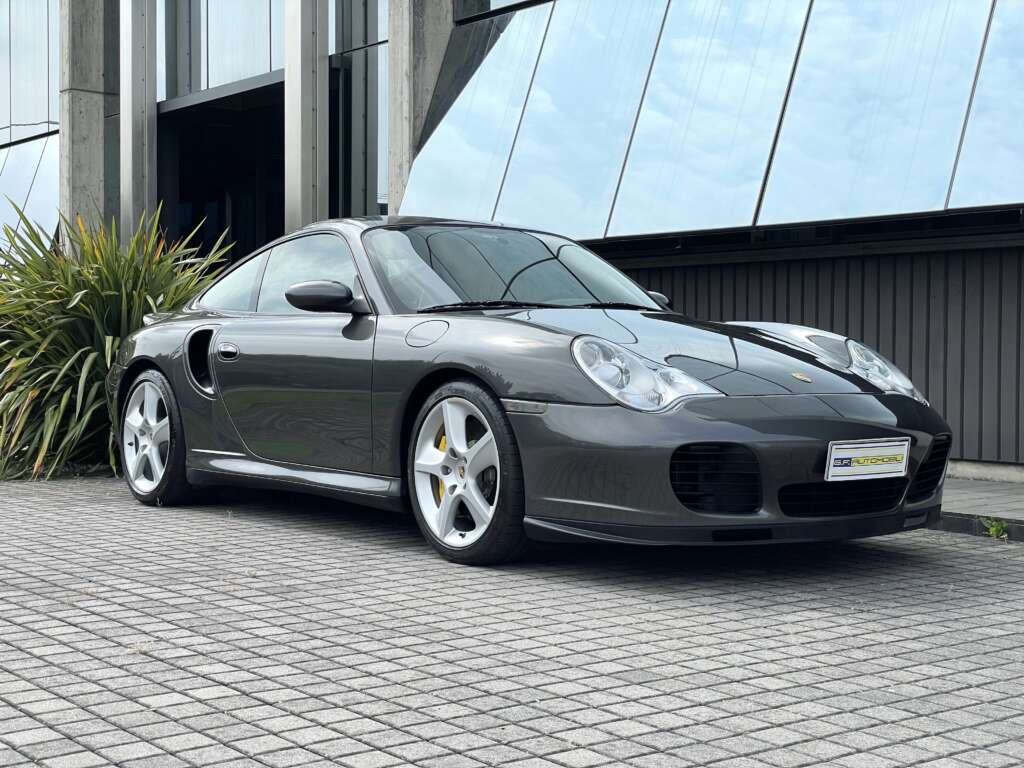 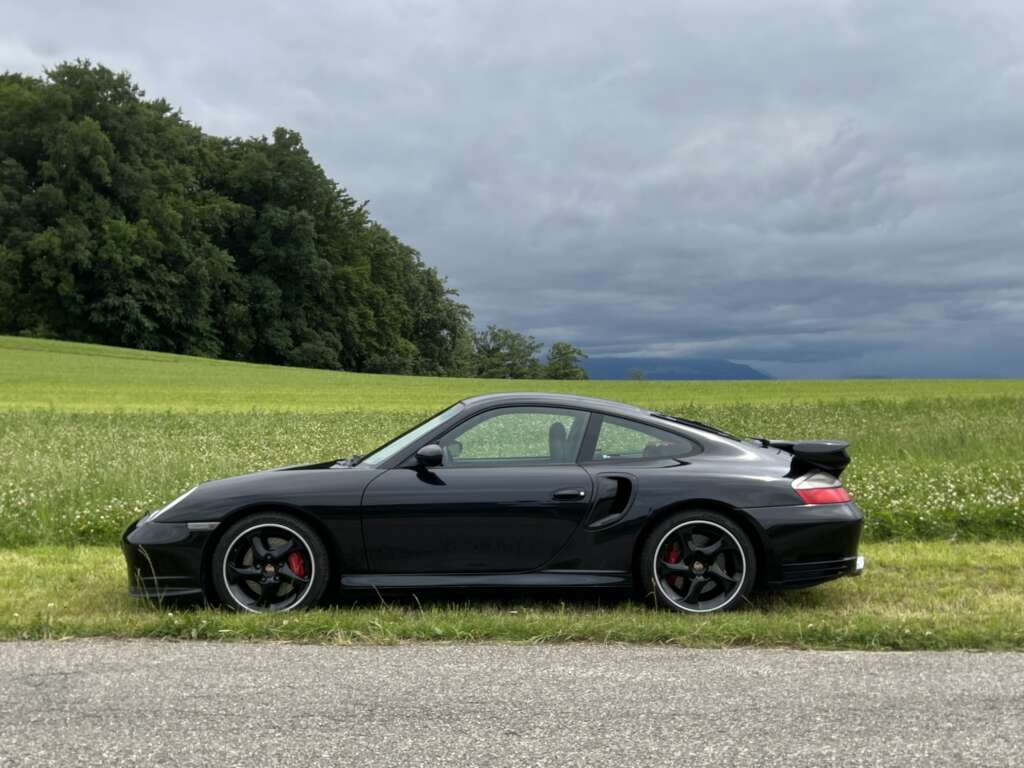 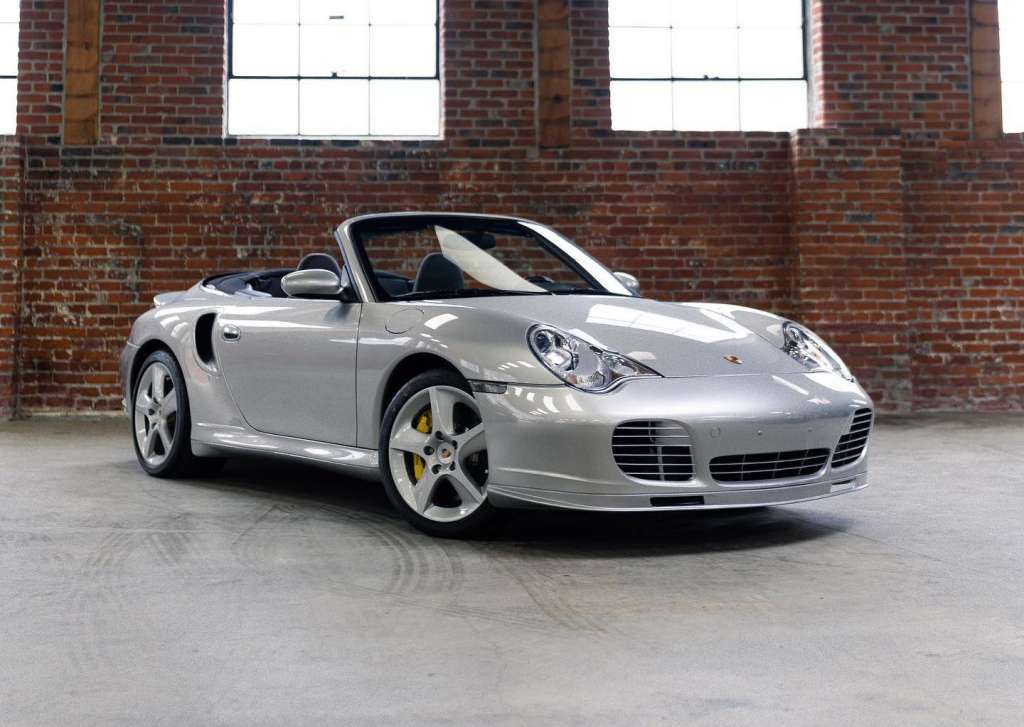 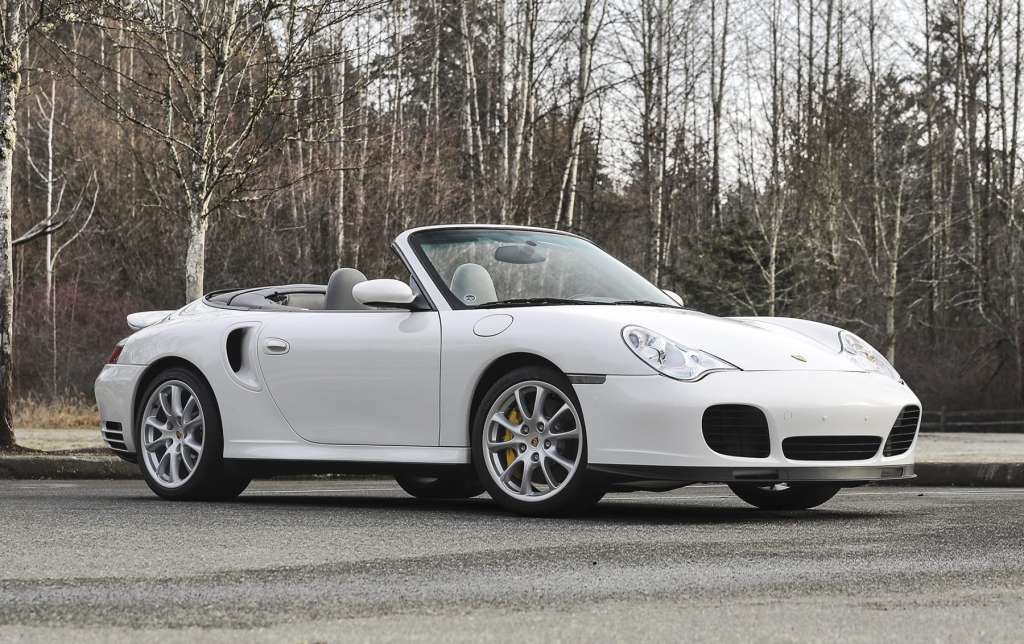 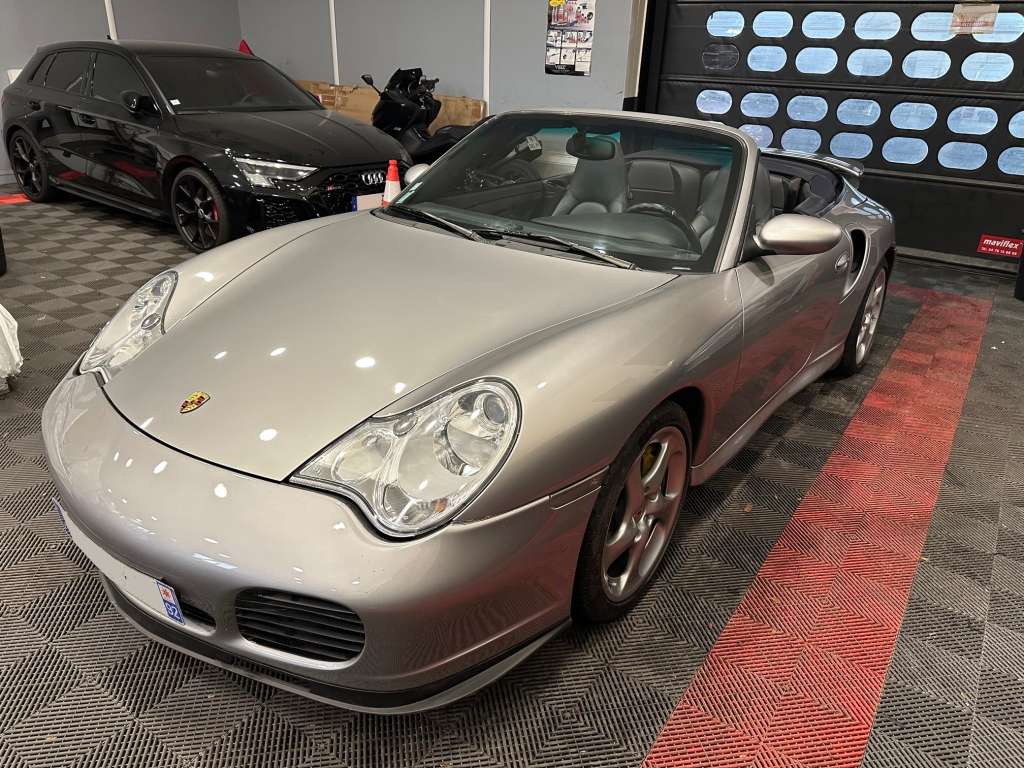 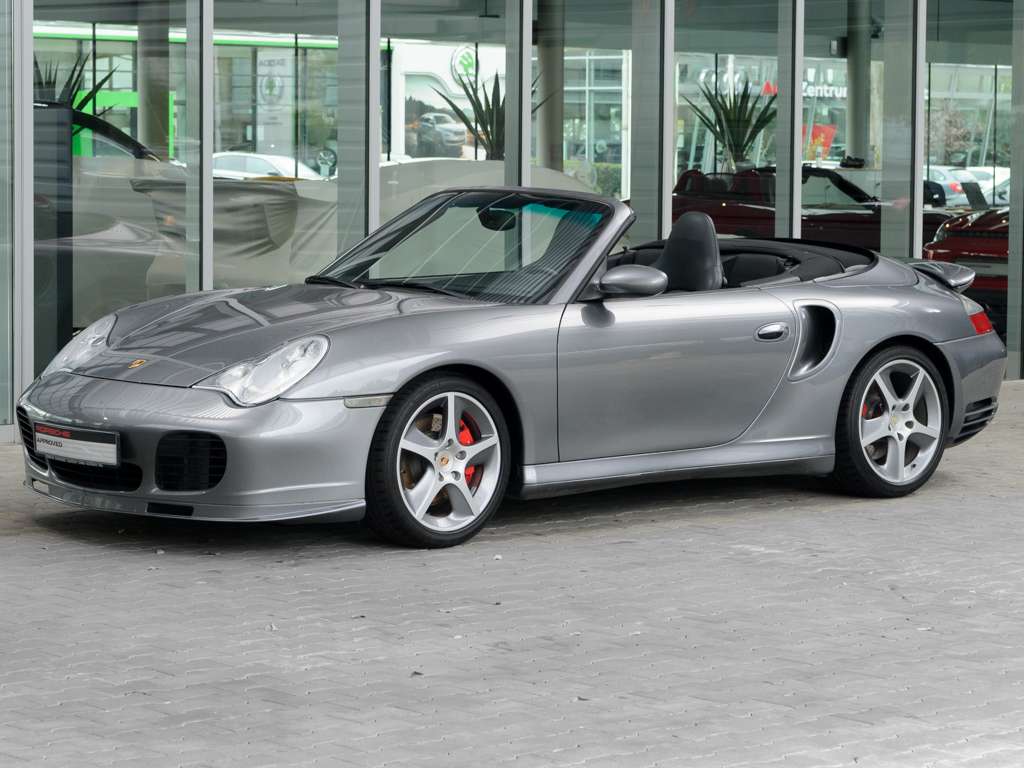 All Porsche 996 Turbo und Turbo S for sale on Elferspot

Economically, the more expensive 911 Turbo might be the better choice

The historical relevance of the vehicles also plays a role, of course. Do I want the last of its kind or the founder of a revolution? While the 993 marks the end of classic Porsche history, the 996 is emblematic of the company’s current policy and was the first of its kind. However, it is not as charming as the 993 and there is three times as much on offer.

In terms of value, the last air-cooled Turbo is clearly ahead. For several years now, the 993 Turbo has been “generating” considerable returns. While the average asking price at Elferspot in 2017 up to and including 2019 was still around 157,000 euros – depending on the WLS – since 2020 we have averaged 198,000 euros. For comparison, the 996 rose from about 59,000 euros to an average of 70,000 euros. It is difficult to judge how prices will develop in the future. However, it does not seem to be the case that the 996 will achieve six-figure average prices within a few years.

The Porsche 993 Turbo is the elegant classic with unprecedented sovereignty thanks to all-wheel drive and biturbo. It has crowned the air-cooled era and leaves no one cold. The prices are justified considering the number of units and cult status. I assume stability, or even further increase in value. Especially flawless collector’s items with low five-digit mileages are rare and valuable.

In this comparison, the 996 Turbo is of course the newer and thus technologically better car. It is becoming increasingly popular among younger buyers in particular and is value-wise catching up by leaps and bounds. The decision between the two also reflects the age-old conflict between the generations. Old versus new, the revolutionary versus the establishment. I see the really good specimens soon averaging the 100,000 euro mark. But until then, there will still be acceptable vehicles for 70,000 to 80,000 euros for some time. All Porsche 993 Turbo und Turbo S for sale on Elferspot

Although there is still a consensus at Elferspot that Porsches are not made to stand still, the topic of value retention and value development should not be disregarded. Especially with such special vehicles with great historical relevance for the brand. “In terms of driving, both are convincing, just in their own way,” is how Motor Legends founder Schnabl aptly sums it up.

Share "Porsche 911 Turbo – air- or water-cooled?" with your friends!