The Porsche 928, introduced in 1977, was intended as a changing of the guard to the Porsche 911. Five model variants were produced over a total of eighteen(!) production years. Nevertheless, like all transaxle Porsches in fact, it eked out a completely niche existence for decades. But the Gran Tourismo finally seems to get the attention it deserved in the first place. So has the Porsche 928’s time finally come now, a whopping 45 years after its launch?

Under CEO Ernst Fuhrmann, Porsche wanted to completely reposition itself for the 1980s. The balanced transaxle concept with the engine up front and the transmission at the back was to be Zuffenhausen’s way to go for the future. Fuhrmann envisaged phasing out the 911 and replacing it completely with the 928. But in the end this did not happen – despite the overwhelming press response to the new Porsche sports car.

In retrospect, it almost seems as if the 928 was a Porsche for those who were not typical Porsche buyers. Because it actually appealed to everyone except the hardcore brand fans, the 911 drivers. With 240 hp from 4.5 liters of displacement (only the 911 Turbo with 260 hp was more powerful at the time), the Porsche 928 reached a top speed of 230 kph. It reached 100 kph from a standstill in 6.8 s. In 1978, it was voted European Car of the Year, the only sports car to date to do so. The body, designed among others by Harm Lagaay, amazed the entire car world.

Was the 928 simply a misjudged genius? A misunderstood car?

It won countless design awards, was celebrated for its quality and, objectively speaking, was a car that was decades ahead of its time. And yet only about 61,000 units were delivered in the eighteen years of production. By comparison, the 911 G-model, which was built for “only” sixteen years, was sold more than three times as often. Although Porsche continued to refine the 928 concept, brand fans were still much more interested in the 911. This was not helped by a series of film appearances, such as in Scarface or Risky Business.

Neither did the extensive technology. Designed as a technology carrier, the 2+2-seater had plenty of modern gimmicks on board. Air conditioning with glove compartment cooling, electrically adjustable seats, height-adjustable steering wheel and dashboard, Weissach axle, later hydro engine mounts, four-valve technology, tire pressure monitoring system, and a lot more. Was the 928 perhaps simply misjudged? A brilliant car in the wrong place at the wrong time? That’s only half the truth.

The fact that the Porsche 911 was to be replaced by a vehicle without a rear engine already caused a lot of irritation. Fuhrmann’s idea of presenting a Gran Tourismo as the successor to a genuine sports car ultimately failed. The car itself is ingenious, its qualities undisputed. But time has shown that Porsche has done itself more favors over the years with shifting the 911’s development to make itself a bit more comfortable.

Its futuristic face could not really hide the fact that the 928 was not a true sports car at its core. It was too heavy and too soft for that. In this respect, one can hardly blame the loyal Porsche fans of the time for their resentment. Porsche had always stood for race-proven concepts and a focus on the driver. The 928, on the other hand, was given as a company car to race drivers Jacky Ickx or Stefan Bellof for the journey to the track. On the track itself, it was conspicuous by its absence.

The Porsche 928 GTS couldn’t save the transaxle either

In 1992, Porsche dared to give the 928 a last shot with the GTS. This was certainly born out of necessity, because money was tight and complete new developments were not possible at the time. But even that couldn’t really revitalize the 928. The Porsche 928 GTS – successor to the S, S4 and GT – was more or less what the series should have been in the first place. An insanely fast GT with sporty qualities, outstanding build quality, extensive equipment, and an actually usable luggage compartment.

With its 350 hp 5.4 liter V8 engine, the Porsche 928 GTS reached a top speed of 275 kph and went from 0 – 100 kph within 5.7 seconds. In terms of longitudinal dynamics, it was thus even ahead of the 964 Carrera. The last expansion stage of the transaxle V8 was nevertheless no longer a blockbuster. With the Porsche 928 GTS’ production numbers still not reaching more than 2,831 cars.

The 928’s positioning as a swift GT car and the prospect of burying the Porsche 911 probably made it a bogeyman for some 911 drivers. Seen in this light, it’s hardly surprising that the technical muster student has also had a hard time during the last thirty years. For a long time, 928s were just as unpopular as their other transaxle siblings. Sometimes they were considered very difficult to sell because of the high maintenance costs. 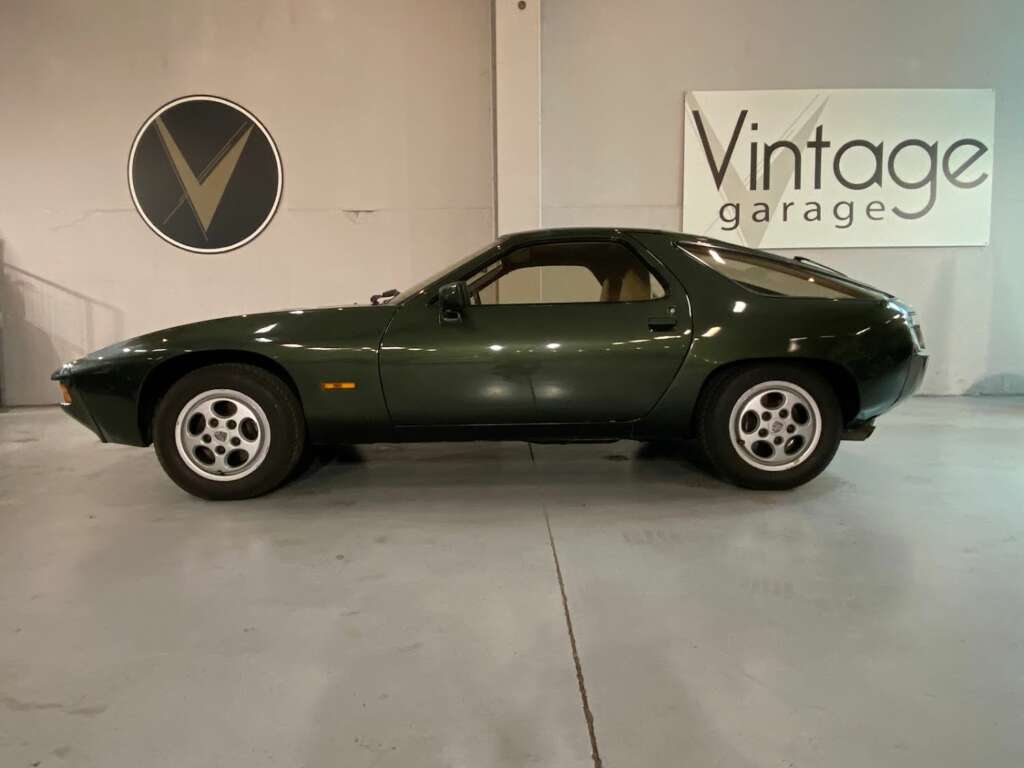 It took nearly three decades for the Porsche 928, even as a GTS, to become desirable again. To say that prices were in the cellar until a few years ago would be an obscene understatement. At the beginning of the millennium, you could buy a Porsche 928 for four-figure sums. Totally unimaginable today. Nowadays, you have to be very lucky to find a good 928 S4 for under 30,000 euros. Not to mention the Porsche 928 GTS, whose price development knows only one direction. Starting at around 50,000 euros, the sky’s the limit.

Are the flops of the past the stars of today?

There are a number of cars that were ahead of their time and never received the love they deserved during their “lifetime”. BMW tried their hand at the same class of car in the late ’80s with the BMW 8 Series (E31), only to crash-land commercially with the big coupe. Today, these cars are revered, not least for their outstanding styling. 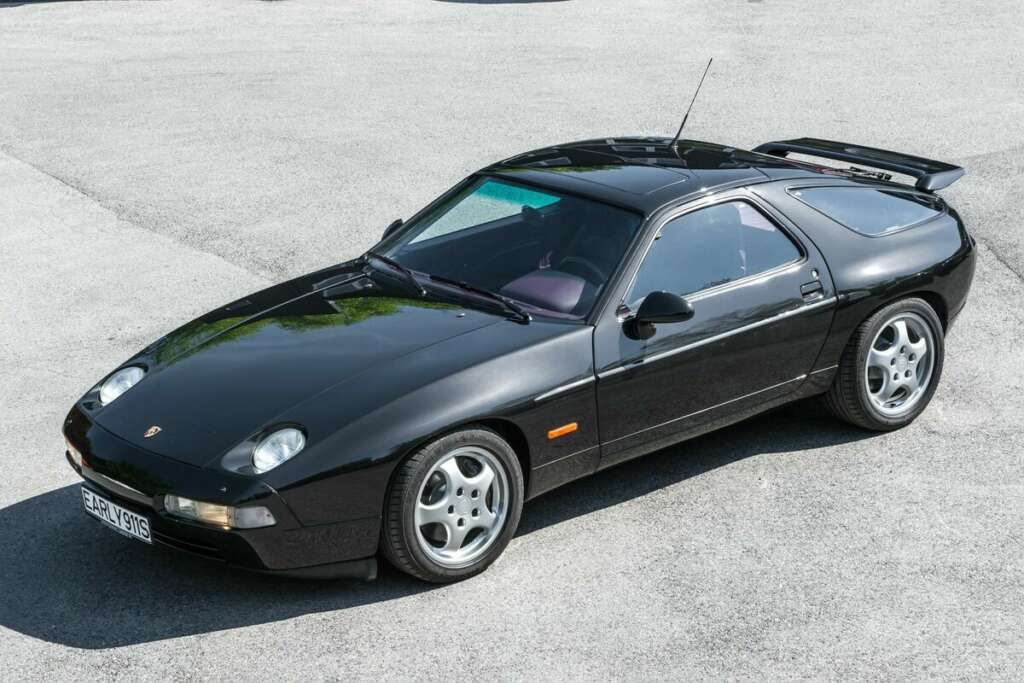 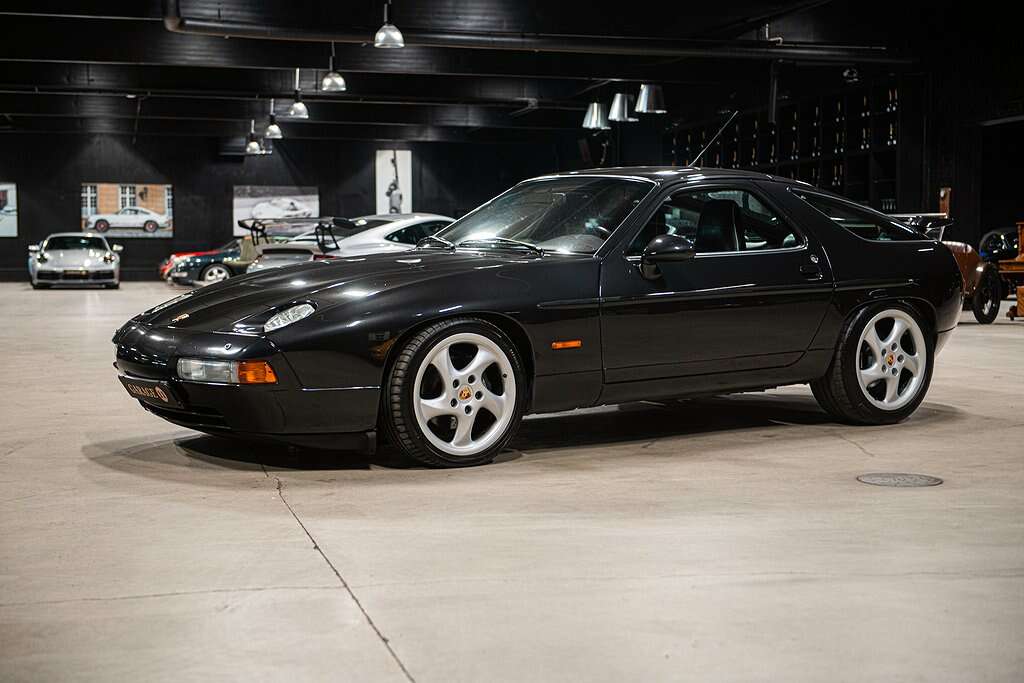 The Porsche 928 is no different. The generation of those who still experienced flip-up headlights as kids can now afford these cars and appreciate them for what they are. They are timelessly beautiful classics that are still perfectly suitable for everyday use. With the Porsche 928 GTS in particular, which had been a statement, a swan song by Porsche to a concept that helped shape the face of the brand for over 20 years.

Seen in this light, one can certainly put forward the steep thesis that it is precisely the cars that were once scorned, that now exert a special appeal. It’s no different with Porsche. In the meantime, it’s precisely those cars that were a little bit different from their competitors that are in demand. And that is precisely why the 928 is experiencing its renaissance today. It is not only in the land of the V8, the USA, that it is enjoying ever greater popularity. There are now even the first 928 restomods. On its 45th birthday, the big transaxle has finally made it to where Fuhrmann always saw it: To the Porsche Olympus.