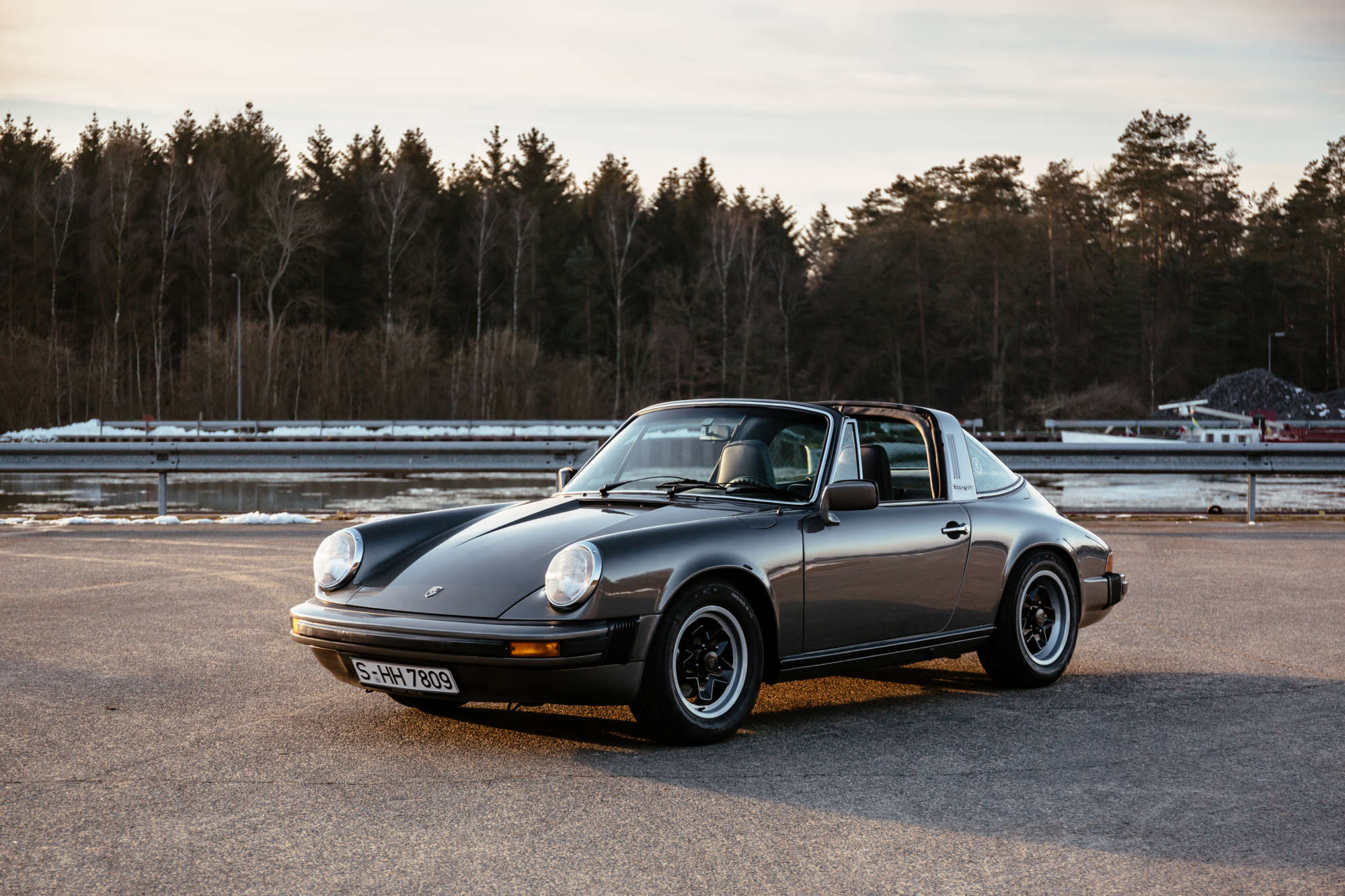 The Porsche 911 2.7 – The narrow G-model comes under the spotlight

“It has guts like Jupp Heynckes on the firing range and the rough charm of Jean-Paul Belmondo. Its appearance is characterized by the new fenders (bumpers), considerable inner values are still reliability, temperament, safety and solid workmanship. ” This is how Rudolf Urban from the Munich magazine “tz” introduced the new Porsche 911 G-model for 1974. But the fan base was shocked. Purists refused to understand what had just happened. The American 911 friends, however, were happy that the Porsche 911 was still alive.

“It has guts like Jupp Heynckes on the firing range and the rough charm of Jean-Paul Belmondo.” – Rudolf Urban After having been built for about ten years, the Porsche 911 was thus extensively revised. Porsche summarized it as follows in the sales prospectus of 1976:

“There already was a 911 in 1964 – and it looked hardly different than today. Not only was it almost as beautiful – it was almost as fast too: 210 km/h. So what have we done since then? Eleven years of model constancy, that is eleven years of fine work on detail: barely visible, but immediately felt. A comparison drive of only a few minutes would make the crucial difference clear to you. In today’s Porsche, the same pace seems only half as fast – and half as exhausting. The same power is available at speeds that are one third lower. The higher torque allows longer gear ratios and makes the engine elastic. You do not have to change gears as often. And – it has become much quieter inside the Porsche.” The program for the 1974 model included three engine and two construction variants. All vehicles had the 2.7-liter engine. In the 911 and 911 S models with 150 and 175 hp, a Bosch K-Jetronic provided the fuel-air mixture preparation, while in the Carrera the mechanical injection taken over from the predecessor Carrera RS provided for 210 HP. The 911 was available as as coupe and Targa, and for the first time the Carrera could also be ordered with an open roof. While the base prices (from today’s point of view) were quite attractive (26,980 DM for the 911, 30,980 DM for the 911 S), the extras could push up the price considerably. So a fully equipped 911 could cost a whopping 40,000 DM.

With the new G model, Porsche served a whole range of smaller optimizations. The most important were: 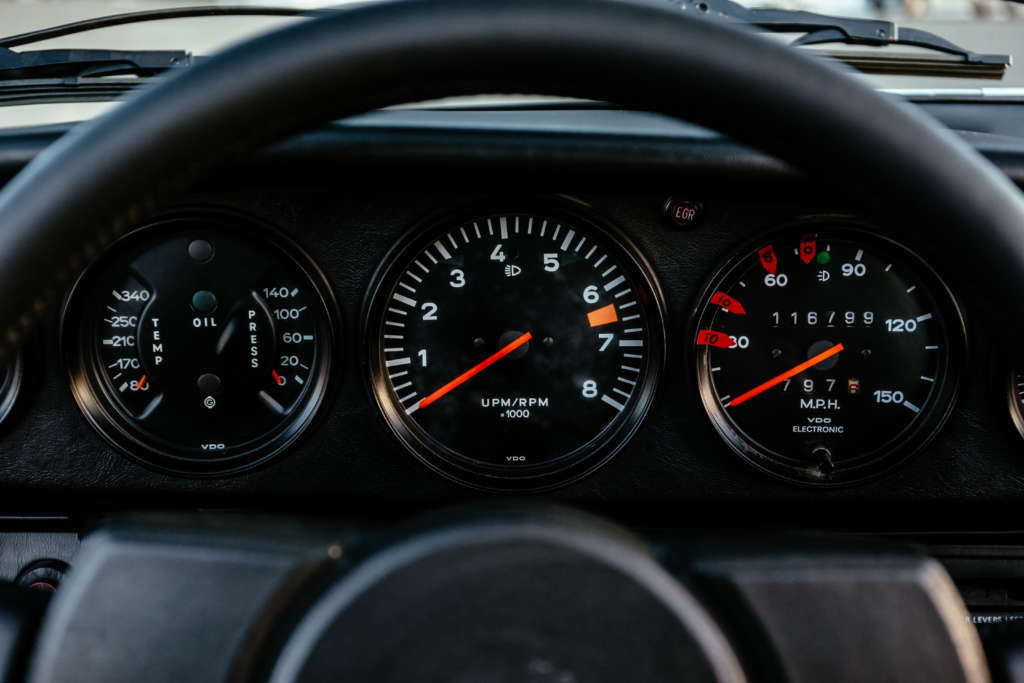 In 1974, 150 hp was big news, because the normal car could usually achieve only about 50 – 75 hp. Thanks to their low weight, very sporty performance was possible. The Porsche could sprint from 0 to 100 km/h in 8.2 seconds, the maximum speed was measured at a stately 210.4 km/h. Please do not forget, we are talking about the 70s. The response to the gas pedal is direct, and typical of a 6-cylinder boxer, the car only develops its full sound and performance potential at more than 4,000 revs. At this point it should be mentioned that the 150 hp 911 is in no way inferior to the 911S in terms of torque. Both the 911 and 911S achieve 235 nm of torque, but the “small” 911 reaches this maximum even 200 revs earlier than its big brother, namely at 3,800 rpm.

Tester Fritz Reuter found that the the 911, has a a slight understeering driving behavior, but we all love this about the 911. The summer 1974 issue of auto motor und sport magazine compared to the 911 S with its main competitors: Mercedes 280 SLC, BMW 3.0 CSi and Alfa Romeo Montreal (8 cylinders). Incidentally, the Porsche was the weakest of the rivals with 175 hp at the time. Despite its shortage of horsepower, the 911 was the winner in the categories acceleration and top speed.

Despite its shortage of horsepower, the 911 was the winner in the categories acceleration and top speed.

The brakes were highly praised and the ride comfort was attested to be a great improvement on its predecessor. No wonder then that the conclusion of the endurance test published in the following year was that the 911 was one of the best all-round sports cars in the world. From model year 1976, the supporting parts of the body were hot-dip galvanized and this solved the major problem of the first series released. Just a few years ago, many G-models were rebuilt to mimic a car of the predecessor series, but today demand for well-preserved and original, narrow G-models is increasing. Many collectors have recognized that the numbers were still low and the technology quite exquisite. Good vehicles are no longer easy to find, because even back in the 1970s, narrow G models were frequently rebuilt. An example was the new, very wide and powerful 911 Turbo, which entered the market in 1975. In addition, the cars of those years specifically are considered quite durable and at the same time largely unadulterated, after all, with the exception of fuel injection hardly anything in the traditional technology orientation was changed in those years.

The narrow G-model finally came into the spotlight and stepped out of the shadows of other models. Considering the already very high prices for F-models, the early G-model presents a real alternative. Significantly better performance combined with classic optics make the narrow G-model to a very exciting 911. 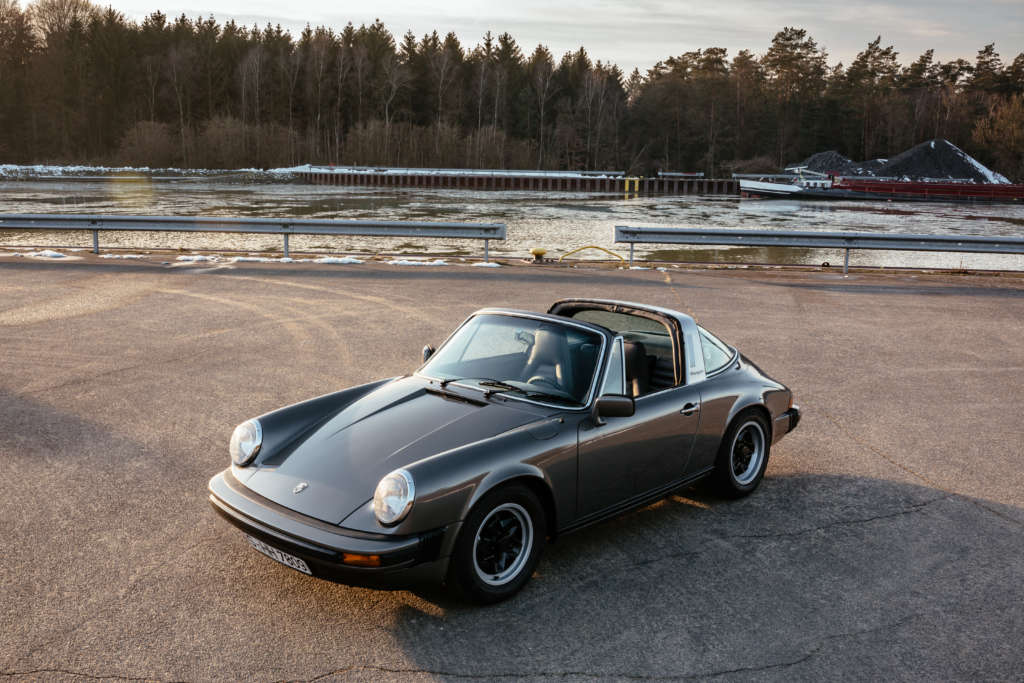