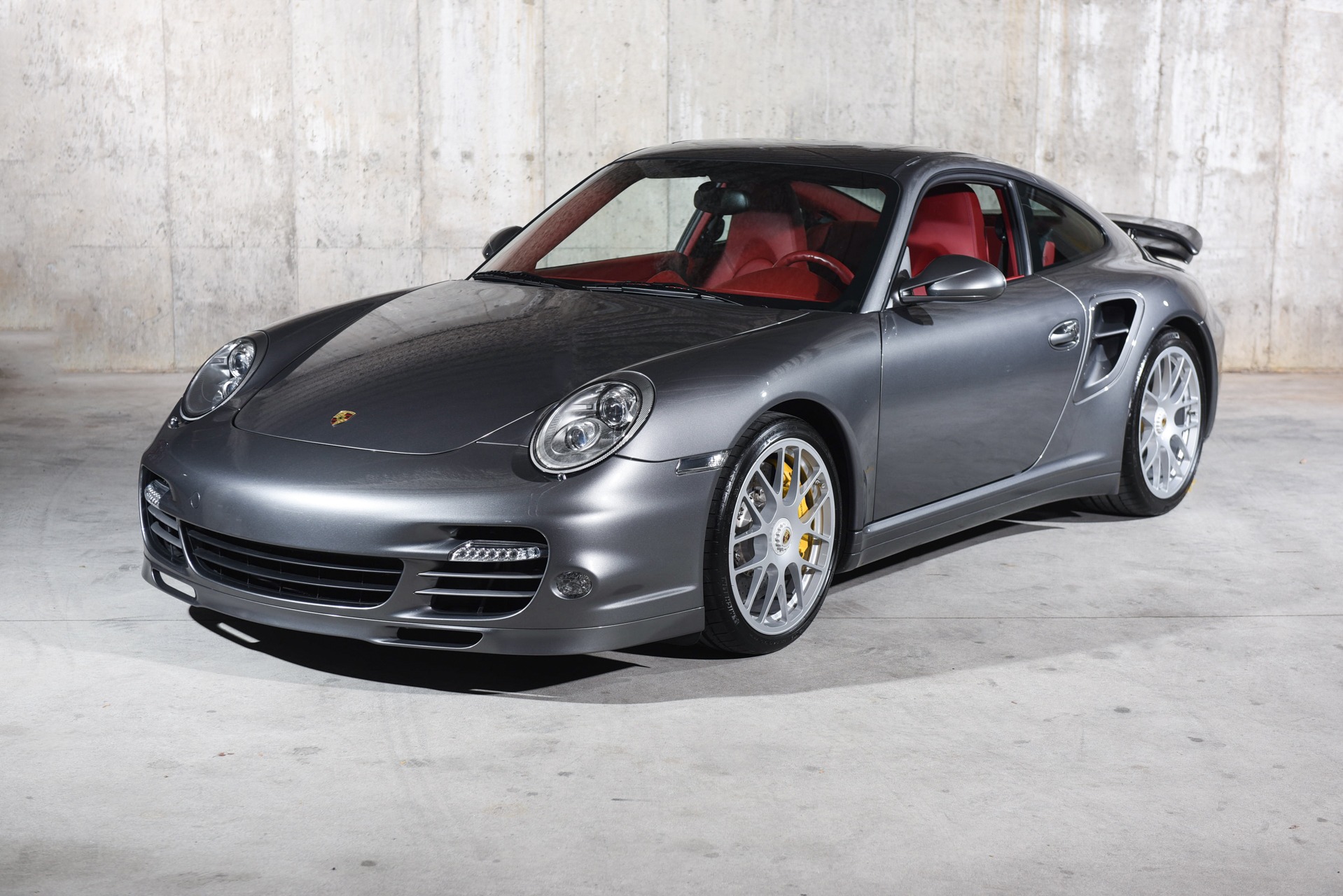 Buy Porsche 997.
On the Elferspot Marketplace.

When hearing Porsche 911, almost instantly the Turbo comes to mind. Since 1974 the Porsche 911 Turbo is considered as the speerhead of Zuffenhausen’s finest sports cars. The Turbo has always been the perfect blend of super car performance with all the everyday usability of the Porsche 911. Without a doubt, the same could be said about the 997 Turbo (S), which we want to take a closer look to.

Which versions are out there?

Walter Röhrl once said: “Everything that isn’t all wheel drive, is a compromise.” The 911 Turbo was definitely no compromise then, as it was only offered with four driven wheels. With the Facelift, Porsche ditched the Tiptronic S in favour of the new seven-speed Porsche double clutch gearbox (PDK). As an optional extra, the Porsche ceramic composite brakes (PCCB) were offered. In the 911 Turbo S they were fitted as standard. You can spot the PCCB at first glance with its yellow brake calipers. The PCCB offer more durability under heavy braking, but are much more expensive to replace than the standard steel brakes. All 997 Turbos came with Porsches active suspension management as standard.

Everything that isn’t all wheel drive, is a compromise. Walter Röhrl

Styling wise the Porsche 997 Turbo remained true to himself: muscular but still discreet

The 997 Turbo was presented in February 2006 on the International Motor Show in Geneva. The new front end with the classic oval shape headlights and LED daytime running lights seemed timeless and very appealing. The Turbo trademark air vents in the rear quarter panel gave it a nice touch, as well as the nicely integrated, extendable rear wing. The characteristic air outlets in the rear bumper was carried over from the predecessor.

Despite the aggressive design elemtents, the 997 Turbo remained true to himself. The wide body with the air vents give the Turbo a more muscular look than its Carrera siblings, but the Turbo remains subtle and discreet. Compared to the Italian competitors it nearly looks unobstrusive. The 997 didn’t grow much in dimension, which makes manoeuvering through dense traffic very easy in comparison to let’s say a Lamborghini. That made the Turbo, just like its predecessors, the perfect car for hasty connoisseurs.

While the exterior design was more an evolutionary thing, the interior had been redesigned completely. Gone were the round shaped buttons from the 996. The 997 got a much more modern, straight forward design for the centre console. The excellent sports seats remained untouched and came as standard. Who lusted for a bit more side support, could order the optional bucket seats. With the exception of the Turbo label in the rev counter, the 225 mph speedometer and the door sill panels the Turbo shared all of its interior components with its Carrera siblings.

These figures were achieved by the use of completely redesigned turbochargers. The Porsche 997 Turbo’s engine was the first mass produced petrol engine to have turbochargers with variable-geometry turbochargers (VGT), that were developed with the help of BorgWarner. The inlet air vanes in these turbos can be adjusted on the fly by an adjustment ring. Depending on the engine load, the angle of the vanes changes and either increase or decrease the air throughput and therfore the boost pressure. VGTs offer more torque in the bottom and higher rev range, improved throttle response and a more linear power delivery. To complement the increased need of cold air, the intercoolers were upgraded as well. To withstand the higher boost pressure (1 bar instead of 0.8 bar) the compression ratio was lowered from 9.4 : 1 to 9.0 : 1.

The 997.2 Turbo was even more powerful and offered with the PDK

On the one hand, the 997.1 Turbo was the first Porsche with VGT, on the other hand, it was the last 911 Turbo with manifold fuel injection. As with the 997.2 Carreras, the engines for the Turbo got direct fuel injection from 2009 onwards. The difference between the two lies in the area, where the air-fuel mixture is formed. While air and fuel are mixed before the inlet valves in the manifold fuel injection, direct fuel injection means, that the fuel gets injected directly to the cylinder. That leads to better cooling inside the cylinder and allows higher compression rates. Therefore, the comprression ratio was pumped up to 9.8 : 1.

In combination with the enlarged capacity of 3,800 cm³, the Stuttgart engineers raised the power output of the Uber-Elfer up to 500 bhp at 6,000 rpm. Maximum torque was offered in the same rev range, as in the 997.1, but rose to 650 Nm without and 700 Nm with overboost. The long-serving Tiptronic S, which was developed by Mercedes-Benz, was replaced by Porsches seven-speed PDK gearbox. For the interior, Porsche gave the car a new communication management with a more modern touchscreen.

But the biggest achievement of the 997 Turbo isn’t just its sheer performance. The Turbo offers all you could possibly want from a car, including two-zone automatic climate control, electronic dampers, electric seats and one of the most advanced sat nav systems of its time. On top of that, you’re getting all the usability of the 2+2 911 Layout with super car performance figures. The Porsche 911 Turbo has the reputation of being the most versatile super car in the world and the 997 was no exception.

With that said, everybody who is pursuing super car performance without attracting too much attention, should consider the 997 Turbo. Especially in Turbo S trim, it offers performance, which could even make drivers of the most exotic italian super cars sweat. The engines combine enormous power with bulletproof reliability and low fuel consumption. The 997.1 Turbo in particular can even handle some tuning with ease. The usual suspects of RUF, 9ff and Gemballe offer everything the power-hungry Turbo owner could possibly want.

Naturally, there are less 997 Turbos than Carreras out there. Production numbers for the 997.1 Turbo coupé are at 15,626, with 6.099 cabrios. The 997.2 Turbo coupé was built 3,301 times, the cabriolet 1,752 times. The Turbo S coupé was sold 3,095 times, the cabriolet 2,055 times. So the 997 Turbo (S) remains more exclusive than the 997 Carreras. That has an effect on prices as well. They remain pretty stable, as good Turbo examples start in the upper five-figures. For the Turbo S you’ll probably end up spending six-figure sums.

The 997 Turbo may not be a bargain, but it offers one of the most complete packages in automotive history. Its acceleration is ballistic, and even former Carrera drivers need some getting used to that kick in the back. The 997.1 is the last Turbo with its engine based on the Mezger unit, the 997.2 offers more power and torque with a more up to date interior. Which one would we suggest? Both! In the end, they’re both real Turbos and unite everything we love about 911s. 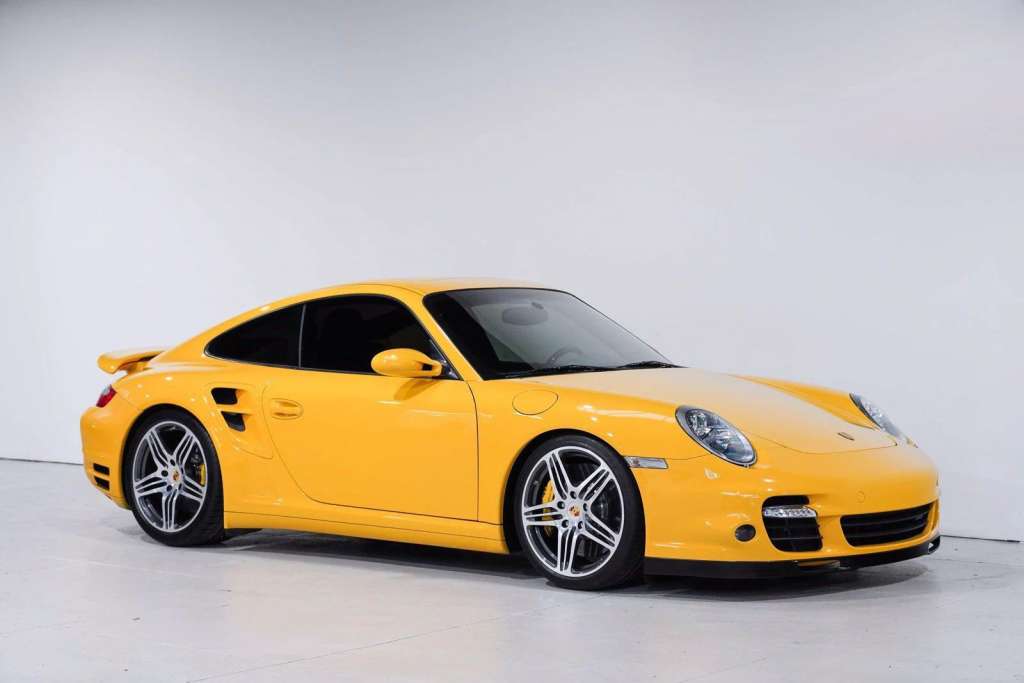 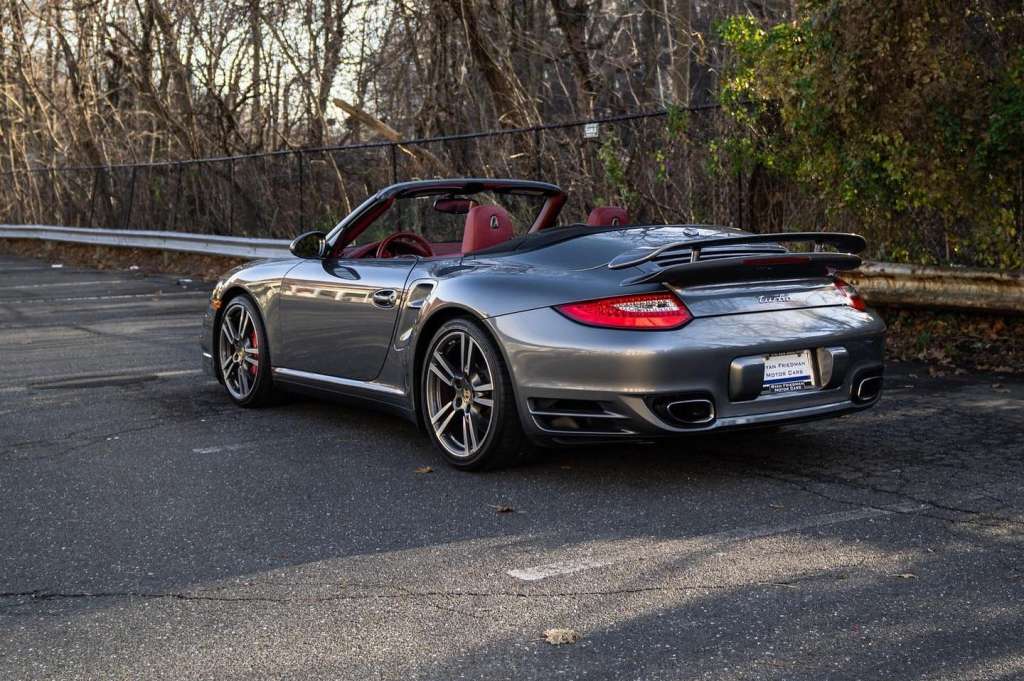 All Porsche 997 Turbo (S) for sale on Elferspot

Porsche 997
Facebook Twitter Pinterest WhatsApp
Previous Article
The Porsche 911 2.7 – The narrow G-model comes under the spotlight
Next ArticleThe Pleasure Of Driving A Racing Porsche: Olivier And His Viper Green 1973 911 2.8 RSR