The Porsche 911 Speedster is back! 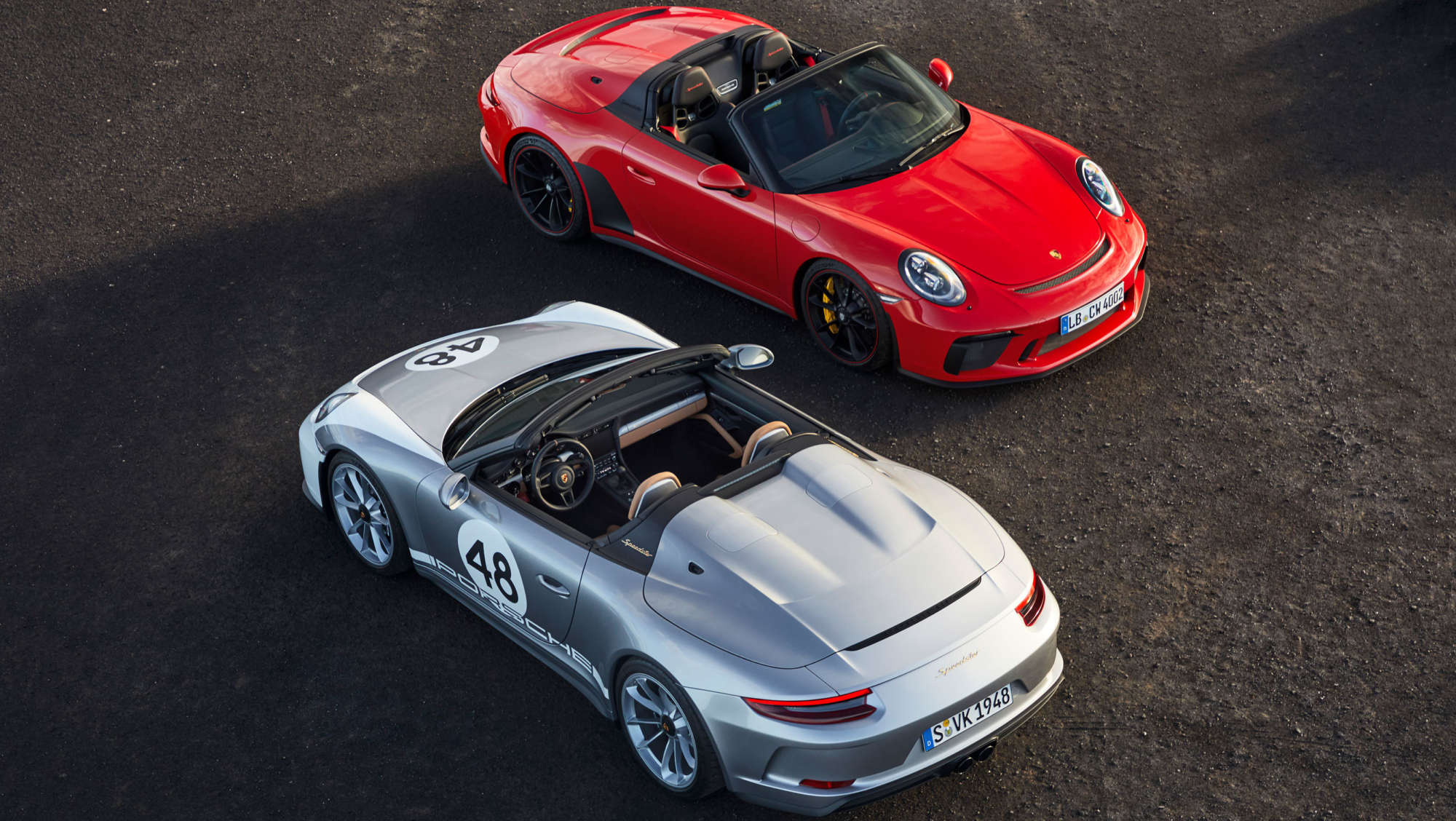 As a basis for the development of the new Porsche 911 Speedster, Zuffenhausen’s engineers went to the Porsche 911 GT3 and 911 R parts bin. The Speedster will be equipped with the well known and much beloved 4.0 litre six-cylinder boxer engine, which now produces 510 hp. Despite the use of two particle filters to meet emission regulations, that’s a 10 hp gain, compared to the 991.2 GT3. Therefore, Porsche uses upgraded injectors, new individual throttle bodies and a new exhaust, carrying ten kilograms less weight. 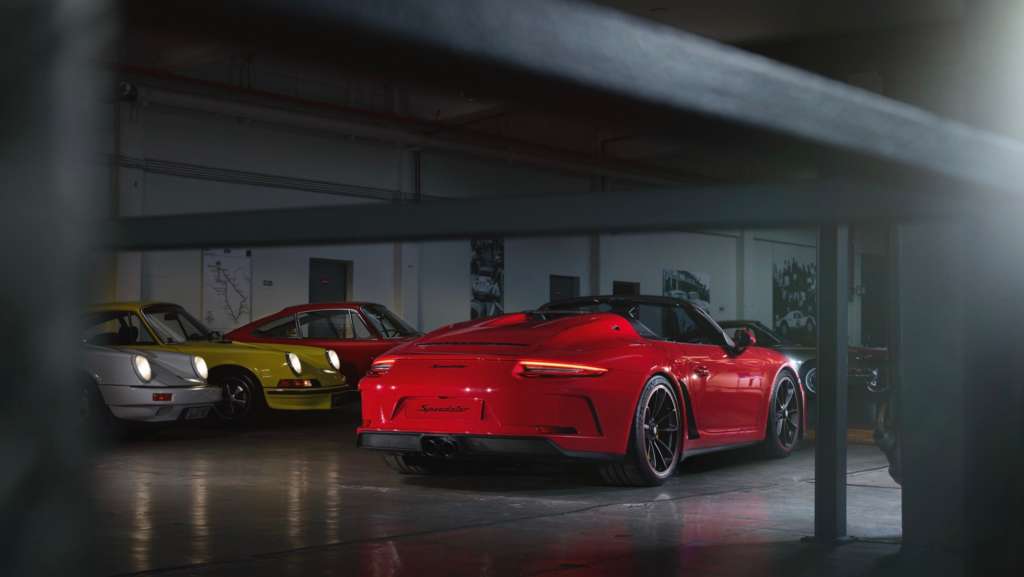 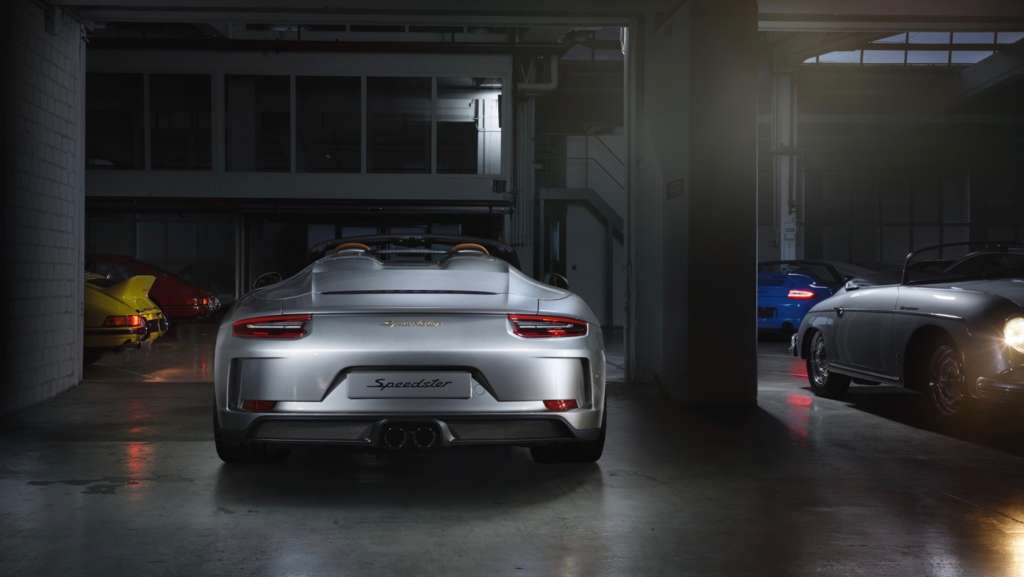 You will only get a six-speed manual transmission in the Speedster, which will guarantee a lot of driver involvement and still great performance. 0-62 mph is done in 4.0 seconds, the top speed is 192 mph. In combination with the amazing engine, you’ll get one of the nicest soundtracks in motoring history. Porsche calls it a puristic and driver-oriented vehicle.

Besides the drivetrain, excessive use of lightweight materials ensures a unique motoring experience Lets take a look at some other parts, which come from some newer siblings: On the front, you’ll find a 991 GT3 bumper, rear bumper and spoiler have been carried over from the 911 GT3 Touring. On the other hand, the lip on the front bumper is a bespoke design. But the athletic design isn’t just for the looks either. Porsche used an excessive amount of carbon fibre. The convertible top compartment lid (yep, that’s the official name) for example is the biggest and most complex component, which Porsche has ever made from carbon fibre for a mass production car. Front hood and wings are carbon fibre as well and help to save another couple of kilograms. They come directly from the 911 R.

Porsche is very serious about weight reduction here, as you can see on the inside as well: carbon fibre bucket seats, lightened door panels with fabric loops instead of door handles and luggage racks instead of storage compartments. More weight has been shed on the convertible roof, which in true 911 Speedster fashin is not fully automatic and made out of cloth. Besides the drivetrain, this excessive use of lightweight materials ensures a unique motoring experience, as the cars curb weight is at around 1,465 kilograms. 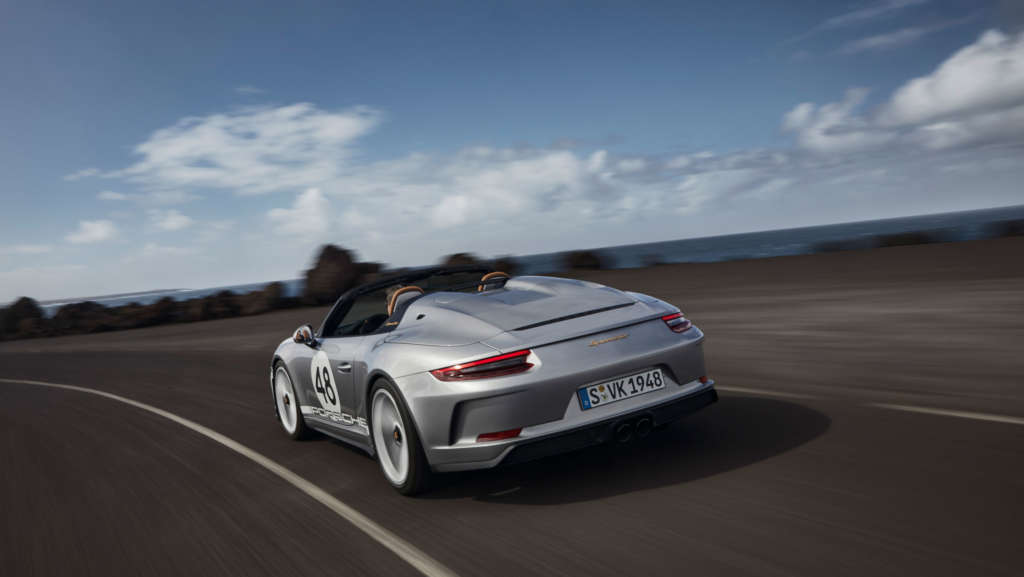 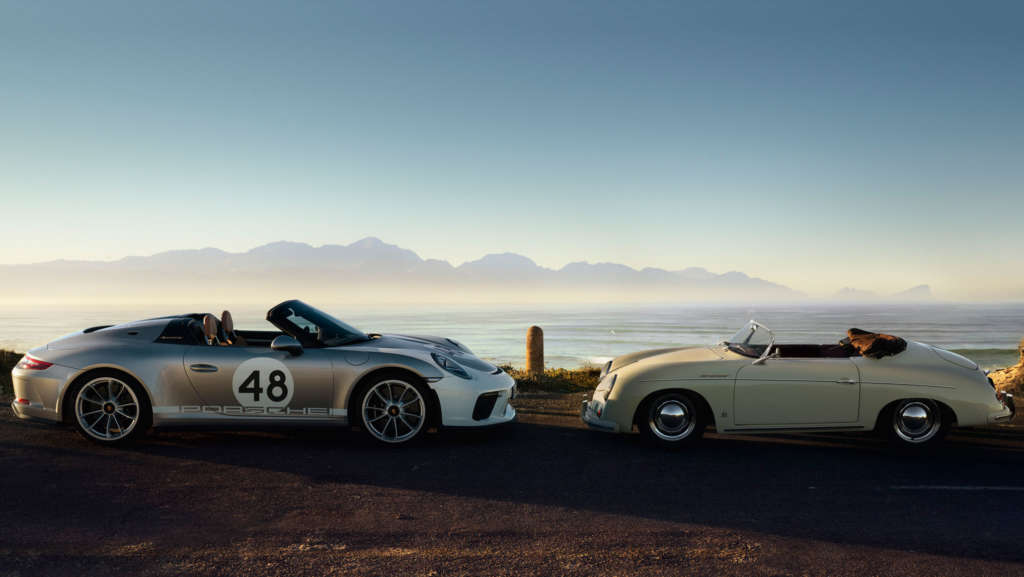 The last Porsche 991 model can be ordered from now on!

Even though its successor, the 992 is already a common thing to see on the roads, the last version of the Porsche 991 is now available at your local Porsche dealer. As an option, you could order a so called Hertiage Design package. This includes cognac and golden details in the interior as well as a special paint scheme on the outside, called “Spears”. As a base coat, you’ll get GT-silver, the accents on the front bumper and the front fender will be white. On top of that, you’ll get retro-style motorsport graphics with the number you want and historic badges. Everything following the 50’s and 60’s design scheme.

Besides the exquisite tech and drivetrain, the strictly limited production number of 1,948 examples means, that the Porsche 911 Speedster won’t come cheap. With prices starting from around 270.000 Euros, it’s more on the expensive side, but you’ll get yourself a future classic for sure. And it looks striking, doesn’t it?

Share "The Porsche 911 Speedster is back!" with your friends!