A thoroughly documented „works special“ – The first of just 16 customer examples produced by Porsche’s Werk 1 for privateers – Delivered new to Switzerland and initially fielded by Ecurie Biennoise – Acquired by the consignor in September 1980 – Documented in Porsche: The Racing 914s by Roy Smith, and marque historian Jürgen Barth – Benefits from a complete and accurate restoration completed in March 2021 Porsche produced just 3,350 examples of their 914/6 between 1969 and 1972. Imagined as a budget-friendly alternative to the 911, in standard trim the 914/6 proved an inadequate competitor. For dedicated privateers, Porsche introduced the 914/6 GT and GT conversion kit.

The GT was upgraded with modified 911 S brakes, extra chassis reinforcement, steel fender flares, an additional front oil cooler, wider wheels, a lightweight interior, plexiglass rear window, padded leather steering wheel, and several body panels rendered in fiberglass. Power was delivered by a unique 2.0-liter Carrera 6 engine which provided 212 horsepower. This engine was mated to the five-speed dogleg transmission of the contemporary 911 S, which was modified with the input shaft, exchangeable second gear, and limited-slip differential from the Porsche 904.

The 1970 24 Hours of Le Mans will be forever remembered for Porsche’s first outright win. Notably, a 914/6 GT also finished in 6th place overall—winning the 2.0-liter GT class in the process—having started 45th on the grid.

Chassis 32, offered here, is the first of 16 factory-prepared 914/6 GT examples produced in 1970 for immediate use by privateers. Completed at Porsche’s Werk 1 facility in Zuffenhausen, chassis 32 was delivered new to Swiss resident Gustav “Gusti” Schlup, vice president of the vibrant Ecurie Biennoise racing team. This chassis is reportedly the first of those 16 customer examples built—although Schlup’s evolving list of requirements meant that its actual delivery date was significantly later. Notable specifications include a 110-liter fuel tank, thicker anti-roll bars, and additional dash-mounted gauges for fuel and transmission oil temperature.

In early May 1970, chassis 32 was finally delivered to Schlup via distributor AMAG. Through the 1970 and 1971 seasons, Schlup and chassis 32 competed in thirteen races across Europe, including endurance events at Hockenheim, Spa, Charade, Norisring, and Mugello. The car’s best result with Ecurie Biennoise came on 16 May 1971 at Payerne Airport, where it secured 2nd place.

In December 1971, Ecurie Biennoise sold the car to the Swiss-registered racing outfit of Formula 1 driver Jo Bonnier. Chassis 32 was then purchased from Bonnier’s inventory by its next Swiss custodian, Jean Baptiste Canonica. Canonica immediately began fielding this 914/6 GT in the 1972 2.0-liter European GT Championship with the support of Porsche Club Romand. Additional races followed through November, with notable entries at Hockenheim, Monza, Jarama, Estoril, Zolder, Zandvoort, and the Nürburgring. Canonica’s best result, and only podium with the car, was a 3rd-place class finish on 3 September at the annual Nürburgring 500 KM Eifel Cup.

After the 1972 GT season, Chassis 32 came to the dealership of Marcel Willemin in Geneva for use as an exhibition piece. It was this venue in which the consignor first saw the car, and he proceeded to purchase it from Canonica via Willemin in September 1980. On his way home to Stuttgart, the consignor received a trove of racing accoutrements from Canonica, including a variety of additional suspension components and full case of interchangeable gear ratios which accompany the sale.

Upon return to Stuttgart, the consignor refinished the car in Guards Red after stripping the chassis to bare metal and repairing minor damage suffered during its racing career. The chassis was found to be accident-free apart from slight damage to the front left. Historic imagery on file illustrates this damage and its subsequent repair, and also examines several exclusive structural features of this chassis which substantiate its factory-prepared origin. Upon the completion of repairs, the consignor removed the 2.0-liter Carrera 6 engine to dry storage and fitted the car with a 2.7-liter 911/83 unit from a Carrera RS.

Sparingly enjoyed yet carefully maintained over the past 40 years, this elusive and factory-prepared 914/6 GT has just emerged from a complete restoration completed in March 2021. From 2002 to 2020, the car’s original 2.0-liter race engine resided within the collections of two subsequent 914/6 enthusiasts. Fortunately, the unit remained untouched, affixed to the pallet on which the consignor had placed it in 1980. Late last year, the consignor reacquired the engine and had it completely rebuilt to factory specifications by the renowned air-cooled specialists at BSM Salewsky in Eupen, Belgium. The chassis was also refinished in its period-correct Tangerine exterior and Ecurie Biennoise livery. The interior has been lightly updated with new Willans shoulder harnesses and roll cage padding. 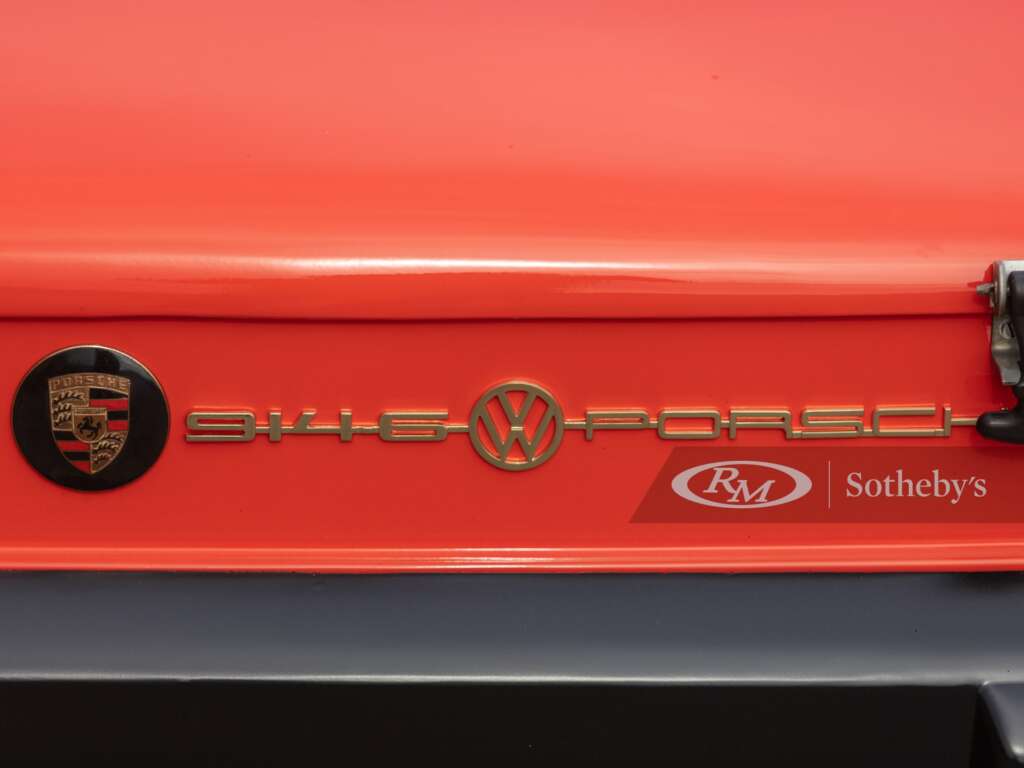 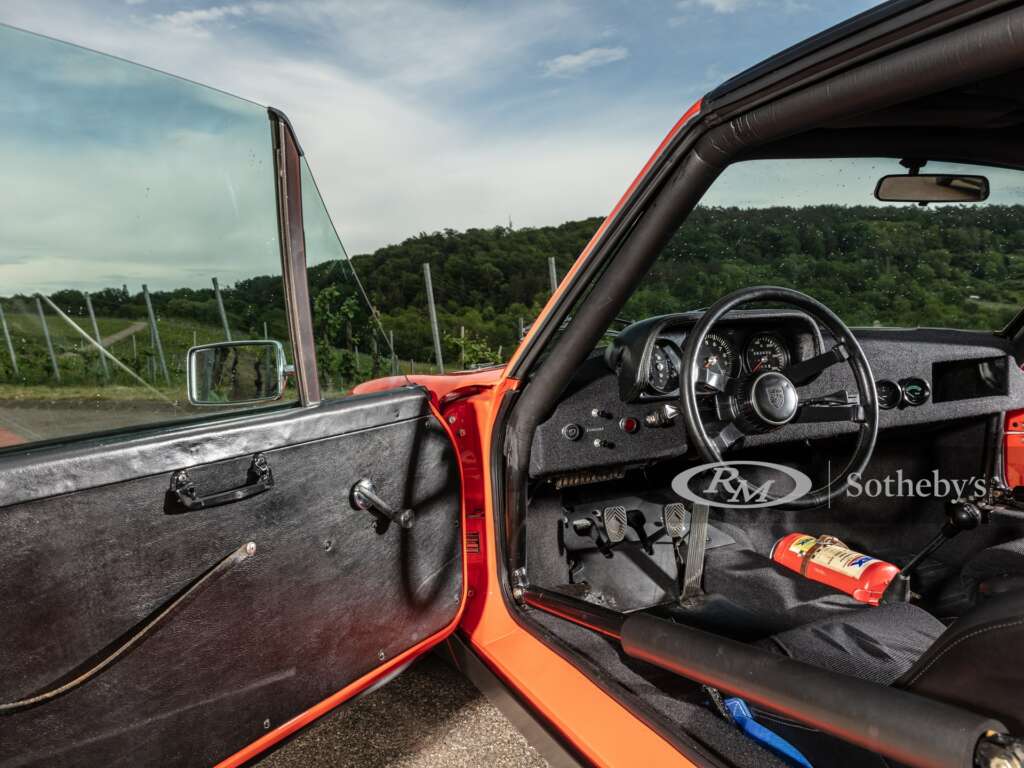