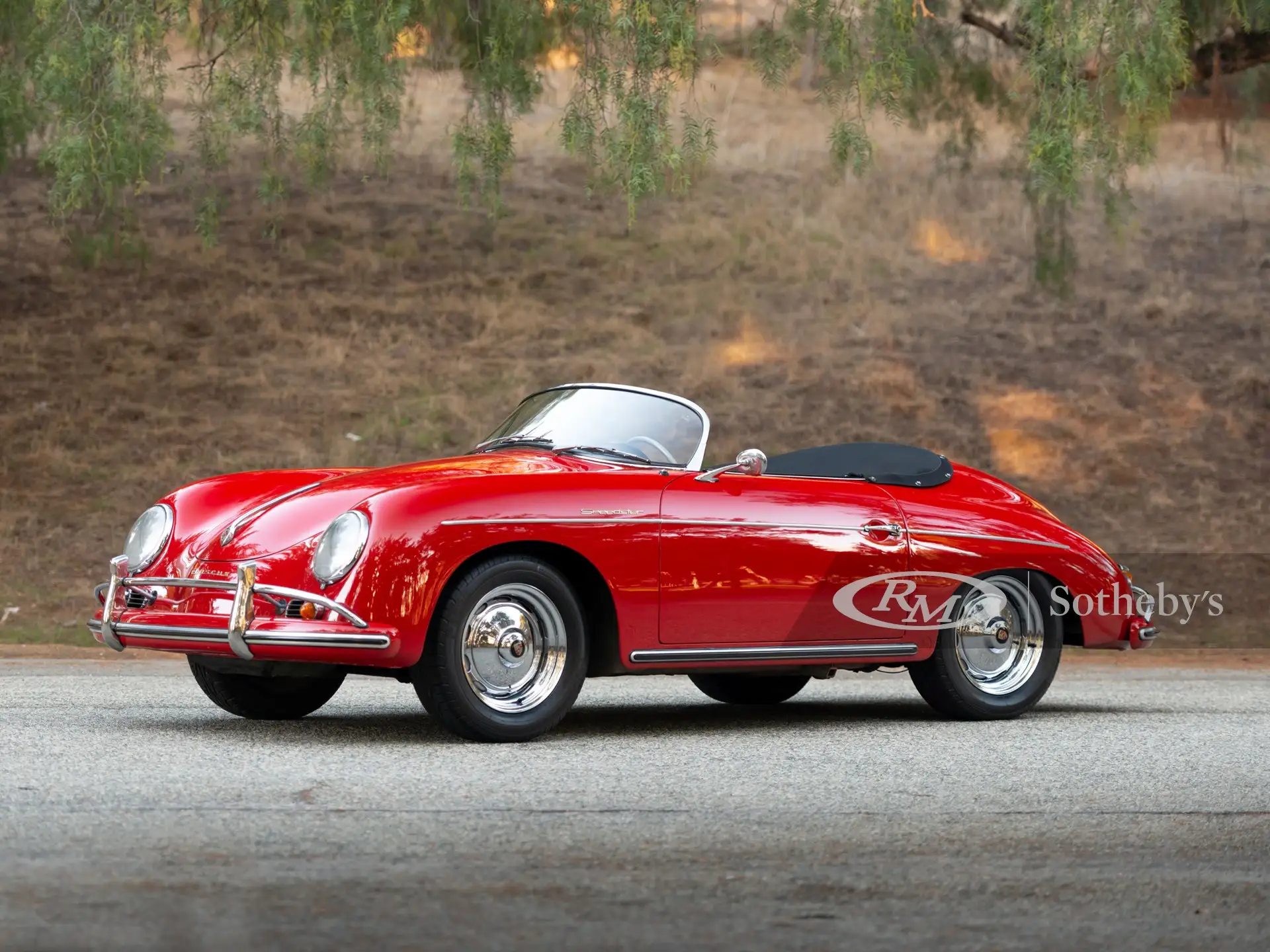 A rare T1/T2 “transitional” example of the immensely desirable 356 A Speedster – Benefits from 50 years in current California ownership; sports many unique period touches

Auction Phoenix, Arizona January 27, 2022 View all lots for this auction
This car auction is hosted by RM Sotheby’s. Click here to continue to the auction.
Go to auction page 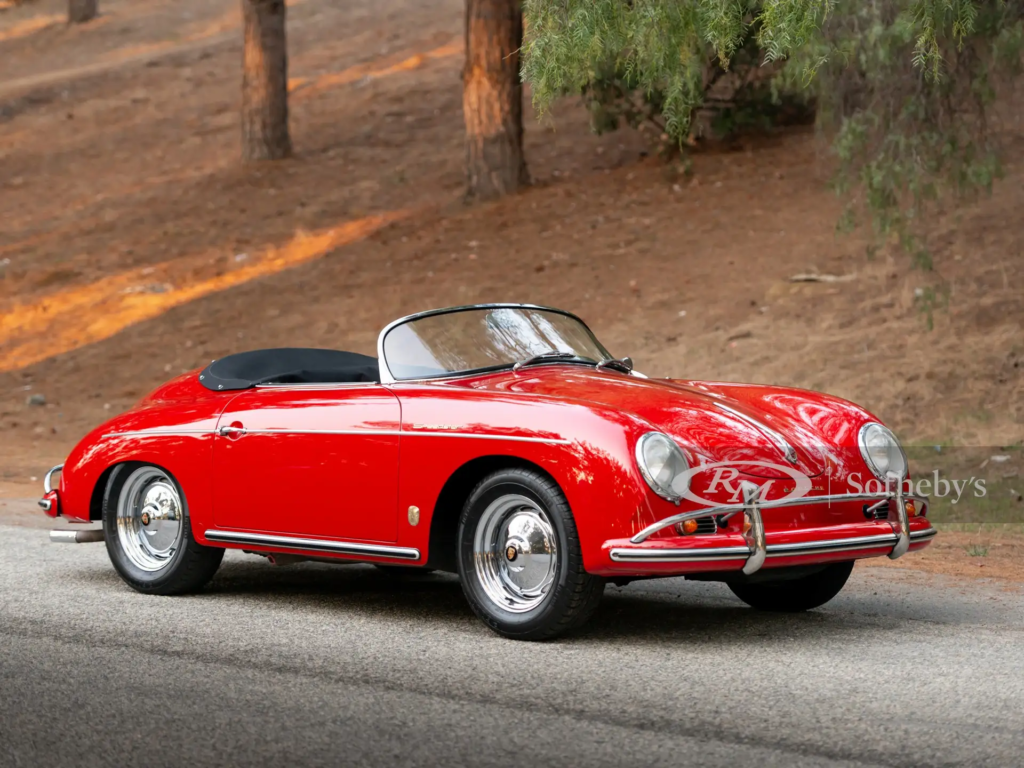 Who could have foreseen on its introduction in 1954 that the Porsche 356 Speedster would become a cultural icon and one of the most coveted sports cars in history? Initially conceived by Porsche as a bare-bones (and thus, less expensive) offering, connoisseurs both then and now quickly realized that the Speedster offered a uniquely purposeful, purist driving experience, and each example is coveted today.

Making this 1957 Speedster even more noteworthy, it is a rare T1/T2 “transitional car” that features both the doors and handles of the earlier “Type 1” 356s, plus features including attractive teardrop taillights and the “shine up” license plate lamp of the “Type 2” cars that would follow. Delivered to a new American owner, most likely through John von Neumann’s franchise, a hand-written entry on the accompanying Kardex copy indicates that its original color was Silver Metallic.

About 15 years later it was traded in to Beverly Hills Porsche and acquired by a southern California law student who used it as his daily driver for many years and continues to enjoy it to this day—an amazing 50 years of continuous ownership.

In 1973, he sent the car to Coachcraft Limited, the renowned Los Angeles auto restoration shop operated by the Stoessel family, where over a year-long period, it was stripped to bare metal and resprayed with six coats of bright red paint and then clear-coated. The floors, battery box, doors, and both lids, were said to be solid and original, with the correct chassis number stamps. The panel gaps were nice and consistent, and it was fitted with correct bumpers. Further, it was equipped with a Bursch exhaust, shortened shifter, and 15-inch chrome Super wheels with “nipple” covers (the original wheels accompany the car today); all tell the story of a well-loved Speedster lightly, and tastefully, modified in period style.

The current owner and consignor had the car maintained by Bob Fern at the Porschop in Culver City, California, who rebuilt the top end in the mid-1980s; he states that the numbers-matching engine was fully rebuilt to original specification by Klaus Holthaus at Porsche NARW (North American Racing Works) in Reseda about 2,000 miles ago.

In recognition of its undeniable appeal, in the late 1980s this car was photographed for the coffee table volume Porsche: The Fine Art of The Sports Car and featured in a six-page spread. Serviced within the past year, this pretty Speedster is perfect for warm-weather driving, and its lengthy history of dedicated ownership, unique period touches, and status as a rare T1/T2 transitional car make it a particularly appealing prospect for the true Porsche enthusiast. 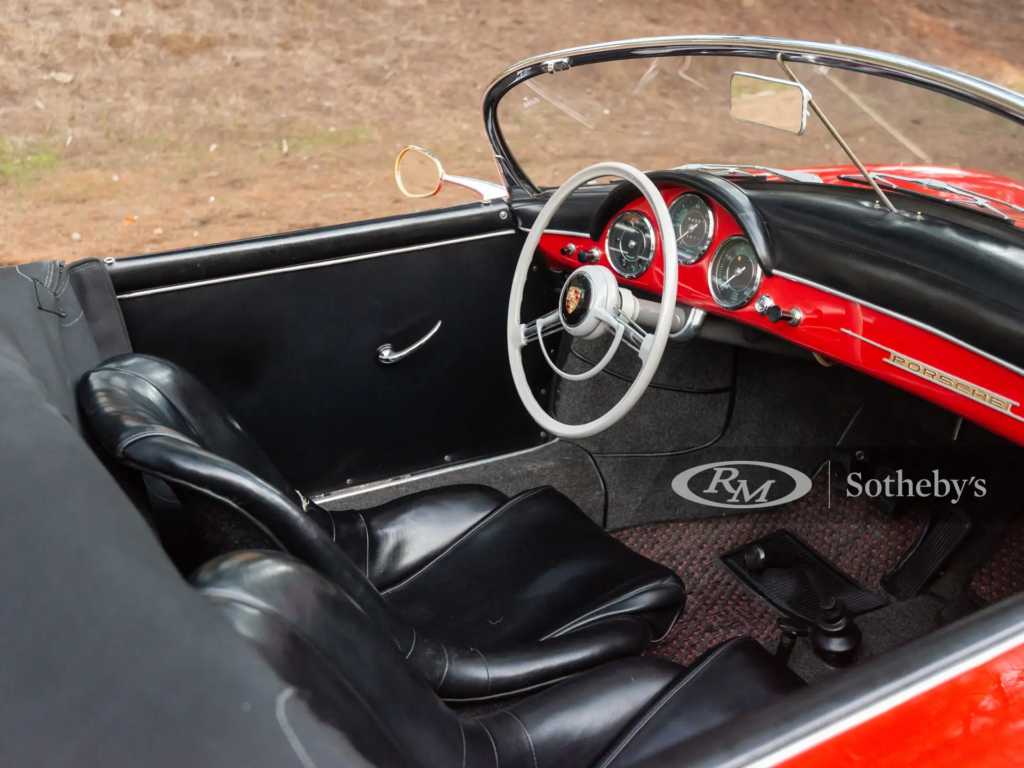