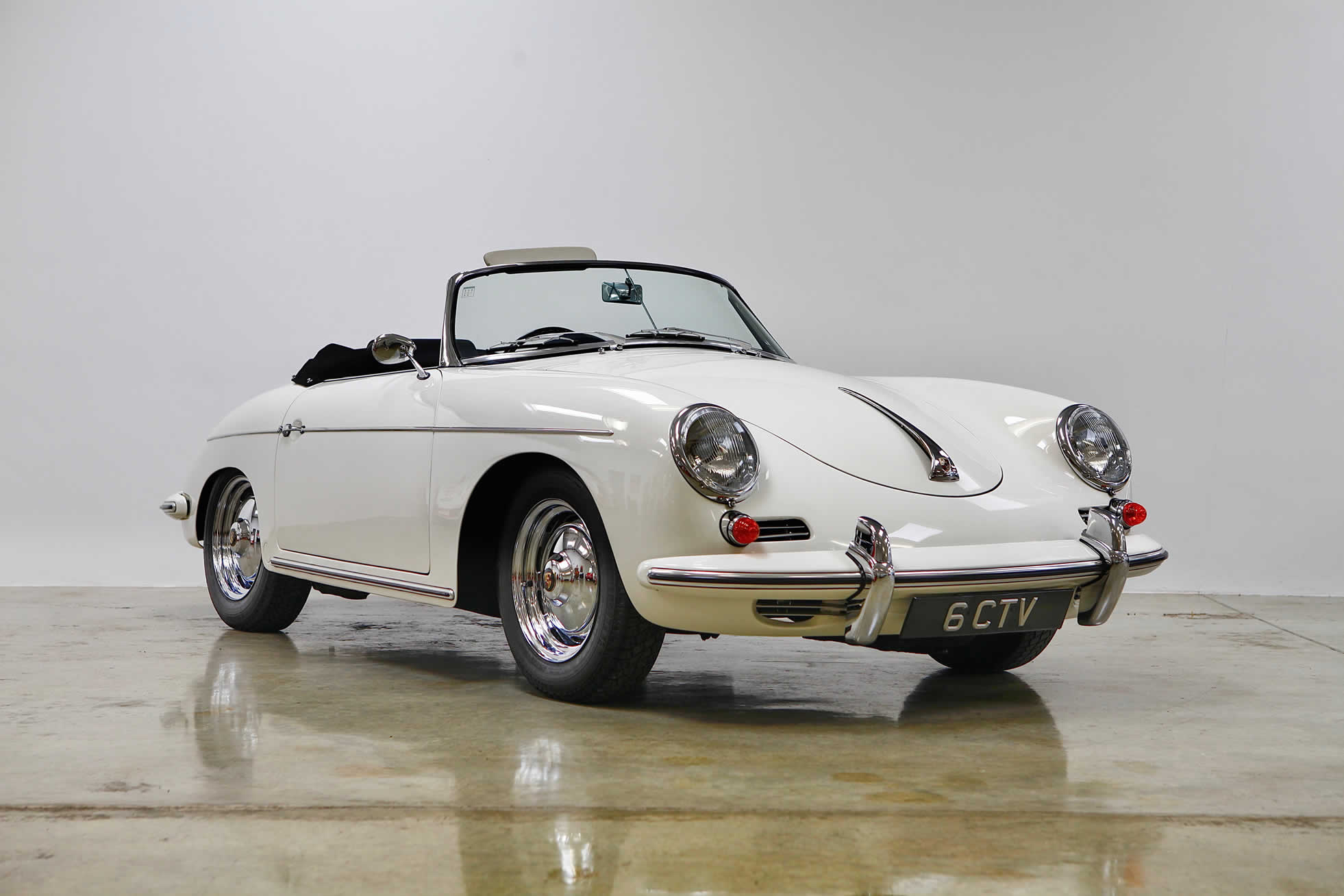 ‍Built immediately following and in the Speedster tradition, the T-5 bodied Roadster retained all the spirit of the early Speedsters and yet, whilst alike at first glance, offered a few simple but worthwhile improvements – namely, more comfortable seats, wind-up windows with finished door panels plus an all-weather top and higher windshield, all of which added up to much-improved comfort and practicality. In 1971 the car was acquired by professor John Frederick Stein of Magdalen College, Oxford, as listed within its original buff log book still on file and later sold on again in 1974 and 1976.

By 1993 the car was advertised for sale by Parr Garage in need of restoration and was acquired by Mike Bradley (UK). He commissioned 356 specialists Richard Kann in Graz, Austria to carry out a ground-up restoration which is fully documented in the history file. The car benefits further from an engine rebuild here in our workshop during 2008 and have been maintained in storage with us here since 2010.

Finished in Light Ivory with black leather interior and black mohair hood, we are delighted to offer this rare UK RHD Porsche 356B Roadster, serviced and ready for immediate use. 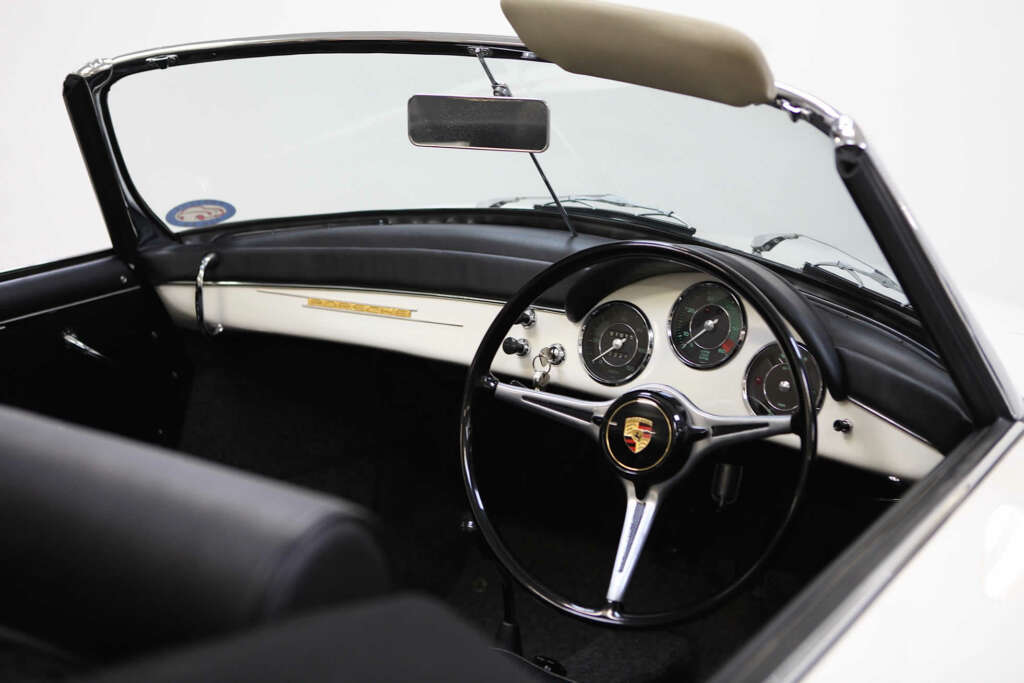 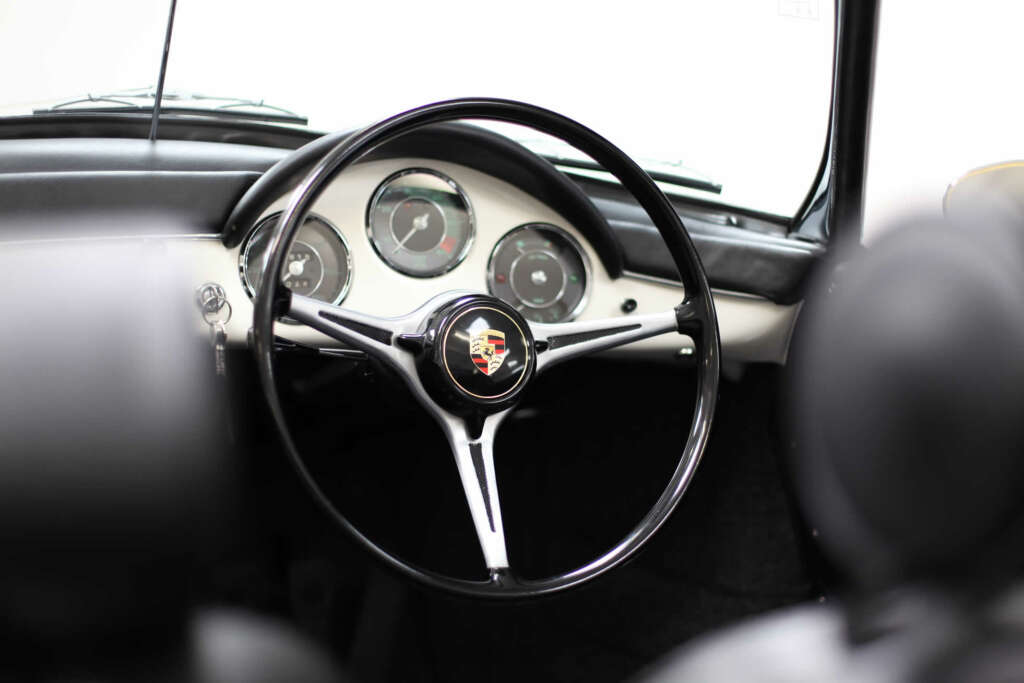 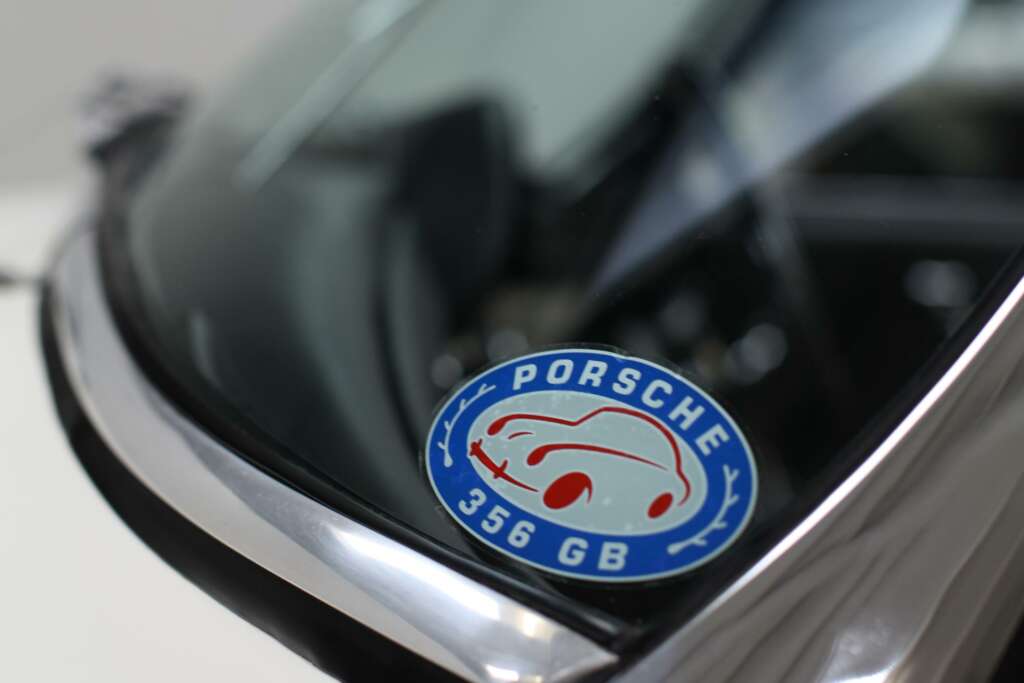 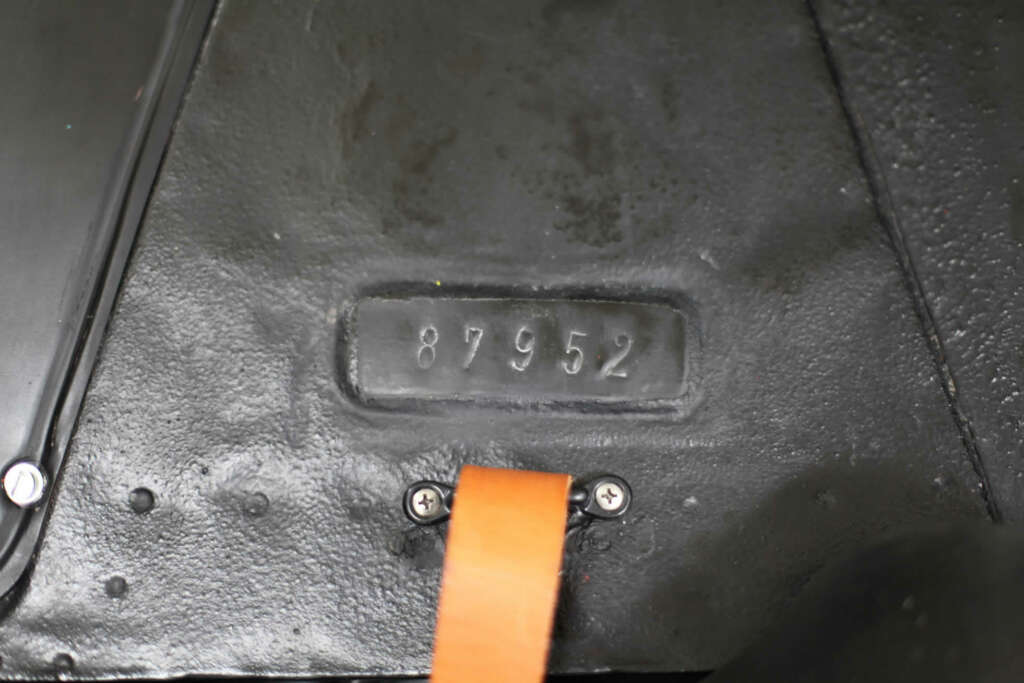