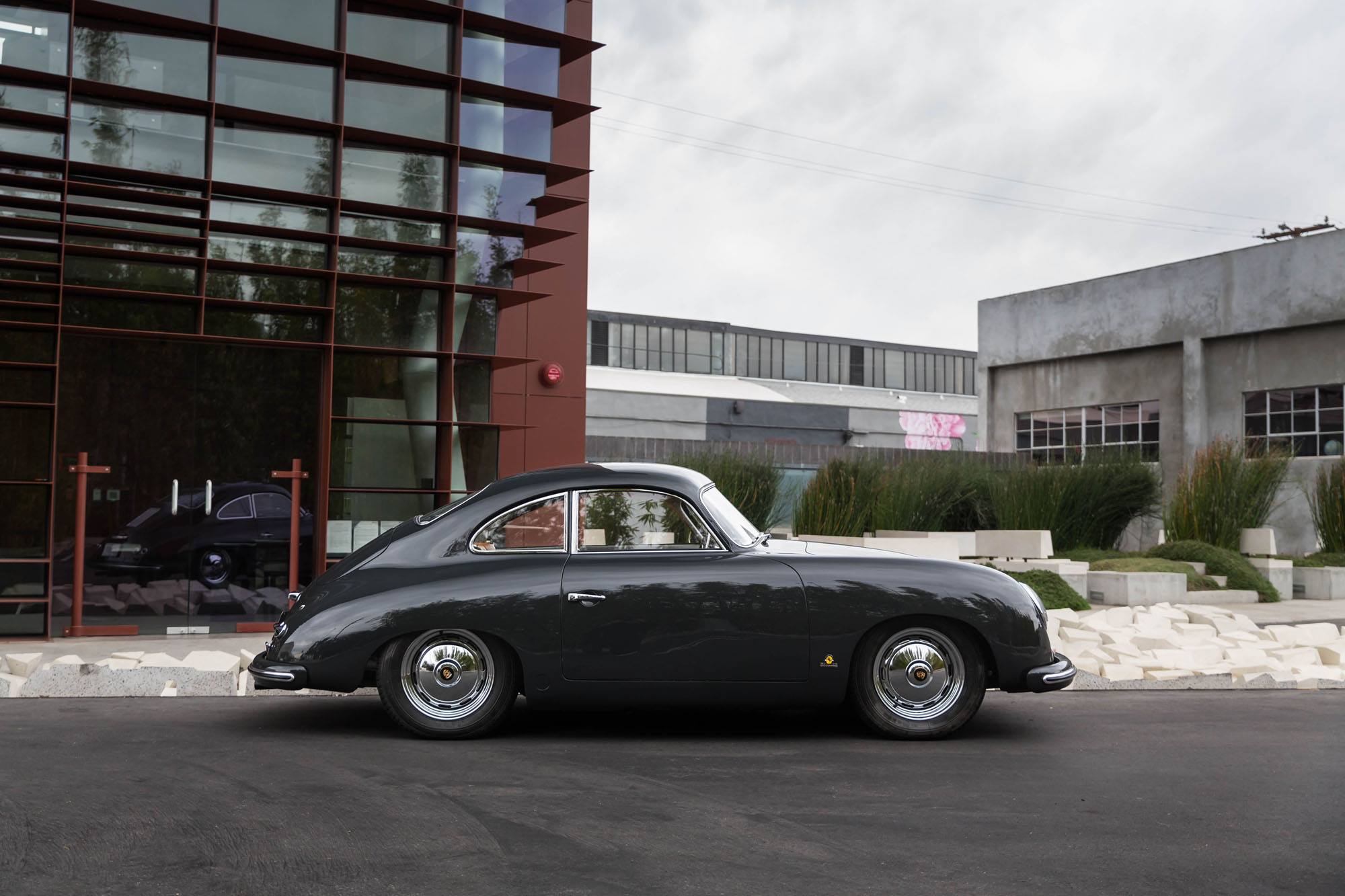 This interesting and very attractive 1953 Porsche 356 Pre-A coupe was built by a long-time marque enthusiast and restorer in Ohio to meet his personal taste. Modified with a later engine and updated bodywork, it has a strong Outlaw flavor.

Auction RM Sotheby's: Arizona January 22, 2021 View all lots for this auction
This car auction is hosted by RM Sotheby’s. Click here to continue to the auction.
Go to auction page 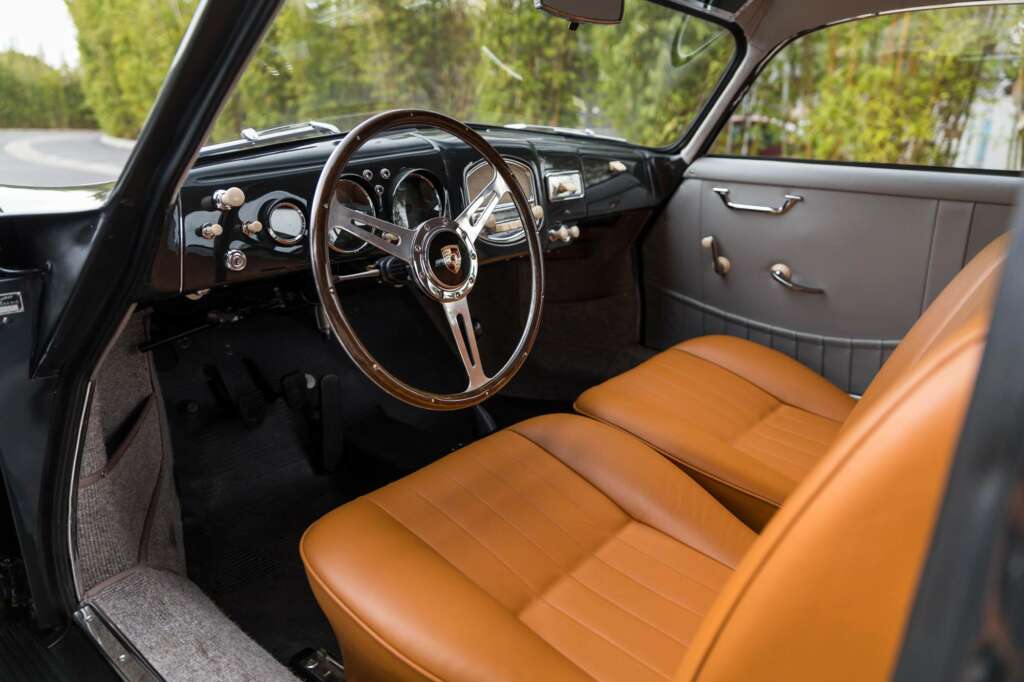 The former owner acquired this car circa 2000 as a project and rebuilt it over the next 18 years. The odometer reads less than 78,000 miles but the correct total is unknown. Very little is known about its early history, as its factory Kardex lists only its chassis, engine, and transmission numbers and the fact that it was a US-specification version shipped to Max Hoffman’s distribution center in New York City. Delivered from the factory in Pascha Red with a tan corduroy fabric interior, it was fitted with a Type 356/1500 delivering 55 brake horsepower through a four-speed manual transmission.

The owner is said to have replaced rust-prone areas of the chassis including the floors, longitudinals, battery box, and other structural panels with reproduction sheet metal. The original nose clip was replaced with one of 1962 vintage, and many of the suspension parts are also of that year. A 1964 356C 1600 case was rebuilt with Shasta “big-bore” pistons and cylinders, an SC crankshaft, and a sport exhaust. As a standard 1600 “C” engine is rated at 75 brake horsepower, this unit would likely develop something in the area of 80 or more, and the car is said to perform well. Power is transmitted via a rebuilt Type 741 four-speed manual transmission. Drum brakes were retained, but now rest behind aftermarket 4.5 by 15-inch chrome rims with 1600S crested hubcaps. New Michelin radial tires were fitted in 2016.

The bodywork shows good panel fit and door gaps. It was resprayed an attractive and period-correct Slate Gray and the interior reupholstered in a combination of light gray and butterscotch, with gray carpeting and black rubber floormats. The nicely-detailed engine compartment is also lined with grey leatherette. Period-correct optional green-tinted plastic sunvisors are fitted to the windshield header, and there is a Derrington-style wood-rimmed alloy steering wheel. There is a radio, but it is non-functional. The owner replaced much of the exterior bright-work, and a new German Sigla windshield was installed, along with LED tail lamp bulbs.

A partial tool roll and a spare are included. 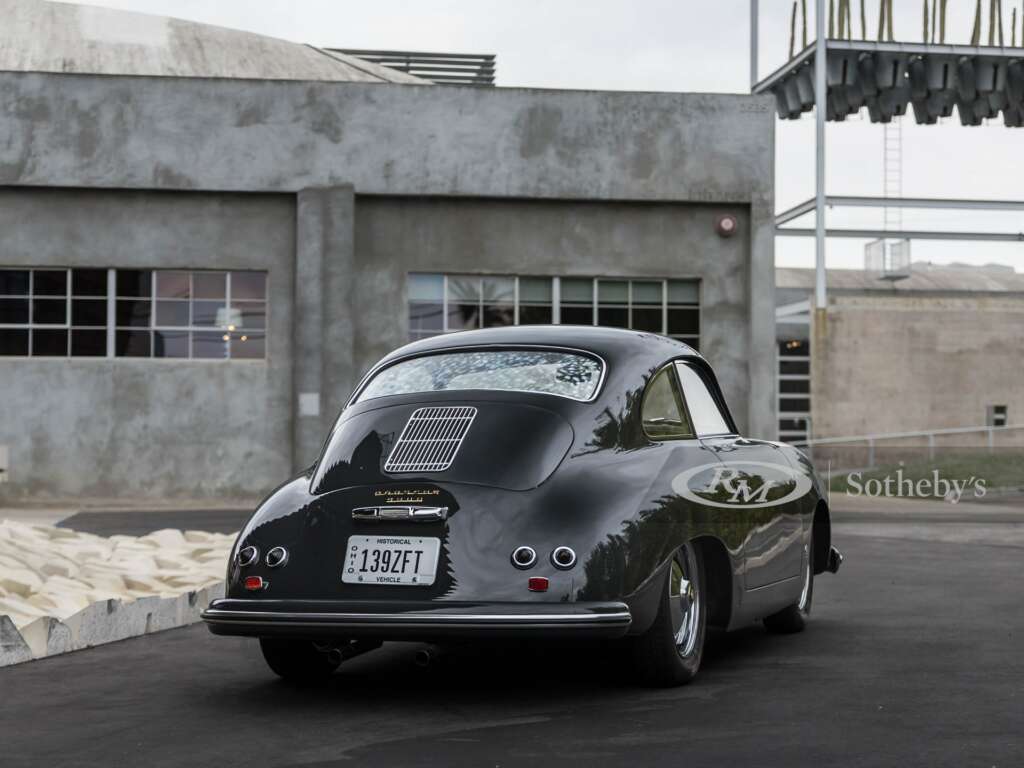 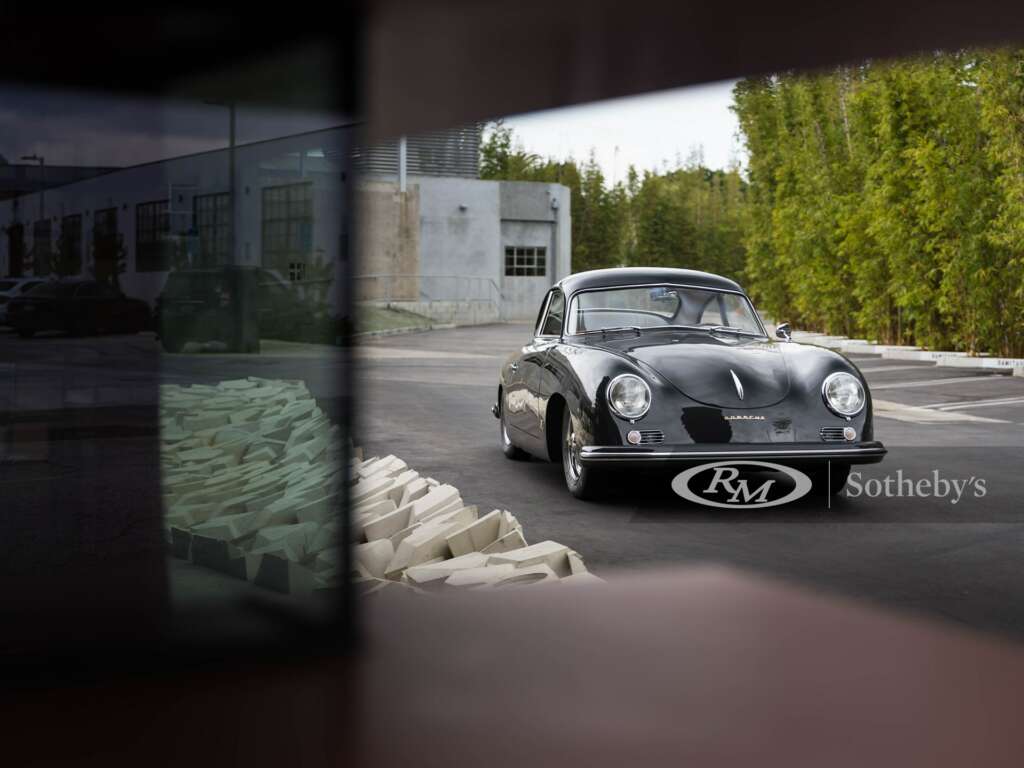 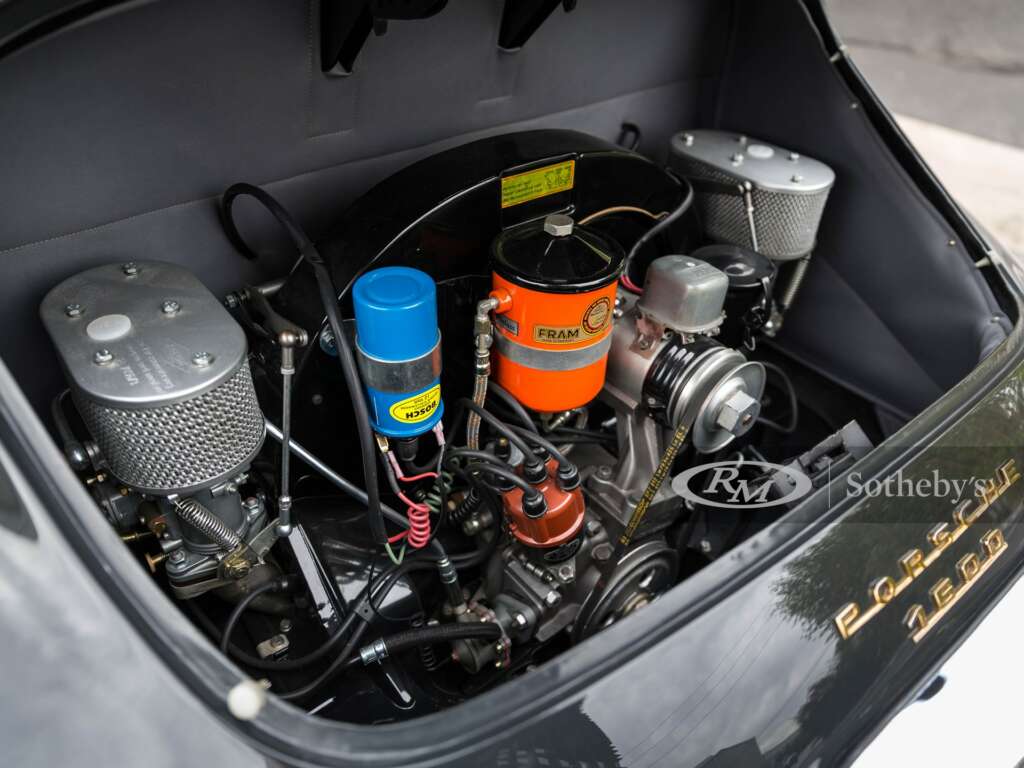 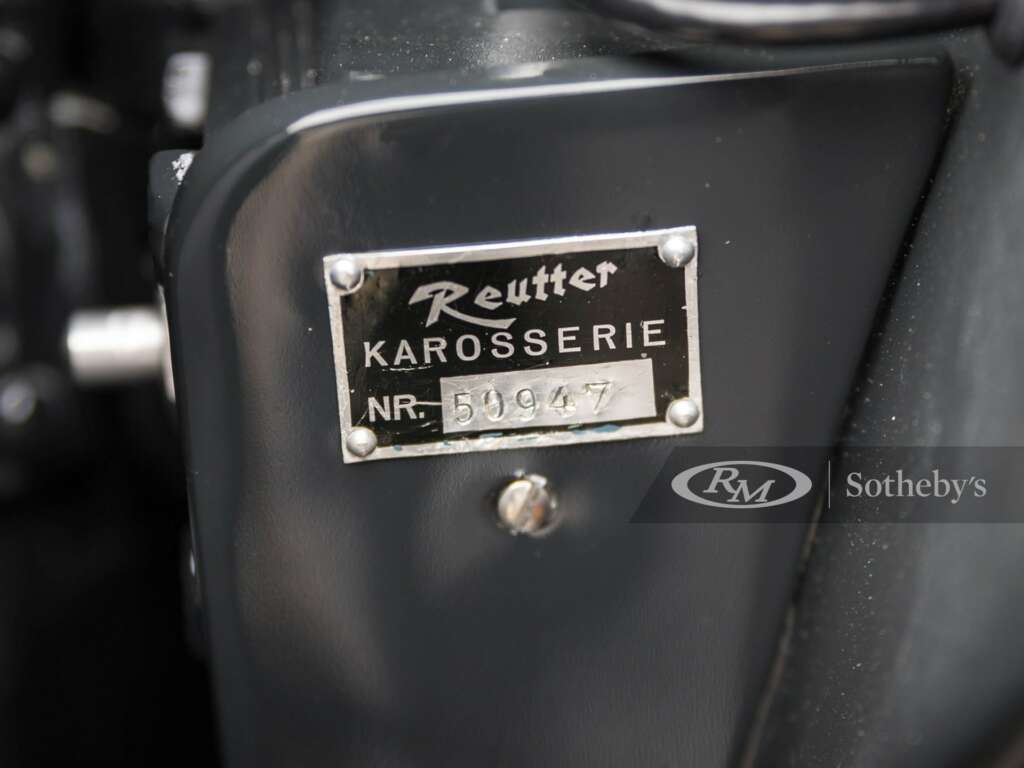 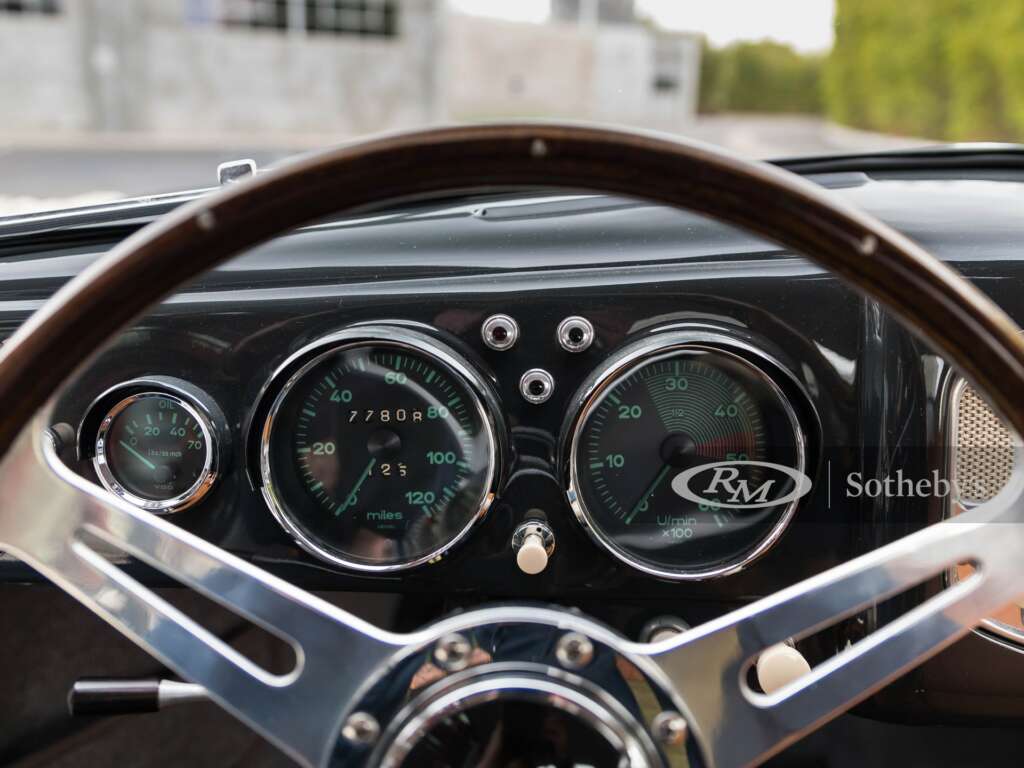