One of only 228 Continental Cabriolets built in 1955 – Unique, special-order car with rare accessories, including a Petri steering wheel – Retains its numbers-matching engine – Restored by a marque specialist and presented in its unique, factory-correct color combination Porsche’s first series-produced 356 Cabriolets appeared in 1950, with Karrosseriewerk Reutter building five examples and Gläser of Dresden issuing another 33. Production amped up the following year, with Reutter assuming all 356 Cabriolet production in 1954 and continuing production through to the end of the 356 series in 1965. As it was both luxurious and expensive, the model enjoyed popularity with touring drivers, and its fixed windshield, multi-layered folding top, and fully bolstered seats made it a comfortable choice for all-day cross-country travel.

By the time that the car offered here left the factory on 22 December 1954, Porsche had sold several hundred Cabriolets, most of them to the U.S. market, which was rapidly becoming the small automaker’s most important source of revenue. Nearly all of them were imported through Max Hoffman’s legendary dealership on Park Avenue in New York City. Hoffman suggested that since American manufacturers were applying stylish names to their products, Porsche coupes and cabriolets delivered in the United States should be named Continental, a name which was applied to the 1955 models. The name quickly caught the attention of Ford Motor Company, which claimed rights to that name for the stateside market. As a result, the gold Continental fender scripts appeared only for that year.

This intriguing US-market example offered here was the third-from-last 356 Continental Cabriolet produced in the 1954 calendar year. It is unique in that it was a “paint-to-sample” order, with its original buyer specifying orange paint, a black leather interior, and a black top. Orange would not appear on Porsche’s palette until the 1957 model year, and even then it was only available as an extra-cost Special Order item. To answer the order for this car, Porsche had paint manufacturer Lechler create a specific shade of orange.
Nearly 30 years ago, the car was acquired, in rough but mostly complete condition, from its original owner by noted 356 collector Lawrence Redman. Redman stored it in a hangar near Oxnard, California, until 2009, when, shortly before his passing, he was persuaded to part with the car by its previous owner.
After its purchase, Ed Palmer’s shop in Camarillo, California, took the body down to its bare metal, finding evidence that the car had indeed been originally finished in Orange, as was confirmed by its Kardex. The car was purchased with most of its original components, but marque expert Michael Shatz undertook a lengthy search for some missing critical trim items. Most of the correct parts were eventually found through various sources, with the only exception being the parking brake handle. Meanwhile, Palmer completed the necessary bodywork and applied fresh paint in the correct shade.
The car was then completed in Shatz’s shop, with the numbers-matching 1500 Normal engine, transaxle, brakes, and electrical system carefully rebuilt. Autos International rebuilt and reupholstered the original seats in black leather and made up new carpeting, and a new top was made by them and finished by Conejo Upholstery. The instruments were rebuilt by Palo Alto Speedometer.
The car rides on date-correct 16-inch wheels, mounted with whitewall tires, and it has numerous special accessories, including a multi-band Telefunken radio and an unusual rearview mirror that also houses the radio antenna. Its most intriguing feature, however, is the very rare and expensive Petri “Superb” steering wheel, which was offered as an aftermarket piece. The double rings with their thumb-pegs allowed the driver to control not only the high-low headlamp beams, but also the directional signals–by displaying the mode via three small indicator lamps built into the hub. This wheel, capped by a lovely Golden Lady hood button, was listed in the 1955 VW accessory catalogue as being priced at 125 Deutschmarks, which was a large sum for its day. Any Porsche owner might have found it tempting, and it is, indeed, the perfect finishing touch for this striking Cabriolet.
This visually arresting Pre-A Continental Cabriolet, complete with a correct tool roll, jack, and manuals, and fitted with one of the most exotic accessories of its day, is now ready to pass to a new owner. It turned heads when new and it will no doubt do so now whenever it takes to the concours field. 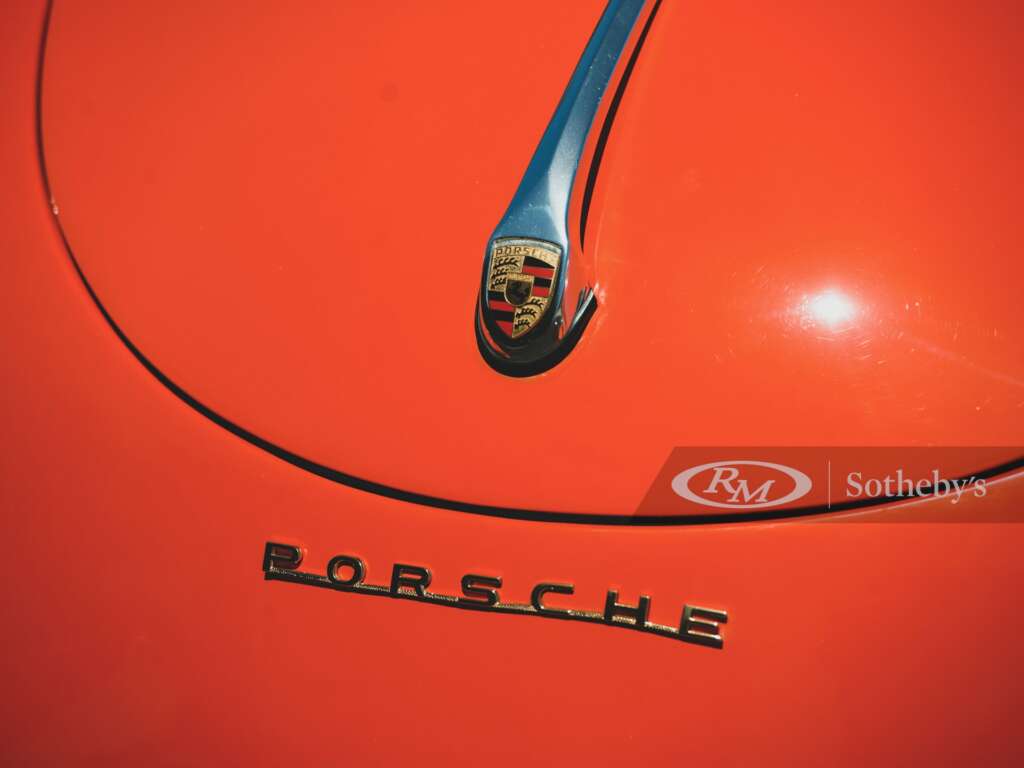 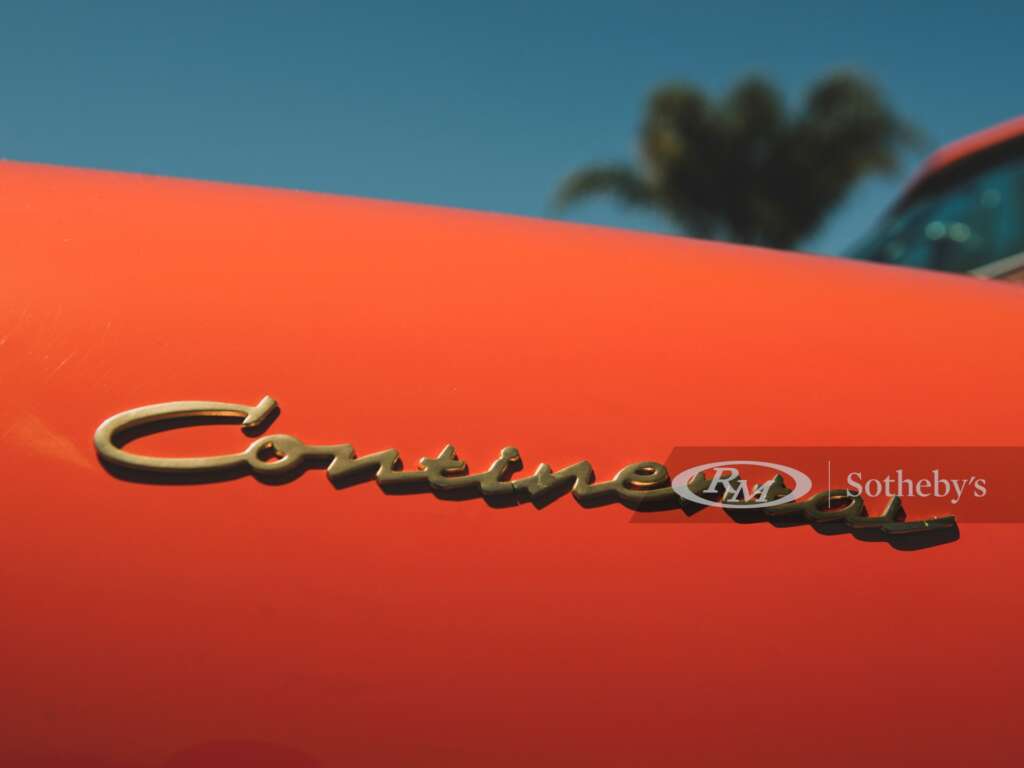 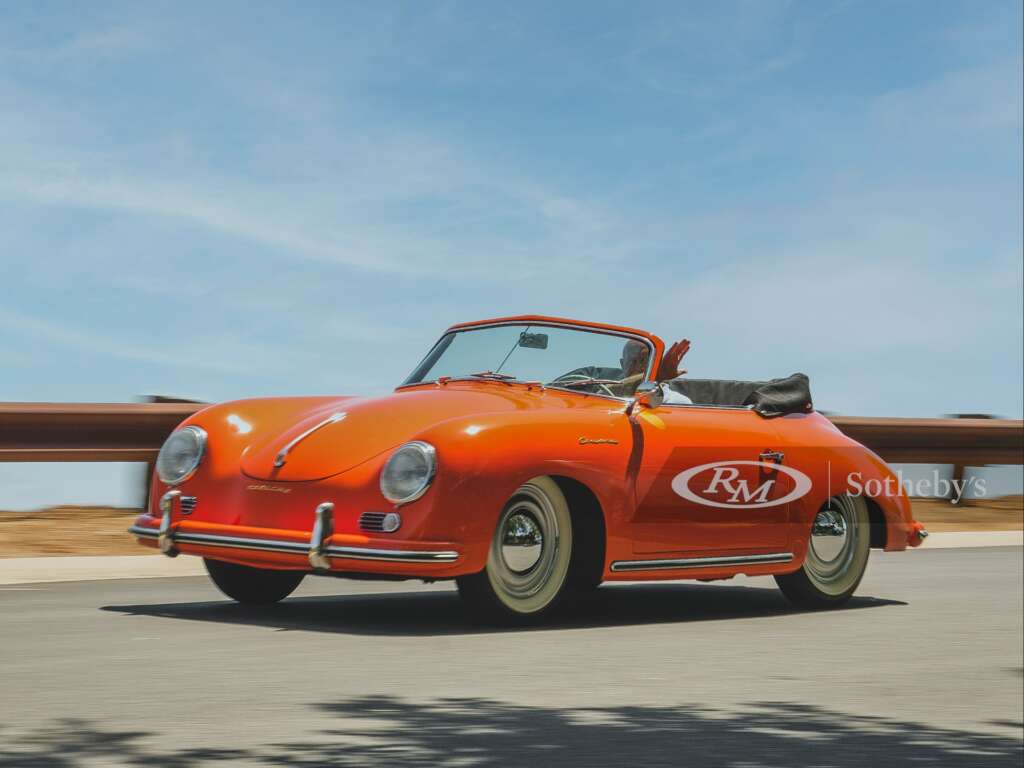 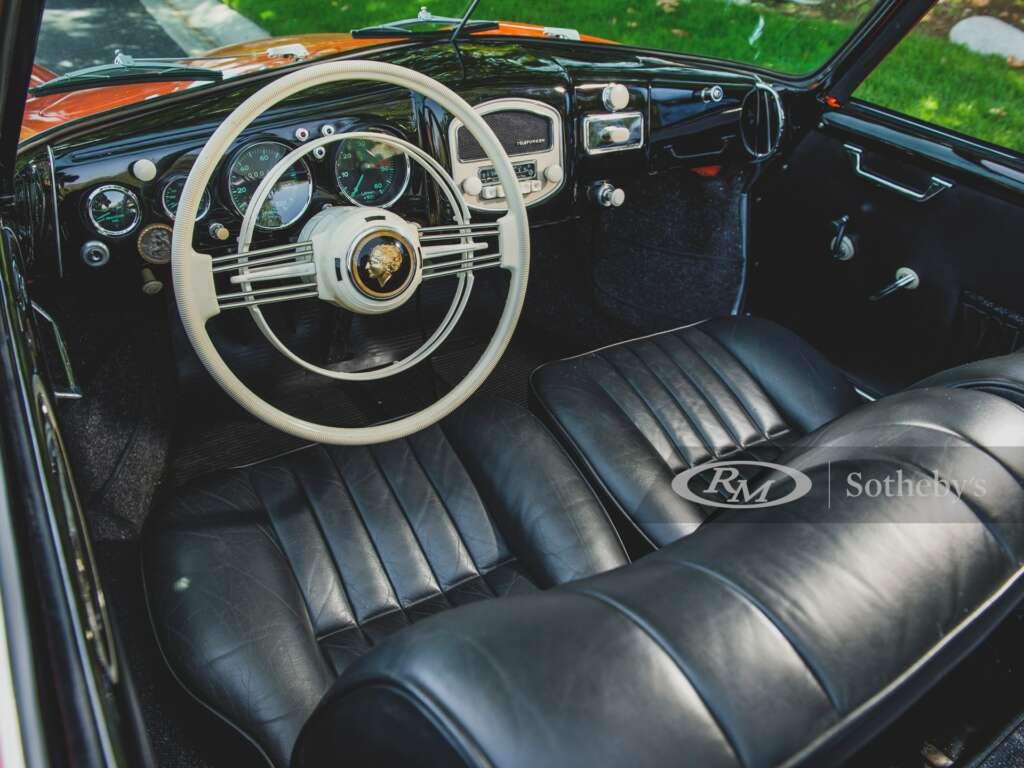 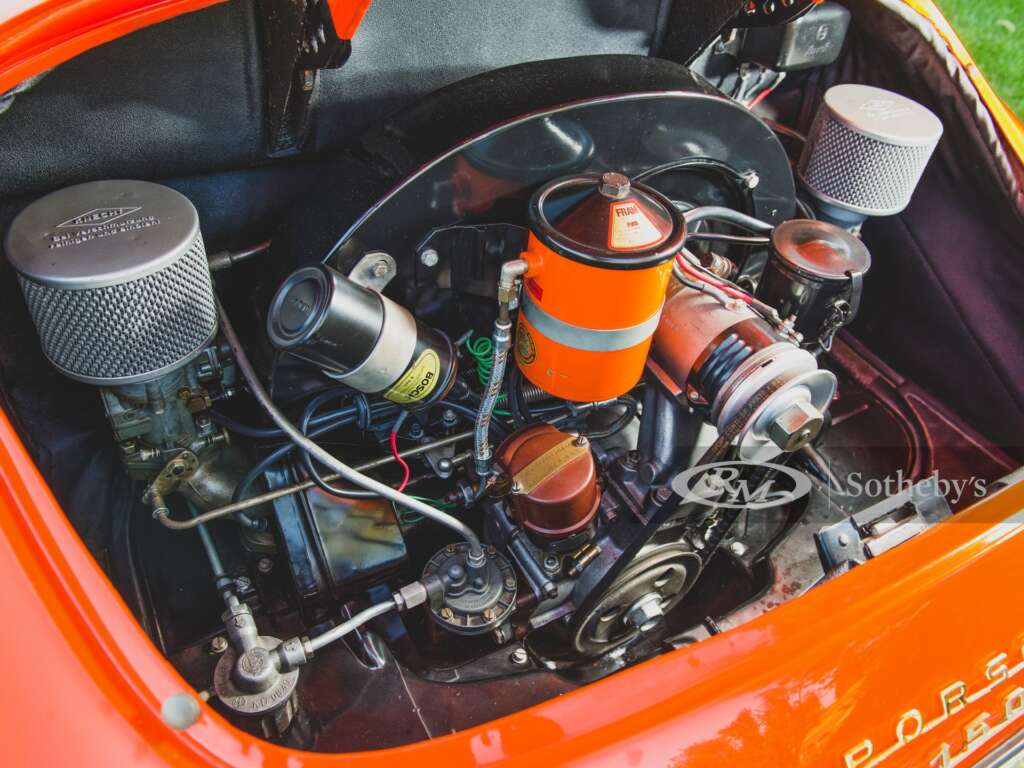