This 911 is in an exceptionally good, unrestored original condition. The history is fully documented. A current appraisal is available. In August 2006, we became aware of an unusual advertisement in a Porsche 356 forum. A lady from southern Bavaria had published the short-term sale of her Porsche 911 Cabriolet in a highly emotional manner. We made an appointment and visited the woman and her Porsche. She was the first owner and told us the story of her Porsche as follows:

On July 16, 1985, at the age of 32, she fulfilled her dream and ordered her Porsche in the color iris blue metallic with a wine-red interior from the Porsche Center Bauer in Weilheim. On August 27, 1985, she received a confirmation of her purchase application. The delivery request was the 4th quarter of 1986, the 1st quarter of 1987 was specified as the delivery date. When she followed up in July 1986, she received another confirmation of her purchase application on July 29, 1986, this time with a delivery date of May 1987. The Porsche was then delivered on June 10, 1987.

It is interesting that the Porsche was ordered as a 1986 model, i.e. the color iris blue metallic was the standard color in this model year.

The extras that were ordered were: metallic paint, bumpers with impact absorbers, reinforced battery, radio Bremen, alarm system and windscreen with a green wedge. Purchase price: 85,529.99 DM. It was delivered as an 87 model in June 1987 – when Iris blue metallic was a special color. Other optional extras that were not ordered were the G50 gearbox and catalytic converter. Actual purchase price: 93,481.00 DM.

The first owner assured us that she had not ordered a catalyst and did not want it either, but was talked to her when it was delivered and that she accepted it because of the long waiting time. She also assured us that the vehicle was accident-free and in the original paint. All that was necessary was to paint the front right wing and the cowl due to an object that had fallen over in her garage. A paint layer thickness measurement showed a continuous paint layer thickness of 200 to 300 μm on the rest of the vehicle, which indicated a complete paint job . After an intensive search, we found evidence of the color linen in the trunk. So we came to the conclusion that a different order, i.e. a body already produced in linen, was used for this order. This was repainted in the Porsche factory at the highest level in iris blue metallic.

In the first few years this 11 Series was driven frequently – later a few hundred kilometers a year. According to the first owner, he was pampered like a baby: "Covered up and jacked up in winter so that he doesn't stand on the wheels."

All parts are original equipment, original and undamaged. Pin suede in wine red adorn the interior and form a harmonious contrast to the iris blue exterior paintwork and the dark blue hood. 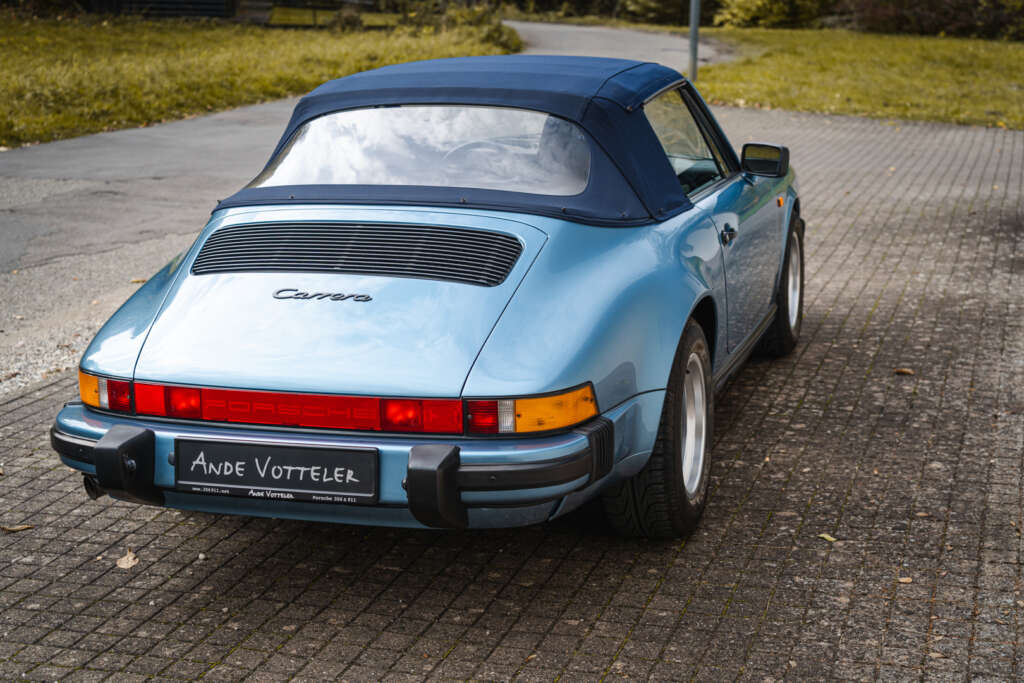 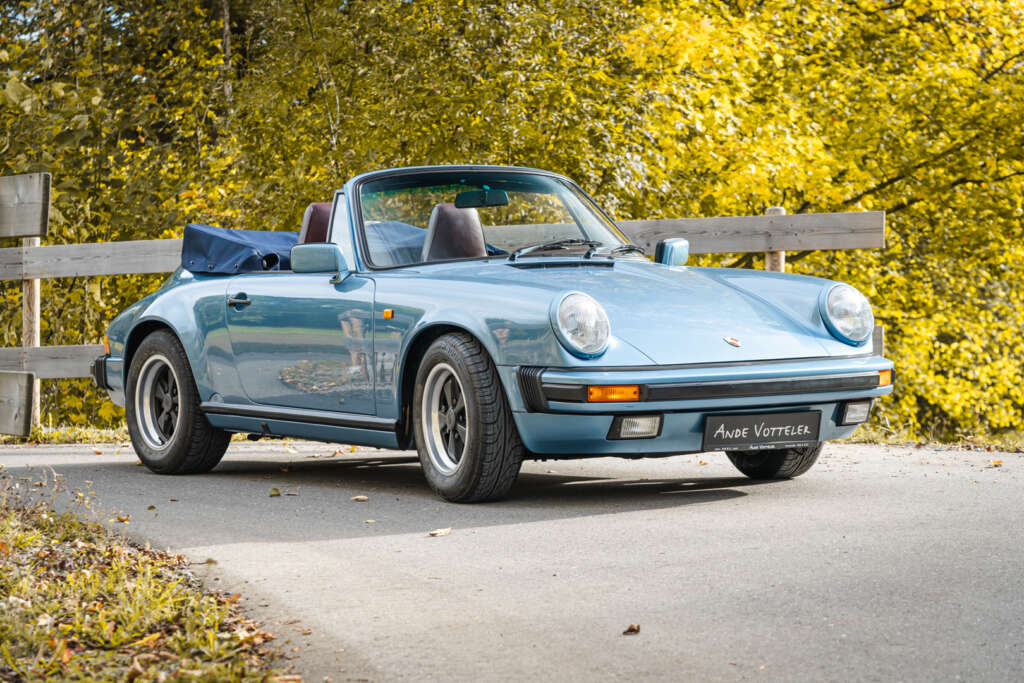 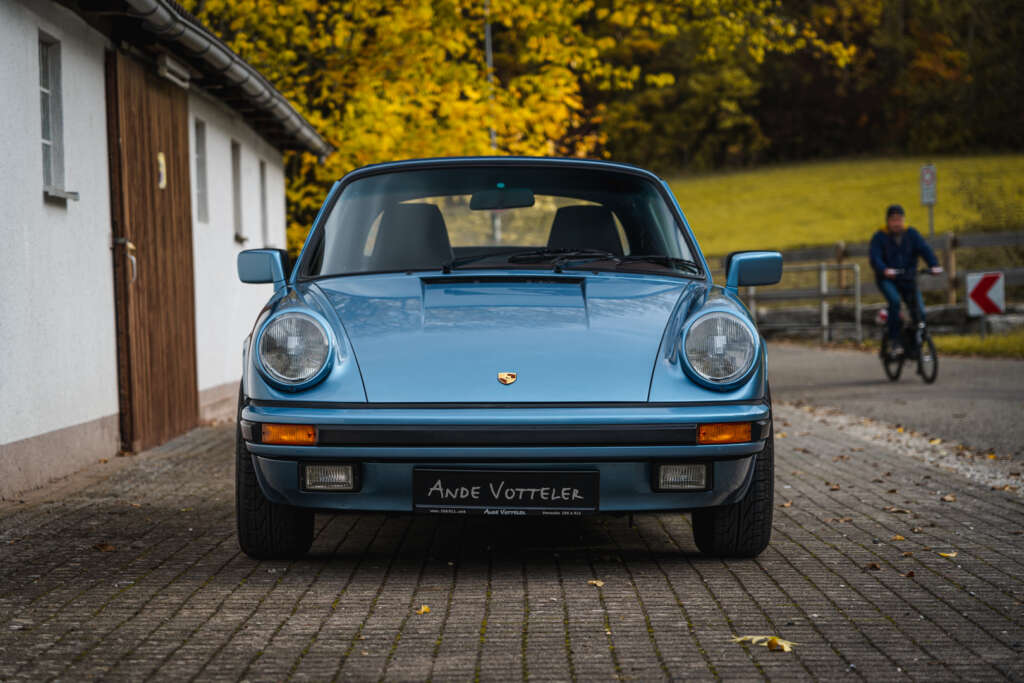 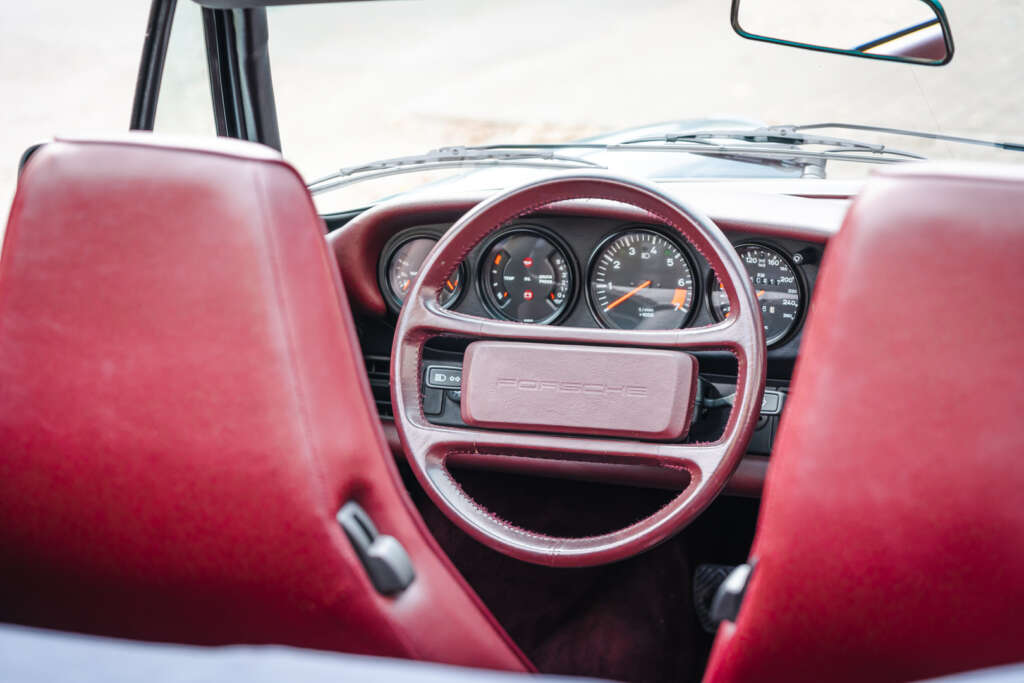 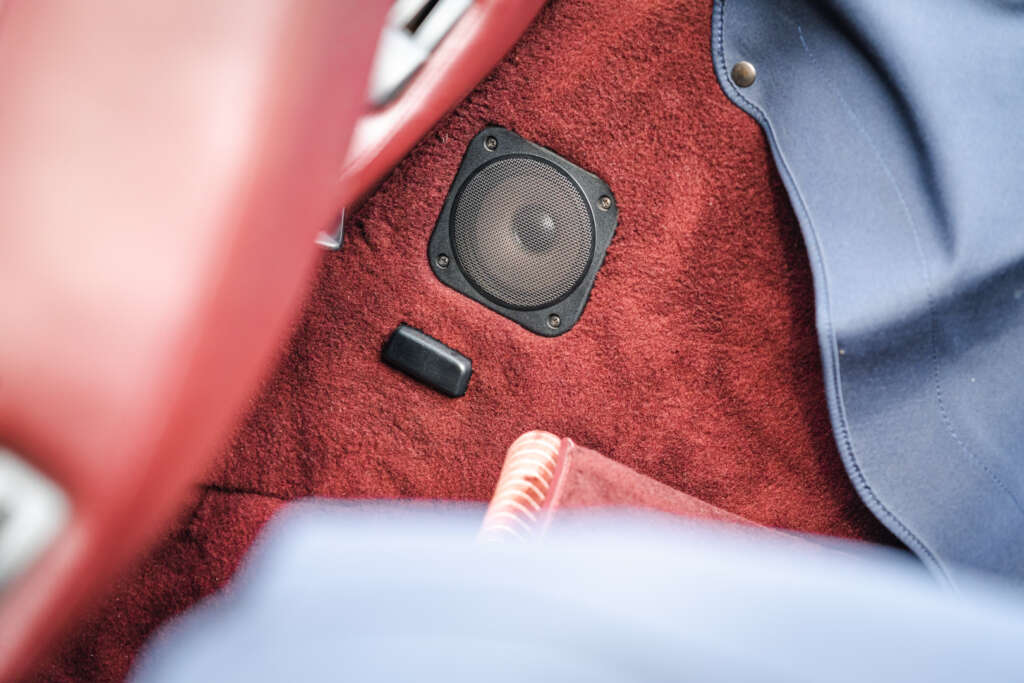 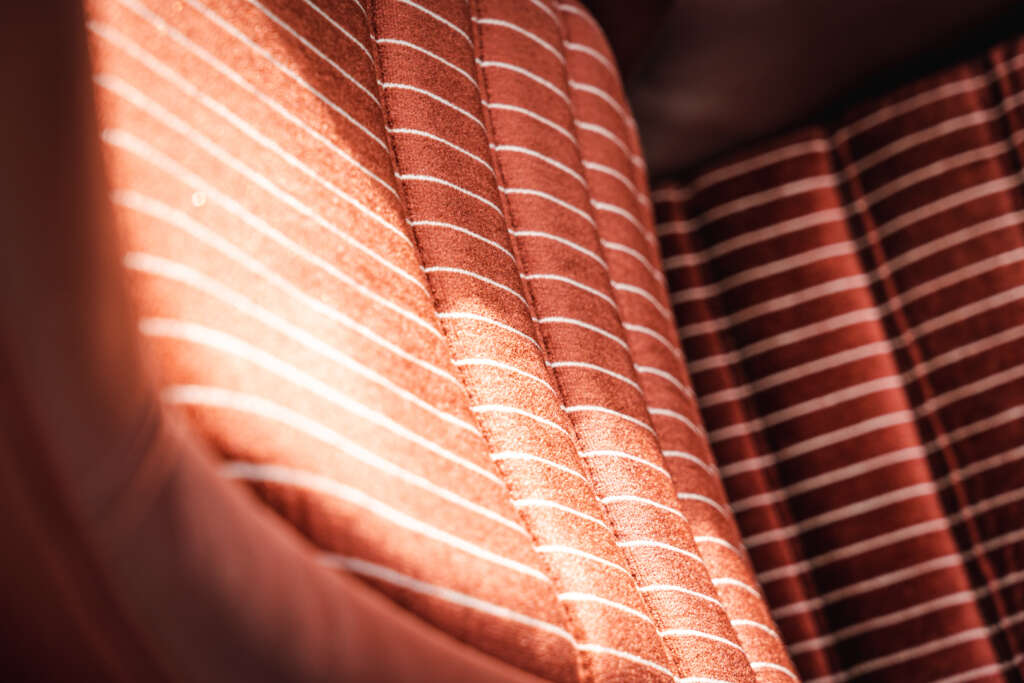