The Porsche 911 Carrera 3.0 offered here is a former in-house vehicle from Porsche. The first owner was the former Formula 1 racing driver Jochen Mass.

You can find a comprehensive story about this vehicle here: >> Story One of two color test cars

This somewhat bumpy word describes the first chapter in the special history of this Porsche. According to the birth certificate, the Carrera 3.0 was delivered in 1977 (model year 1976) as an in-house vehicle (internal purposes). One of a total of two color test cars with the special color “mother-of-pearl-ivory”, which even then was not reproducible. It was an iridion paint. Paint tests with this type of paint were soon discontinued because they faded very quickly and were therefore not usable for series production. The car was then painted by the Porsche factory in mother-of-pearl (code 947). In the course of a complete restoration in 2005, the original formulation of the test color at that time was determined with a lot of effort. The entire car was searched for original paint residues. They were found under the rubber pads on the rear bumper. Exactly this color was then remixed by the painter.

As invoices and an entry in the service book show, the engine was completely rebuilt in 1989 by the world-renowned company RUF from Pfaffenhausen, and with the SCR kit, the performance was optimized to 217 hp. This Carrera is one of 200 RUF factory conversions ever made.

The then Formula 1 racing driver Jochen Mass found out about this very special color test car through his good connections to Porsche. He liked the color so much that Porsche made the Carrera 3.0 available to him as a company car. That this car is a special Porsche vehicle is also confirmed by the fact that many interior parts are marked with the production number. At that time, this only happened with VIP and Porsche family vehicles. Jochen Mass used the Carrera, among other things, to travel to various races. So it happened that on the way to the Formula 1 Grand Prix in Barcelona, Mass suddenly had to avoid a truck on the motorway. Fortunately, this maneuver only led to a minor sheet metal damage, which was then repaired at the Porsche factory. A front fender had to be replaced. In the course of this, the car was, as already mentioned above, painted with the then standard color mother-of-pearl (code 947).

The interior exudes the spirit of the late seventies and inspires with its originality. Everything remained untouched, even the floor mats are still delivered as they were then. The black leather shines and has a charming patina. The way it should be for a car with this story.

Shimmering in all rainbow colors and incredibly robust: Small sea animals produce the raw material mother-of-pearl, which fascinates designers and technologists alike. Due to its special surface structure, which creates a matt, iridescent sheen when exposed to light, it is used in the production of art objects such as B. Jewelry and decorative buttons.

For an individual consultation, we ask you to contact us before viewing
The DAVID Finest Sports Cars team will be happy to answer any further questions! The vehicle is offered on behalf of the customer. Subject to changes, errors and prior sale. 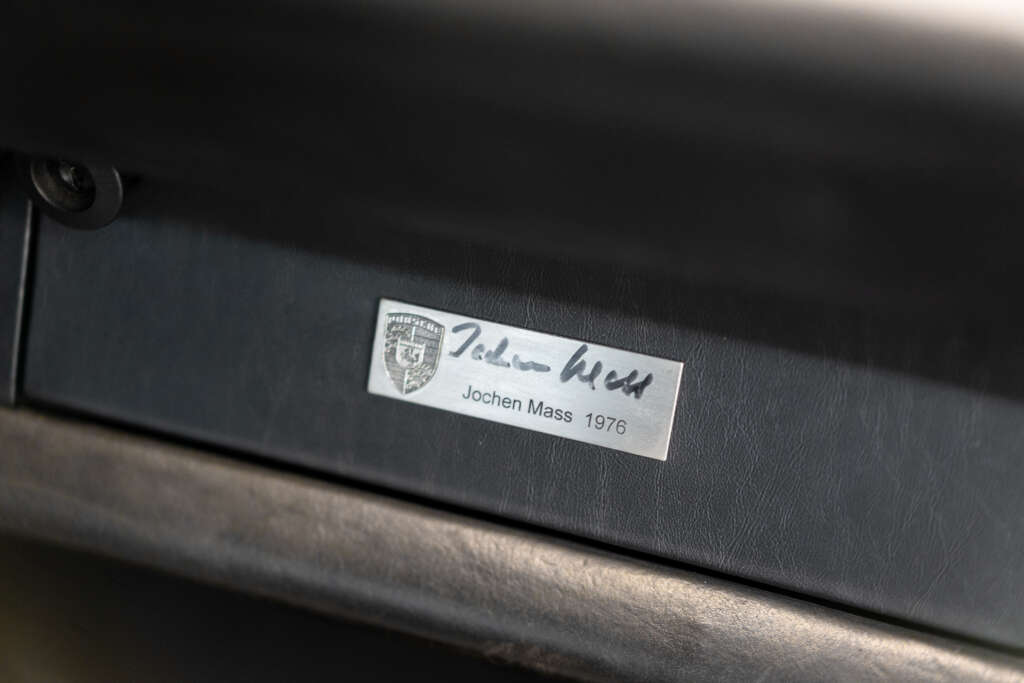