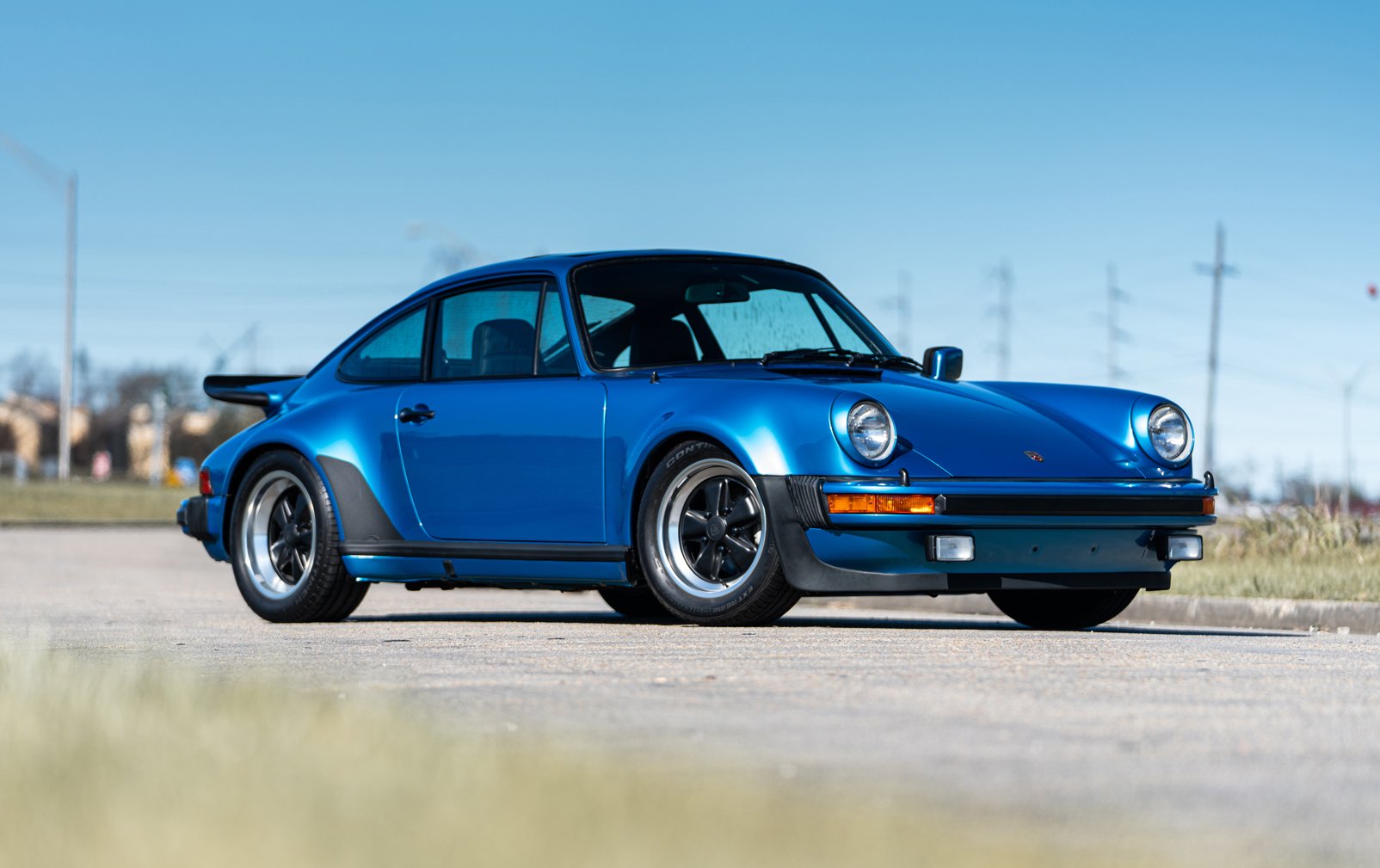 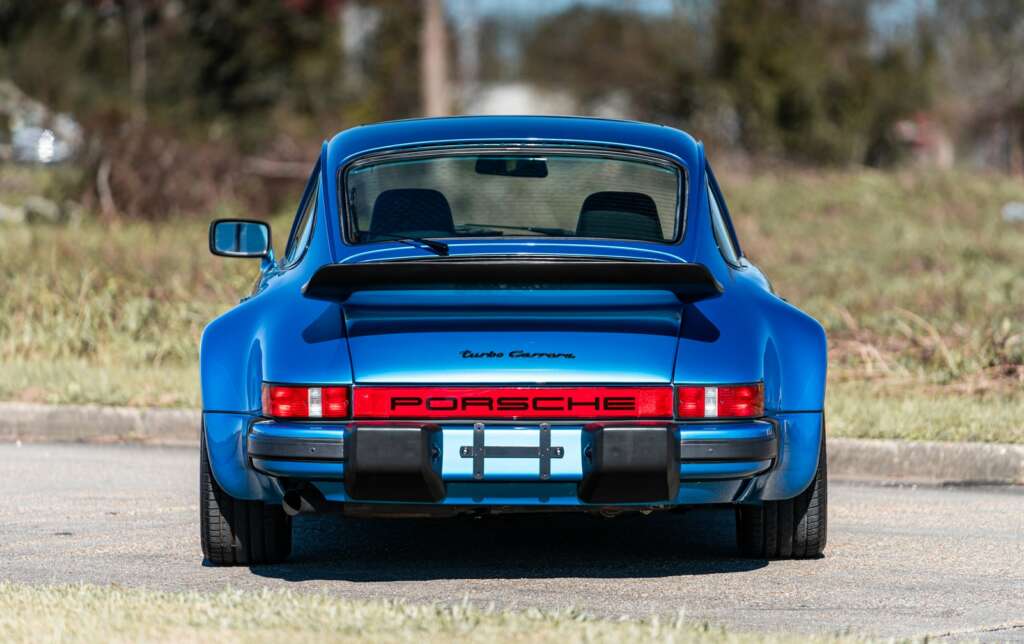 For 1976, Porsche introduced the 930 to the US market, bearing the “Turbo Carrera” nameplate underneath its distinctive whale tail. Featuring a 3.0-liter flat-six, it utilizes a single KKK turbocharger, pushing out 256 bhp. Following its success in 1976, Porsche revised key details for the 1977 model year, including adding power brakes, 16” Fuchs wheels, refined K-Jetronic fuel injection, and upgraded four-speed transaxle.

According to a copy of the window sticker included in the sale, this 930 was delivered to Taurus Porsche Audi in Atlanta, Georgia and was purchased by its first owner George Eckert.

Finished in striking Minerva Blue Metallic over black leather, it was equipped with a sunroof, US equipment, and Pirelli tires. Purchased by Mr. Hawkins around 2010, this striking Turbo Carrera has been the subject of a photo-documented restoration carried out by his in-house workshop, with attention given to the engine, suspension, brake systems, interior, and paint. Mr. Hawkins directed his crew to upgrade the engine, utilizing larger pistons and cylinders as well as the addition of SC camshafts, European exhaust, and a larger K27 turbocharger to minimize lag.

Believed to be one of just 727 Porsche 930s delivered new to the US for 1977, it has been used sparingly ever since with approximately 20,000 miles showing on its odometer. A truly stunning show-quality example, ready for spirited drives or the concours lawn, this iconic Porsche represents an opportunity not to be missed. 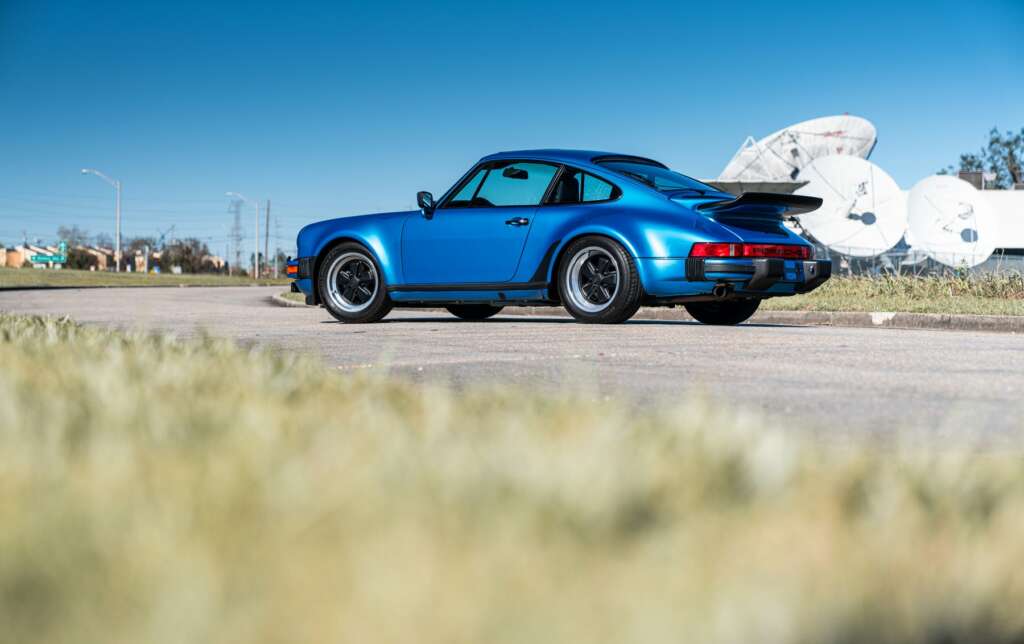 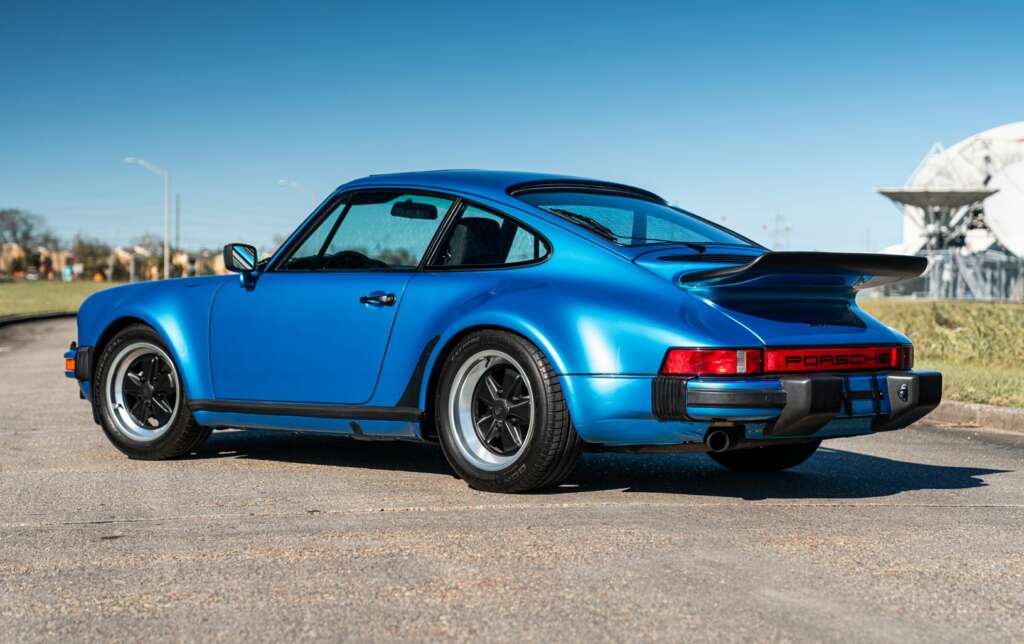 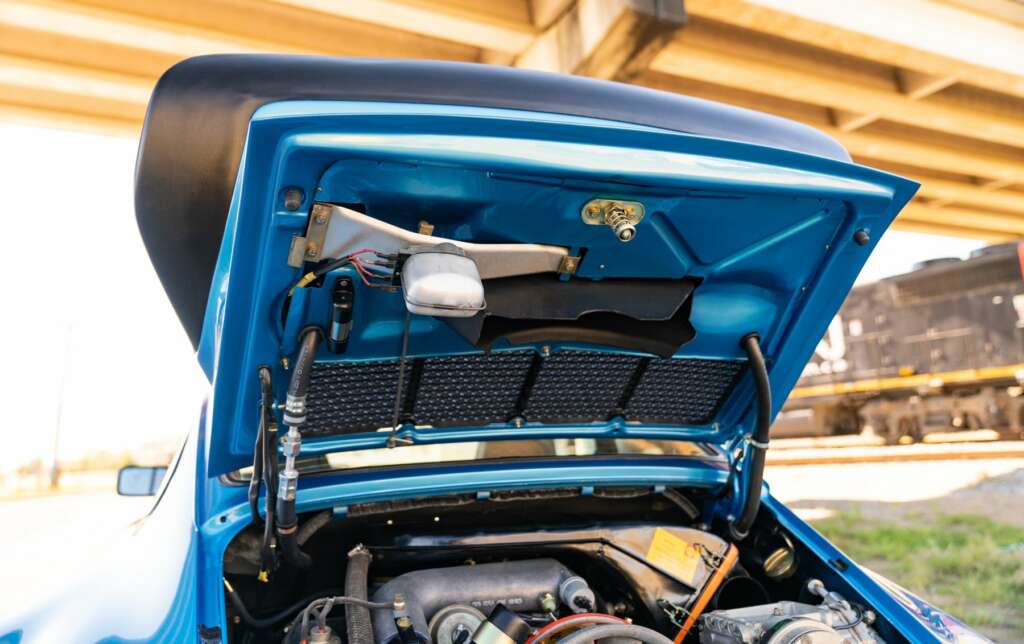 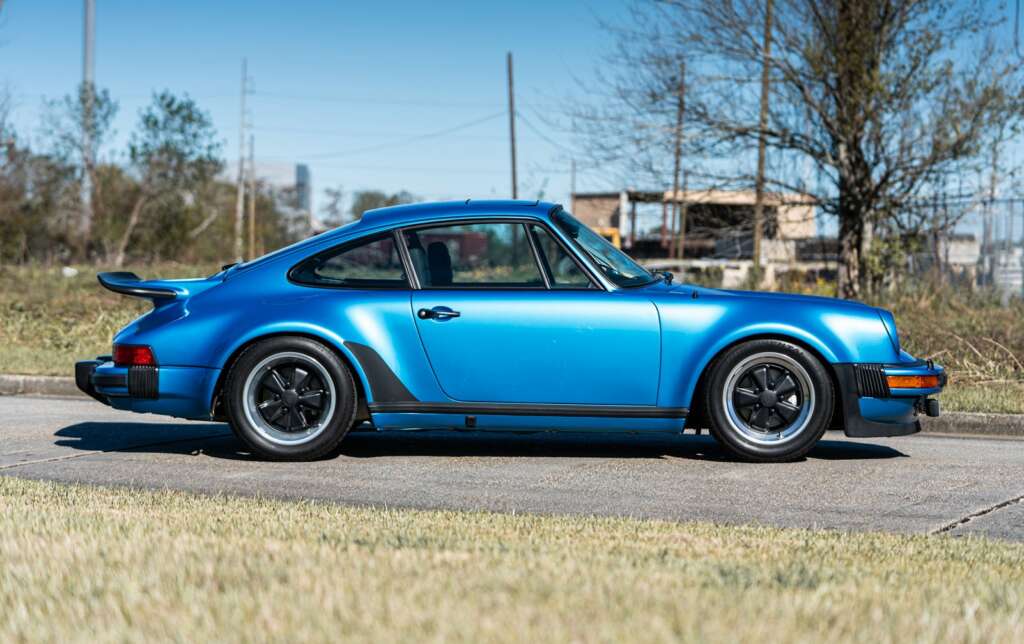