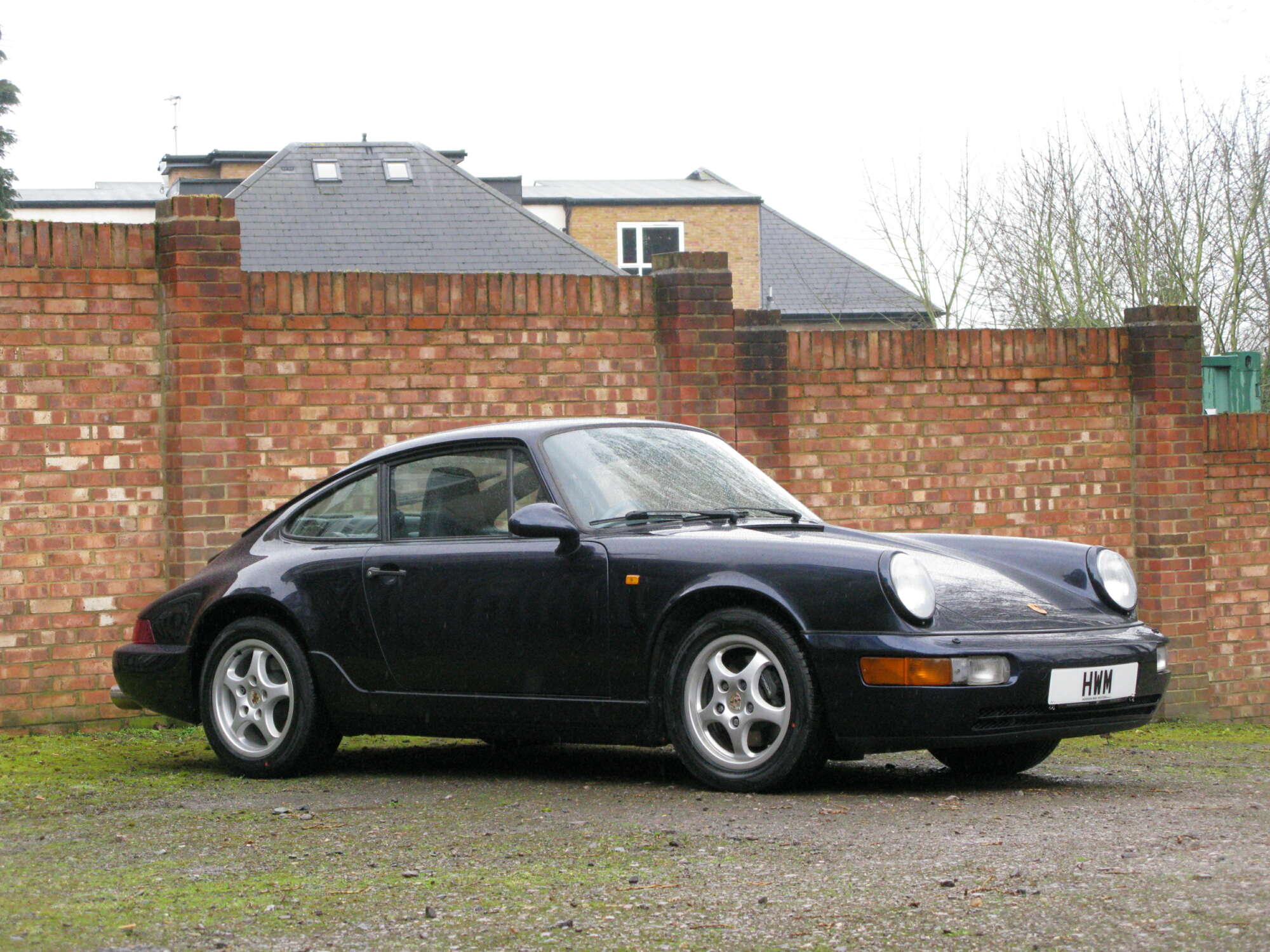 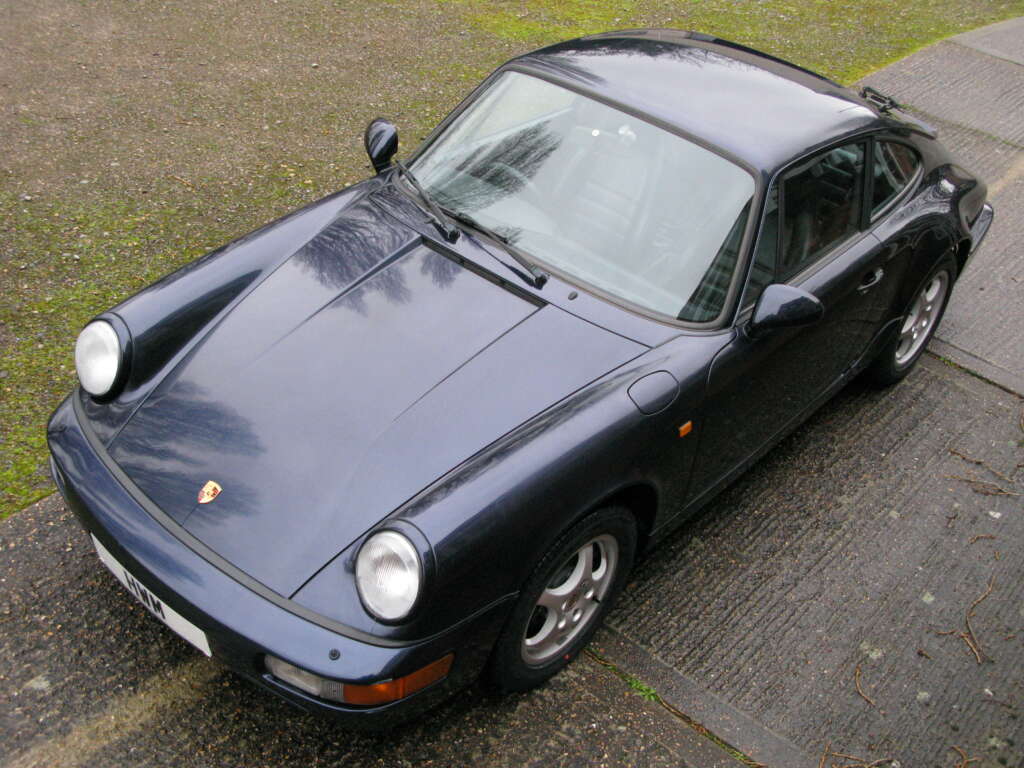 The Porsche 964 (1989-1994) superseded the Carrera 3.2 as the third generation of Ferdinand Alexander ‘F.A.’ Porsche’s iconic 911 series. Designed by Benjamin Dimson in 1986, the car was 87% new, benefitting from significant engineering revisions and innovations. The suspension was revised, with coil springs and shock absorbers replacing the torsion bars. A new engine, improved suspension and brakes, and a lightweight body resulted in excellent steering and handling for the time, traits that continue to distinguish Porsche as a marque that effortlessly merges road and race cars. Many Porsche purists regard the 964 as hosting the best chassis platform in an air-cooled Porsche.

To improve aerodynamics, Dimson designed the fog lamps and exterior bumpers to be flush with the car. A new, electric rear spoiler raised when travelling at over 50 mph (80 km/h), lowering at reduced speeds to integrate within the bodywork. Rain gutters were reduced in size, front and rear windows finished flush to the bodywork and trim was unadorned. Although a new incarnation, the 964 sports car retains the recognisable look and proportions of the neunelfer.

Originally introduced as an all-wheel drive ‘Carrera 4’ or C4, the Porsche 911 964 boasted a new, naturally aspirated 3.6L flat-six engine called the M64, which utilised new forged pistons, the compression ratio raised to 11.8:1. For the first time, ABS brakes and power steering were added to the 911 as a standard feature. The 964 was the first car to be offered Porsche’s Tiptronic automatic transmission and all-wheel drive as options. In 1990, all pre-964 models were discontinued, and the rear-wheel drive Carrera 2 (C2) introduced. The C2 debuted in the same year as Porsche’s lightweight Carrera RS, based on the ‘Carrera Cup’ race car. Other variants included Turbo speedster and 30 th Anniversary C4. Both C2 and C4 were available in coupe, Targa, and Cabriolet bodystyles. There were few visible differences between the Porsche C4 and C2 but were reported by Porsche to have the same performance figures, with a top speed of 162mph and capable of 0-60mph in 5.7 seconds.

As catalytic converters were becoming compulsory, the ‘M64’ was required to run with or without them. A revised Bosch Motronic ignition and injection system produced 250bhp and 228lb-ft torque. Alongside the state-of-the-art Tiptronic transmission available on the C2, the 3.2 Carrera’s standard five-speed manual gearbox was developed, featuring stronger ratios to cope with the increased power and torque. The new C4 and C2 featured new brakes, although they were derived from the 928 S4. 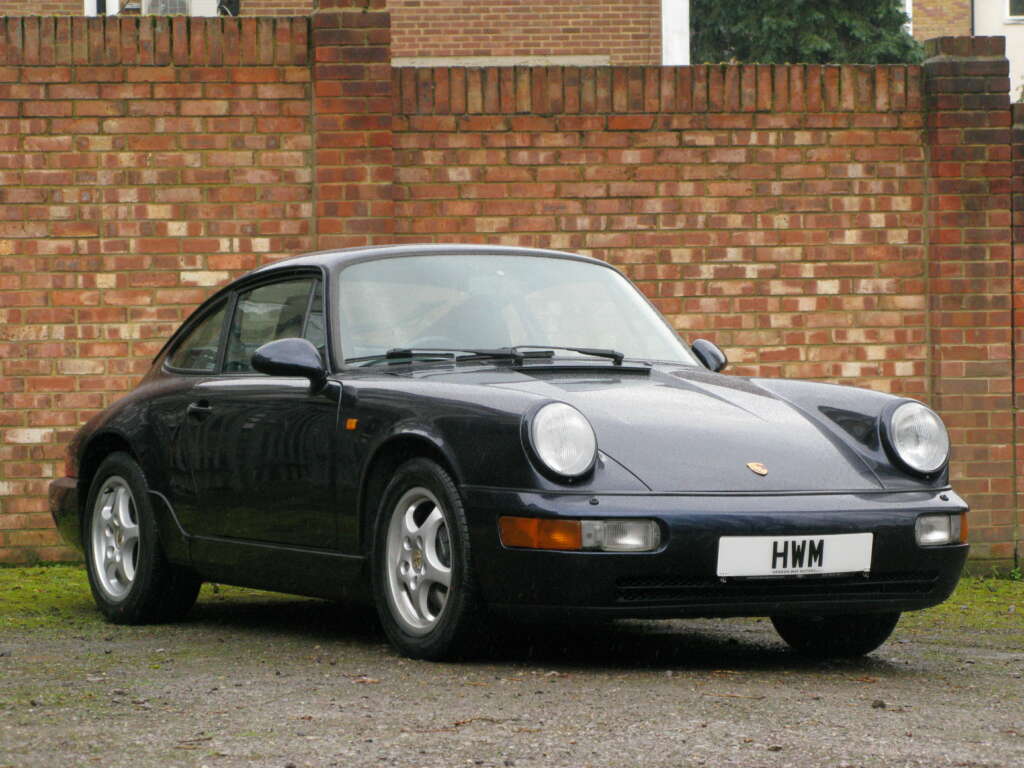 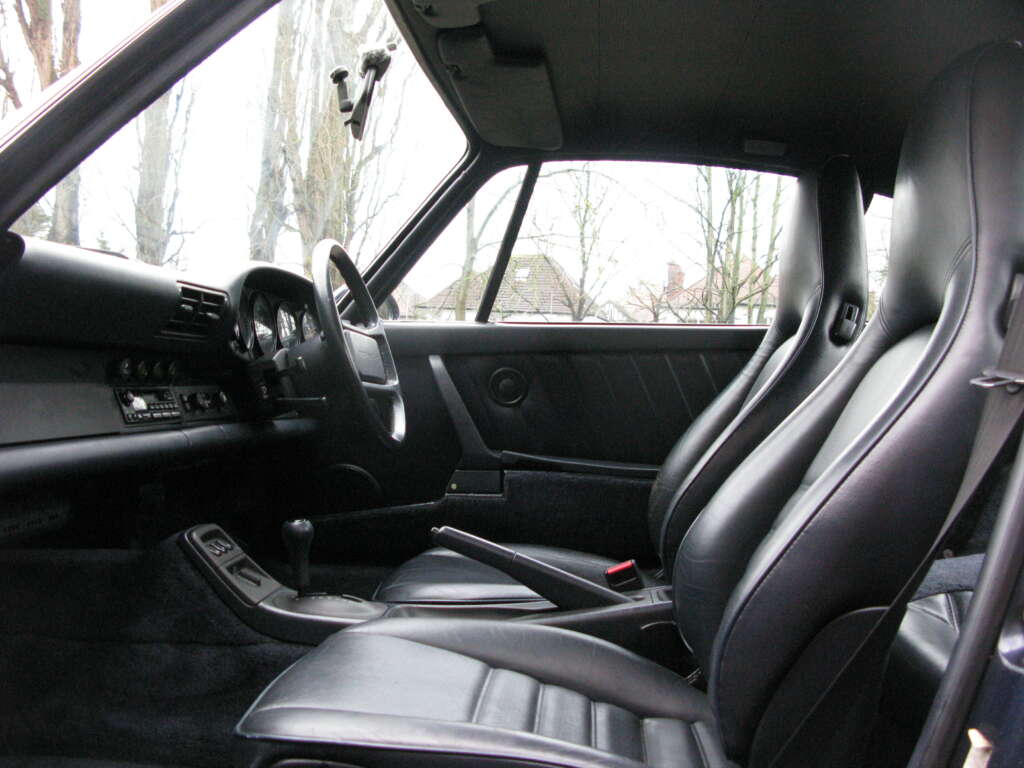 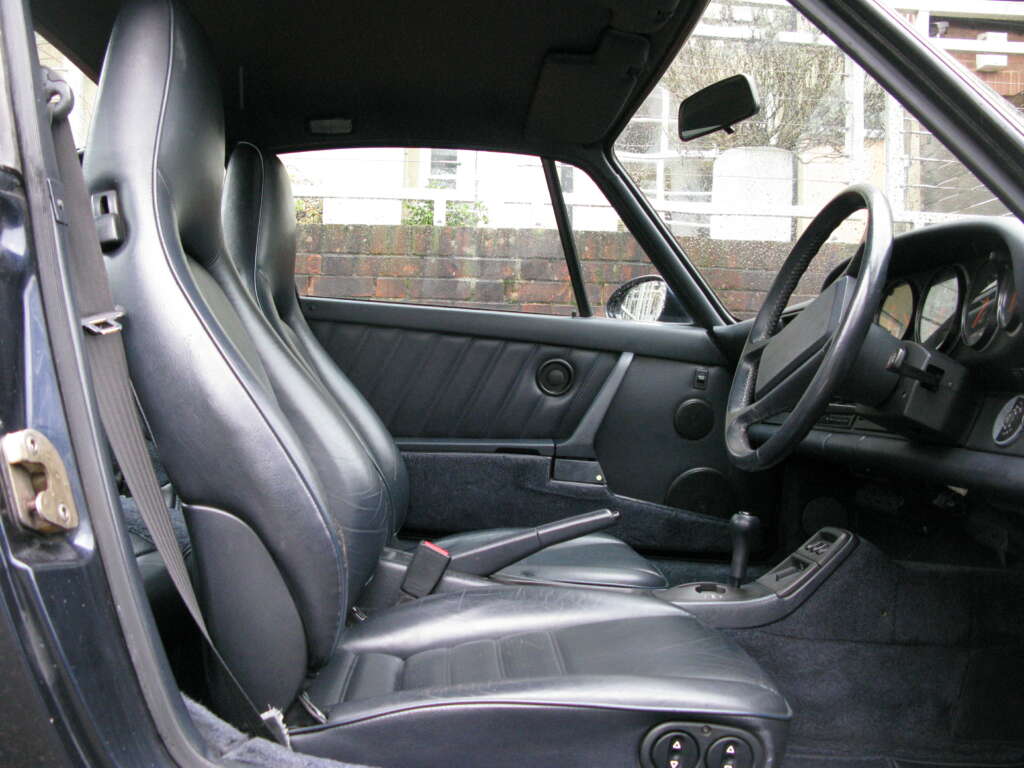