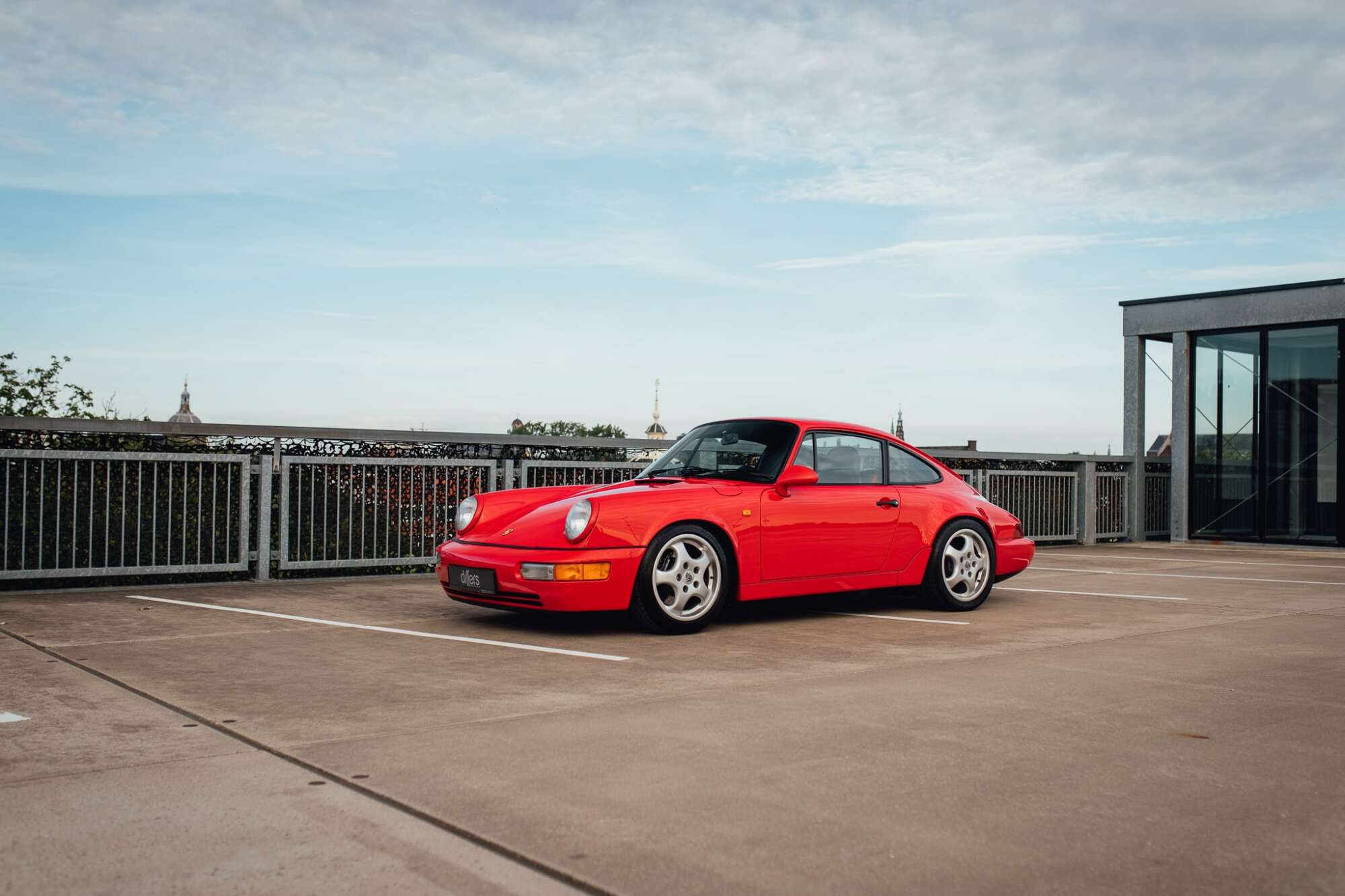 An exceptional and original example of one of the most iconic Porsche 911s ever built, the 964 RS is without a doubt the most analogue and pure ‘street’ Porsche of the last three decades.

With a production total of only 2,282 the Porsche 964 RS is a rarity, and to find one in such beautiful, untouched condition is even rarer. The striking Guards Red paint is as it left the Zuffenhausen factory in 1992 and is still in a fantastic condition. The 911 has never been resprayed in the 28 years since new and has no repaired accident damage or dents. To verify this, the current owner has spoken to all previous keepers of the car, who have confirming there was no previous damage or repainting. Furthemore, paint meter readings have been taken, which also indicate that the car retains its original factory paint. 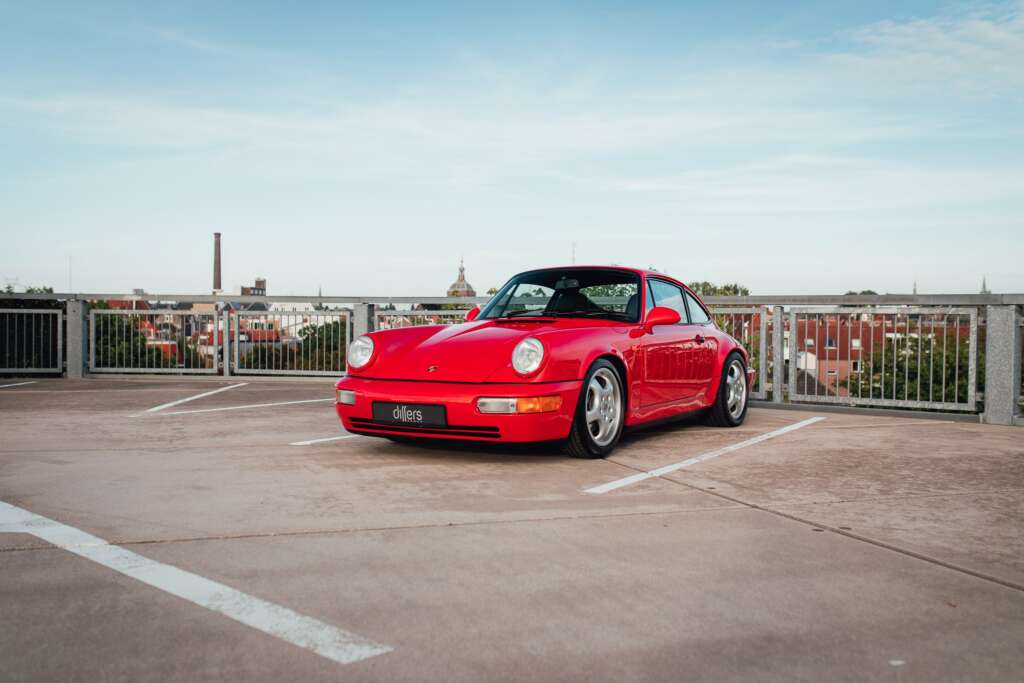 There are some minor stone chips at the front, as one might expect after 40,036 kilometres, but the current owner decided to leave them untouched since repairing them would spoil the 100% original condition of the car. The four magnesium wheels, specifically designed for the Porsche 911 RS, are the original factory fitted items and are in superb condition.

The interior, with RS specific lightweight seats in black and grey leather, is completely unmodified and has never been repaired or re-upholstered. It shows no signs of cracks or wear and there is only a very small blemish on the passenger seat. All buttons, switches, instrument gauges and lights are in perfect working order.

In 1992, the first production year for the RS, this 911 was delivered to Dutch Porsche distributor Pon, which kept the car for four years. In 1996 Alfa Romeo dealer Piet Baak was able to purchase the car, which until then had clocked only 7,000 kilometres. Baak kept the car for ten years, after which renowned Porsche specialist and 964 RS aficionado Eric Wolbert added the red RS to his stock.

Wolbert then sold the 911 to German sports car dealer Andre Thunemann, who found a Norwegian customer for the RS. The new owner planned to modify the RS for circuit use, but after realizing how immaculate and original this RS was, he decided to sell it and invested in another Porsche for his racing ambitions. Its next custodian was a helicopter engineer, who maintained the RS as meticulously as the aircraft at his workplace.

In 2011, its previous owner added the 964 to his Porsche collection. Following a memorable 2,500 kilometre road trip in 2012, the RS was only used sporadically, partly to not spoil its first paint, partly to keep the mechanics in healthy condition. On arrival in Norway, the mileage read 32,000 km and after 14 years this has risen to a still very low 48,600 fully documented kilometres. This car is re-imported in The Netherlands during 2020 and is registered on its original Dutch license plates.

A 964 RS is not about horsepower (260PS), 0-60 (5.2 sec) or top speed (162 mph), but about driver involvement. And with a kerb weight of only 1,220 kilograms, a close-ratio gearbox and asymmetrical rear differential, this is a circuit car for street use. Speaking of circuits, this 964 RS has never been raced, and there is no evidence of any track modifications that would suggest a hard life. All indicators present this 911 as a cherished example, and the striking original condition of the paint, interior and mechanics attest to that.

The Porsche 911 RS stands apart from the Carrera 2 it was based on with a slightly more powerful 3.6 engine, a modified gearbox and 40 mm lower suspension, but the most notable difference was the weight. The RS was 175 kilograms lighter than the Carrera 2. Porsche attained this weight loss by deleting creature comforts such as sound deadening, air-conditioning, power steering and a radio, but also by using very light magnesium 17-inch Cup wheels and thinner glass. The steel doors and bonnet were changed for aluminium examples, and the windows wind down manually. For the last few grams of weight loss, the internal door handles where replaced by nylon straps. These adjustments made the RS the ultimate driver’s 911, which is still very usable on public roads.

This 911 has been fastidiously maintained for the last 28 years. And although it led a sheltered life for the last eight years, the RS was Porsche dealer serviced every two years. All maintenance is on record, and the current owner had the valves adjusted and the magnesium wheels fitted with new Michelin Pilot Sport PS2 tyres in 2016. After just a few hundred miles, these are still in as-new condition.

The Porsche 964 RS will be sold with full maintenance history from new, including all invoices, original service book and handbooks, tool kit and a (short!) list of all previous owners. With the undiminished interest in special Porsche 911s, this RS would be a perfect partner for the enthusiast who would like to cherish and drive this remarkable analogue sports car. 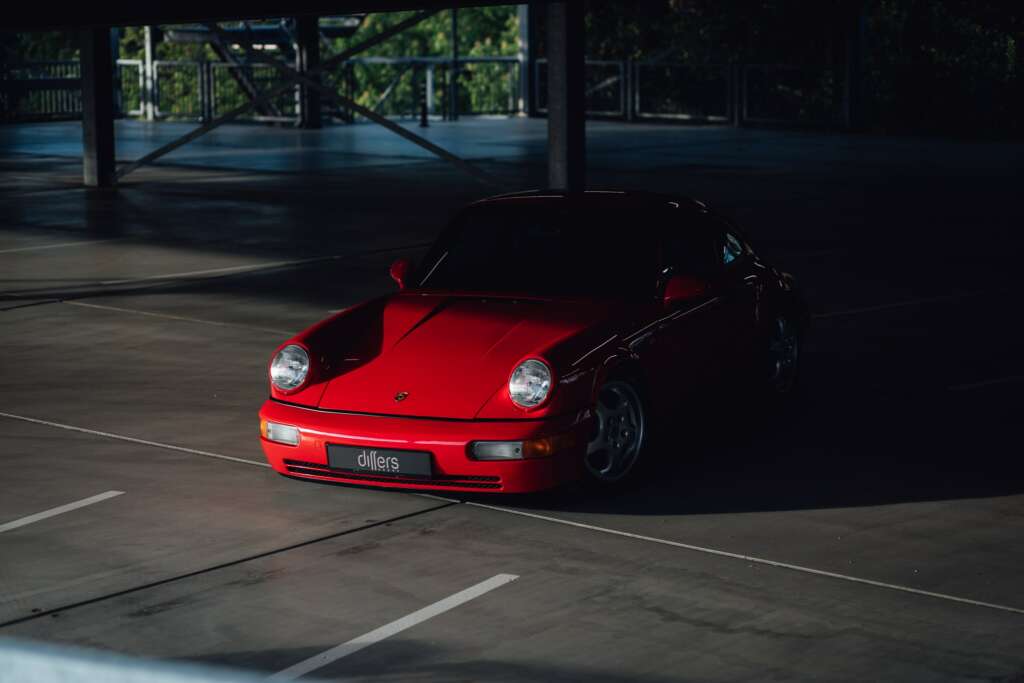 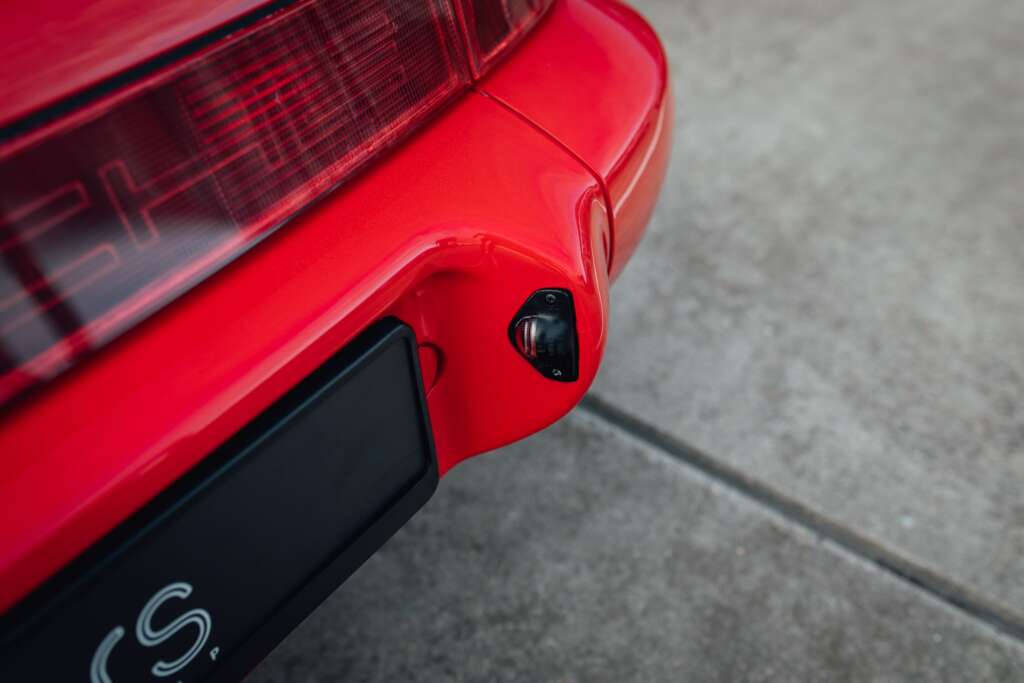 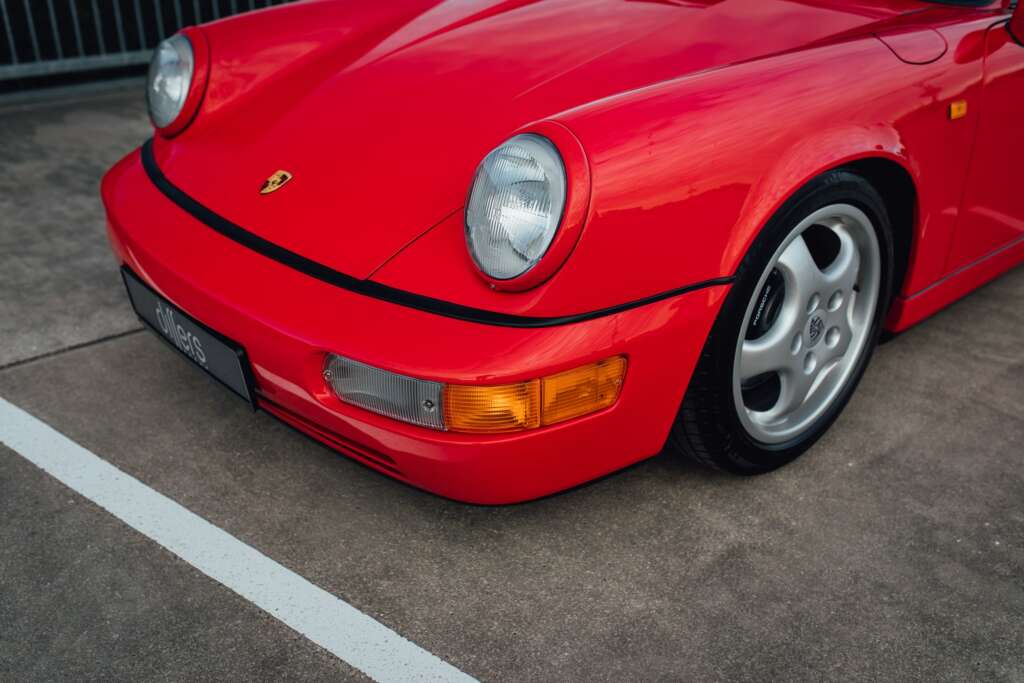 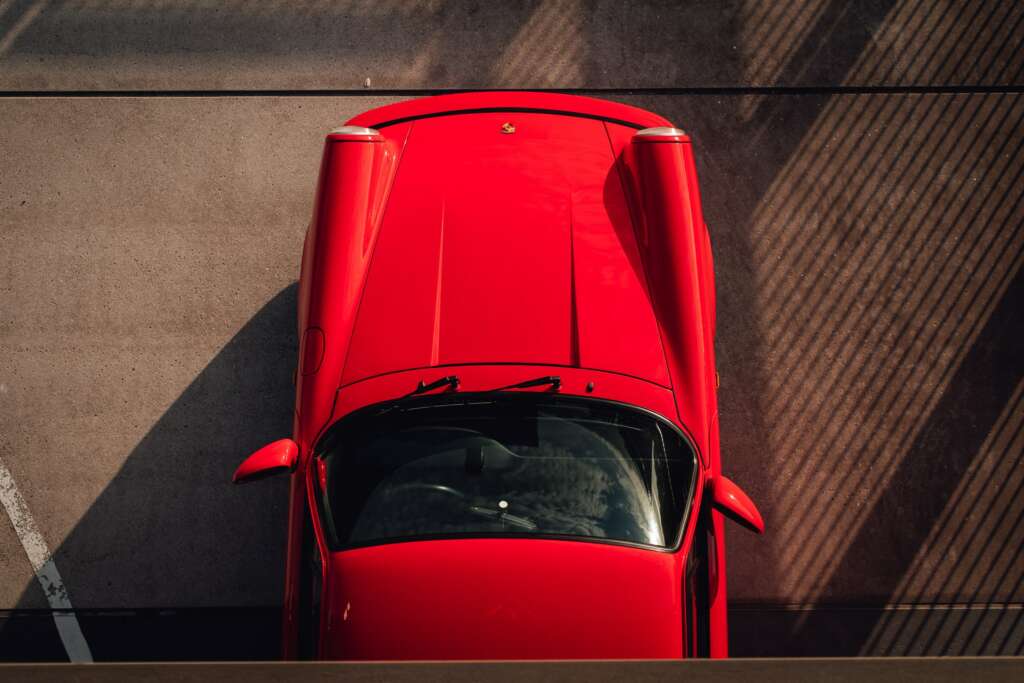 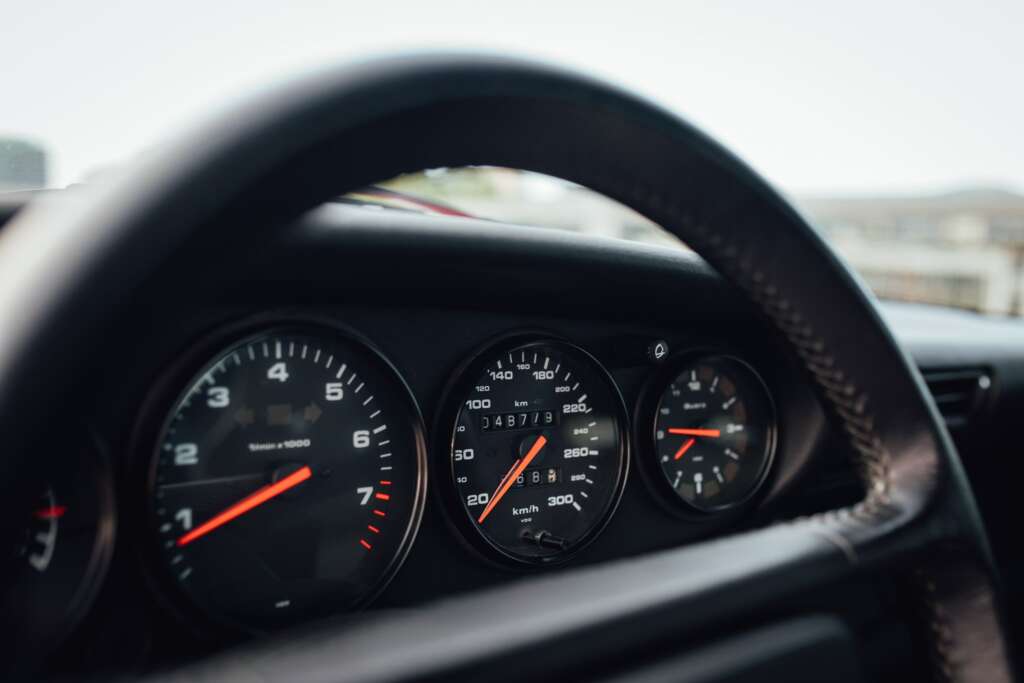 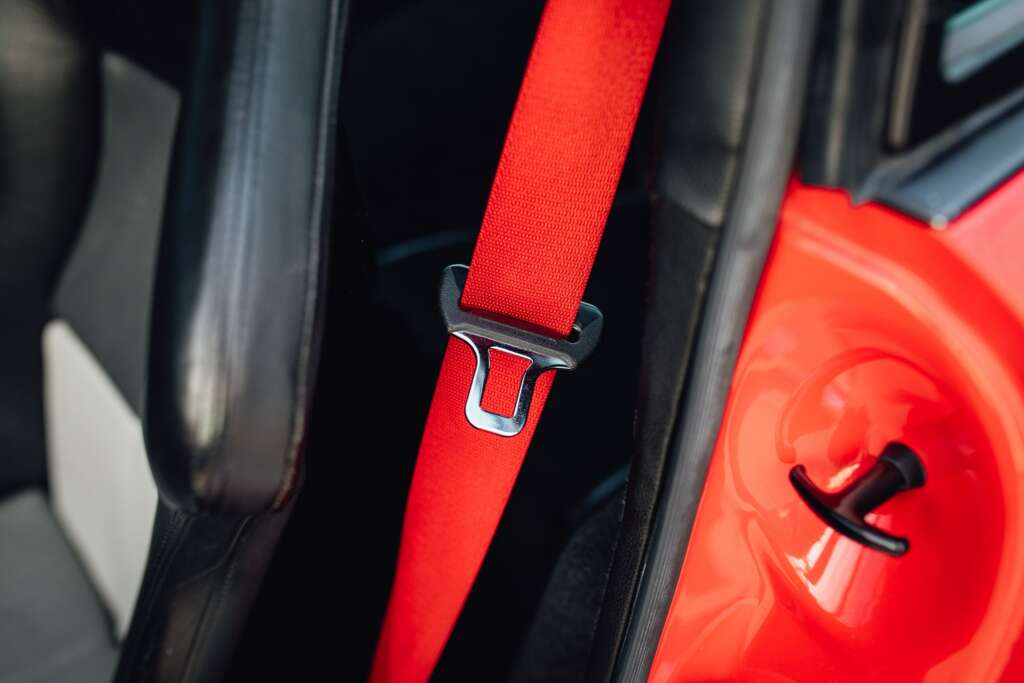 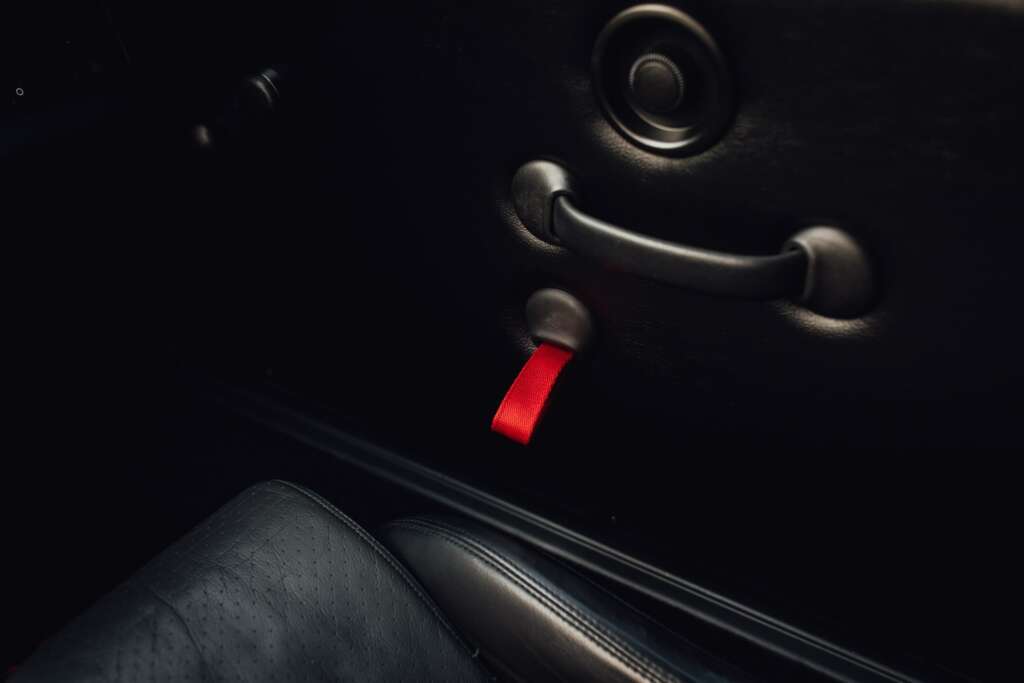 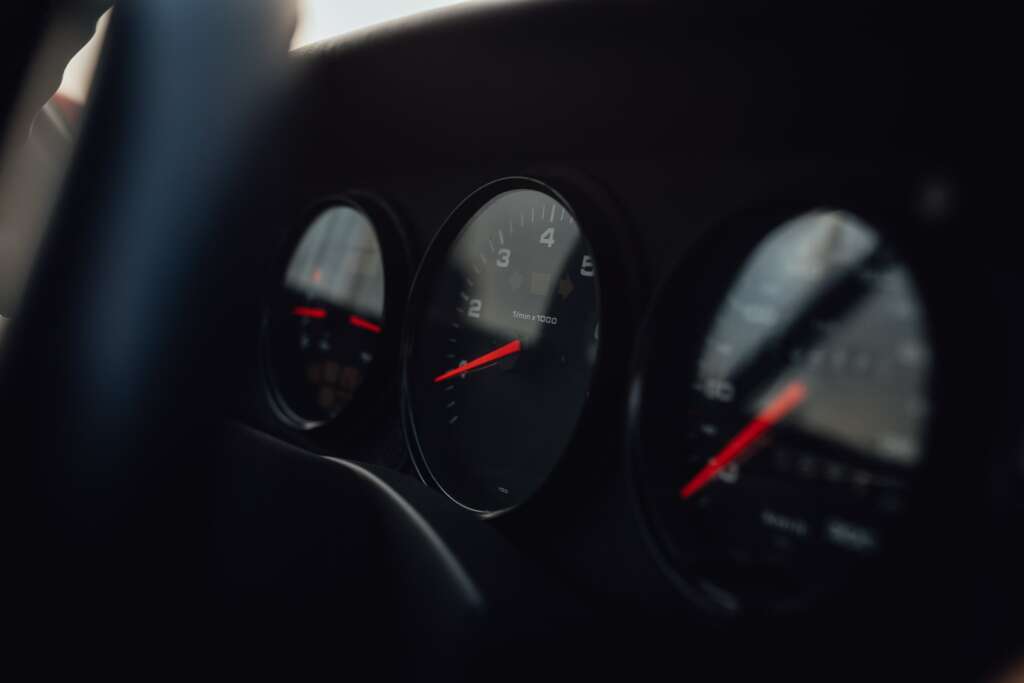 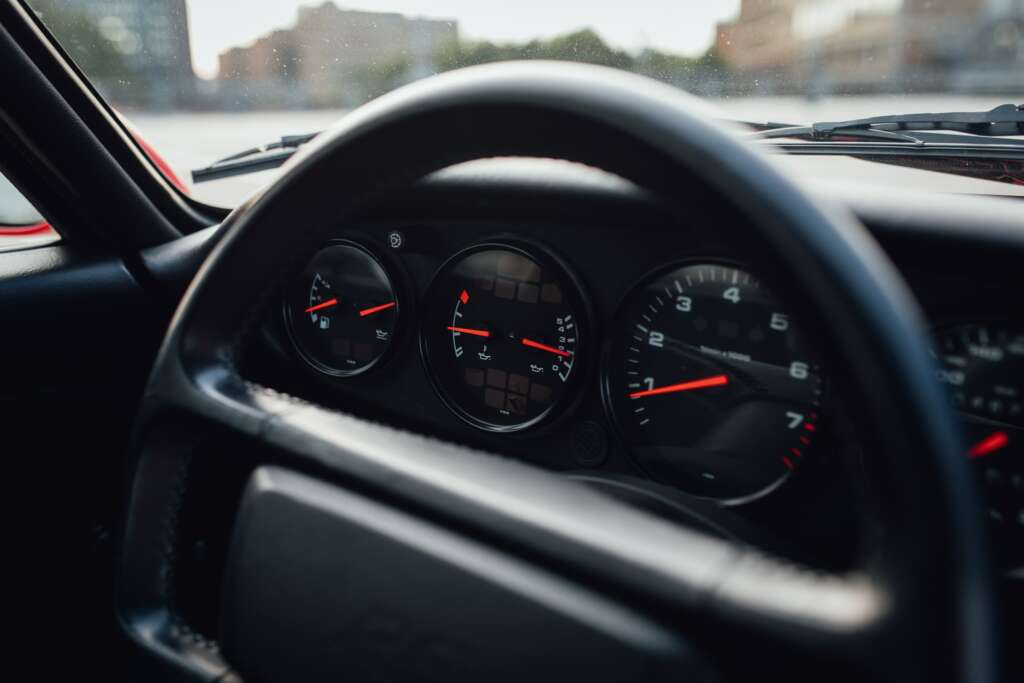 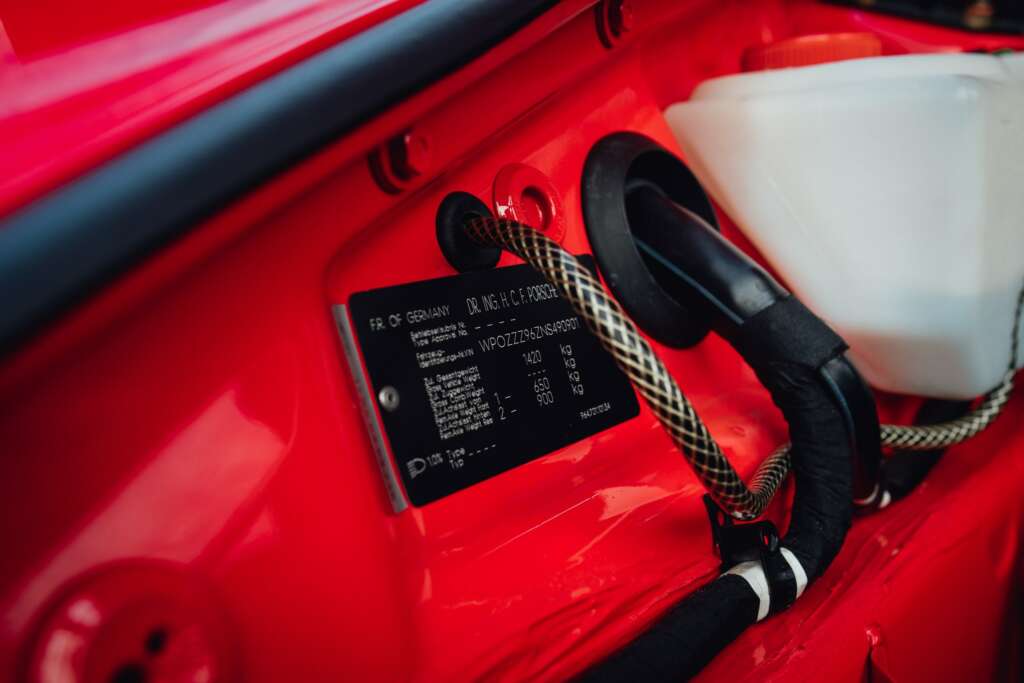 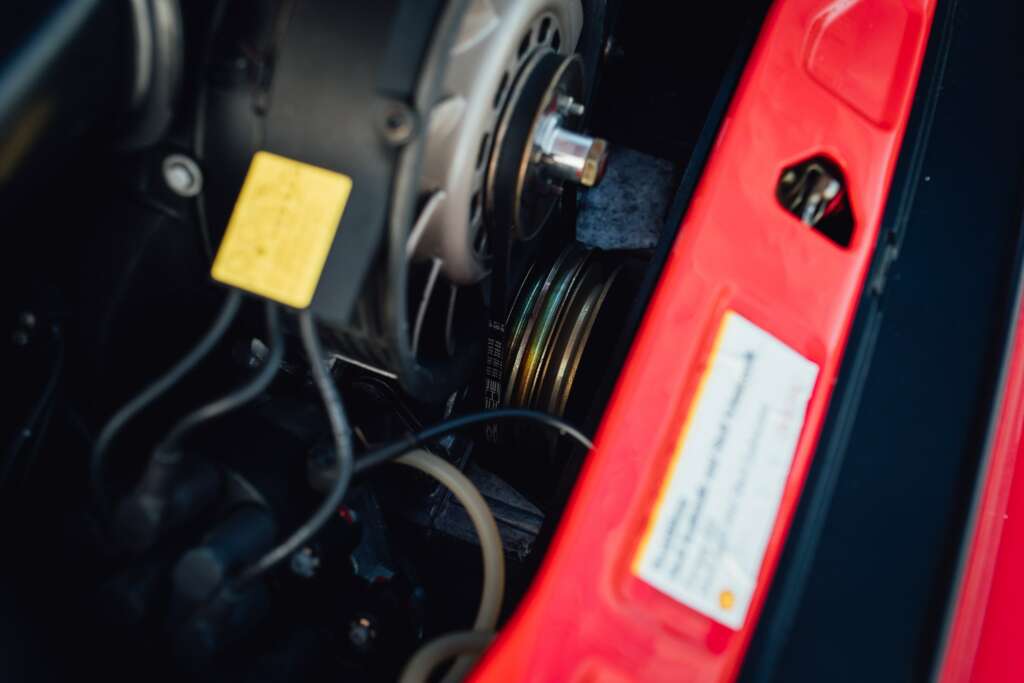 Leon van Ommen from Differs Group looks forward to your questions and is happy to help you.