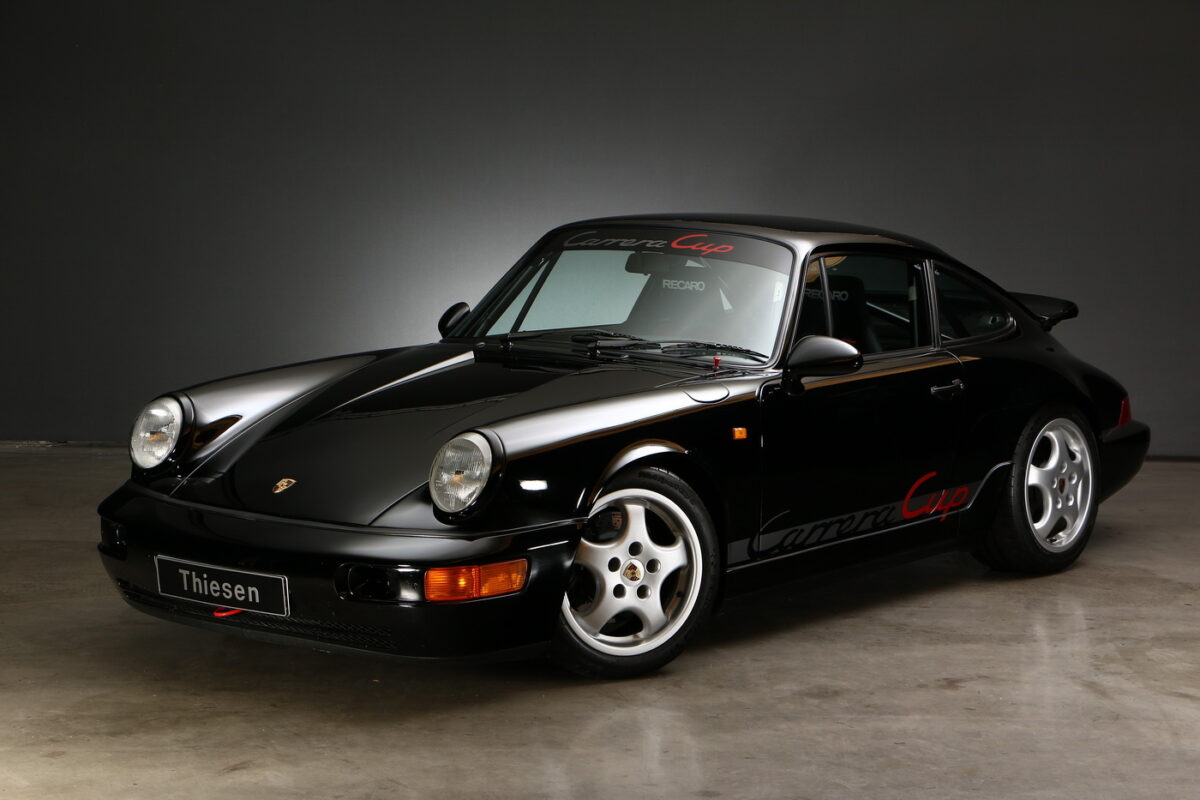 In 1990 the racing version of the 964 was created for the new Porsche Carrera Cup. The 964 Cup was characterized by a modified chassis set-up, more direct steering without power assistance, increased performance, weight reduction, a matt roll cage, bucket seats, 6-point belts, etc. The vehicle had a catalytic converter and an anti-lock braking system. In 1992 the 964 Cup received the body of the 964 RS and the engine now developed 275 hp. Another major change was the ABS, which can be switched off in the event of emergency braking. 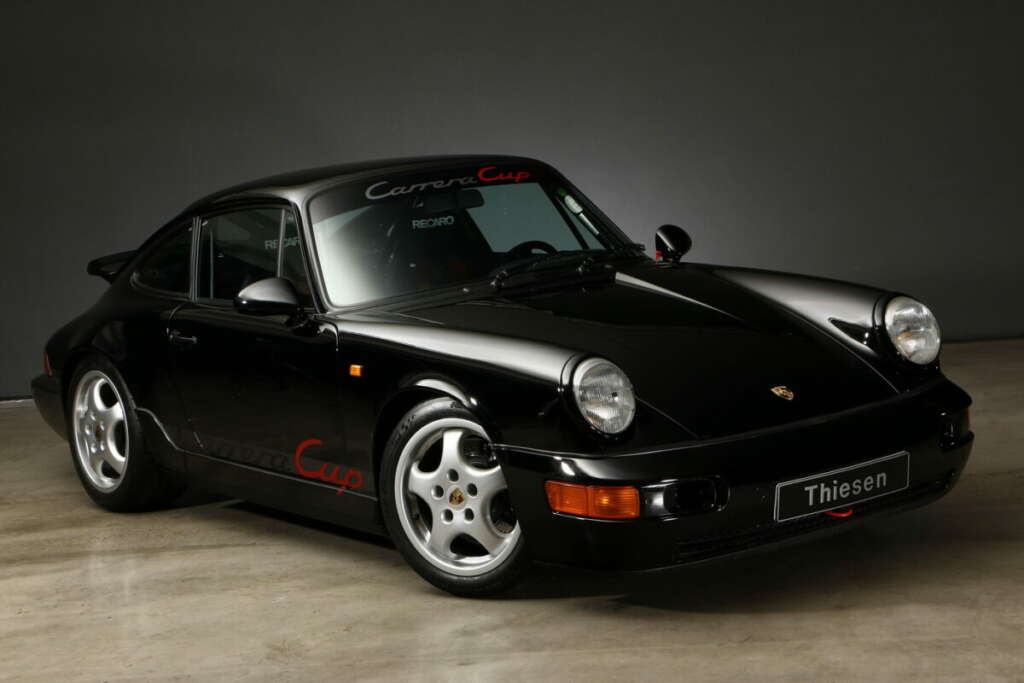 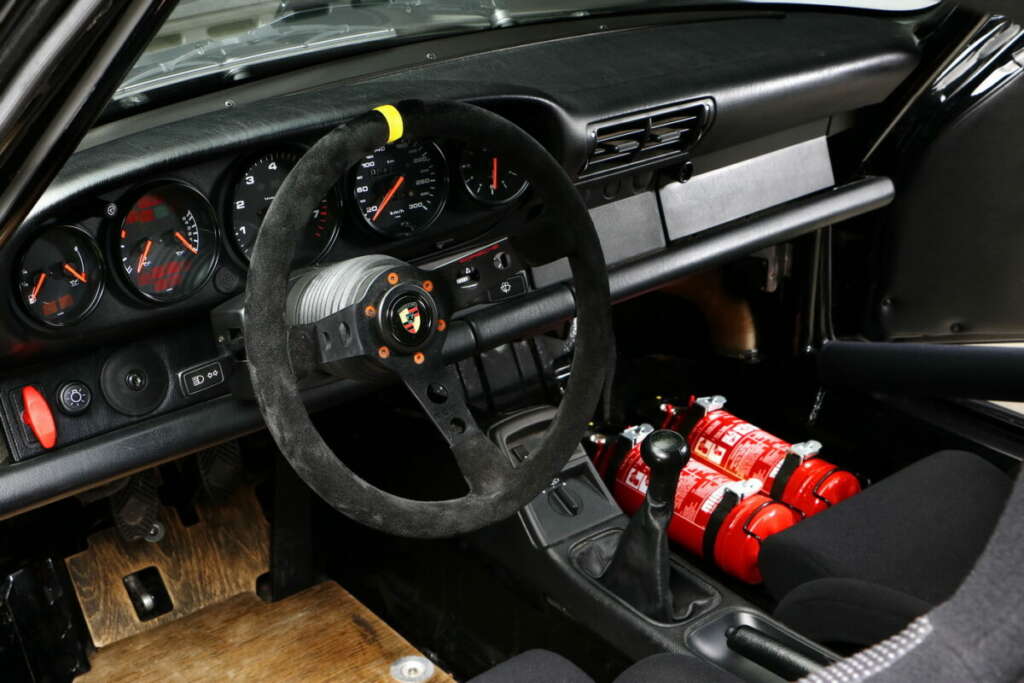 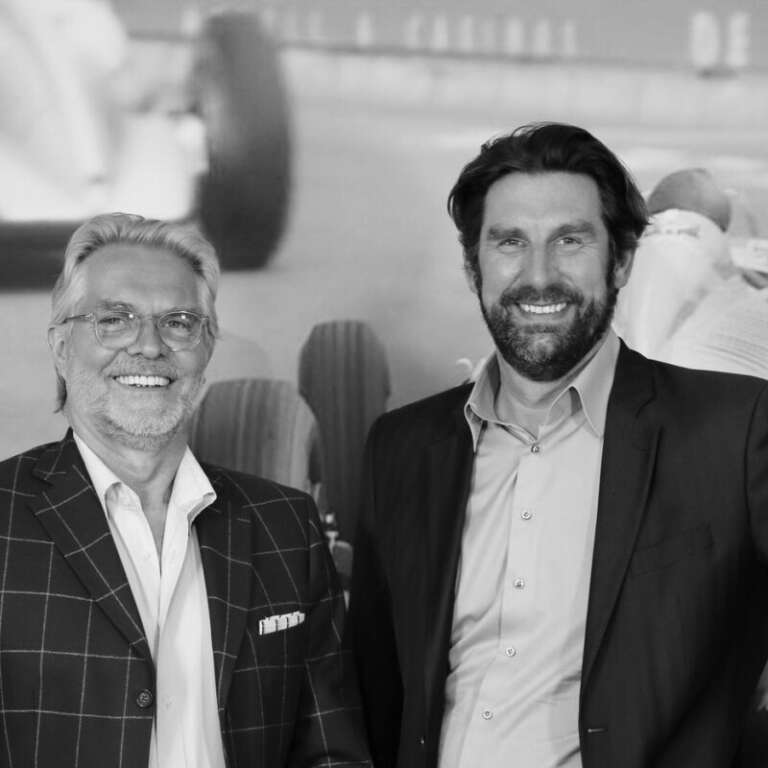