Since the launch of the very first Turbo, the 930 in 1975, it instantly became a myth, an attraction. When Porsche introduced in 1991 the 2nd generation of the Turbo, the 964 3.3 was very well received. With 320 horsepower, in rear-wheel drive without traction control, this car was the worthy heir of the 930 3.0 and 3.3. Although less dangerous than the 3.0, it was no less impressive. It will undoubtedly be, with the 3.6, one of the most mythical Turbo. A perfect reflection of its era and the excesses of its time, the 964 Turbo will even become a popular icon, starring in the 1995 movie Bad Boys with Will Smith.

The car we are offering is a rare pearl almost impossible to find today. With a low mileage, an elegant, rare and discreet configuration, it is an example with a known history. The soaring prices of the 3.6 make the 3.3 a desirable car that is still accessible. The price of the 3.3 only went up and the beautiful examples became rarer and rarer.

Today we present you a superb original example. This 964 Turbo 3.3 from 1991 is a French original (C05), distinguished by a rare and discreet configuration: Swartz Metallic with black interior. Chassis WP0ZZZ96ZMS470635, this car has always remained in France and has known only three owners since it left the factory. It has all its documentation with its maintenance booklet up to date. The factory sticker is still present under the front hood. The odometer shows 61,000 km. This is a rare original, equipped with the desirable Locking differential option (40%) and without airbag. The only departure from the original, it was repainted about 20 years ago following some paint defects and now has 3.6 rims.

The complete engine sealing has just been done. The car is ready to go ! 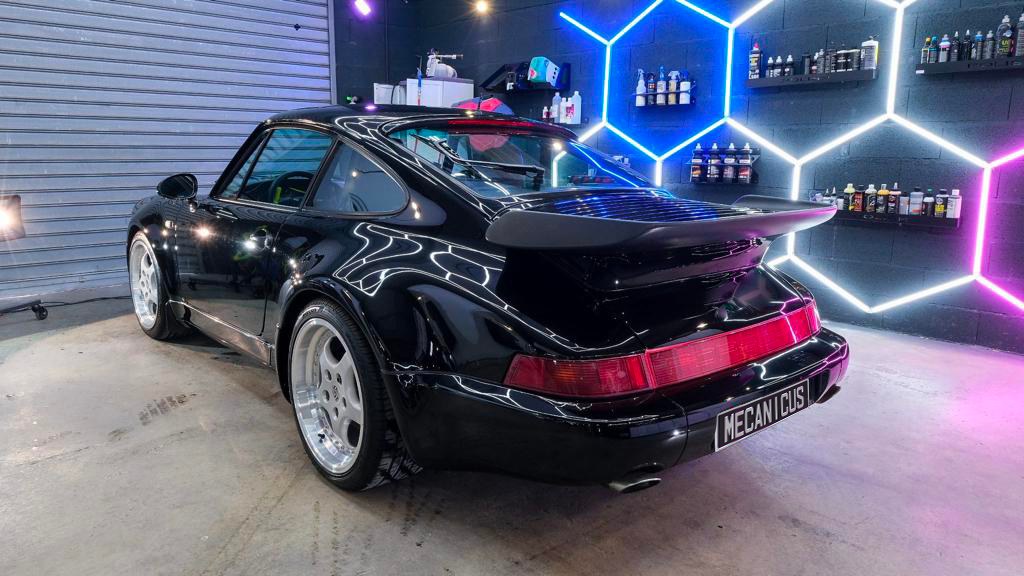 Théo Masurel from MECANICUS looks forward to your questions and is happy to help you.